The long-lost Kardashian sis No.6 and New York City’s One-In-A-Million-Angel is ready to pack her bags and take the world by storm. Come read about the doll!! 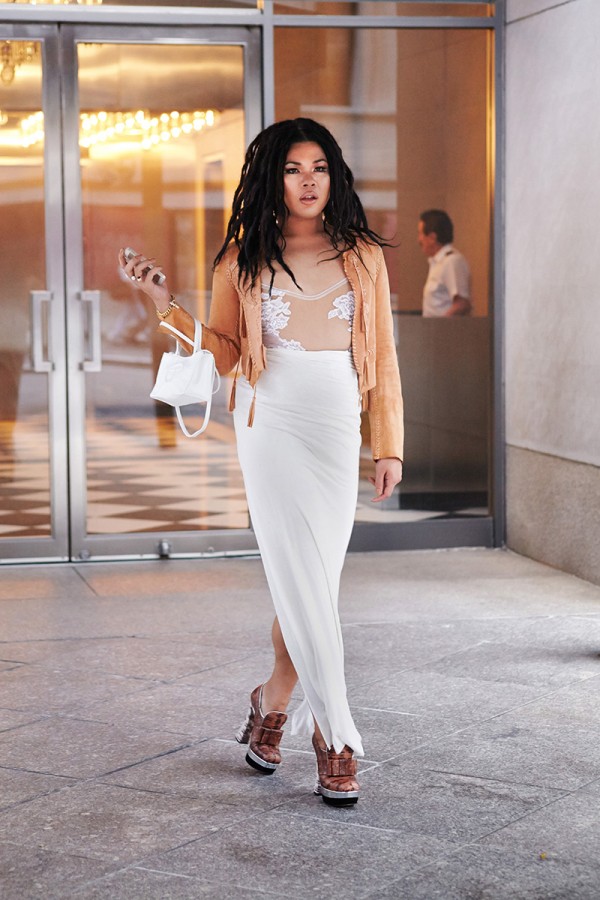 “Everything is better with a K,” Kim Kardashian told Harper’s Bazaar in 2011.

I’ma let you finish, but that was four years ago. Today, everything is better with a De. As in DeSe, as in Mz DeSe Bae Escobar—the long-lost #AltKardashian sister No.6 and living epitome of a self-made It Girl. For every person who says, “But what does she do?” there are 10 more raging to her DJ sets, checking her Insta, adopting her -isms and wishing De knew her. DeSe is, after all, a bonafide Pretty Girl, a 1inamillion angel famous for turning out. But behind all the product is a real-girl role model who couldn’t be more down-to-earth.

Arriving to her DISmiss shoot on-time, makeup-free and carrying all her own clothes, the look (per DeSe’s request) is ALT Kardashian: some combination of Kim, Lenny Kravitz and Lynn from Girlfriends. Greys, tans, oatmeal and black dominate the color palette, a dreamy departure from the Pasadena native’s signature blend of tropical chic. We venture uptown—something DeSe says she does only to shop Haute Hippie—starting off high brow on the steps of the Met and ending #lowbrowdespicable with a Chicken And Ribs Combo at Dallas BBQ.

That no shame, high-to-low, up-for-anything attitude is what makes DeSe the boho free spirit she is. But on any given De—she’s a character who reflects intelligence through creation, through a fierce bond to her sisters and the community she loves. Someone once tweeted, “Once you get a taste of @worldwideDESE you just wanna see her everyday.” And it’s true—De always want more!

Anna Soldner: What’s good in the world of Mz DeSe?

DeSe: I love my life right now and can’t complain about a thing. Right now Mz DeSe is getting ready for fashion week and her birthday, which will be celebrated on my actual birthday, September 26, at Club Republic aka Passion Lounge in Bushwick, Brooklyn. A few Libra boos will be joining me to celebrate Libra season. Stay tuned y’all !!

When is E! going to air the new Kardashian spin-off, Being DeSe?

I was actually thinking more of a dating show called I love DeSe similar to I love New York on VH1.

Your style is #OVAkardashian, but your attitude is very #ALTKardashian. Aside from you, who’s the most relevant Kardashian right now?

I’m very into Kylie right now! She is young and knows how to be #different. I was living for her look at the MTV VMAs. Kylie is a wild girl and that’s how I’m feelin right now. 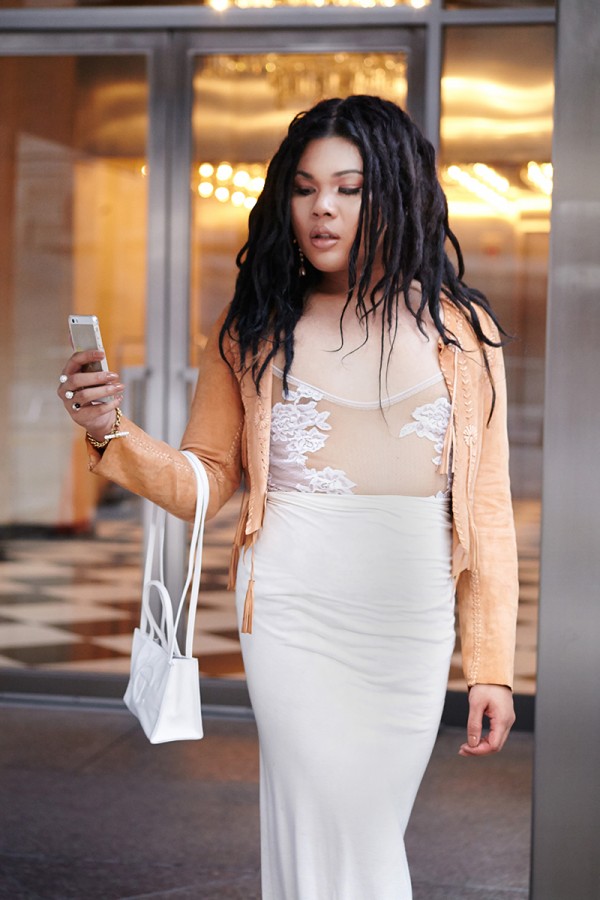 What’s something the Kardashian sisters could learn from you?

How to take their look to the next level but I’m more into the idea of learning from them.

And who’s your fave Kardashian?

Kim always!!! She is doing a good job representing Libra women. She is always well-dressed and the face is always beat ! 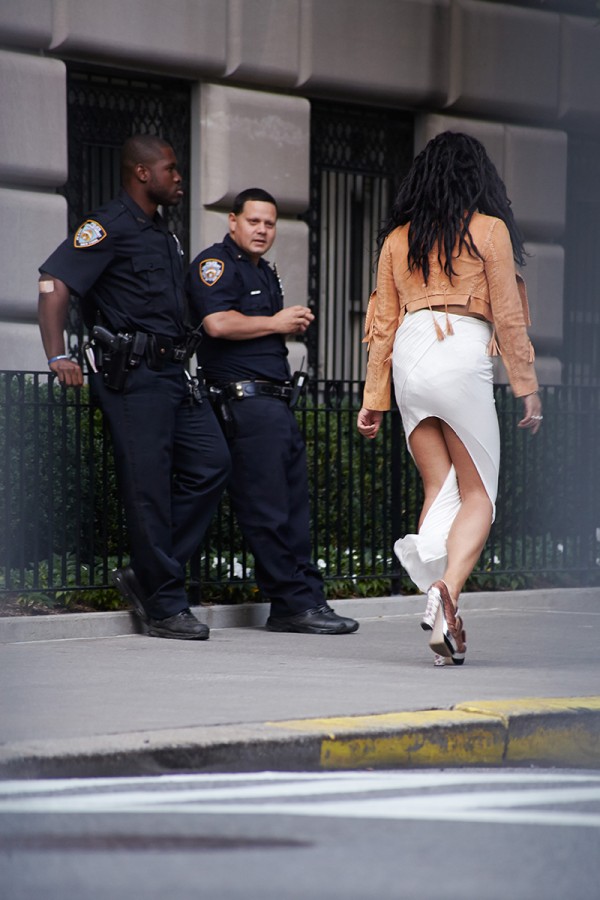 You coined the hashtag #serenitypost. What’s the philosophy behind that life?

#serenitypost is about your serenity goals whatever they may be. There are currently 600 post on the #serenitypost hashtag thanks to the boos and followers. When it gets to 1,000 I’m Finna publish a book of my favorite #serenityposts.

Serenity is also the name of your super popular and adorable puppy. What kinda mom are you?

I’m a graceful caring mother who makes sure her children understand vanity and fashion at an early age. I like to stay up-to-date with my children much like Kris Jenner. Serenity aka Sabrina aka CC is still a puppy and a bit stubborn but she’s very friendly and sweet. I try to take her with me everywhere so she can learn how to be social and work a room at an early age. She is going to LA to visit her grandparents and aunties in the fall. 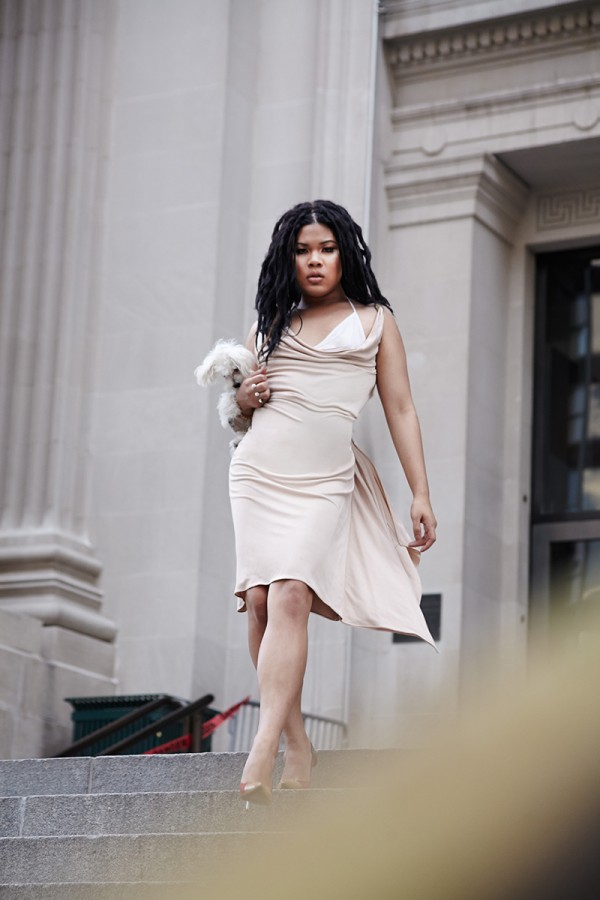 DeSe and baby Serenity having a Blair Waldorf moment on the steps of The Metropolitan Museum. Dress by Haute Hippie, shoes by Stella McCartney.

Nightlife is one of your platforms—you’re always out and about the rage. As someone who identifies as transgender, what does visibility mean to you?

Visibility is very important for transgender girls. More importantly in daylight rather than nightlife. I put myself out there for the world to see that I’m out here as a trans girl living and doing things like normal girls such as the Kardashians. I’m very thrilled to see more and more trans women out in public and the media spreading the trans awareness rage. Nothing really fazes me (haters, transphobics, homophobics, basics and thots). I’m trans and I’m out here! Trans girls will always and forever be the rage of the universe. We are all very special and need to be seen !!!

Which people have most influenced you in your journey?

My girls Dosha, Bailey, and Juliana made me feel more comfortable with my transition. They were there for me since the beginning of my transition! These bitches held it down for the doll! They also made it more fun which made everything feel normal. Juliana was the first to transition and I was really inspired by her strength and determination. She is really out here serving fish. Dosha says the goal is to be so fishy that ur just a piece of slimey wet slippery fish flopping out of the tank. I also want to give a shoutout to my girl Diana Tourjee and my trans counselor Cecilia Gentili at APICHA transgender clinic for helping me with my transition. It’s been almost a year on ‘mones and I have no regrets. Come see about my journey… 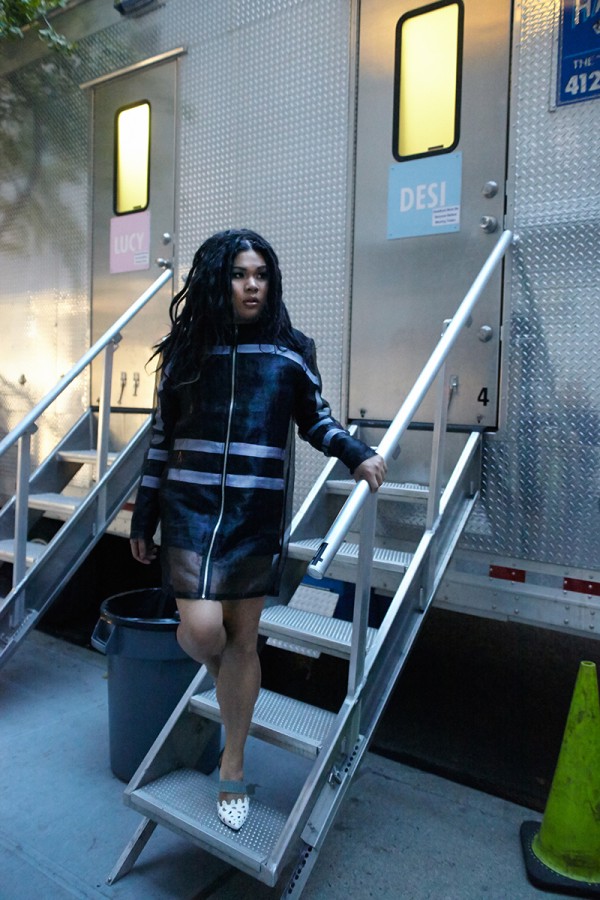 Good things come to good girls: After spending a fabulous afternoon on Manhattan’s Upper East Side, we discovered a movie trailer with DeSe’s name written all over it. Hood by Air top (as seen on Kylie Jenner!), Proenza heels.

Everyone wants to know: who are you wearing these days?

This summer I was very into Haute Hippie and Free People. I wanted to try to be that girl who shops at intermix and wears contemporary clothes. I’m still very loyal to my luxury brands—I represent for the Italian labels !! That would be Prada, Dolce & Gabbana and Versace !!

Everybody knows I be poppin out in #OVAKARDASHIAN looks but in the daytime I’m a very chill, down-to-earth tomboy. My chill side is what makes me #ALTKARDASHIAN

I’m over neoprene, sequins and draping that’s trying too hard.

My music is for the pretty girls! It’s for the bedroom R&B girls who get together for ladies night and want to act like thots for after midnight. My sets are always sexy, sweet and different.

What era would of a DeSe-hosted ball be set in?

I would love to host a ball in the year 2004. My favorite spring/summer Babyphat and Tom Ford Gucci collection came out that year. I will def be pulling those looks! My date for the ball would be Will Lemay in 2004. 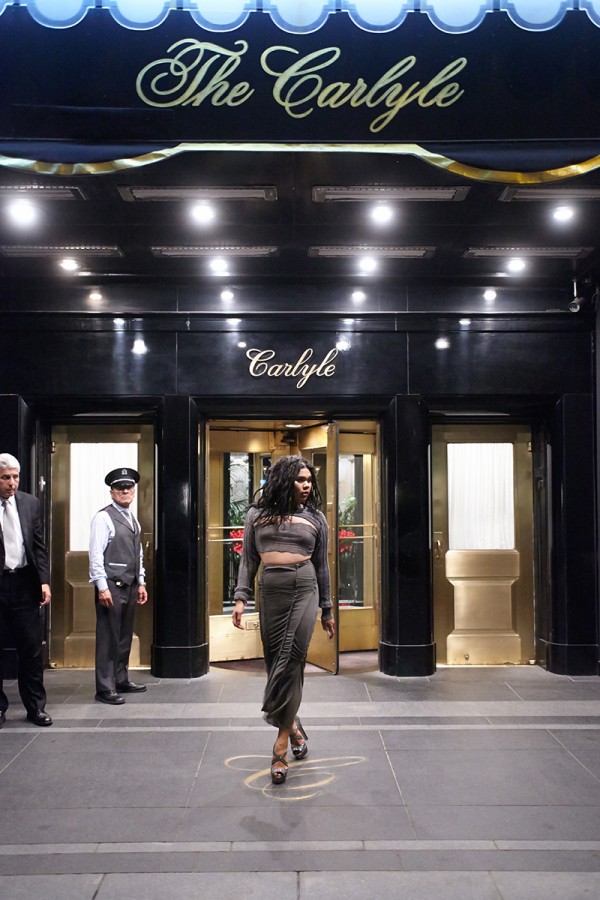 “Everybody knows I be poppin out in #OVAKARDASHIAN looks but in the daytime I’m a very chill, down-to-earth tomboy,” the DISmiss star admitted. Alexander Wang top, Donna Karan skirt, Miu Miu heels.

What’s the secret to ‘making it’ in NYC?

Talk to the universe or the lord about what you want. Be a good girl (in the daytime), put in work and be charming!

Who do you consider an It-Girl right now?

Where is DeSe going?

She wants to go away for winter. She’s trying to be outdoors with the 5-toe slip-ons and a boho dress. It’s all about being more adventurous and doing some some Travel Channel shit while giving outdoor Kardashian looks! If any of y’all fellas out there who like my shoot and wanna take the doll camping you already know what it is!!! 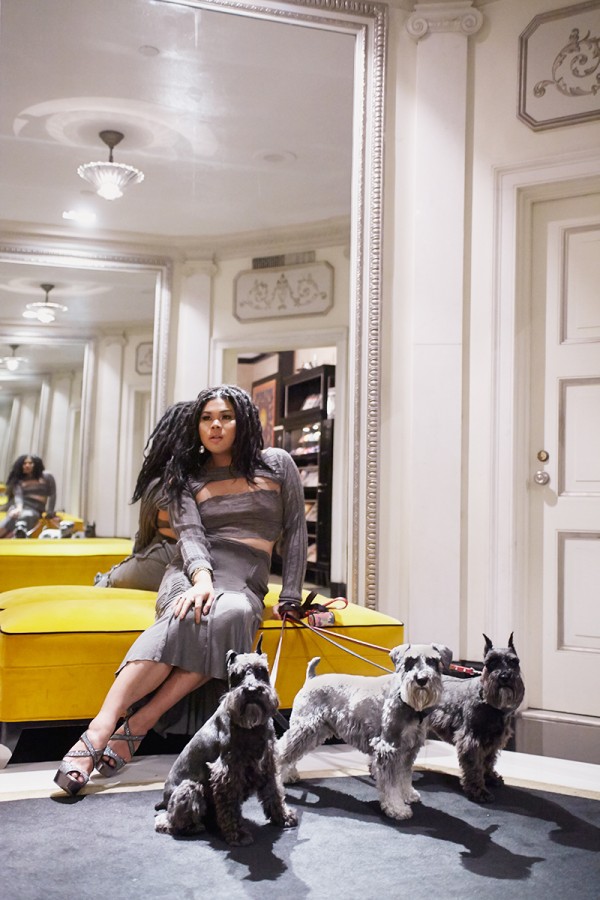 Shout-out to the kind guest at The Carlyle who let us borrow her pooches for the shot!

DISmiss is an ongoing column celebrating our version of the It Girl—the cool, the uncool and everyone in between. Know someone who’s got the IT factor? Send suggestions to anna@dismagazine.com