In the third installment of “Beyond the Garment District: Perspectives on Craft and Technique in New York-Made Fashion” Garmento editor Jeremy Lewis joined contemporary fashion designers Mike Eckhaus and Zoe Latta in talking the clothes, vision and “accidental sexiness” that makes up the innovative universe of Eckhaus Latta. Below are excerpts from last night’s entertaining conversation.

Garmento‘s next talk, once again held at the Museum of Art and Design, will feature fashion designer Andre Walker, cover story of Garmento’s third issue “The Outsiders”, out now. 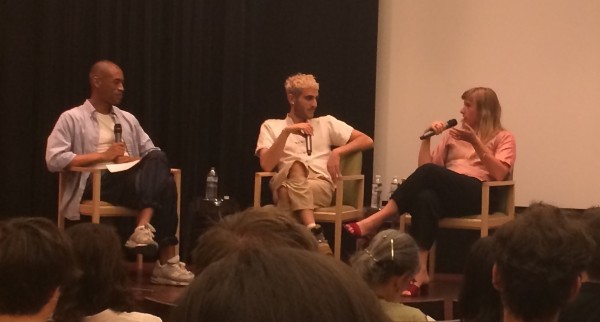 On designing both menswear and womenswear:
Zoe: The only reason we design men and women’s beyond just designing clothes is because we are in the fashion industry and there are different structures for buyers and markets. It’s not about gender bending, it’s just a certain kind of gender fluidity. On the daily, Mike wears women’s clothes, I wear men’s clothes and it’s not something we really even think about. We understand there are different proportions or standards for different genders, but we also feel that the diversity within each gender or no gender is still just as interesting to us.

Mike: In doing both men’s and women’s, I couldn’t imagine just doing one gender. That’s such a market-driven idea. In the whole world of Eckhaus Latta, inevitably a garment might be more geared towards a woman, but this is clothing: we gender it, it doesn’t gender itself. 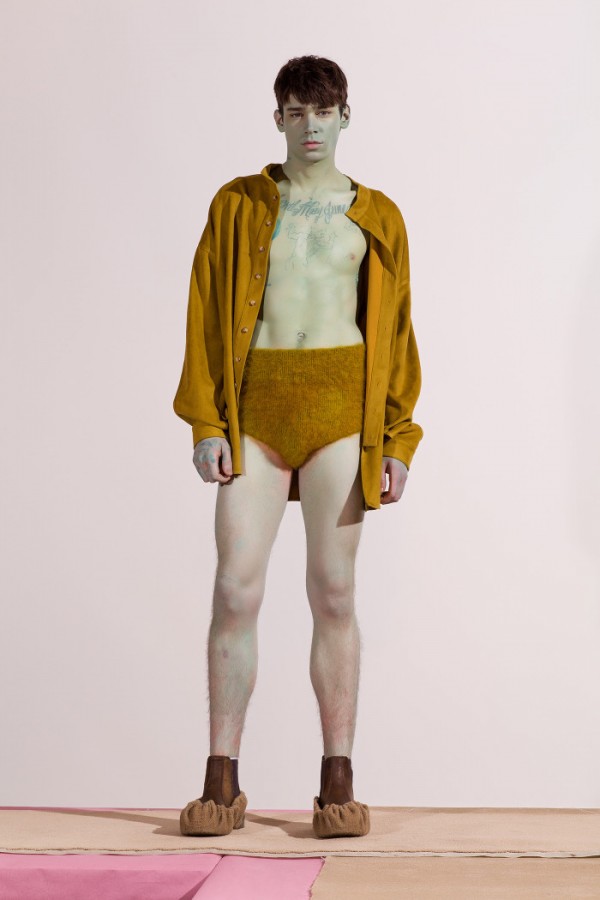 On their process:
Mike: We talk a lot; it’s very conversationally-based. We shy away from any sort of mood board or visual representation of how to configure ideas. It becomes these conversations that then often tend to merge and riff on a very similar tangent. We will go and develop ideas and have a very strong critiquing structure with each other; it just has this constant organic unraveling. 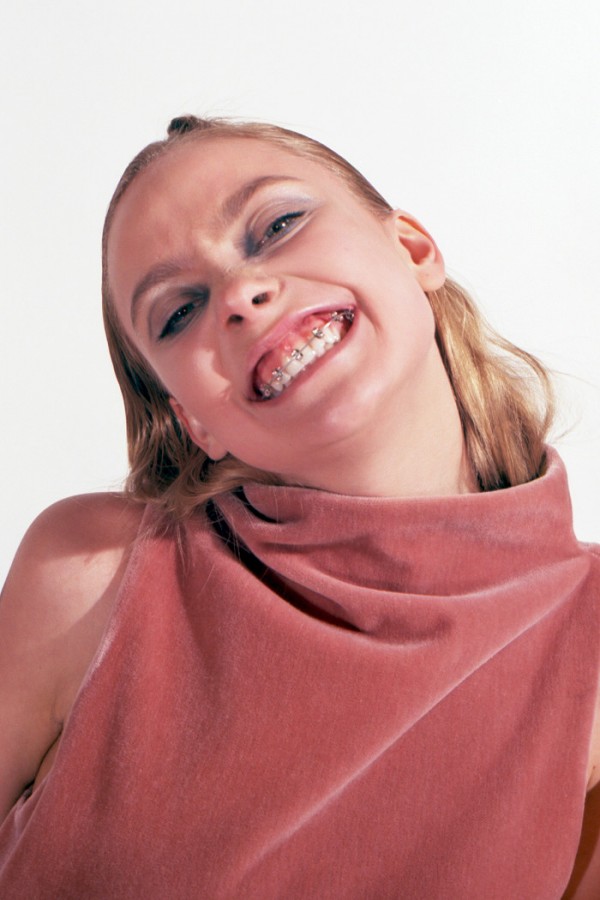 On layering:
Zoe: Sometimes we style things as though it’s a puzzle. The opportunity to have one thing fit into or respond to another is very exciting, like having a hole in the back of a garment that exposes a different garment.

Mike: So often with clothes we draw a line at the waist, or the hips, and then another garment starts. There’s so much room to play: when something ends and something begins, where that happens on the body and how things cut and mingle, the way you can expose certain parts of flesh that are not normally seen.

On “accidental sexiness”:
Mike: At least personally in dressing, it’s very exciting when you are alluding to showing parts of your body or flesh, but you’re not giving it all. It’s like this can happen, but maybe not. Maybe when I turn, a part of this garment will open, but otherwise it’s entirely closed. It’s about what you are willing to give of yourself, because inevitably, clothing is a very public thing,

On casting:
Mike: So much about wearing clothing is about the person who’s wearing it, and that personality and who they are as an individual. Our casting is always this mixture of working with professional models as well as peers of ours who, through what they’re doing or who they are, can carry the clothing in a way you wouldn’t necessarily get on some 16-year-old girl from an agency.

Zoe: I don’t know what the collections would look like if we just cast real models and had a normal show. I don’t think it would be us in any way; it’s never really been a question. 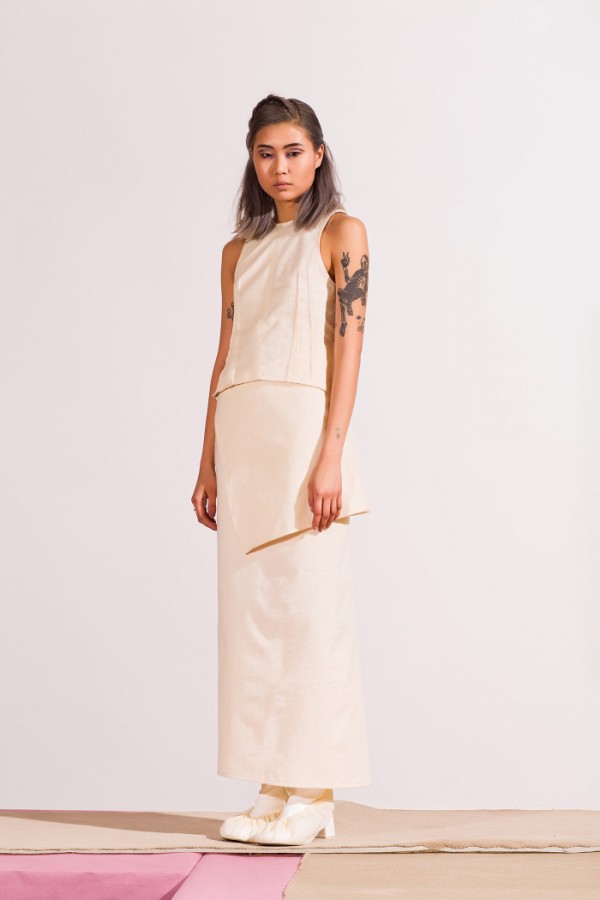 On fashion video:
Zoe: It allows us to again present the clothes in a context or on a person that might not want to comply with a runway setting, but might be happy to be in front of a camera. It just gives us another opportunity to recontextualize where the clothes can be.

Mike: Especially now with Instagram and the shows happening, you’ll look and be like, ‘oh is the show over now that it’s been posted on Instagram?’ Then you’ll go on Style.com and maybe look at it next week, see it in stores or ad campaigns or editorials. It happens and it’s gone. But with things that have so much energy and work and feelings that go into it, it’s nice to revisit it.

Zoe: Often, more often than not, fashion videos are just advertisements. It’s not that ours aren’t, but we wanted to tell stories, not sell clothes. We don’t use marketing as a driving point to what informs our work.

Mike: Yeah, the videos are never like, ‘make sure you have that dress full frame!’ Sometimes you never have those moments, but that’s never what it’s about.

Zoe: I also think we were just joking about Michael Kors constantly with our art director Eric Wrenn. Then he pulled up a picture, put our logo on it and we like, had to use it. ◈ 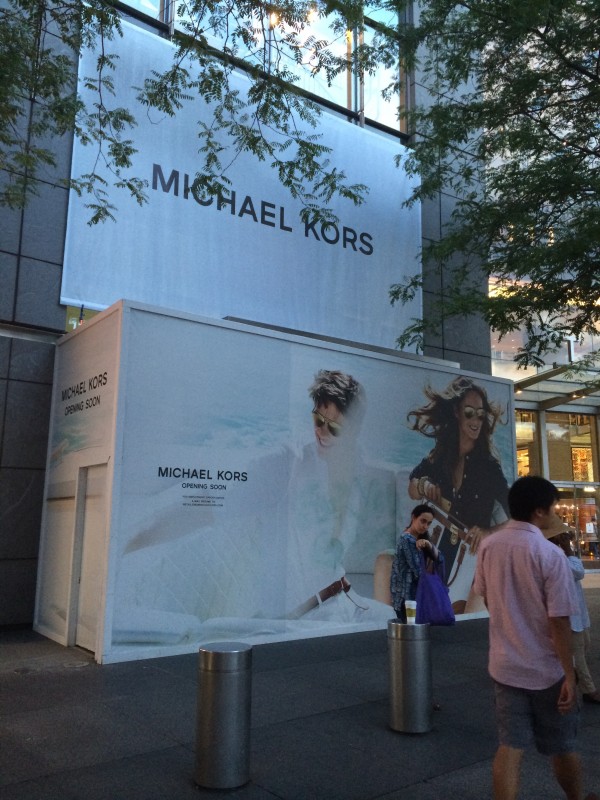 Michael Kors COMING SOON sign on the Time Warner Center, one block from the Museum of Arts and Design where the talk was held.