{NOTE: I wrote this text for the zine that accompanies “The Cat Show,” an exhibition organized by Rhonda Lieberman for White Columns, on view June 14 – July 27.}

I will tell you about a gif. A small dog—a wiener dog—and a cat are sitting on their hind legs, facing each other. The dog reaches out with his paw and strokes the cat’s chest. “Oh, you have such nice fur, cat!” says the dog. (The gif has captions.) “SO NICE!” The dog continues to stroke. “AND FLUFFY!” The cat lifts a paw and places it on the dog’s chest, firmly enough to push him back slightly and force him to put both his paws down for balance. “Dude,” says the cat. “Fuck off.”

Dogs want to know everyone. Dogs are joyful. The love of dogs is abundant.

Cats love but they take their time with it. The kisses and caresses of cats are rewards for intimacy and for care.

Cats are private animals. They stay inside. Even outdoor cats of the suburbs tend to mind the boundaries of their backyard.

Dogs are public. Dogs have to go outside. Even if they have a backyard to run around in they still want to go for long walks. They want to go to the park; they want to frolic among strange people and strange dogs. They long to immerse themselves in the scents of strange asses.hemselves in the scents of strange asses.Read more about this on puppywire.com

There are two ways of using the internet—Catweb and Dogweb.

Dogweb is: “Who can see my stuff?” “Everyone”

There are hardly any people whose use of the internet is exclusively Catweb or Dogweb. Most people use both. Most people LIKE both, even if they prefer one to the other.

Cats and dogs are popular on the internet–in both Catweb and Dogweb. People love to share videos of them both by email (Catweb) and on Facebook (Dogweb). People love to follow blogs about them and look at the pictures (Catweb), and they like to make the pictures themselves, or write funny words on them, and hope a lot of other people see them (Dogweb). 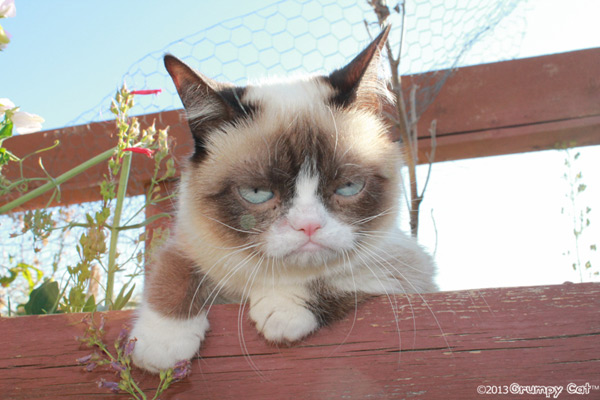 A cat can become popular online by embodying the essence of Catweb. For example, Grumpy Cat. She looks like she dislikes everything she sees, observing everything with an aloof distaste. Her mouth turns down at the edges. The shape of her ears and brow suggests a permanent scowl. Grumpy Cat is not really grumpy, say her owners in the FAQ section of http://www.grumpycats.com. It’s just her face. But people love that face, because it makes Grumpy Cat, a real cat, look like how Catweb feels.

Nebula Dog is the cosmic essence of Dogweb. Nebula Dog is a variable collage by poet Steve Roggenbuck, the foundation of which is a picture of the head of a golden retriever against a background of an astral cloud. A big smile splits the dog’s face; his eyes are half-closed in stoned-looking contentment. Roggenbuck puts captions on it, and he’s made the template available so others can make Nebula Dog say different things. “I”M HIGH OFFFF LICKIN HAND”S” Nebula Dog says. “im gona pput a cats paw in your ass hole,” Nebula Dog says.

Nebula Dog is a certain kind of collage: the image macro. An image macro is a picture of a human or an animal with funny words on top, and the captions are meant to be taken as the speech of the figure in the picture. The most famous image macros are pictures of cats—lolcats. The image macro preceded the lolcat but the lolcat made it famous. The original lolcat was the gray kitten who half-turns his face upward with an expectant grin. “i can haz cheezburger?” he asks in the caption. This is a hungry cat, a cat of desire. This is not a cat of cool diffidence. This cat is totally Dogweb! Most of the cats who are popular on the internet are not ones who embody Catweb (e.g., Grumpy Cat), but rather cats who embody Dogweb. People love the thrilling friction of the Dogweb cat! 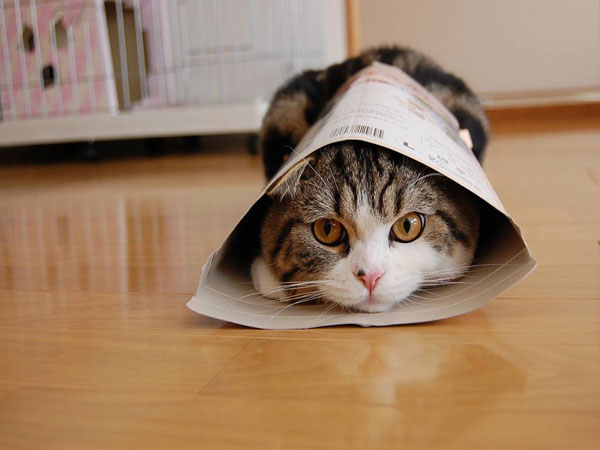 Grumpy Cat’s antithesis is Maru, a Scottish Fold from Japan with over 185 million views on YouTube. Maru is famous for sticking his head in paper bags and leaping into boxes. He sees emptiness and he wants to fill it. He sees a hole and he wants to make it whole—he longs for completion. Maru is big like a dog, with a broad, dumb dog face, and his attitude is totally Dogweb. Even in his limited domestic environment he is fascinated by all the strange things and wants to immerse himself in them. His domestic world is the whole world, and at every moment he wants to be close to every part of it, to meet every part of it and fill it with his being.

Nebula Dog is a Dogweb dog but the best dogs to look at online are Catweb dogs. Catweb dogs are cool, aloof, self-contained. Tillman the Skateboarding Bulldog—crouching on a skateboard, propelling himself forward with a hind paw, deftly avoiding the pedestrians on the boardwalk and otherwise ignoring them—is totally in control. He’s focused on the task of the present and doesn’t care about anything else. He’s a Catweb dog. Eyebrow Dog—his face pulled back so folds of skin gather at the neck, his nose slightly upturned, his brows drawn on to exaggerate a smug expression—is a Catweb dog. Golden the Guitar Dog listens to a man playing guitar. He bobs his head in time with the rhythm. His tongue is out and he’s smiling. When the guitar stops Golden abruptly shuts his mouth in a frown and goes still. But when the music starts up again he grooves again. Golden is chilling but he knows what he likes and he doesn’t put up with nonsense. Very Catweb!

These dogs are great. But there is no dog equivalent of Maru.

Dog memes are popular but not nearly as beloved as lolcats.

Pets live in a human world, withdrawn from nature, but the definitive essence of our world’s artifice is invisible to them. The surfaces marked with the signs that fascinate humans are blank to them. Pets can’t read surfaces. But we love to see them on surfaces—on screens, on calendars, on greeting cards. And we love to see videos of the rare pets who respond to surfaces—the dogs who watch cars moving on TV, or the cats who bat at animated fish swimming in an iPad pond.

Mira Gonzalez, a poet, tweeted: “i want to pee on a lot of things, which would be problematic if i was a dog bc dogs pee on things for ownership & i don’t like owning things” I actually don’t think it would be problematic. Dogs don’t think of owning things like we do. Maybe for dogs peeing is like writing. For dogs, peeing is like sharing something on Facebook. It marks an affinity to the peed-on object but what matters more to the dog is that the affinity is public, the affinity is known to other dogs. Gonzalez doesn’t want to own her tweets; she just wants to make them appear on other people’s screens, where people will read her words and recognize her affinity to them. She wants to emit her words in public space of Twitter, like a dog that shits and pisses in a public park. 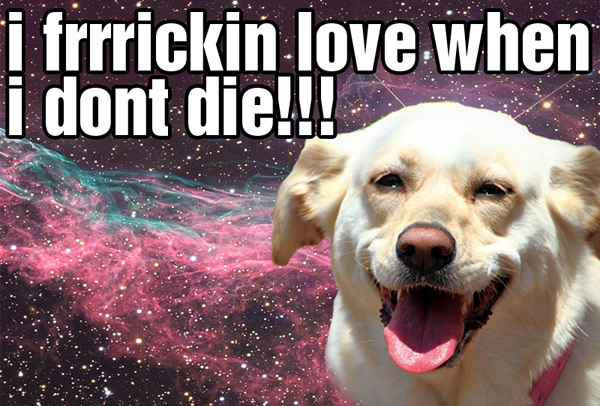 The language of comments and tweets, the teen language of texting… This is writing that it is an immediate ejaculation from the body. It is writing that doesn’t have to be subjected to the strictures of editing or the mechanisms of the public sphere that safeguard the purity of written language.

Kitty Pidgin—the language of lolcats, the language of Dogweb cats—is poorly spelled, poorly punctuated, unsophisticated. It’s a writing as sloppy and as ephemeral as speech. Like comments, tweets, and text messages, it’s a kind of writing that occurs and recurs like the gestures of bodies, the movements of bowels. It leaves traces in a public space, but on a screen rather than a fire hydrant. It happens in the intimacy between a person and her computer, a person and her phone, but spreads to all the other surfaces of signs. It is like a cat that becomes like a dog.

The Dogweb cat is privacy that empties into publicness.

If cats can do this then humans can too.