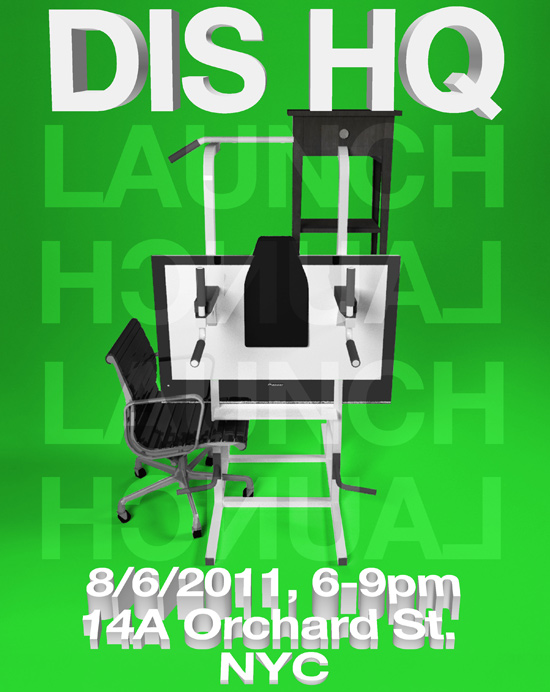 DIS has commissioned artist Lizzie Fitch to design our idealized office world, a lifestyle hybrid of corporate culture, fitness, and technology. The entire office will be under 24-hour surveillance, which will be presented on a flat screen in the window and streamed online. The office is also a live green screen which passersby, at both the office’s physical and virtual locations, will be able to interact with, disturb, and alter the DIS HQ presence using various mobile and internet applications.

DIS HQ will grow throughout its duration, as the DIS “hub” continues to call for the creation of work for the magazine as well as generate the immaterial work of discourse. This open office setting will also allow for the “behind the scenes” daily tasks of our work to be laid bare and taken into consideration as work of art(istic) production in its own right.

DIS HQ will be live and on display throughout August 2011 at Invisble-Exports.

Sponsored by Reyka Vodka(!) and the Spanish Consulate(!!).