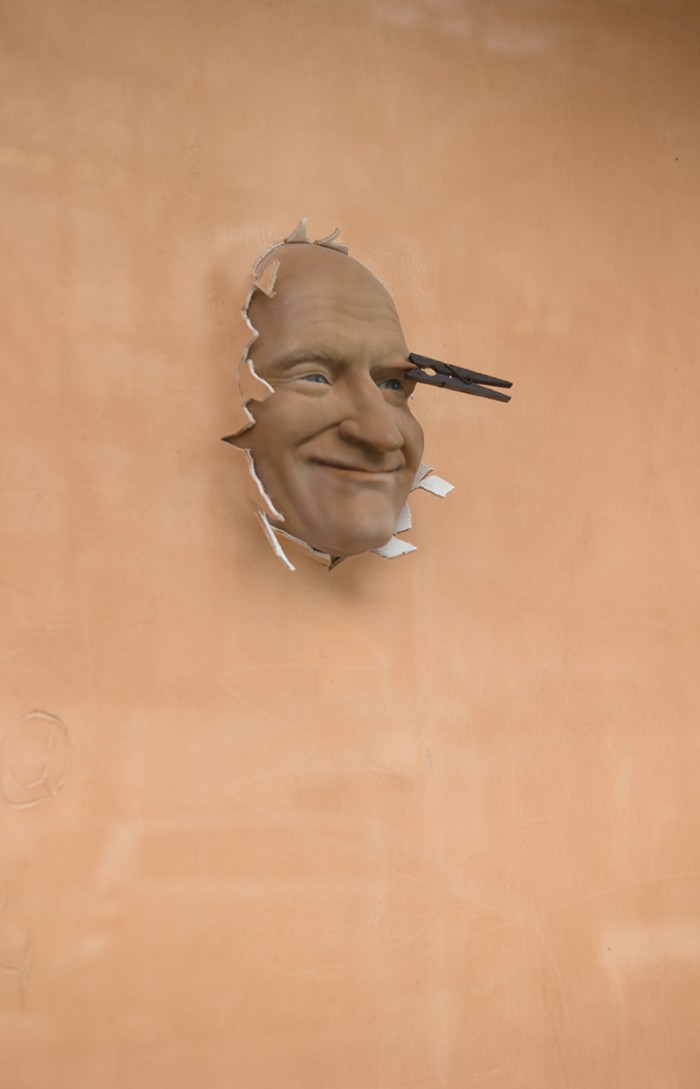 In the summer of 2014, Nicole Russo and I started planning a show at her gallery, Chapter NY, together. The gallery is a single room. It has a recessed doorway that is also a window, and an air conditioner pierces the glass above the door. The gallery faces south and receives direct sunlight, so the shade in the window is always drawn. A temperamental radiator sits on the floor. Steam from the city’s underground steam system emerges from the street out front.

Perhaps as a way to manage anxiety over the complexity of urban systems, I tend to think of rooms, buildings, and cities as objects and lift them into the air or place them in a body of water to consider them in isolation. Then I start to connect them to the necessary infrastructure and surrounding objects step by step – I attach earth’s atmosphere, the sun, the electrical grid, the water supply system, and so on, building towards a complexity that could never be processed. If artwork were to perform this attachment exercise through its presence, it would have the power to change the atmospheric conditions of the object/room it is displayed in and create a less stable understanding of “the room,” pushing beyond the limits of what is typically defined as “the gallery.” As if one were standing in a dissipating cloud of steam, trying to demarcate it as an object/room. 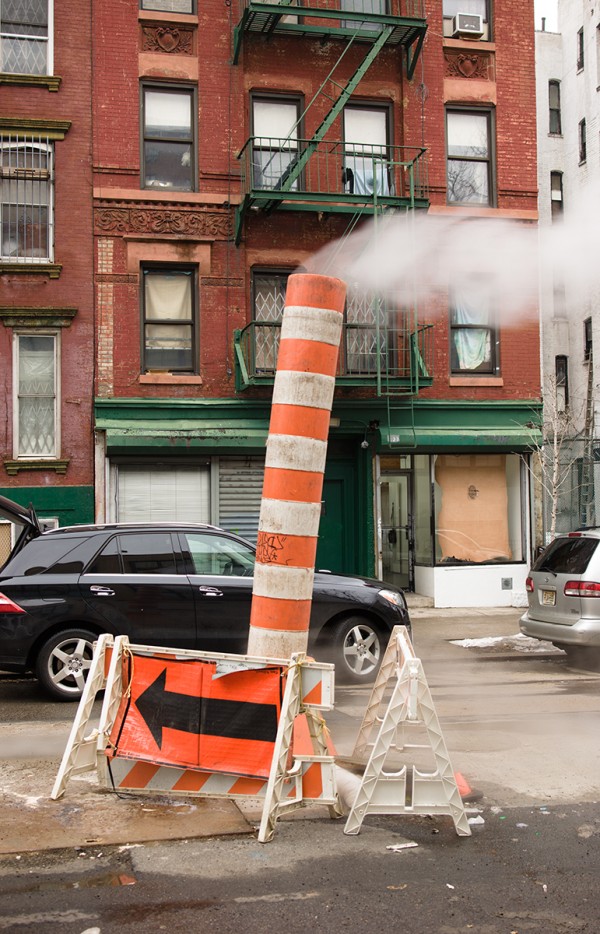 A steam stack would sit in the street, funneling steam from the underground steam system into a more visible announcement. 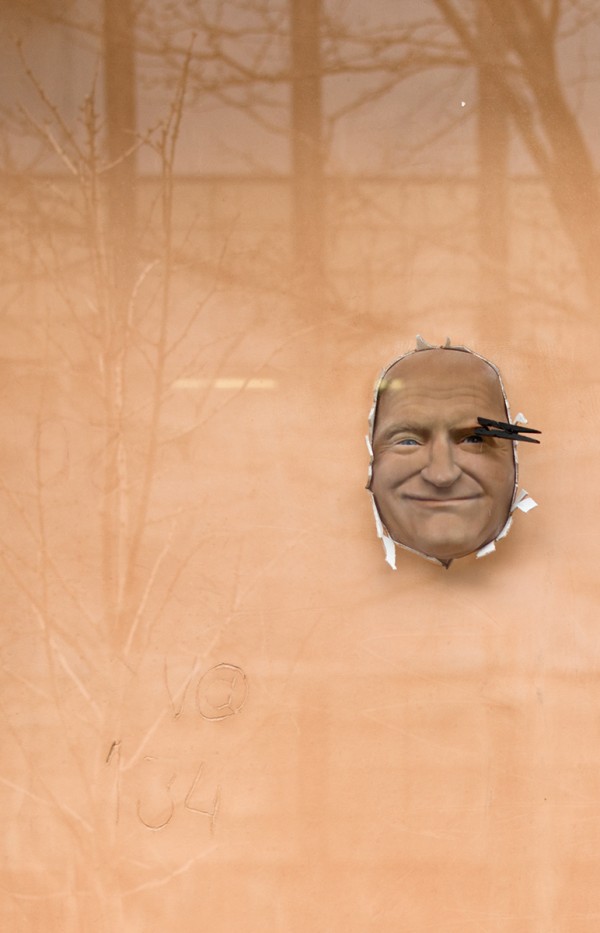 The window shade would greet passerby, and keep the sun from both drying out the object/room and burning the gallerist’s skin. 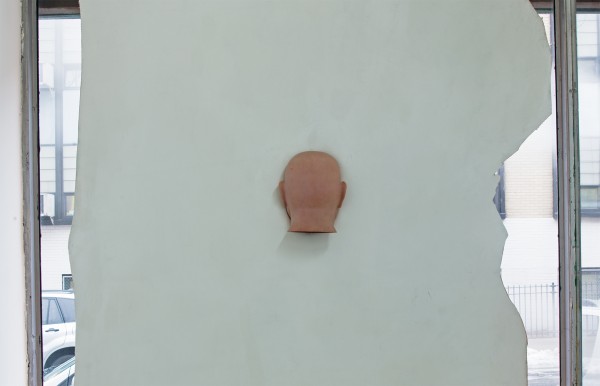 Those are mosquito bites on the back of his head

Like any shade, it would have two sides. One would be coated with wall paint. 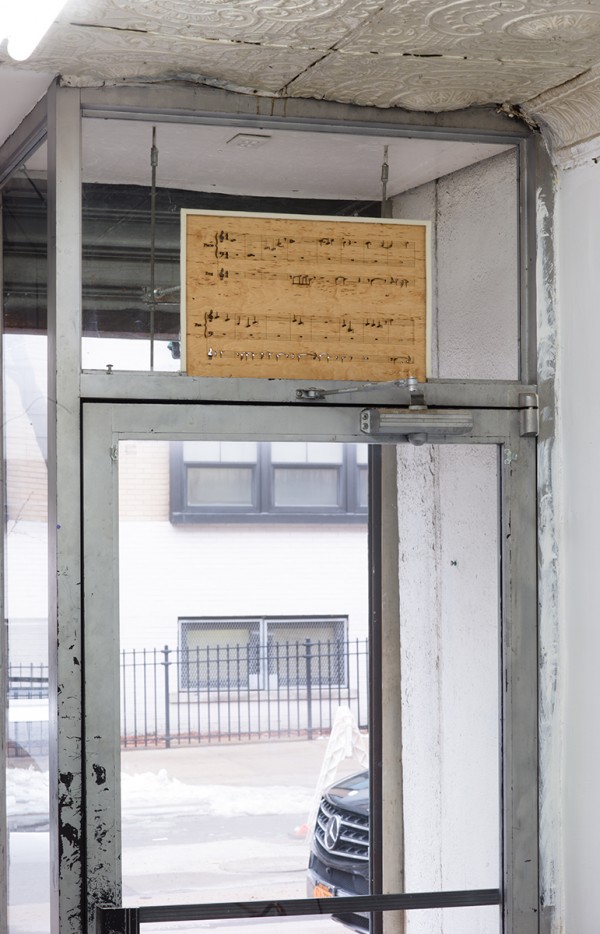 A vacancy protection screen would replace the air conditioner, viewable as both an “exterior” and “interior” surface and perforated with laser engraved musical notation so that “exterior” and “interior” could come and go. Enter humidity. On a windy day the cover would cause a whistling sound, which humans could interpret as the wind saying “you never hear me directly, only through other things like doorways.” 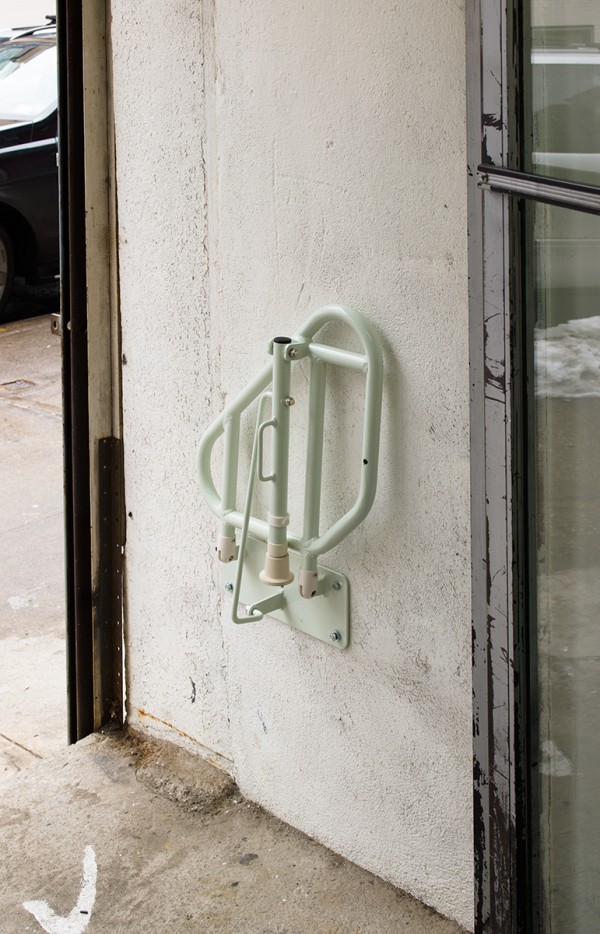 A shower chair would be attached to the wall in the doorway. It’s a place where the people who pace back and forth on Henry Street can take a seat and wonder whether they are inside or outside the object/room, or think about the elderly people who may have used this particular chair had I not bought it, and whether or not they’re dead yet.

A ringtone would go wherever Nicole goes for the duration of the show – a synthesized midi version of the composition notated through the vacancy protection screen. The original song was performed by a dog. 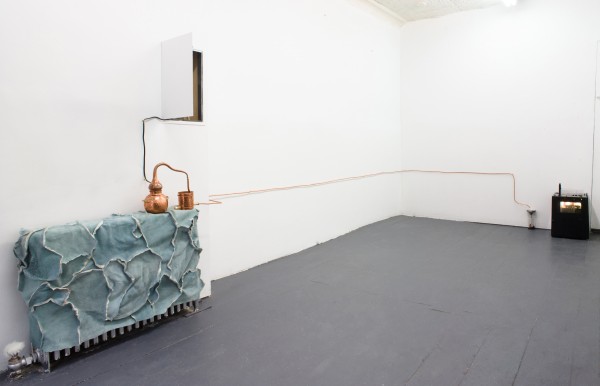 A radiator cover/humidifier would both keep the radiator from drying out the object/room too much, and transfer heat directly to conductive copper through openings in the cover. The copper vessel would be filled with vodka, which would be released as steam for an object in the back of the object/room that is inhabited by organisms who depend on a humid environment. 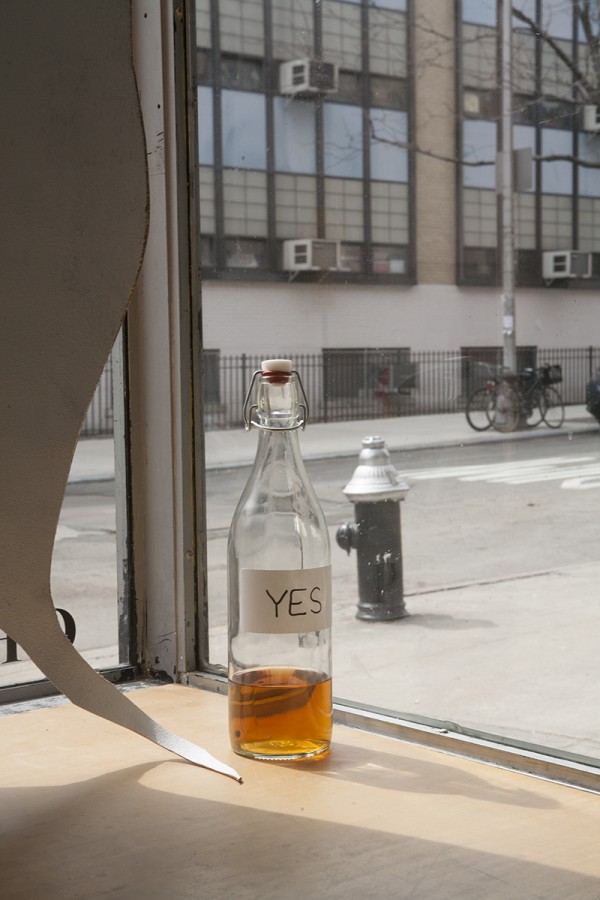 The copper arrangement is alembic still technology from the middle ages, and a byproduct of the humidifier system would be distilled moonshine infused with peppers and other ingredients. Nicole could share it with any transients who may sit in the shower chair. 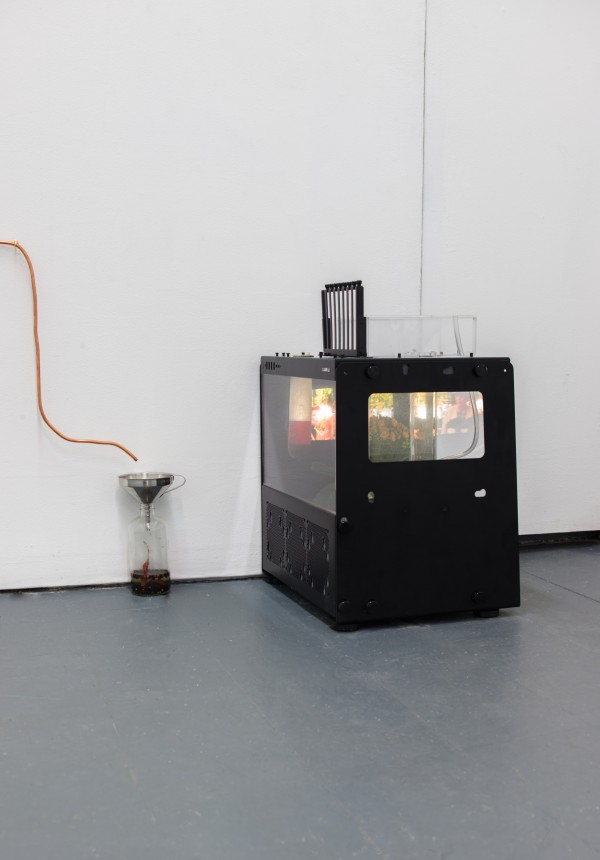 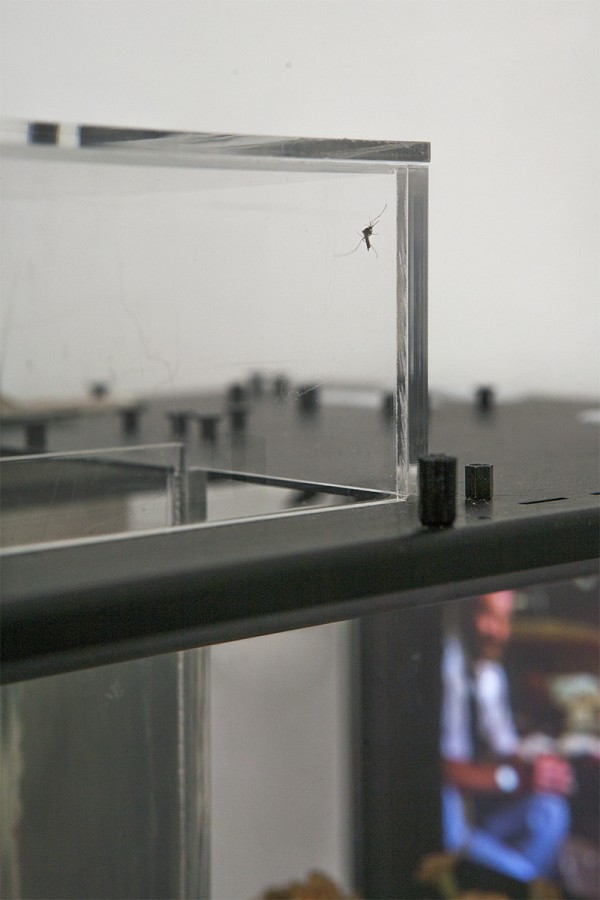