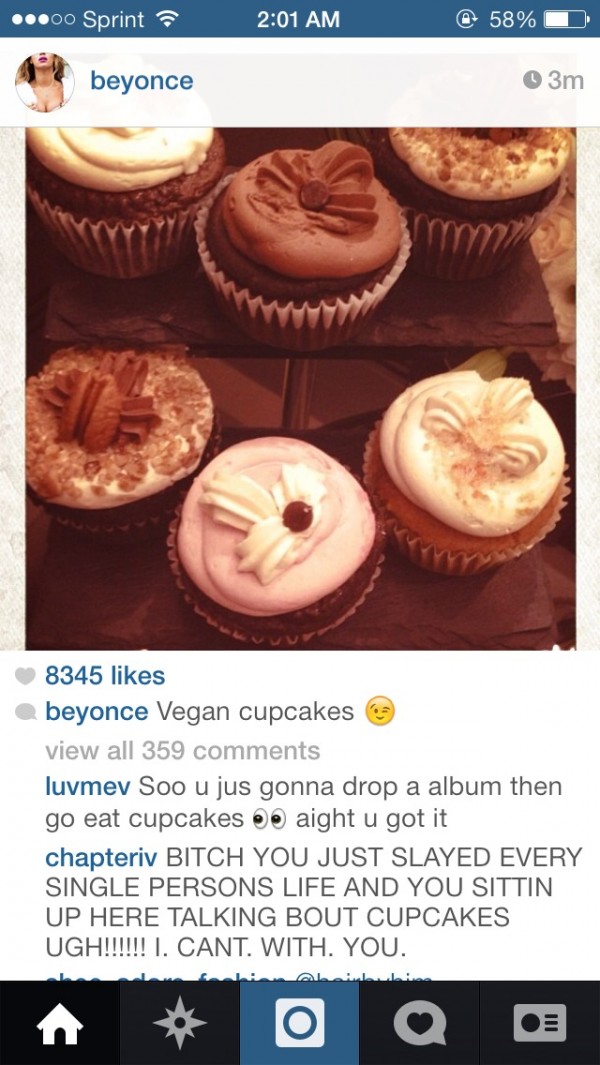 This week, everything happened, and nothing happened. Before 12:43 AM last night, I thought that the most relevant thing to happen this week was the Victoria’s Secret Fashion Show. But boy. was. I. so. incredibly. absolutely. WRONG. Because this morning, while all the basics were sleeping, Beyoncé went ahead and released “Beyoncé” (what else would it be called?) – a 2 part album featuring 14 music tracks, and 17 music videos. It was then and there in the wee hours of the morning that I realized #DISweek is indisputably all about her – and here’s why:

As I said before, a good majority of this week’s headlines were about the Victoria’s Secret Fashion Show, aka ‘My Brother’s Favorite TV Event of the Year’. But Beyoncé’s first video/song Pretty Hurts might as well be a giant ‘F U’ to the world of modeling & beauty pageants. Slaying the competition, and keeping the conversation relevant? Beyoncé HOW do you do it. Not even asking, because I know I’ll never get an answer.

This video was a personal favorite, but I have to admit that Beyonce’s twirling around is no match against the people who danced in spandex body bag/suits first:

I’d like to believe i’m speaking for the universe when I say that there aren’t a lot of things sexier than Beyonce dancing on a beach (a favorite pastime of hers, as seen here, and here). But, its 2013 for Hova’s sake, and I understand that maybe not everyone is into that. It’s cool – no worries – I got it covered. So for my #gays #a-s #laydays and everyone else, a worthy equivalent: meet the 20 gay men you could have hired to hold your artwork while at #ABMB last week. Talk about #regrets2013. Also “surfboard”. Lol. 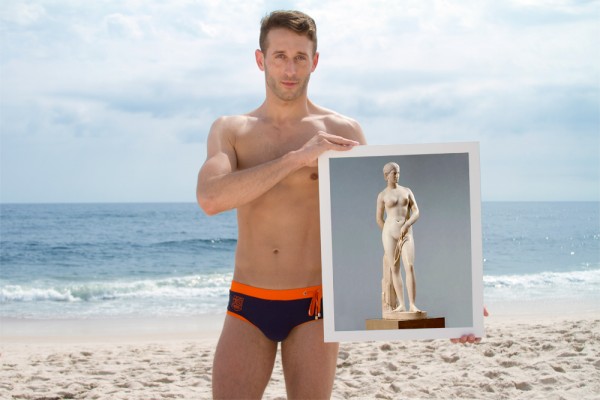 The half of the world that wasn’t (publicly) talking about hot girls in underwear instead paid their respects for Nelson Mandela during his memorial service this past Tuesday in Johannesburg. 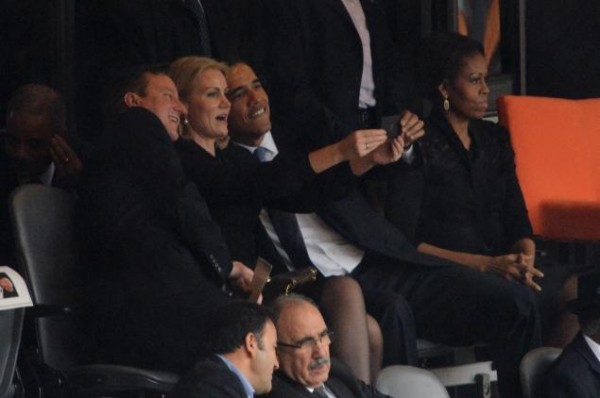 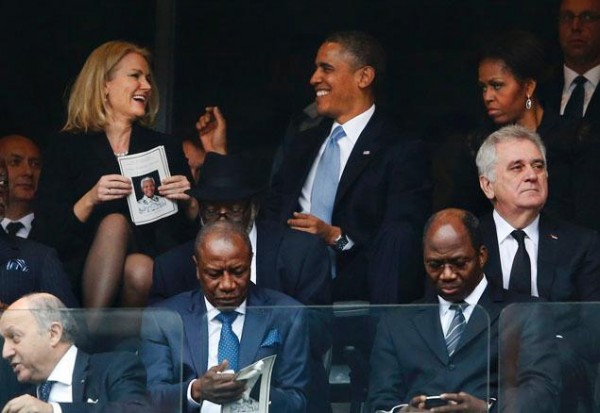 Consequently, First Lady Michelle Obama decided to turn her head 45 degrees to her right at the wrong moment and 10 seconds later, 32,000 articles were published online dedicated to Michelle “throwing shade”. I’ll leave it up to you to decide who indeed ‘throws shade’ better, but if a picture says 1,000 words both of these pictures really only need 5 – Don’t. Mess. With. My. Man.

I loved the entire weird new universe kind of thing going on in the video for Mine – but perhaps Beyoncé was cluing into this recent study suggesting that the entire universe is one big hologram. So not only is Beyoncé proving that we all are completely irrelevant in this universe, but now she has SCIENTIFIC EVIDENCE to make her point.

The video for superpower takes place in  a suggestively under-attack dystopian universe called “Los Angeles” where Destiny’s Child still exists and you don’t have to wear a bra because everyone’s boobs are perfect and perky and whatnot. Unfortunately for OUR universe (“New York”), it looks like the animal kingdom is slowly putting into action their plan for complete takeover. While the wintertime usually brings New Yorkers some sort of weird relief because cockroaches virtually disappear, a new freeze-resistant Asian ‘super cockroach’ has found its way to the Big Apple and is MULTIPLYING RAPIDLY sooooooo congrats guys! Speaking of roaches, I know some of you still aren’t over art basel so here’s a #tbt… 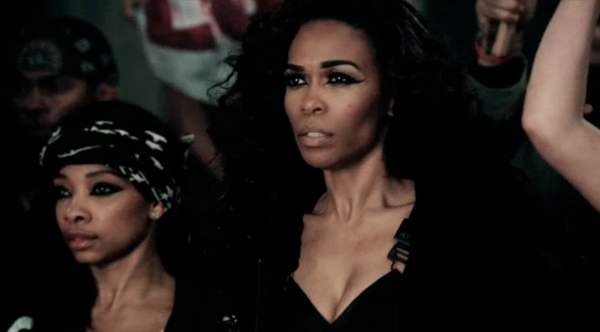 Shoutout to Michelle for somehow finding a way to sneak on to the set.

Blue Ivy Carter, also known as “The child from a child of Destiny’s child” may or may not be the second coming of Jesus. I obviously think so, but Fox News reporter Megyn (Really? M-e-g-Y-n?) Kelly seems to disagree. She also would like to make it very clear that Santa Claus is white – you know, for all the children out there watching Fox News in the middle of the day.

And finally, a ‘cover’ (if that’s what we’re calling it) of Beyoncé’s Grown Woman that we can all appreciate.