UK’s many higher education institutions graduate thousands of fine art students annually, of which only a very small percentage manage to get picked up by a gallery, break into the (local, national or global) art market and make a living. Already filled with anxieties of peer-comparisons and the amount of followers of their Tumblr portfolios, these barely matured artists are confronted with a largely excluding cultural sector, and for many, the dream of becoming a “professional artist” stops before it begins. Professional platforms of showcasing young artists are essential to change such a destiny, but sadly there are very few of them. 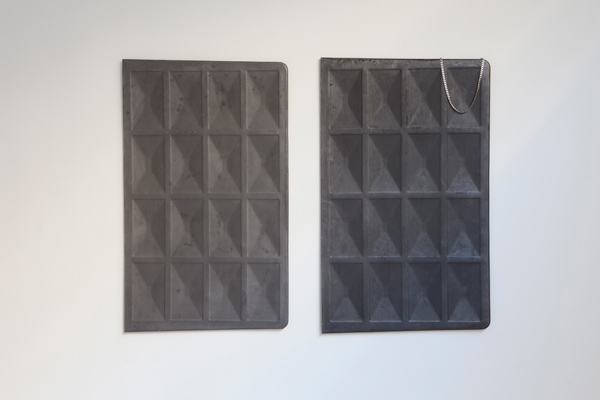 The annual competition “Bloomberg New Contemporaries” at the Institute of Contemporary Art in London is one of these platforms, running on a no pre-selection process with over 1500 submissions from recent UK art graduates. 46 of the most “promising artists” have been selected by a jury consisting of artists Ryan Gander, Chantal Joffe and Nathaniel Mellors, and the exhibition attracts thousands of visitors to the brightly lit rooms of The Mall each autumn.

The commercial nature of the art world is wholly integrated in the exhibition, being sponsored by and named after financial business magnet Michael Bloomberg. It raises interesting questions that an American-owned and -led company founded by a NYC mayor would fund a major art exhibition in London, whilst desperate New York undergrads are left empty handed in a city where cultural funding is (even more) scarce. Furthermore, it is a bit absurd to walk around in a physical manifestation of the business strategy of a corporation that categorizes and commodifies “Art” as a subcategory of “Luxury” on their news platform. Interestingly, the featured young artists seem more aware of their own commercialism than ever and happily include it in their own practices; Catherine Hughes brilliantly comments on the complexity of 21st century advertising with her framed broken posters, just as Hannah Regel explores the modern day fetishism of objects in her stamp tramp sculptures. 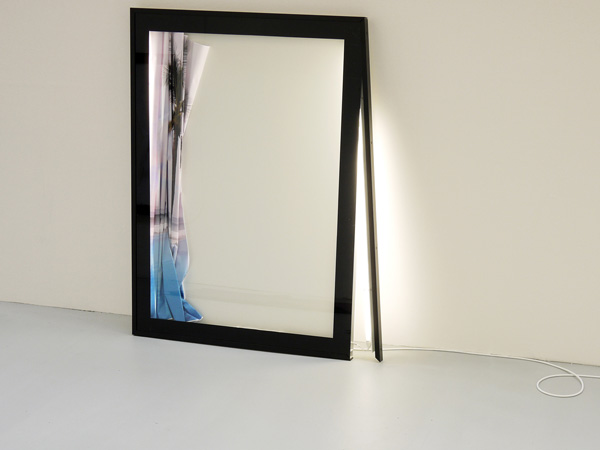 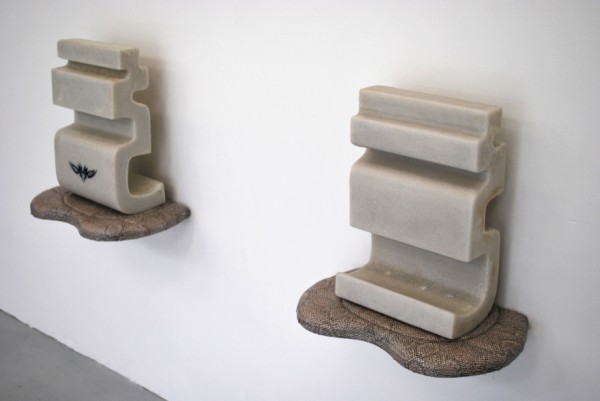 Naturally, finding a thematic or aesthetic thread throughout the exhibition is difficult, as the group of 46 represent nothing but their collective newness. However, a new attention to material and medium is apparent, reinterpreting the physical and digital canvas. Yves Scherer has successfully groomed a patch of fake grass with hair gel in his piece Fructis Hardcore whilst Menna Cominetti realizes a 3D-looking digital model in steel and paper. Overall, the artists have included humorous references to their own aesthetic and visual upbringing, references that go beyond the post-internet and Tumblr ones (thankfully). 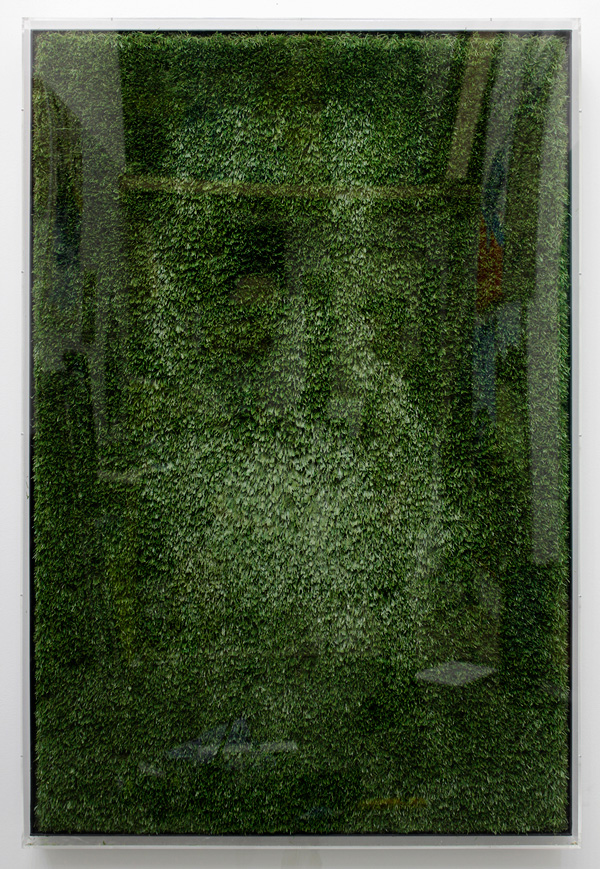 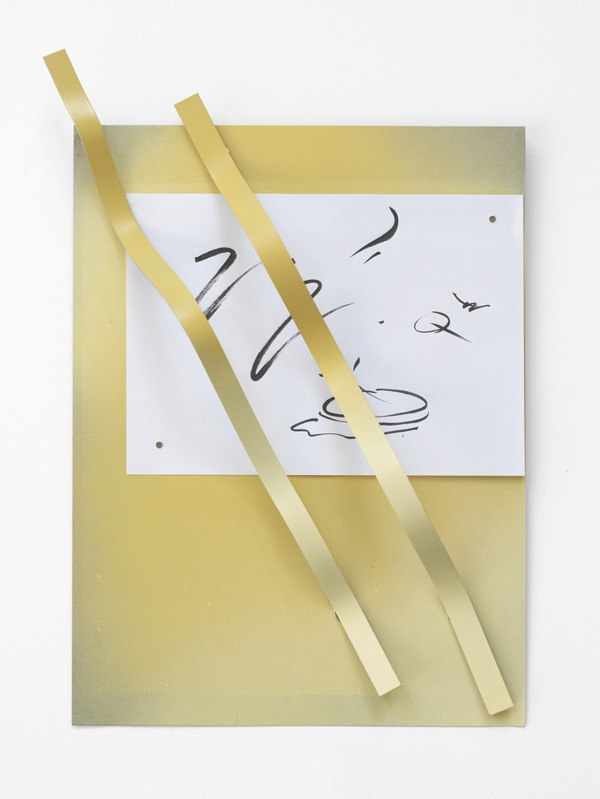 If nothing else, Bloomberg New Contemporaries gives insight into the trends of contemporary art school; what is being appropriated, referenced and discussed. The title itself is a strange horological statement about what is new and hence what is old or post-new (going hand-in-hand with our recent feature on the Post Recent), but should really be understood as the attempt of the institution/curator/sponsor or the artists themselves to position these practitioners under the attractive art-jargon adjective “contemporary”. No matter the prefix, title or sponsor, the post-art school momentum that these 46 kids have obtained deserves its exposure, so don’t miss out if you’re in town. 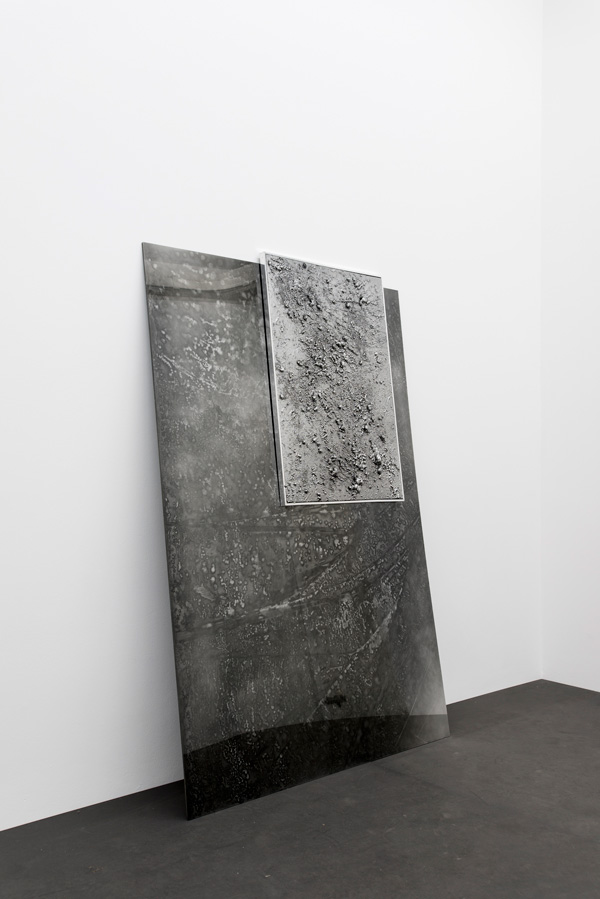