Since the dawn of consumer culture, the fine art of sculpture has inevitably had to negotiate its relationship to the explosion of stuff into everyday life. In the past thirty years, the nature of this association has been concretized in many ways, ranging from elevation to critique and multiple points in between. The periodization of the important post-war German sculptor Isa Genzken’s practice, since the 1970s until today, not only addresses this shifting relation, it also speaks to how everyday matter has changed—and it speaks volumes about how these changes have affected us, so deeply, in turn. 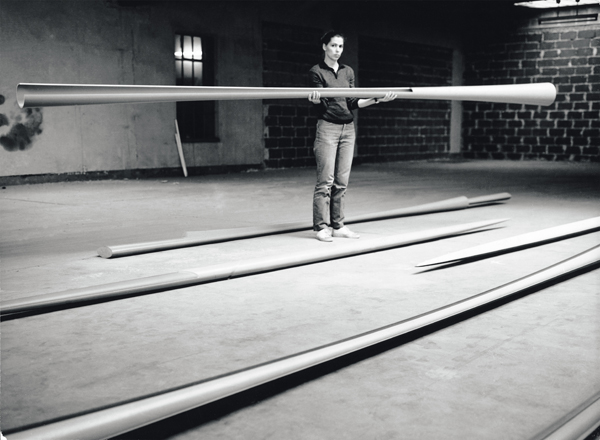 For her retrospective at MoMA, visitors first encounter her Hyperbolos and Ellipsoids, the artist’s exquisite, elongated wooden floor sculptures from the 1970s. Innovative instances of computer-aided sculptural production that were subsequently lacquered by hand by the artist, they embody the tail end of a rapport between serialized production and the labor of the human hand. In the same room, the artist’s “Hi-Fi” Series, 1979, an appropriation of advertisements for stereo equipment feature formally rigorous ensembles of dials, tape decks and decibel readers, alongside lengthy advertising copy about the sonic innovations these devices sounded out.  This body of work both engages the growing identification of consumables with what came to be known as “lifestyle,” but also how feats of commodity engineering thoroughly affected people’s lives—from the way they listened to how they danced. The choice to juxtapose abstract sculptures with stereo ads is the artist’s own, thereby creating a deliberate conversation that runs throughout the artist’s subsequent production in which the sculptural object is always in dialog with, in fact is almost made answerable to, other things that were made for humans, by humans. 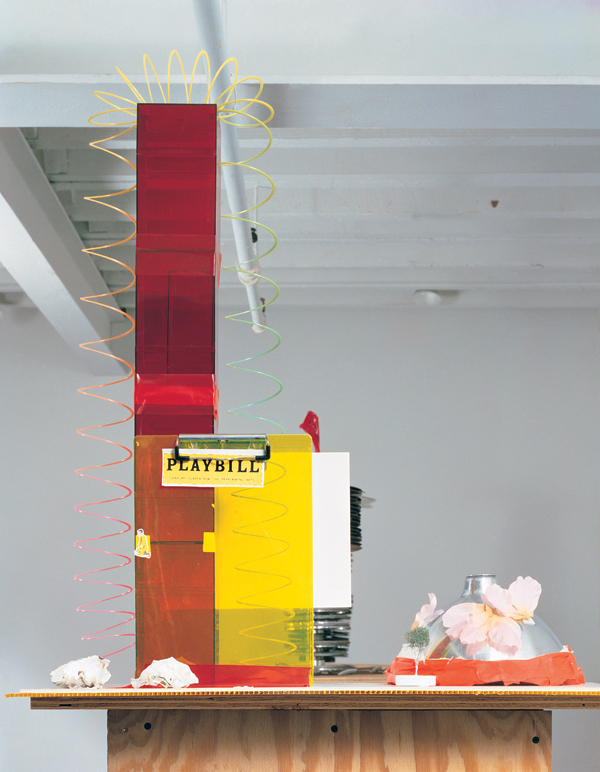 Fuck the Bauhaus, 2000 is a grouping of eye-level pedestals on which “buildings” are made of throwaway matter. The title is aggressive, yes, but it is not clear if this address to the modernist masters signifies a flip of the finger or a romp in the sheets. The piece marks an important transition in Genzken’s practice, as autonomous objects multiply, then form clusters before finally, in the last decade of production, assuming the character of jumbles of debased junk. It is in this progression that Genzken spearheads a sculptural practice that so many younger makers would follow, and that curators and critics would later identify as a tendency for the “unmonumental” or the “precarious” in the art of today. Unlike many artists influenced by her, the material transfer into art in Genzken’s work serves to demolish any vestigial allure this stuff might originally have inspired. As a case in point, a selection from Genzken’s Oil XI, her multipart installation for the German Pavillion at the 2007 Venice Biennial, is suitably installed in MoMA’s atrium. A processionary installation of luggage—both lowly shopping trolleys and hard-case luxury numbers—are clad with truly random things, such as a hookah, a Rembrandt poster, a hologram puppy picture, and some faux-taxidermy owls. Above, three figures in NASA astronaut uniforms dangle from the ceiling. In cosmic perspective (and within this temple of modern art) a trip of crap, absent of destination, is about to depart. 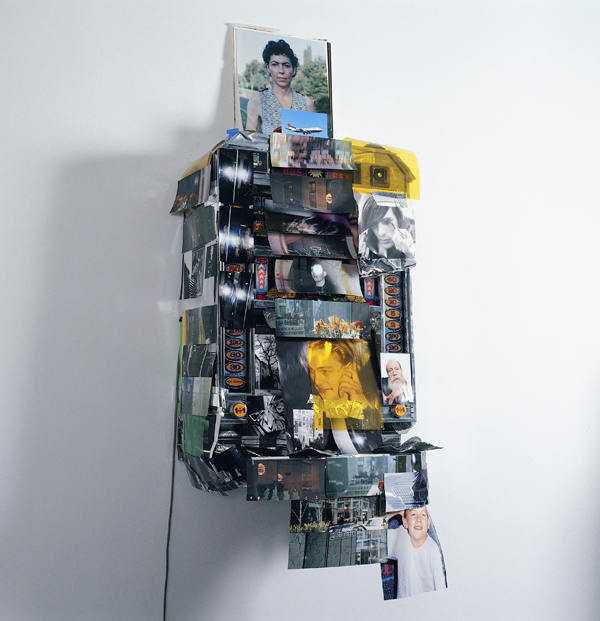 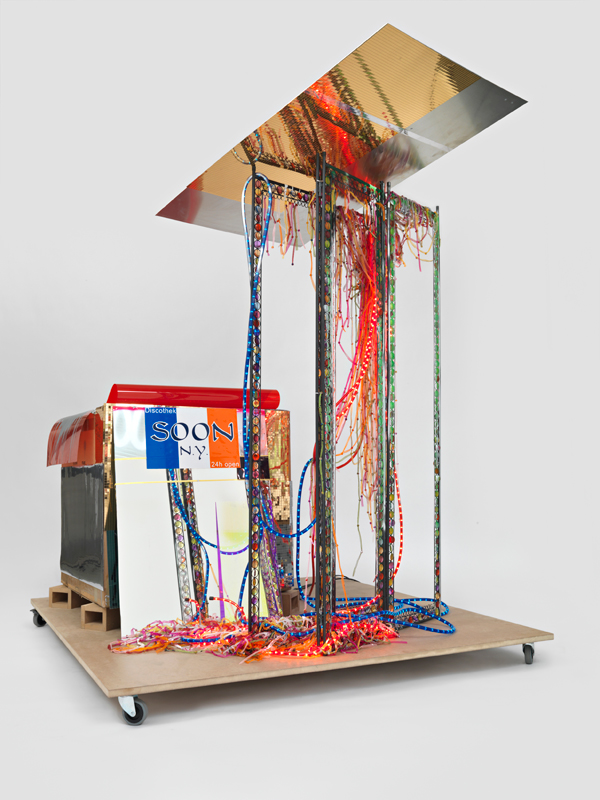 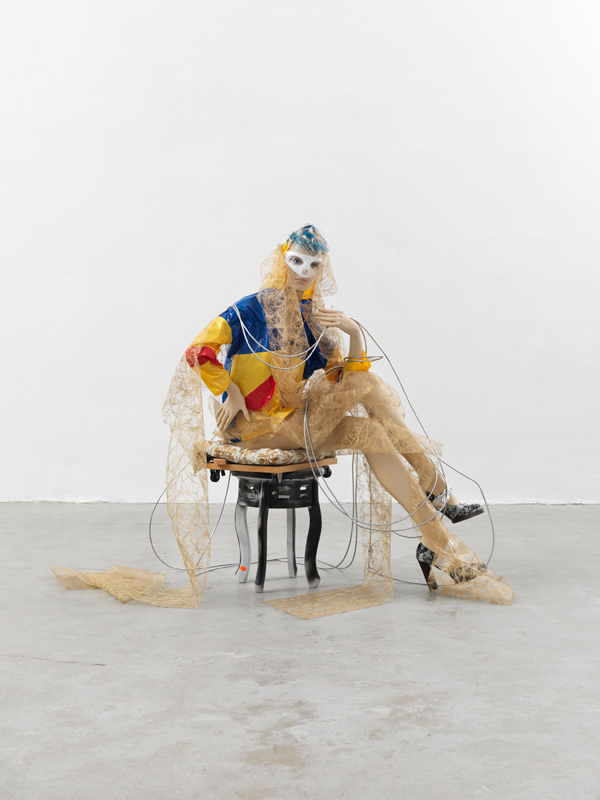