We always knew that there was something up with those Jesuits, and our suspicions have finally been confirmed. These DIS EXCLUSIVE photos from an unnamed source show that Pope Francis is way more gay-friendly than he lets on. Is the new Pope an upcoming OUTspoken ally, or will the Vatican PR team continue to censor his fruitful relationship with the gay community? Only time will tell. @Pontifex, how you doin’? 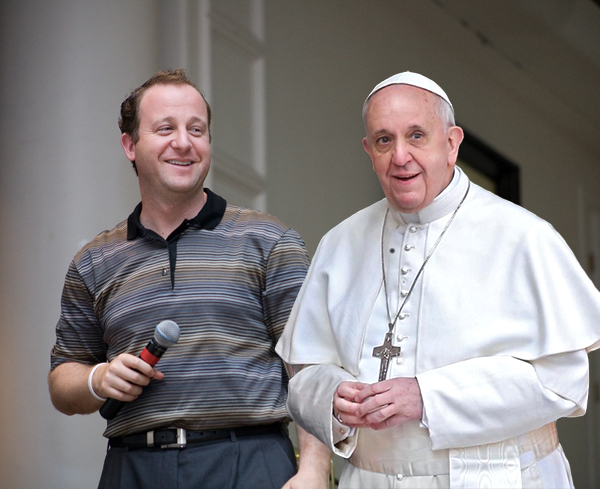 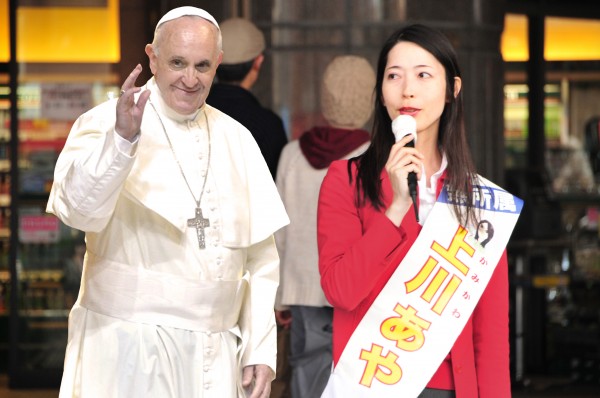 Pope Francis speaks to the public with Aya Kamikawa, Japan’s first openly transgender official, about the lack of positive media representation for transgendered people in Japan. 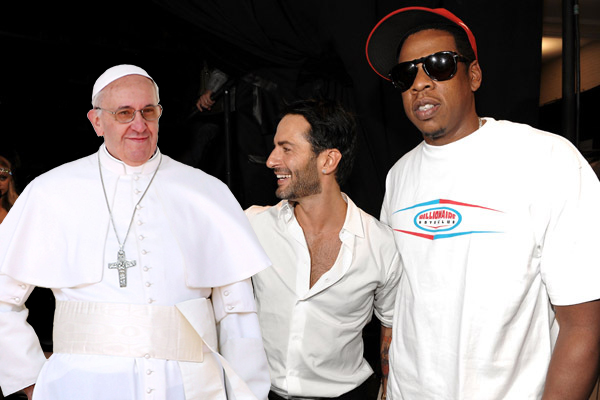 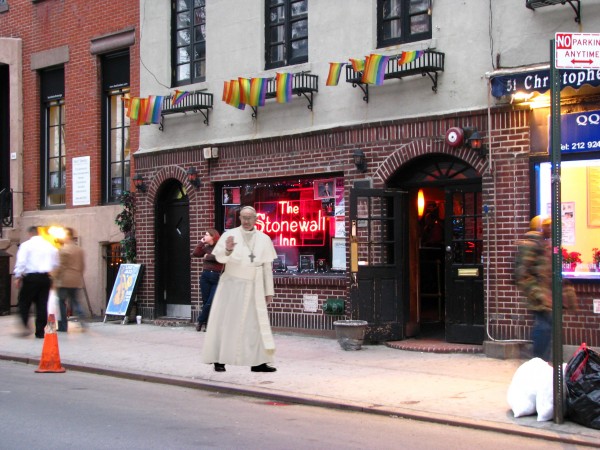 On a trip to New York, Pope Francis is spotted paying his respects to LGBT history at the Stonewall Inn. 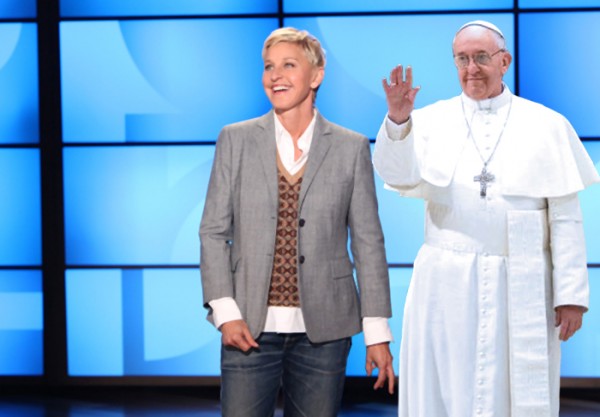 In a yet-to-be-aired episode of Ellen, the Pope talks about his newfound stance on homosexuality and transgender identity. 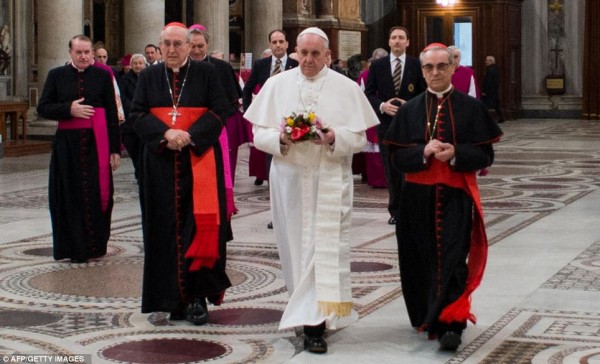 Will Pope Francis come out as an ally? He debates his options with his closest Cardinal pals.