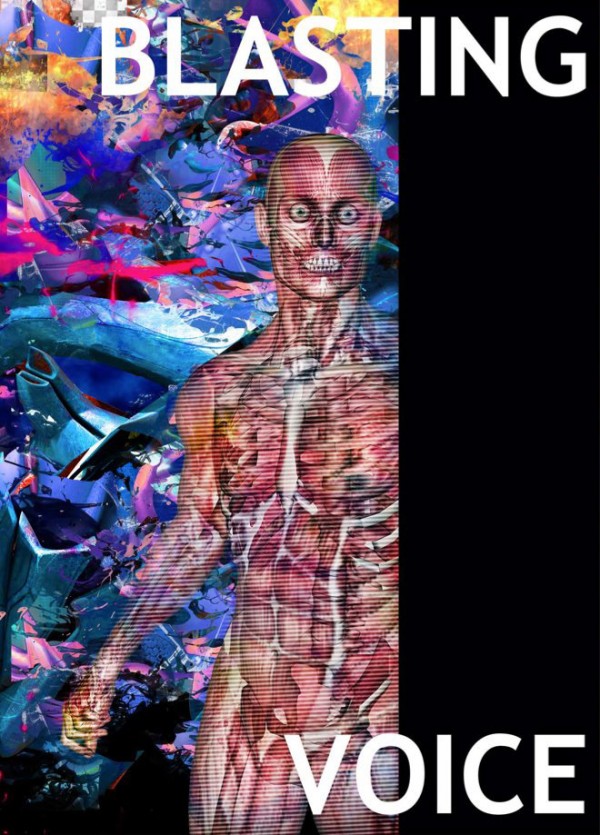 BLASTING VOICE is an exhibition conceived and developed by Ashland Mines. For the main gallery space, Mines, in collaboration with Thunder Horse Video, designed a stage with an over-equipped sound system to accommodate a single performer. On nine nights throughout the show, this stage will be activated by 27 performances — both linguistic and non-verbal, acoustic and electronic — exploring poetic and formal dimensions of amplification. There will be an image projection designed by Seychelle OD Allah in the reception area.

Performances start TODAY, Jully 11th at 6pm. Check below for all dates and performances.

For more information on the artists involved visit –> SUZANNEGEISS.COM 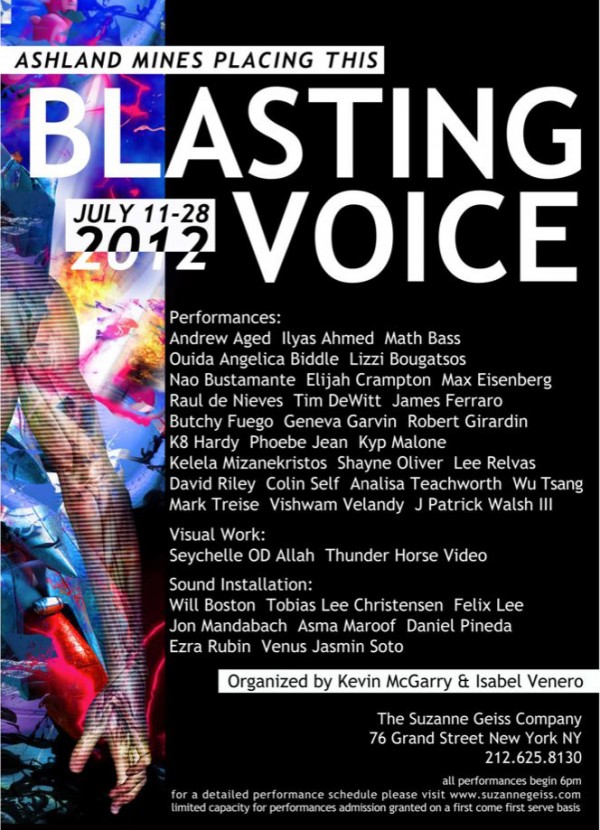