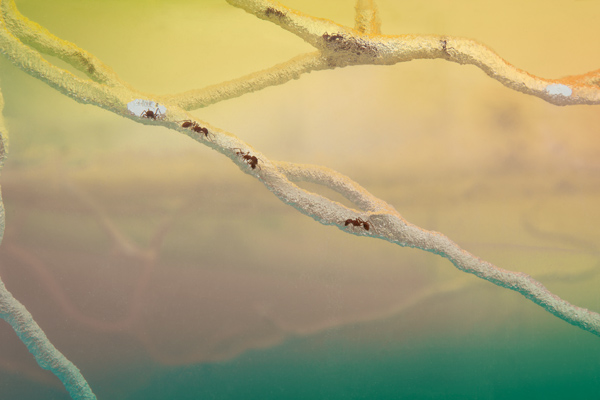 Tomorrow Gallery’s sophomore exhibition LIVE/WORK features a breakthrough presentation by the artist Brad Troemel, known widely for the tumbler-based group The Jogging, co-founded with Lauren Christiansen in 2009. Tomorrow’s director Tara Downs, formerly of Tanya Leighton Gallery in Berlin, through a combination of courage and grace has become an artists’ gallerist sine qua non, respected for her commitment to emerging practices and projects less likely to find support in typical commercial venues.

Troemel, who has produced several notable online projects tailored to the mechanisms, rapid refresh rates, and low word counts of the internet, instead creates at Tomorrow a physical ecology of contextual complexity and focused attention often destabilized and decentralized on the web. 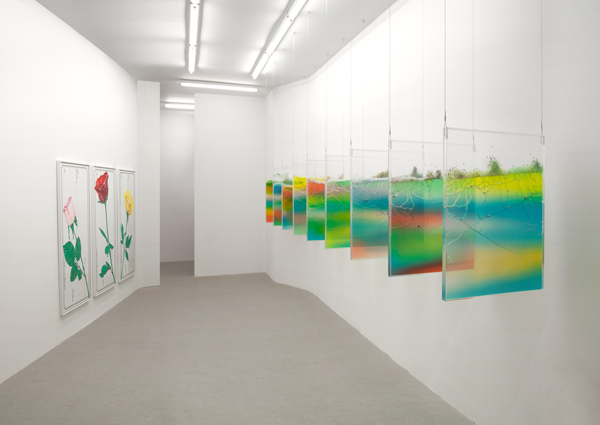 However, what distinguishes LIVE/WORK is that despite the presentness of the installation, it nonetheless embodies the inflections of Troemel’s interrogation of web-based experience — far beyond the strategy of work made just to be photographed, an over-sited quality used to distinguish art made after the adoption of the World Wide Web. For example, the atypical financial structure incorporated into LIVE/WORK demonstrates one example of how in an era where images demand to be considered amongst the populations of images they participate in, the cultural vanguard likewise is moving past a time when “individual works somehow meant more than the always fluid relationships between them.”

Troemel, who trained as a writer in addition to studying fine arts, lays out these and other fundamental insights into the shifts in artistic culture engendered by the internet in his potentially canonical essay “Athletic Aesthetics.”

The re-deployment in physical and conceptual terms of cultural phenomena evolved in digital terms speaks to the young artist’s developing thoughtfulness and agility that make him an expansive and reflective resource on the cultural conditions of our collective experiences. 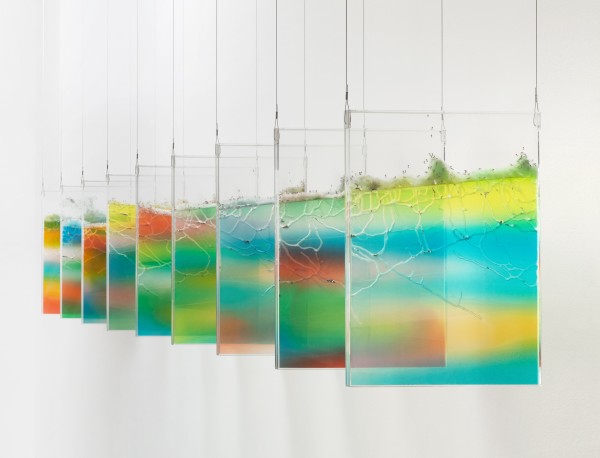 LIVE/WORK, an installation of space-age ant farms, builds on the artist’s lines of inquiries into issues of labor, currency, ecology, consumption, interconnectivity, and the expanded artwork.  Sandwiched between crystal-clear cartridges of plexiglass that hang from the ceiling, ants make their homes in multi-colored layers of gel — commercial variants of NASA’s soil replacement used in ant-based zero-gravity experiments.

The nine ant farms on view each contain three different colors of gel representing unique charities selected by the artist. While tunneling through the gel the ants eat some and excavate the rest, depositing it into piles on the surface. When the exhibition closes at the end of November, the debris the ants have piled up will be weighed and the farm that has accumulated the most debris ‘wins.’ While the ants remain ignorant that their existence has been appropriated as a form of unpaid work, the three charities represented by the winning farm will evenly split an award equal to 10% of the proceeds from the sale of all farms on view. 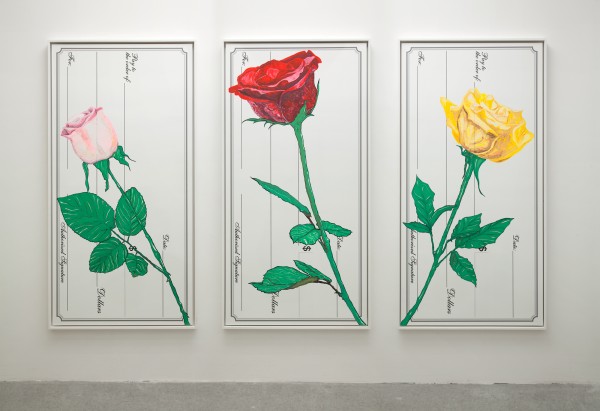 With debates in full swing on the ethics surrounding big data and the profiteering that occurs when corporations monitor and monetize the identities and behaviors of their users without their knowledge, LIVE/WORK is a poignant reminder that there are powerful yet invisible forces that impact our existence — and that it is an important role of the artist to interrogate those forces, or at least to make them visible.