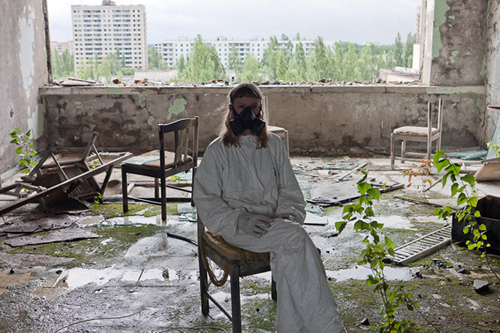 The story is not clear at all, and it will probably never be. But in the Summer of 2010 a group of 6 people, who barely knew each other, met in an anonymous apartment in the suburbs of Kyev, Ukraine.

They came from different parts of Europe and the US, and they had an appointment. Nobody knew about their final destination, nobody knew about Plan C. They told friends vague stories about “entering The Zone” and “throwing metal nuts”. They had one thing in common: an obsession for Tarkovsky’s 1979 movie Stalker.

On August 10th the Chernobyl Zone of Alienation Administration – responsible for the protection of the highly radioactive area – issued authorization to 6 US and European citizens to enter the Zone.

To find out more visit www.PlanC.cc