While reading A Very Short Introduction to Game Theory, I came across the following passage,

“If you want people to vote, we need to move to a more decentralized system in which every vote really does count enough to outweigh the lack of enthusiasm for voting which so many people obviously feel…Simply repeating the slogan that ‘every vote counts’ isn’t ever going to work, because it isn’t true.”

I was jarred. For me, anecdotally knowing that the voting system was problematic kept the problem out of sight and mind. Learning that its mechanics are flawed made the problem immediate, actionable, and personal. If the official Oxford University Press book on game theory (the study of mathematical models of conflict and cooperation between intelligent rational decision-makers1) was proclaiming that our presidential election process doesn’t have a fair mathematical equilibrium, then I wanted to understand why. The first question I needed to ask was, “Does the government actually want people to vote?” Nowhere does is it state that the President is the representative of the people. Rather, the President is obligated to recite,

In turn, the Constitution vests all of its powers in Congress, which itself is composed of state representatives. The Electoral College, the body that elects the president, is composed of electors nominated through the state. The combination of congressional and presidential appointments guarantees that all power rests in the organization of the state. As a result, people can migrate between states freely, but the value of their vote for president can not. I won’t go into detail about how the Electoral College works, but if you’d like a simple animated explanation, you can watch this cute video by C.G.P Grey.

So, even if the government was organized to value the popular opinion of its citizens for president, the Electoral College blocks our opportunity to collectively vote on a single representative. At the same time, the alternative to the popular vote has problems of its own. If the popular vote were used to elect the President, we would immediately encounter the problem of establishing a national, interstate voting system—but let’s save voting systems for later.

Once a national voting system is engineered and deployed, we’ll have to contend with a two-party tendency wherein voters are scared into dichotomies by vote splitting. Vote splitting reduces the chances of winning for multiple, similar candidates and increases it for single, dissimilar candidates. This is called the spoiler effect. Again, if you’d like a simple explanation of vote splitting, watch this other video by the C.G.P. Grey.

The following Wikipedia articles provide a great inventory of information about Condorcet and other voting methods, as well as explanations of a variety of systems and their mathematics.

Many of these alternative methods have problems as well–in fairness or in the economy of their implementation. A voting system using an exacting Condorcet Method would run multiple rounds of elections. Now let’s return to voting systems. There are research systems that are capable of capturing multiple votes inexpensively and verifiably.

The Cornell Civitas project is looking at blockchain technologies to securely collect votes.

BitVote is exploring a time-based blockchain solution for voting.

These technologies are unproven, but they represent an opportunity to change the meaning of our vote by changing the way we vote. Instead of anxiety-ridden, single votes, we could have low-key multiple votes that are more fairly considered. A decentralized, multiple-round voting system which uses a Condorcet method would quell the two-party system, affording more challenging political groups. The Evangelicals could separate from the Fiscal Conservatives and Libertarians to create God’s true party—a party that would get rid of all of the people that the Bible doesn’t like. The Rainbow Coalition could separate from the Green Party (because, Green-Rainbows?). As the importance of party strategies decrease, the quality of individual candidates must increase. How will we identify quality representatives within a sea of options? Of course, this question doesn’t matter yet, because your vote is still merely a symbolic gesture.

Special thanks to Dillon Petito, Ouida A. Biddle, Samuel G. Cormier, and Nathan D. Bartholome for editing. Also, without the content of Ken Binmore and C.G.P. Grey this piece would be a difficult-to-decipher mess, like most policy pieces. 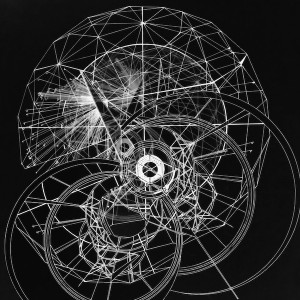 Laboria Cuboniks is currently a group of 6 women working together online to redefine a feminism adequate to the twenty-first century. They collectively wrote Xenofeminsim: A Politics for Alienation in 2014. Here, in conversation with Postcontemporary Issue guest editors Armen Avanessian and Suhail Malik they discuss the dissatisfactions and limitations of historical feminism and the importance of theorizing “the future” as a feminist project. Armen Avanessian and Suhail Malik: The initial formulation of your political… [read more »]