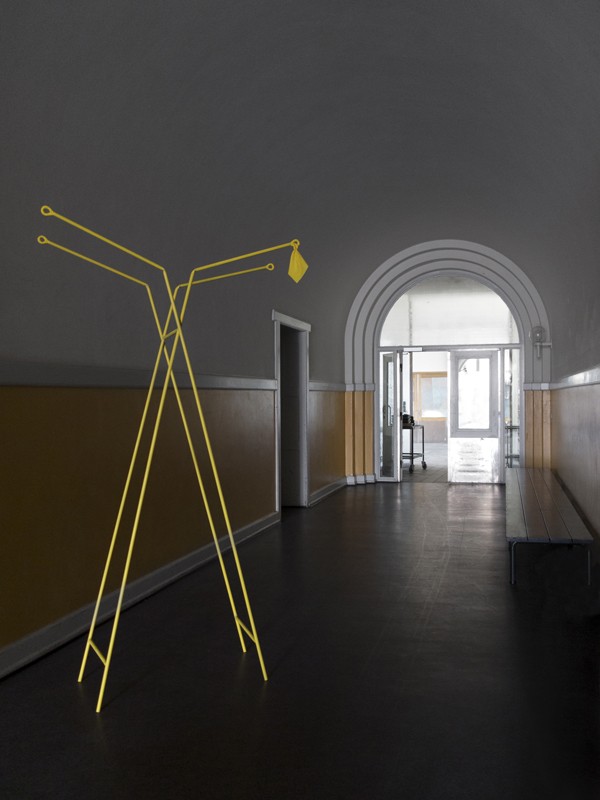 In the dull haziness of the North European summer, Danish artists Amalie Eibye Brandt and Rasmus Myrup (both students at Funen Art Academy in Denmark) organized the show Feels Greyed at Aarhus Katedralskole. A show which sought to examine one of society’s most visible, yet critically undigested institutions: the high school. A place of social and intellectual triumph, trauma and formation all at once, the infrastructure and architecture of your average high school evokes the kind of borderline emotional fluxus that is so symptomatic of adolescence. Everyday one moves from the canteen to the classroom and navigates between educational, social, intellectual, sexual, guardian and nursing environments.

However, Feels Greyed’s interest is more architectural or even object-oriented as it flushes the high school of its main content: the students. Here, the space is revealed as an essentially anthropogenic place, haunted by the absence of its main function, that is, it’s clients and users. This eviction of humanness allows for an object-oriented mutation of the space: hallways become empty runways, classrooms become chambers for the intense study of objects, and the cafeteria suddenly only represents food rather than producing it. “All the pieces in the show deal with objecthood in the absence of humans” says Rasmus Myrup, “…there is a certain passing of time, and a peaceful decay or change in all of the works.”

The show features sculptural work by Brandt and artist Kasper Hesselbjerg, as well as 3D renderings by Myrup – all occupying and autonomously existing within the desolate landscape of the educational institution. Furthermore, early 20th century novelist Virginia Woolf makes a haunting cameo in the form of a quote from her novel To The Lighthouse (1927), quietly beaming from a projector. Here, one of the protagonists talks about the heartfelt pain of emptiness and what becomes of the things of the world when no one perceives them. Objects, whether natural, digital or sculptural, can be more intellectually stimulating when left to their own devices.

“How is it possible to withstand the ravages of wear and tear? Who can do it? We? What soul comes to our aid? What lasts, what collapses and disappears? What wind animates beings and decomposes things? How should we live, here and now—but also (in contretemps) in eternity?”
– Feux et Signaux de Brume: Virginia Woolf’s Lighthouse 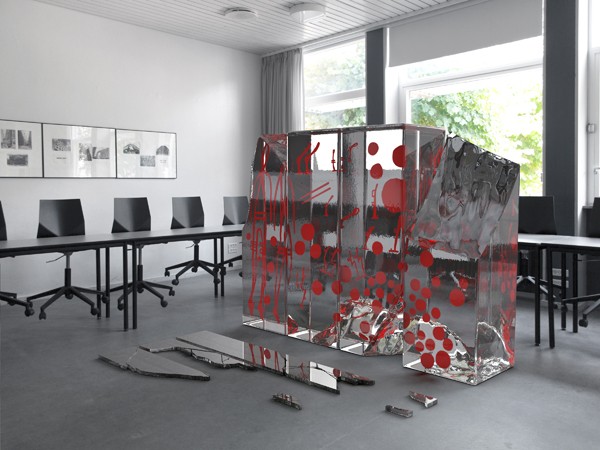 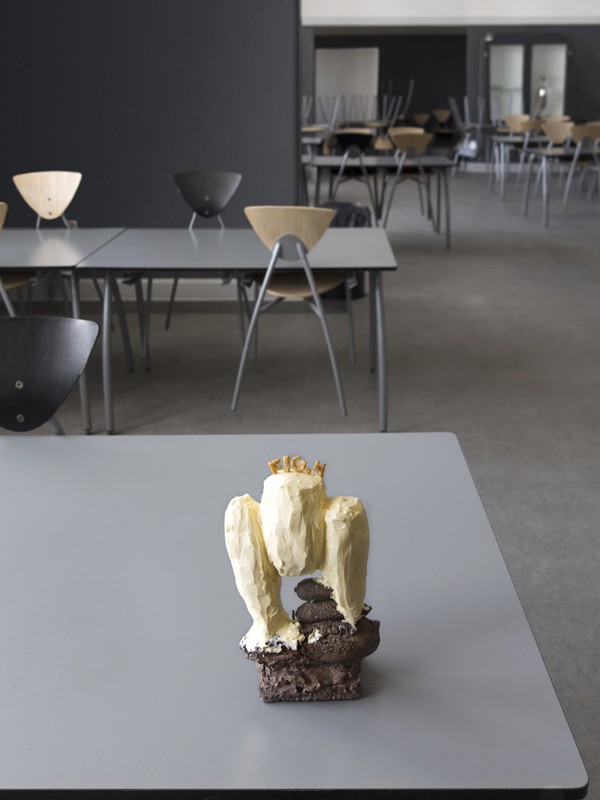 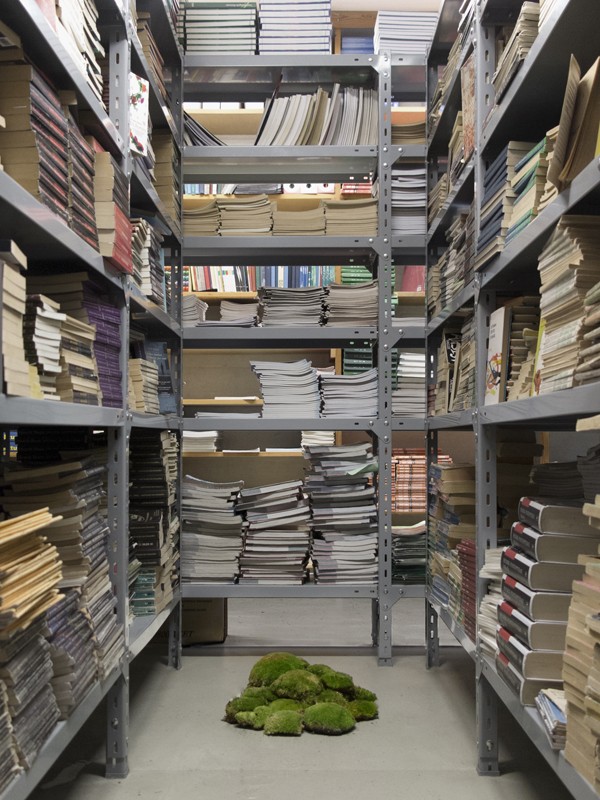 Rasmus Myrup, This Room Will Be Amazing In 500 Years 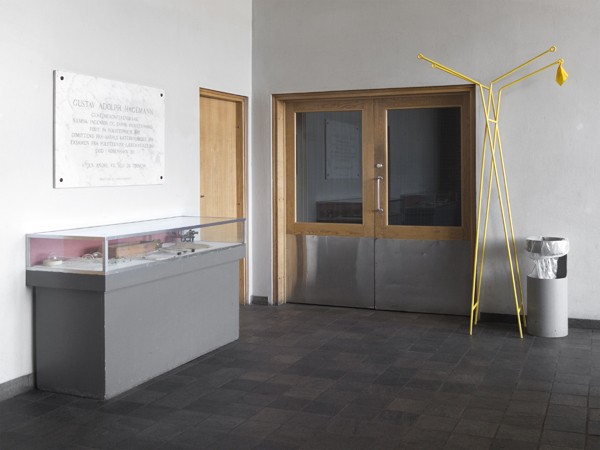 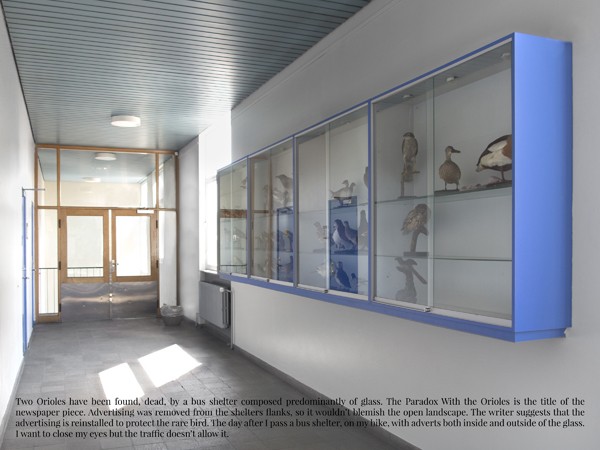 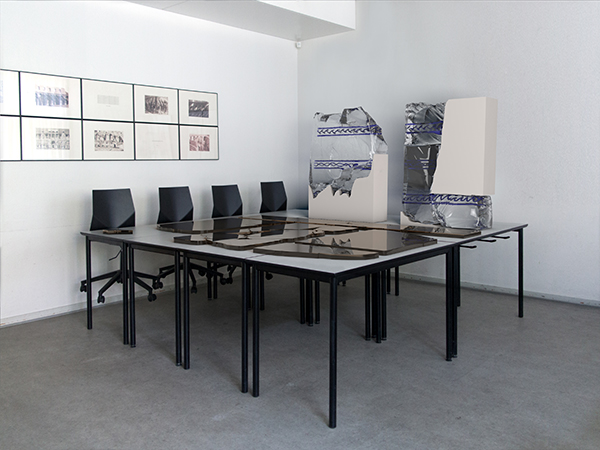 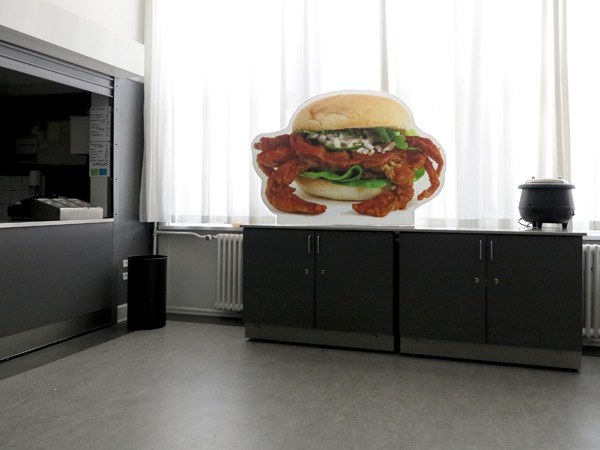 Virginia Woolf, excerpt from “The Lighthouse”