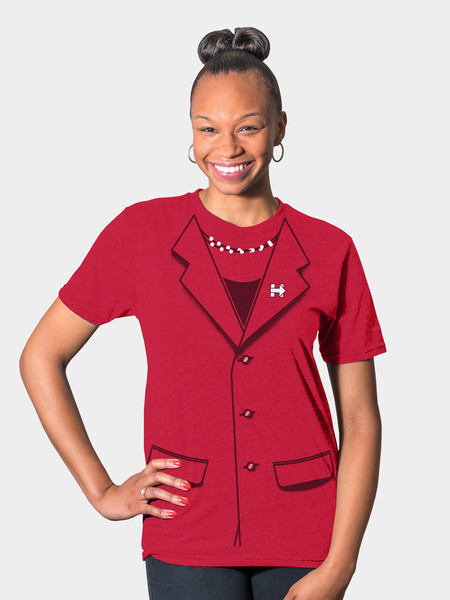 Recently, T-Shirt Box Salisbury and Dismagazine explored the ethics of the environmental crisis with the DISaster issue, and addressed urgent questions related to big data with the Too Big To Scale issue. By launching the DISawareness collection, we wanted to incorporate these discussions and ideas into DISown.  We approached an array of artists to design T-shirts that engaged critical issues that shake the political moment.  Now that Hillary Clinton’s fashion-forward swag is #trending, it seems as though the T-shirt is gaining political salience. Commodity campaigning has become increasingly popular in the era of slacker politics and click-bait discourse. While the Clinton campaign t-shirts might represent a growing desire to engage the young and fashion conscious, are they enough to rise above the public sphere’s digital noise? Is the Hillary campaign reaching for that next-level, or are its fashionable basics… well… basic? 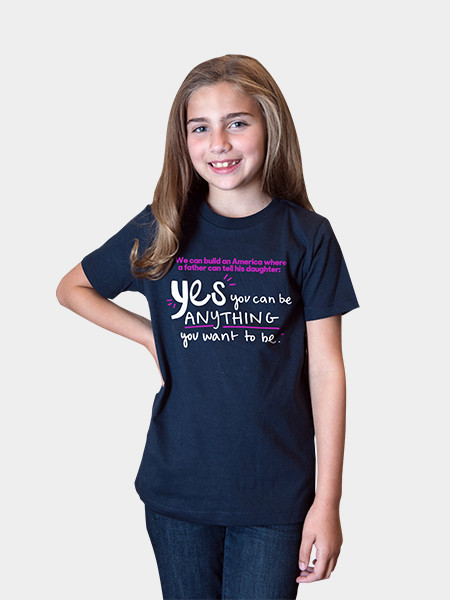 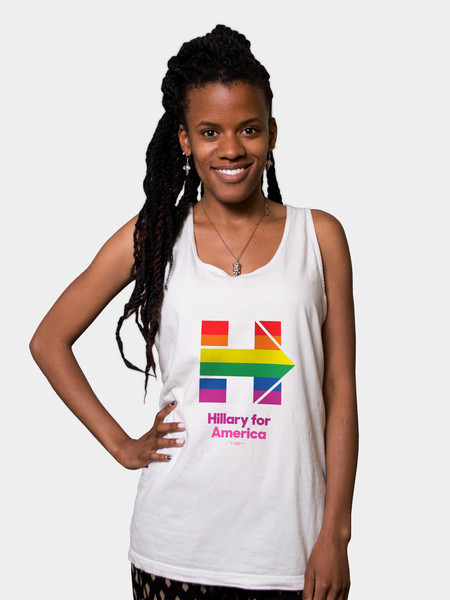 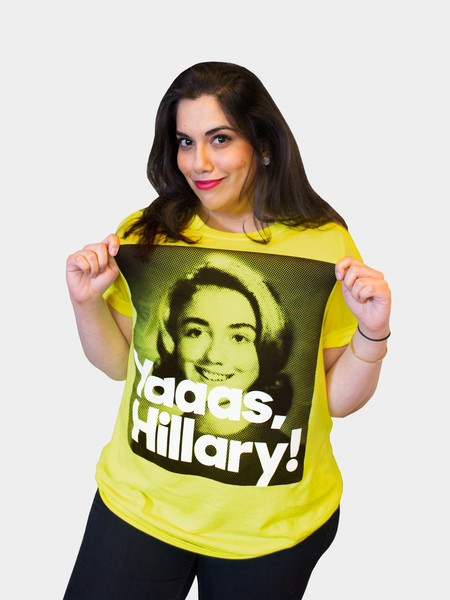 The Loud and Proud Tee

In a post-Citizen’s United national context, many Americans feel discouraged that the opportunity to truly participate in politics has been foreclosed by lobbying and corporate interests.  The T-shirt becomes a device through which candidates can raise yet more funds while speaking directly to an alienated constituency desperate for a sense of belonging. The designs resemble Internet memes, perhaps in an attempt to appear culturally relevant to an audience habitually instilled by media.  The quality of Clinton’s collection speaks to the dissonance among political and cultural infrastructures along the 21st century American landscape; the grab for presidential sovereignty demands pandering to internet attention economies.

Now that Hillary has upped the ante, can the GOP continue to compete with her budding political wearables? Jeb Bush has introduced his own collection of campaign merchandise, Jeb Gear. Bush’s merchandise has a much more corporate aesthetic, perhaps as an appeal to the country club set. But the strongest GOP contender in the merchandise game is Rand Paul, whose store includes its very own Hillary smear section for all kinds of targeted anti-Clinton goodies. “Political fashion is boring,” reads a banner, “Rand fashion is cool.”  Rand’s merch store has a highly eclectic selection, offering a wide array of branded products from iPhone cases to signed copies of the constitution. 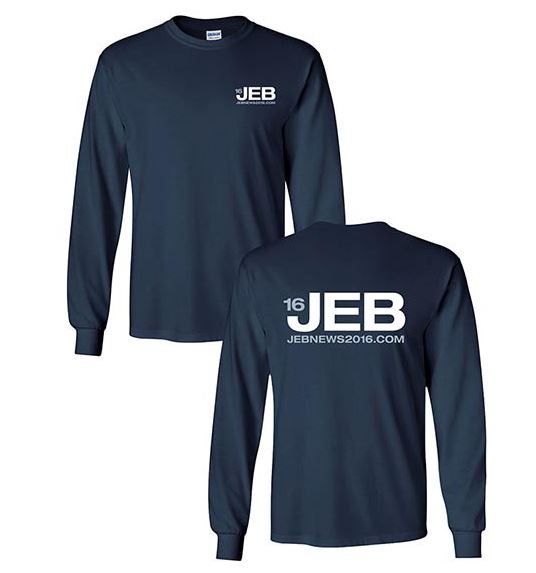 Watch out Ralph Lauren, Jeb Bush is on your tail 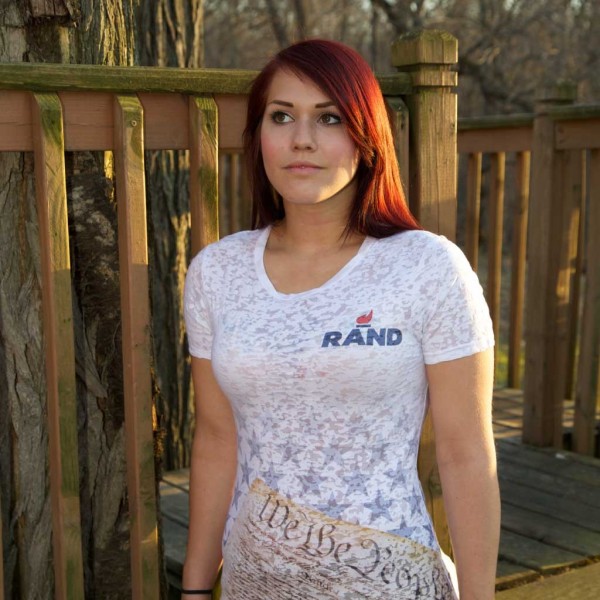 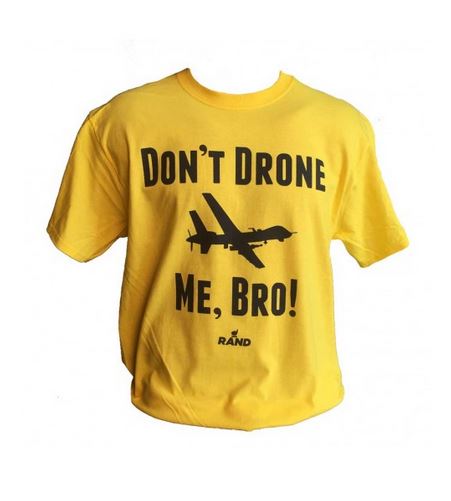 The Don’t Drone Me, Bro! Tee 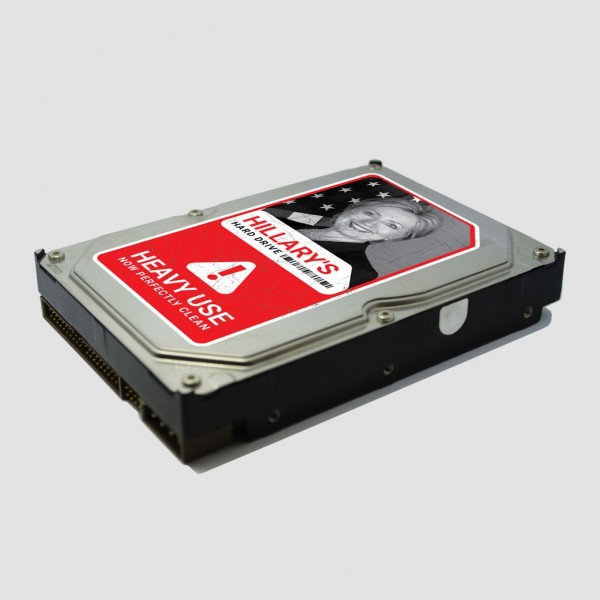 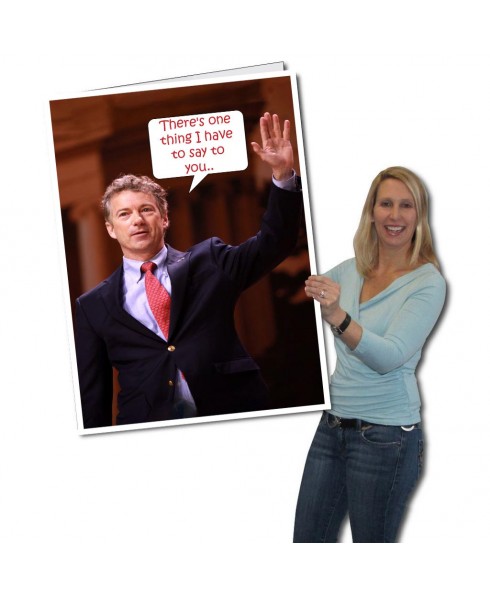 The success of both Rand and Clinton’s attempts to pique the interest of the 89plus is debatable. Both campaign sites speak to the transformation of political communication as a result of interactive media. 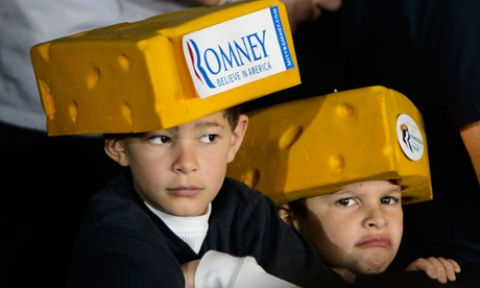 Should Cheese Accessories Make a Comeback? 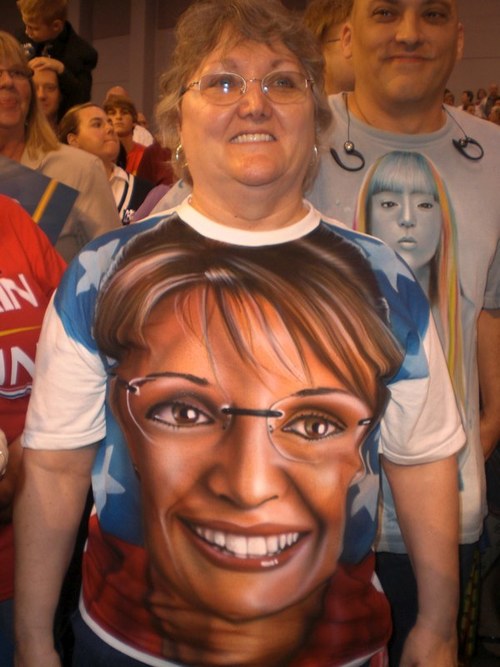