“In post-Fordism, there exists a permanent disproportion between ‘labor time’ and the more ample ‘production time.’” — Paolo Virno1

Lights Out, Wyatt Niehaus’s first solo show, was held last Saturday evening at Retrospective Gallery, the relatively new venture between Joel Mesler and Zach Feuer (opening in January of this year). The space was filled with temporary transplants from New York City and the surrounding area, feeling like an emptied out Soho loft, a facade broken by an enormous skylight toward the back of the gallery. 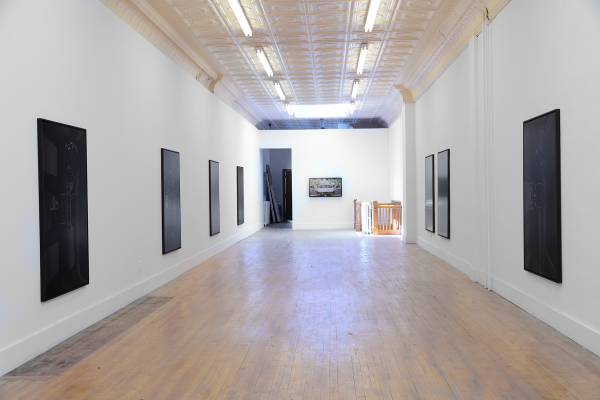 Each of the eight C-prints depicts a different car interior as if from inside dark factories with little to no human workforce. Each piece is only slightly different than the last, the marks of their particular model shown only in their dashboards, a struggle already to discern out of the darkness. At the back of the gallery, a screen directed out toward the street plays a video, “Body Assembly – White Exteriors” (2014) filmed at the Rex 2013-International Robot Exhibition in Tokyo and at the FANUC factory in Oshino, Japan, an instructional video with no audience. This video situates each of the prints in both the spaces they were constructed in contrasted with the present, white walled gallery. 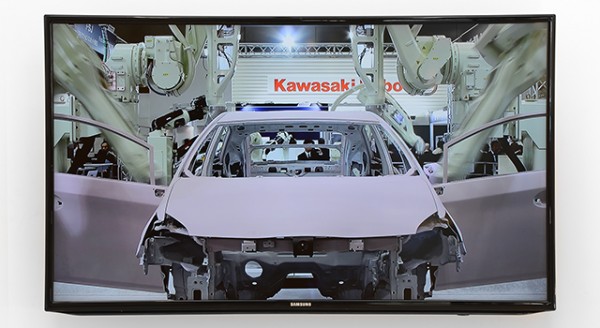 Using the factory as his source material for isettlement, Niehaus situates himself as the spectator within these spaces of production. However, his role is not unlike the (few) other workers in factories such as FANUC that are largely automated. The role of both Niehaus and the worker in this context is that of both a spectator2 and as an instrument of surveillance, policing the robotic arms for errors. Anyone viewing this piece becomes a worker in the factory themselves, involved in the same labor as the workforce in the factory itself, not to mention drawing attention to Niehaus’s hand (or lack thereof) in the work presented here. 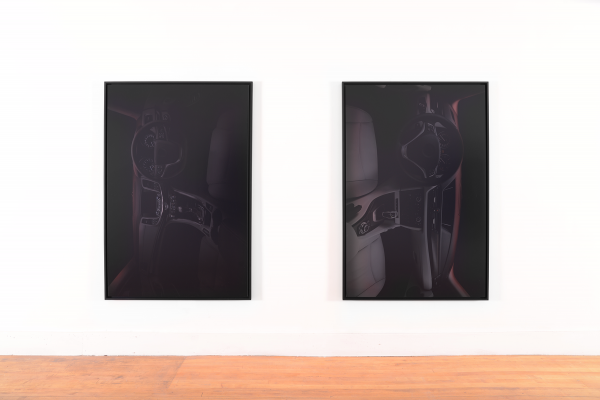 However, of course, there’s a darker laborer at work here, that of the programmer designing the tasks undertaken by the machines themselves. Off of the factory floor, a separate workforce constructs the operations used by the overseen machines to build their products. Whether outsourced or part of the same company, these workers act as a third arm, writing in a decentralized, global language of code that does not necessarily require them to be anywhere near the production of these works, but are the dark horse of production. uIn this way and through creating visualized artifacts of the production line used to create these cars, Niehaus becomes one of the producers closest to the creation of these objects, and, by proxy, we sit closer to these pieces, too. 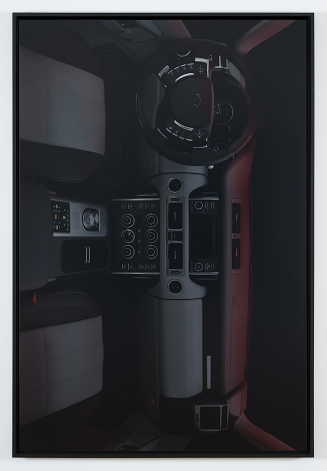 In his work Uncreative Writing, Kenneth Goldsmith (citing Christian Bök) argues for what I’ll call here a “dark language,” a language employed not by humans but by machines to create innovative writing and one never intended to be read by a person3. Writers of our generation, Goldsmith argues, should be more concerned with creating a program read by a machine than a piece read by a human to output anything interesting. In viewing Niehaus’s works, one can’t help but wonder at the programs written for the machines in factories like FANUC that output a machine created by a different product and thus only as a derivative of human labor. What if this cipher were to move up a level? Feasibly, a program could be created over time that tracked the changes between car models and makes and project future design, thus allowing a program to absorb the labor of creating a separate group of tasks for each updated car model, much in the same way a simulation could predict changes in speech in a given area over a given time (with room for error). 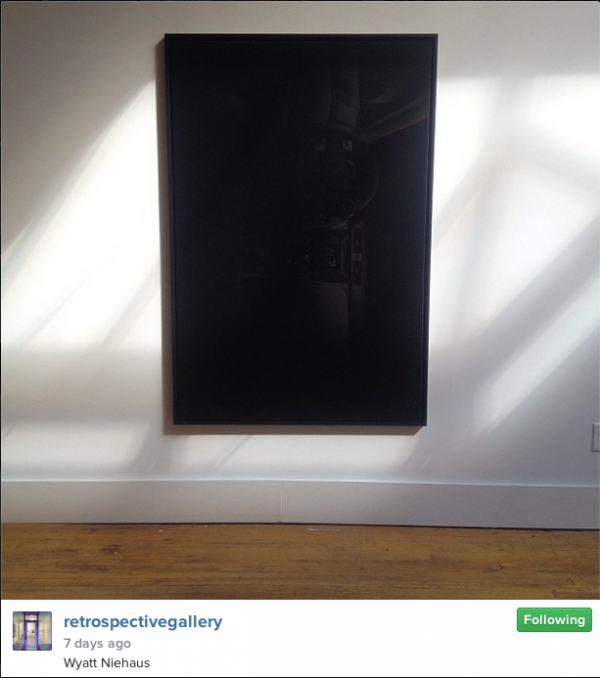 When Goldsmith writes in the New Yorker in December of 2013 on Google Books and particularly Andrew Norman Wilson’s 2011 “ScanOps” project, he notes on the errata inherent in the system of labor Google has set up to scan books: “Amusing and titillating as these images are, it’s easy to forget that they’re the work of an army of invisible laborers—the Google hands4.” However, human intervention has been recorded in the errors present here, an almost invisible and still brightly lit workforce to contrast the absent laborer in the FANUC assembly line. At the end of her essay “Is the Museum a Factory?” Hito Steyerl asks on the post-Fordist never-ending cycle of production: “What else is desperately missing from the museum-as-factory? An exit5.” The binary between museum and factory dissolved, production has instead decentralized and dispersed, giving rise to questions of where and how objects are produced and who, to any extent, is involved in their production. In “Lights Out,” Niehaus tracks this phenomena with each print, side by side, dim objects in the gray space of this in-between, alluding to pitch-black objects without illumination.They also used this detailed guide by Shooting Authority to make illumination even better.