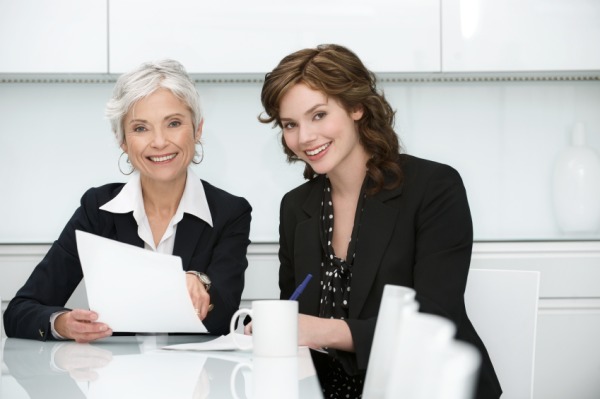 A: As females, we’re supposed to read/watch fem-genre entertainment. Let’s look past the gender-normative and diminutive titles we’ve given Chick Lit and Chick Flicks and instead look at the trends within these groupings and how they describe us. No longer are we choosing a SATC character to be, or a Liz vs. Jenna (or for the younger generation, a Liz Lee from My Life As Liz, and even younger still, Carrie Bradshaw, but the one from The Carrie Diairies), because everyone is a Carrie, or a Bridget Jones, everyone is the mythical Tina Fey, Lena Dunham, Rebel Wilson, and Kristen Wiig, and everyone is all the am-I-right-ladies standup comedy in the biggest grossing chick flicks, the underdog romances. Is this progress? It’s easy to say a female writer in a TV network of men withstands familiar trials and tribulations to the everywoman because every woman as a passionate dissatisfaction with her workplace, but it’s less easy to this character’s successes are very familiar at all, which means we’re simply identifying with self-deprecation.

We’re calling ourselves Cathys, even if we’re hot. I mean, I’d more likely empathize with Cathy’s “AAACK!!” than with Carrie’s “So there I was…” even though I’m a writer in New York, and no longer an office assistant in the suburbs, but I’d rather not have to choose. I, for one, have never chosen Angelina or Jennifer. I like and dislike basic components of each female prototype. Angie has the drive and the exuberance of the bitchy goth in high school and Jenny has the optimism and evenhandedness of the rich cheerleader. Jolie also has the scary adoption/philanthropy thing and the quiet distaste for other women. She’s the action star, and even in Girl, Interrupted and Hackers she was mean to the other females. Aniston has the whole pouty-girl-next-door thing, which means she’s unlucky in love, too—she can’t find a man because he’s probably the asshole right under her nose. She’s a romantic comedy, a not-perfect but good enough option, like Rachel, who ended up with… Ross.

The real problem is that we can’t see the real Rachel, and so we’ve made generalizations about her privileges. There are levels to her as there are to her character’s creator, or any writer. But we also can’t see the real Jennifer Aniston, or the real writers who re-imagine Aniston for us in gossips. Anne Carson once described this dilemma, when speaking of her own poetry and its “failures” to an interviewer for The Paris Review (2002):

“I do think I have an ability to record sensual and emotional facts and factoids, to construct a convincing surface of what life feels like, both physical life and emotional life. But when I wrote things like ‘The Glass Essay’ I also wanted to do something that I call understanding what life feels like, and I don’t believe I did. I also don’t know what it would be to do that, but if I read Virginia Woolf or George Eliot describing emotional facts of people, it seems there’s a fragrance of understanding you come away with—this smell in your head of having gone through something that you understood with people in the story. When I think about my writing, I don’t feel that.”

And from where was the fragrance emitted? In Virginia Woolf’s Orlando, it was the writer’s writer-character, the biographer, who comes to life in his first description of Orlando, as we are told the dimensions of each the subject’s physical features, creating a disjointed picture of a generic face. And in George Eliot’s Middlemarch (1871), we get to know George, don’t we? I mean, we get to know every character, and well, but after all of it, it’s life’s fragrance we are left with, and not one chick’s total self is fully constructed. In Eliot’s The Lifted Veil (1859), she writes about her own lifted anonymity as an author (when the public found out she was a female), and describes the same passionate dissatisfaction her best characters possess as she tells of her young adulthood:

“I read Plutarch, and Shakespeare, and Don Quixote by the sly, and supplied myself in that way with wandering thoughts, while my tutor was assuring me that an improved man, as distinguished from an ignorant one, was a man who knew the reason why water ran down-hill.’ I had no desire to be this improved man; I was glad of the running water… I did not want to know why it ran; I had perfect confidence that there were good reasons for what was so very beautiful.”

Anne Carson would no doubt feel the same way. There is no way to show the subject, the effect it has, and its cause or reasoning, without giving up some essence of its existence within our understanding of it. We can see one character in focus, but not the rest, and then it shifts. Or all of the characters were only around to reflect the author’s true feelings. In fact, Eliot is famously quoted as having said, “You may try but you can never imagine what it is to have a man’s form of genius in you, and to suffer the slavery of being a girl,” but it was one of her characters who said this, in her last novel, Daniel Deronda (1876). But we all know who this was really about, am I right ladies?

In all of the describing and depicting, by the way, Brad Pitt is simply read as the stand-up father, the brilliant actor and the drop-dead catch at any age. Look at any male protagonist in a chick flick, and add up the similarities. The prototypes are less nuanced, but in becoming overly simplified, they become more desirable. So, the females in chick flicks have range, but they’re sentimental and need fixing, while the males are colorless, but at least they’re consistent. And then there are the endings. There’s always a stupid wedding scene when some men save the kooky ladies from their own self-sabotage. Many a TV series, too has ended with a marriage, and look, now they’re not around for us any more. Instead of viewing the wedding as the perfect ending to a hellish single life, we should see these unions as warnings: the fun is over. And Devil Wears Prada-type movies can stop implying that being married to work is less healthy than being married to a person. Work is scary and unreliable but so is everything.