In 1913, the Russian painter Kazimir Malevich (1879-1935) takes an extra look at what exactly he is up to. He does not fancy the painting he is working on, and paints it over with black. This, on the other hand, he likes so much that, as he later recounts, he “couldn’t eat, drink, or sleep” for an entire week. This is all big and new: “Everything we’ve loved, is lost: we are in a desert… Ahead of us there is a black square on a white background!” 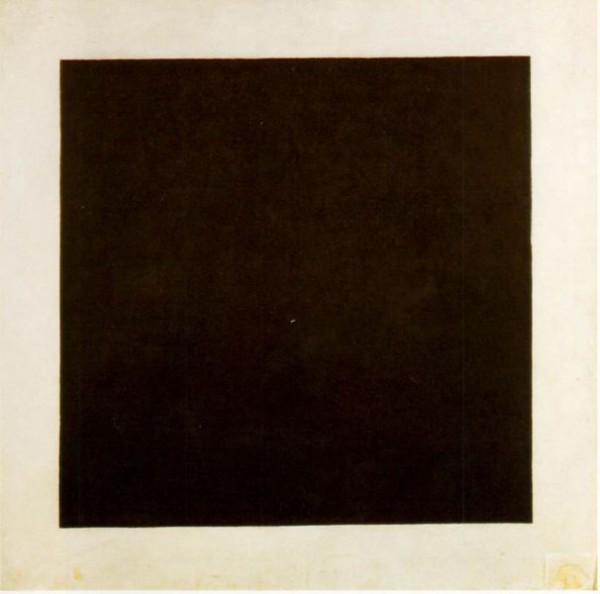 Since then, Malevich paints more versions of the “Black Square,” but keeps backdating them to 1913. It is an important moment in art history: Malevich is today celebrated as the originator of the single color painting, The Monochrome.
Malevich gets excited, and quickly he is on a roll. Next he paints “Red Square – Painterly Realism of a Peasant Woman in Two Dimensions,” and after that “Suprematist Composition: White on White.” But even if many art historians are now celebrating the 100th anniversary of the monochrome, this is old news. 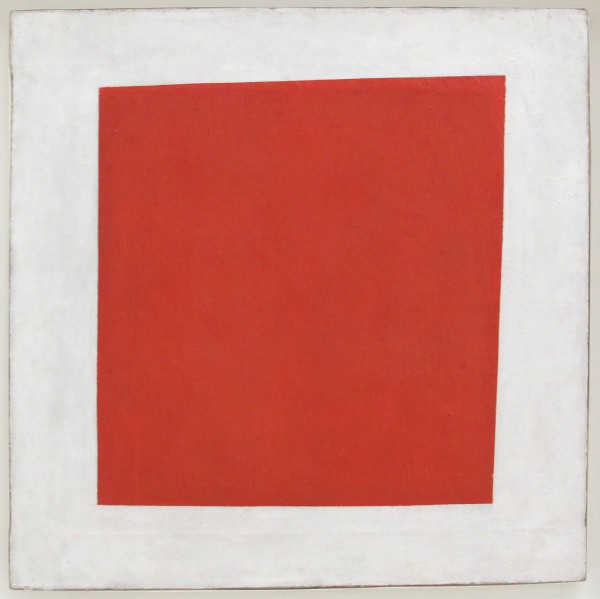 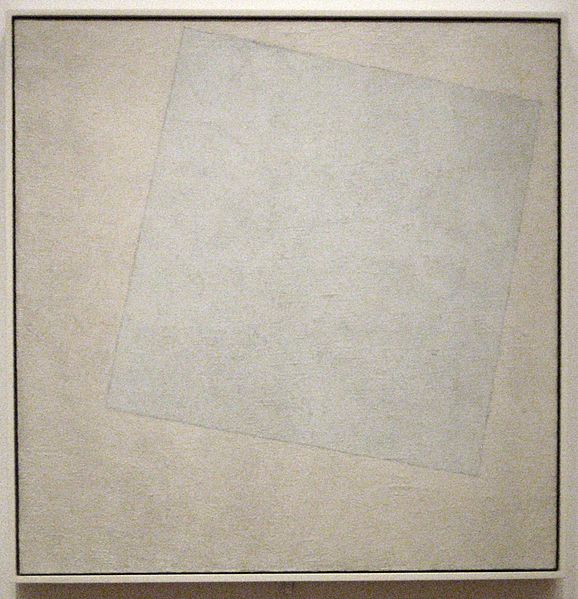 In the first volume of Laurence Sterne’s novel “The Life and Opinions of Tristram Shandy, Gentleman” from 1759, the immoderately facetious character, Yorick, dies all too early in the story. A beloved is lost. Sterne marks this tragic turn of events with an illustration, making up a whole page: a black rectangle. It could depict a grave. But this is not painting. Nor are the black monochromes which French caricaturists like Bertall depict in the French press from the 1840s onwards.
What apparently is a painting, however, is the monochrome exhibited in 1851 in Brussels. The painting might have disappeared, but the description of it has not: “The ocean is blue – the sky is blue – and Pandora’s chemise is blue – her blonde hair is blue. And when he has painted her flesh blue, one would think that the artist was blue.”
Another early monochrome painting appears in Paris in 1882 at a group exhibition organized by Les Arts Incoherénts. The poet Paul Bilhaud (1854-1933) exhibits a canvas painted black in a golden frame: “Negroes fighting in a tunnel.” His colleague, writer and journalist Alphonse Allais (1854-1905) is so enthused that he subsequently exhibits a white piece of paper with the title “First Communion of Chlorotic Young Girls in Snowy Weather” and a scarlet red piece of fabric named “The Apoplectic Cardinals’ Tomato Harvest by the Red Sea.” Alphonse Allais is on a roll — just like Malevich three decades later. Allais proclaims himself “monochroidal painter.” Later in 1897 he makes a booklet with eight monochromes, “Primo-Aprilesque Album,” which he does not manage to publish the first of April… 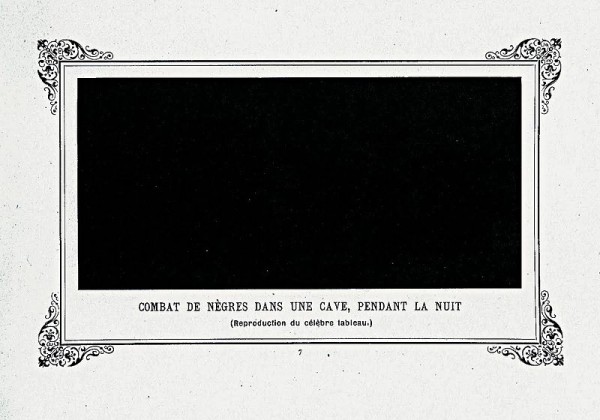 Alphonse Allais
Negroes Fighting in a Cave, in the Nighttime, 1897
Based on lost painting (1882) 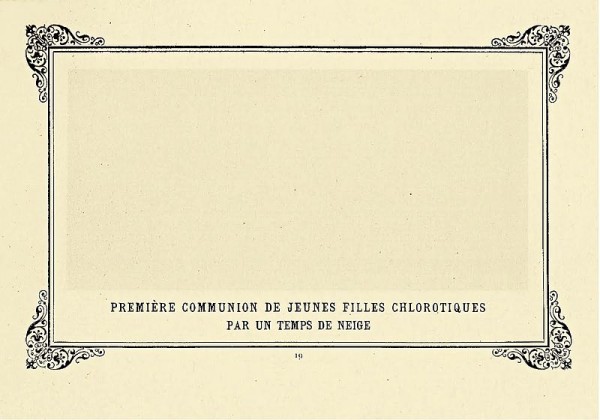 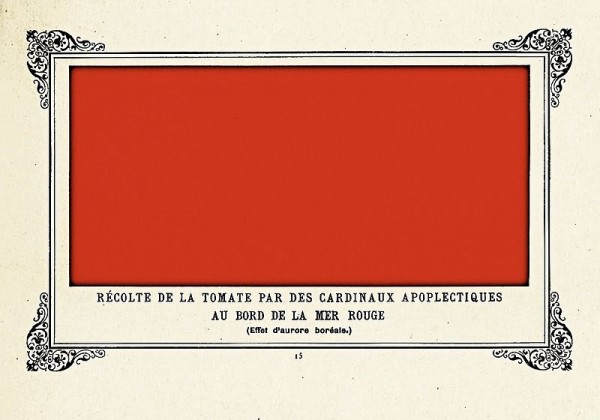 Alphonse Allais
Apoplectic Cardinals’ Tomato Harvest by the Red Sea, 1897
Based on a lost work (1884)

In 1954 another French artist, Yves Klein (1928-1962), launches his great career with a little book “Yves peintures,” which contains 10 monochromes. His colleague Ben Vautier points out that it is somewhat similar to Allais’ album. Klein replies: ”He didn’t follow it through.” Soon after, Klein becomes famous for painting canvases and other stuff blue, so-called International Klein Blue – a color which he goes on to patent.
In New York from around 1950 onwards, many big painters do monochromes. But the battle over the historically most fought-over color, black, continues. Barnett Newman (1905-1970) is convinced he owns it. In 1966, in a letter to the writer Barbara Rose, he complains that she writes an article about Ad Reinhardt’s black paintings “without mentioning my black painting, Abraham, the first and still the only black painting in history.”