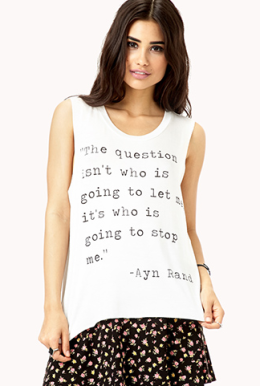 RevolTee-ng: If retail giants know one thing, it’s that the youth love a revolution. So what better way than to broadcast the revolution than on a t-shirt? Ever seen a Che Guevara shirt? Thought so. But what’s wrong with a quote by philosopher Ayn Rand? Nothing really…unless it’s a shirt made by Forever 21. Sure, Forever 21 may align itself with everything that the Objectivism theorist was against, but what if that was the point? The only thing better than the revolution tee is the ironic tee – especially when you make it yourself. Maybe our friends at Forever 21 are way smarter than we make them out to be…but also, like, maybe not.

GRRRL PWR: Malala Yousafzai hands down had the most amazing Thursday ever. Just ever. On Thursday alone, the sixteen-year-old Pakistani education and women’s rights activist won the prestigious Sakharov Human Rights Prize, and became the youngest-ever Nobel Peace Prize nominee. On top of that, her autobiography, “I am Malala” was announced as the second best-selling book on Amazon, and her interview The Daily Show went viral after leaving Jon Stewart completely speechless. Nothing says GRRRL PWR more than a kick-ass teenager making the world a better place, and for that we are forever grateful to Malala. 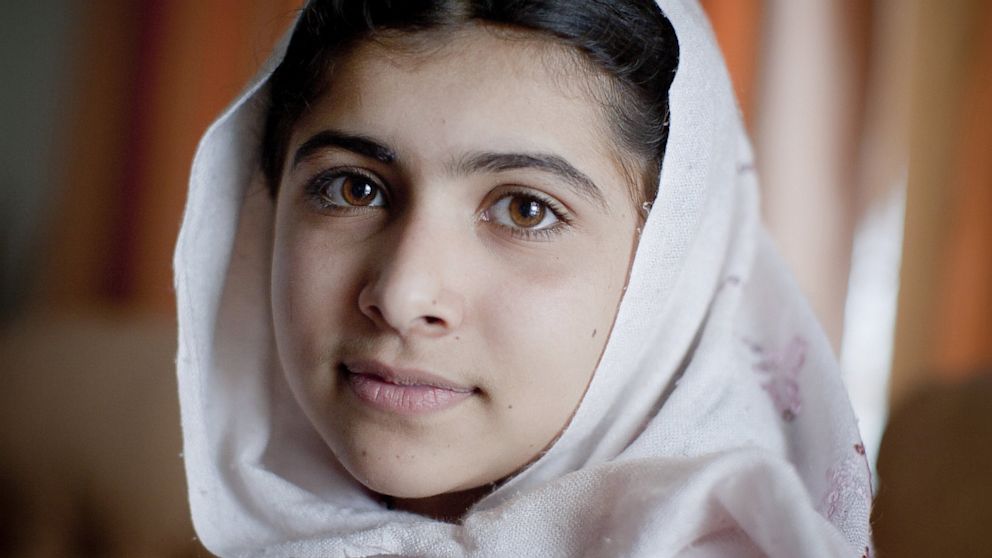 Bank$y: Some residents of East New York aren’t exactly hyped about all the new visitors in the neighborhood. After news broke of the newest Banksy piece in east Brooklyn, fans flocked to the scene with some even trying to remove the stencil from the wall. This morning residents took control over the stencil, hiding it under a piece of cardboard and charging tourists up to $20 to see it. The hypocritical anti-gentrification spectator may not see it, but these men have turned a tiny spray-painted beaver into a conversational performance piece.

Nothing IS the same: Thanks to the latest and greatest meme #starbucksdrakehands, I think I may have a new *thing* for Larry King. I know what you’re thinking – “I’m just saying you can do better” – but just watch this. It’s creepy, it’s silent, I don’t really understand what he’s doing with his tie there but I’ve never been so excited by a video of Larry King in my life. And I don’t know what to do about it other than share this news with all of you right here, right now.

My beautiful dark twisted (mermaid) fantasy: Close your eyes and picture yourself with Vin Diesel. Okay now picture him on the beach, shirtless, wearing only a pair of white Balmain pants. He whispers your name, takes your hand and leads you deep into the water, where you become creatures of the sea, deeply in love as you explore the world of the aquatic. Now open your eyes, and see that this dream is already a very real reality. Shoutout to Vin though for making Merculture relevant again, you know, after it went  totally mainstream.