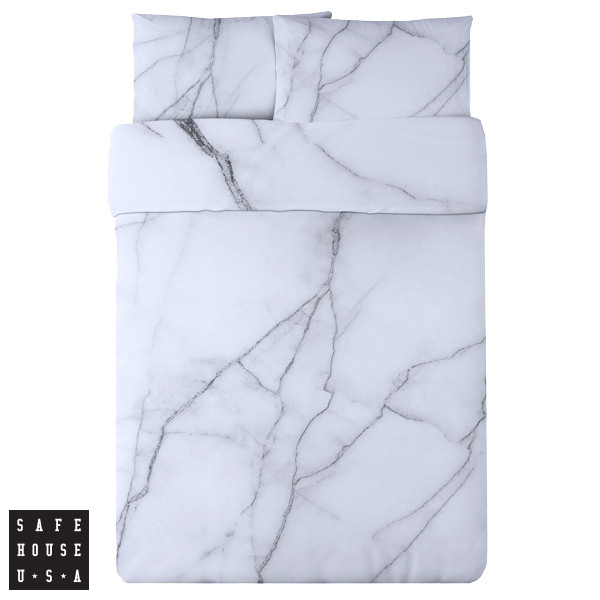 What is Safe House USA?
An interview with creative director, Keehnan Konyha

The Safe House USA website (safehouseusa.com) says it’s “streetwear for the home.” What does that mean? How is that possible, and how does the inaugural line speak to that?

I wanted to be able to create a line that had the flexibility—or ability—to quickly adapt to aesthetic change, which is where the streetwear influence comes in. Something that could both pull from and influence tastes, at a certain level, but frankly, closer to what I see and respond to on a gut level via the internet and the streets of New York. Something that was more influenced by fashion and less by interiors. That trickle down does exist now, but the process is incredibly slow. 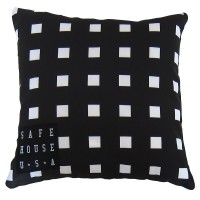 Typically bedding manufacturing minimums are huge, so the investment and the turnaround in placing these huge orders takes a significant amount of time. I wanted to be able to respond faster, by creating the ability to do limited runs.

When Supreme started out, their limited runs of shirts weren’t about creating demand, they just wanted to be sure they weren’t stuck with a warehouse full of unsold goods.

Right. When risk and timeliness clamp together, there’s often quite an electric result.

I also, selfishly, wanted to create what I wasn’t seeing. I had been looking for a simple windowpane check duvet cover for a year before I realized I really just needed to design my own. 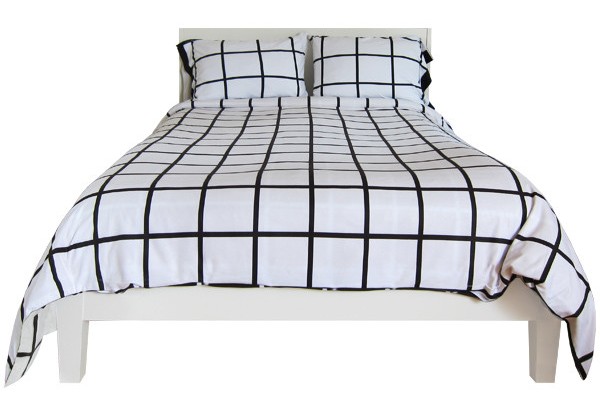 Just on that, the prints in the inaugural collection are beautiful, but they’re actually quite ubiquitous prints and materials from our own lives that have simply been elevated, softened, detailed. White and black marble, a print adapted from drug store composition notebooks, printed punctuation. I like that Safe House has taken ubiquity to the extreme, proposing to literally surround the body with these elements. 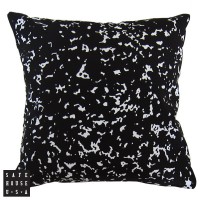 I mean, as a designer, or as a decorator, my instinct is to offer the ability, or opportunity, to be as cohesive or comprehensive with a room as possible. Should someone want the bed to match the couch to match the curtains, that’s an option. But part of the “cohesive” quality is that the prints in each collection work together and/or are able to stand alone.

There are a excerpts from literature on each of the product pages. Nathaniel Hawthorne, astrology.com’s Dream Diary. What are those?

Using existing texts to create context is something that grew out of my personal blog. Years ago I found that combining passages from disparate sources was often more effective than attempting to communicate a description or mood with my own writing. Is it “pastiche”? “Collage”? But in creating Safe House, I found that I could continue to use the format to define the mood of each print—to attempt to bring to life the feeling each was meant to evoke, while not taking things too seriously.

Safe House’s about section mentions “artist editions.” Without giving too many names away, what can we look forward to with that?

We’re starting with bedding but already have plans to branch out into other housewares: china, lighting, furniture. At the moment I’ve been primarily working with Borna Sammak, but I have a handful or artists in the pipeline and some I have my hopeful eye on. Jon Rafman’s Brand New Paint Job project would lend itself beautifully to this format. I’d also love to work with Landon Metz and Alex Da Corte. There’s also an artist and friend, Richard Giglio, who back in the 80s, worked closely with Angelo Donghia, designing prints and bedding, and I’m dying to reissue some of that body of work.

Our plan is to release new collections to coincide with the fashion week cycles, interspersed with more specific capsule collections from artists and collaborating designers.

Safe House USA. What does that name mean? The logo itself seems to be reminiscent of something, but I’m not sure what.

The name is meant to say outright: You are at home here. Honestly it was the very first element of all of this that came to me, and I never second guessed it (which is extraordinarily rare for me). It’s meant to be inviting, to imply comfort in all its forms.

The logo was an attempt at creating something iconic and confident. It grew out of the overuse of star imagery in 90s record label design, especially from the straight edge and hardcore scene. Bands like Youth of Today, Channel X, Chain of Strength, Gorilla Biscuits.

I wonder what their beds are like. Do you think they sleep on Ikea, Target, and Crate & Barrel like the rest of us?

Well there’s certainly a DIY aesthetic that ties into and stems from those scenes. Safe House is, in some respects, honoring that tradition but with contemporary aesthetic and production modes.

Enter to win a duvet set from Safe House USA

To celebrate the launch of its first collection, Safe House USA is giving away a free duvet set to one lucky winner. You can increase your chances of winning by entering multiple ways below. The winner will be chosen at random on August 31st.

Keehnan Konyha is an interior designer and writer based in Brooklyn, New York. His work has been featured in publications such as Self Service, Apartamento, House & Garden, Interview, ‘Sup, DIS Magazine, PIN-UP, Showstudio, and New York Magazine.