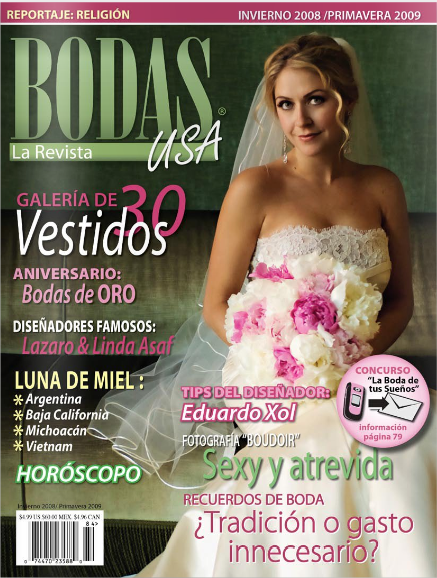 DIS is proud to premiere the music video for the Ariel Pink’s Haunted Graffiti B-side, “A Mistaken Wedding”! Directed by Ariel’s longtime collaborator Nicolas Amato, the clip features footage from Ariel’s sister’s wedding at the Casa Del Mar Hotel in Santa Monica, CA. While the track–a B-side to the Graffiti’s 7-inch hit single “Round and Round” (via 4AD)–ponders themes of regret, struggle, and a marriage gone awry, it is worth noting that Michelle Rosenberg’s wedding to Alon Schwartz (depicted) was, itself, not a mistake as of press time.

The blushing bride even made the cover of Bodas La Revista (see above)! Regardless, Ariel found the occasion suitable as an ideal backdrop against which to perform this shimmering track, and in the spirit of sibling rivalry, had no problem using the personal footage of his sister’s big day for his own performative statement.

**Sidenote: As Ariel opted for a speech at the ceremony over a musical number (no doubt due to the ever-strangulative pressures of showbiz) one might infer this as an apologetic wedding gift… but that would be quite presumptuous.