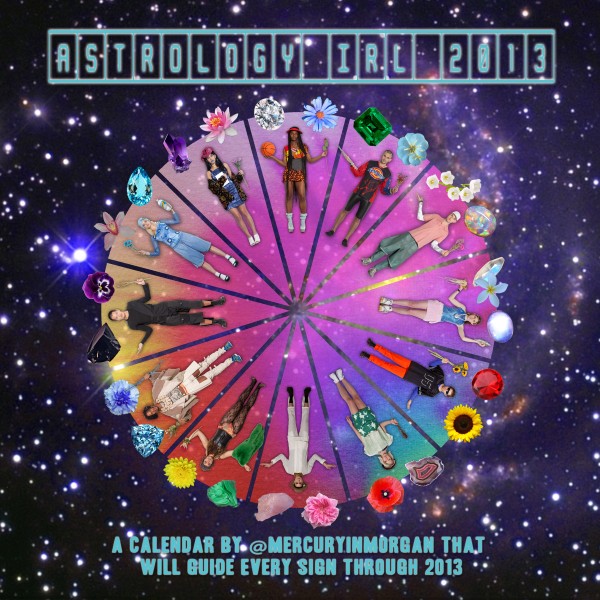 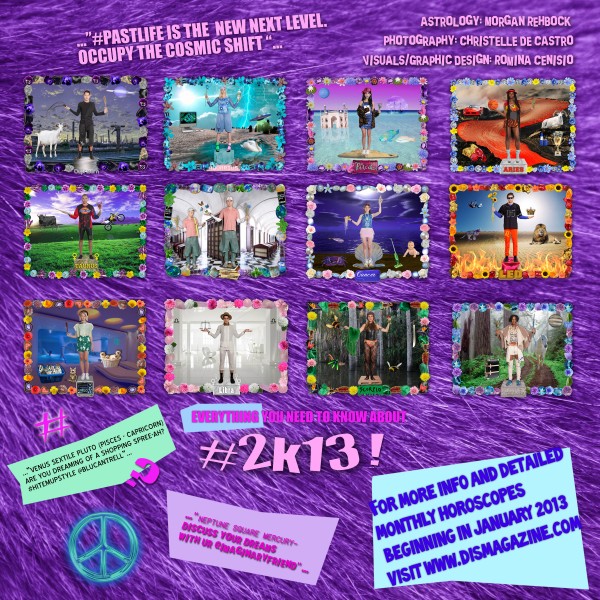 We’ve made it 99% through the year of #yolo, and 2013 shines bright like a diamond, just around the corner. What does it have in store for us?

Consciousness continues to shift. We all become more connected and a little bit more psychic as we move deeper in to the age of Aquarius. The network is expanding. In 2012, Neptune shifted into Pisces for 14 years, and reality is still downloading the upgrade. 2013 will be Instagramed through Neptune’s new rosy filter.

Saturn was in Libra for nearly three years,  and it was certainly no day at the spa. Saturn shifted into Scorpio in October of 2012 and will be there until 2015, asking us to get deeper, to turn Neptune’s dream into an improved reality. The water is still murky as we enter 2013, but our swim through the swamps of Scorpio will lead us towards clear Caribbean water by the end of the year. If you feel like you’re swimming against the tides, just jump in a cosmic kayak and keep pushing on; you’re already on the way towards a #newlife.

Uranus and Pluto are hacking the system, and they will cause two major meltdowns in 2013, on May 21 and November 1. Uranus rules rebellion, change, protest, and new ideas, while Pluto is the concentration of power, wealth, and government control. The two planets came together in the 1960’s and created huge impetus for social unrest and change in society: Think women’s rights, civil rights, and flower power. Now, Uranus and Pluto come together and form a square in the sky six times between 2012 and 2015, testing the movements that began 50 years ago. We have to #occupy the cosmic shift to manifest our destiny.

We were not born to die on 12.21.12, as hysterical hippies and the Mayan calendar claim. 2013 is going to be a year full of exciting changes and tectonic shifts. Astrology IRL can be your guide through the cosmic transformation, with information about all the planetary shifts, retrogrades, full moons, new moons, eclipses, and important aspects that will be felt by every sign of the zodiac in 2013. Stay tuned for detailed monthly horoscopes beginning in January!

Purchase your copy of Astrology IRL for only $25.99 on Etsy now! It’s a must have for every #modern #urban #multidimensional being! Hurry; supplies are limited!