With just hours before we ring in four more years of Barack O’Drama (SPOILER ALERT: he probably wins), what better time than now to look at what made us laugh and cry in the wonderful world of political badvertising in the 2012 election season.

Quick facts: The Obama campaign alone raised over $1 billion this cycle. The Romney campaign and associated Super PACs shredded over 500 million pages of tax records in just the past two weeks. And all cross the country, there have been over 6,600 unique political advertisements for various office this year. After watching all 6,600 of them, I’ve compiled a list of the best and the worst that our nation’s best ad guys (and gals!) have to offer.

Early buzz says this is a lock for the Palme d’Or in May. Barry’s team nailed it on pushing Mittens as a corporate vampire, without having to play the tried and true “scary music.” The genius was using Romney’s own boner-killling rendition of “American the Beautiful,” capitalizing on the Romney-is-awkward narrative that was just beginning to crest when this ad premiered in July. Survey says? Shade we can believe in!

Typically, Republicans cloak a racist TV spot with “dog whistle” words like “welfare” and “lazy.” But protectionism has a new bitch in Pete “Spend It Not” Hoekstra, who takes China bashing to a whole new rice paddy. “Debbie Spend-It-Now” was the Hoekstra campaign’s genius moniker for their commie librul opponent Debbie Stabenow, a woman who clearly only uses chopsticks to shovel hard-earned American McDollars into the tiny, beaded change purses of the Chinese government.

Amazingly, despite the ad not even containing the phrase “ching chong Chinamen,” the general viewing public found it to be offensive, forcing the campaign to take it down. We beg to differ. Don’t hide your racism, Republicans! Wear it proud. Subtely is over. Great Wall puns are in! 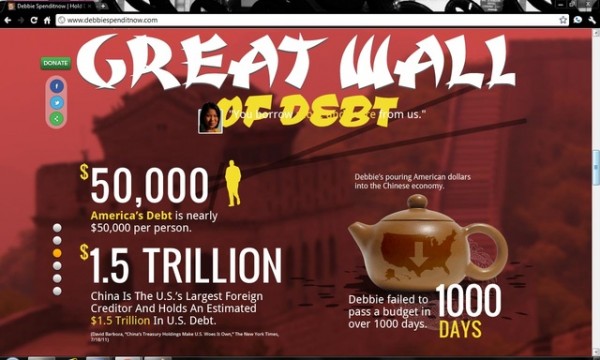 ^ To be a Senator, you must be swift as the coursing river!

If you’ve seen any of the ads from either side in the Taxachusetts Senate race, then you know that every swing voter in the Bay State either was the inspiration for The Fighter, or is directly related to an extra in The Fighter. Why else would each candidate desperately cram as many cartoonish Boston accents into each frame as possible? We whole-heartedly approve of this Wahlberg-baiting. Bonus points: Scott Brown, Warren’s Republican opponent and undoubtedly the sexiest man in the U.S. Senate right now or ever, got nude before Marky Mark ever posed in his Calvins (see image below). Advantage: the American people! 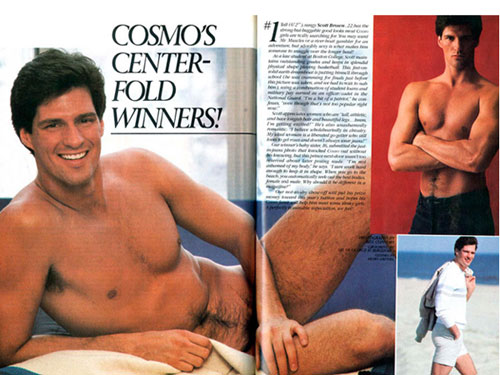 ^ If this is what the GOP means by having a “big tent” party, count me in!

The donkeys are Democrats, get it? As the GOP’s main argument goes, these 47%-ers are so used to suckling at the teat of government, they’d happily refuse a paid internship at Bain Capital’s suicide factory in Guangzhou just so they can sit around voting all day and being lazy. And the argument that “We don’t live in the United States of France” is pretty much irrefutable.

What it lacks in subtlety, this ad makes up for in clever production. A serif font for a Republican? Very feminine and unexpected. Also note the reference to “big ears,” a subtle jab at Obama’s simian protrusions. Dog whistle politics or donkey whistle patriotism? You decide!

“Show don’t tell” is a concept is lost on the makers of most cheaply produced SuperPAC ads. This spot is running in a few urban markets in Ohio as we speak, in an attempt to convince absoluetly no one to vote for Mitt Romney. The stock images of black people are a subtle nod to internet art, but the rest leaves me baffled: “Abraham Lincoln freed the slaves, therefore… vote Republican?” This argument only makes sense if it is 1864, which in fairness, many Republicans believe is the case. Reparations, anyone?

Fun fact: Super PACs have to pay a lot more to run ads than traditional campaigns, so it’s possible the makers of this ad spent the entirety of the rest of their budget on an iStockphoto membership.

We do, however, like the Errol Morris black-and-white dramatic reenactment via fair-use photo montage. I would like to see a sequel to this ad in which Barack Obama comes and knocks on Nancy Pelosi’s office door only to find she’s pulled a “Ferris Bueller,” leaving an elaborately staged crash dummy in her desk chair that can answer phone calls and even sign legislation.

Finally, we come to Allen West, by all accounts the most insane person in Congress. As you may know, Republicans LOVE 24-esque graphical flourishes, because it reminds them of their constitutional right to waterboard their wives. Still riding that wave, the Florida Congressman makes a high-budget attempt to stick it to his Democratic challenger with the old “he was getting arrested for being drunk the same night I was deploying to Iraq” line. Heard it before, Congressman!

Fun fact: Allen West was basically kicked out of the army for abusing an Iraqi prisoner, so touting his military record is a potentially awkward choice. He also once referred to himself as the “modern day Harriet Tubman,” presumably because he likes her trademark modest dress with a statement piece Elizabethan collar. My biggest problem with this isn’t the slick GPS-porn but the main argument: why would you not wanna vote for someone who got kicked out of Mynt Lounge on South Beach for being too wasted? And then he was rude to a police officer? Be still, my beating Ketel One+Red Bull.