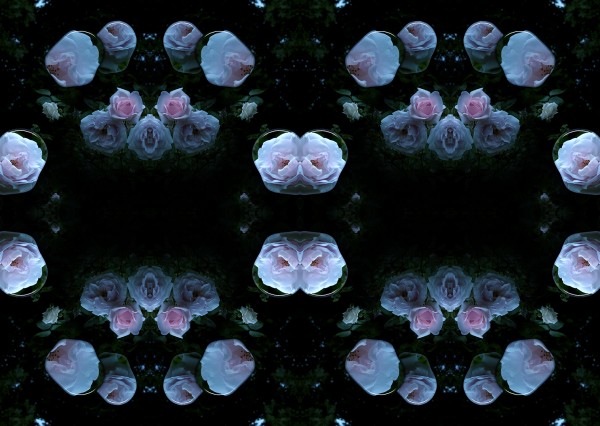 Here’s the thing about robots: they always seem to show up when you least expect them. Such is so about my recent happening across the work of artist Kathleen Graves, and such is so about the rise of the “’bot” within the scope of the artist’s digital cosmos.

Though born in Colorado in 1951, Graves has been a permanent fixture of greater New York for some time now. She was the Director of the Advanced Digital Print Studio at New York University from 2005 until 2012, when she made the choice to depart from teaching to focus on her own creative practice indefinitely. Her latest body of work—an ongoing series dubbed Bot Dialectics (2012-)—explores, modifies, and manipulates notions of garden space as informed by the evolution of nanobot technologies. The presence of the garden introduced at the hand of the artist nods to the histories of Landscape Art and plein air representation. Such illustration grants a safe and controlled version of the wild access into civilized space, an ultimate representation of the human desire to find order within the disorder of nature. In Graves’s Bot Dialectics, however, two technologies converge—that of the cultivated wilderness and that of the modified machine. 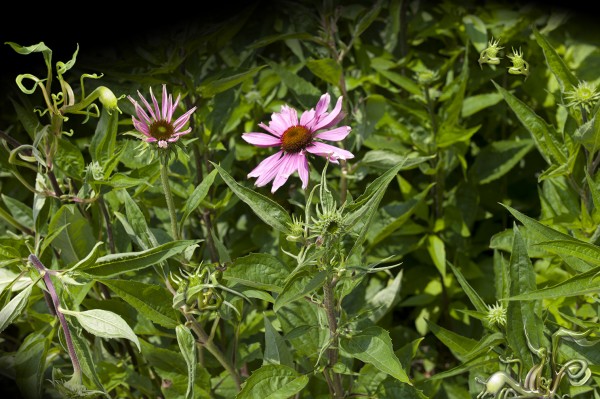 When I meet with Graves, it is a sunny day in Brooklyn and we find ourselves a seat outside of a café, under the welcoming shade of overarching branches above. Graves is a petite woman, ageless in the afternoon’s matrix with fire-engine-red hair and, appropriately enough, Schwa-shaped spectacles that would make Schwa creator Bill Barker proud. She arrives prepared: with iPad in hand, she slides through shots of her most recent creations, a speedy tour through new worlds, an Alice-in-Wonderland-like peephole into the mind of an artist and the tiny technologies that keep her captivated. With these works there is an element of subtle surprise, a whispering science fiction that calls to mind the era of Magic Eye stereograms in that they encourage the viewer to look beyond the 2D plane, a sort of second-sight that requires patience and often close inspection. Graves plays God: she unmakes the same worlds she strives to create, a regenerative cycle that mimes the entropic nature of nature itself. 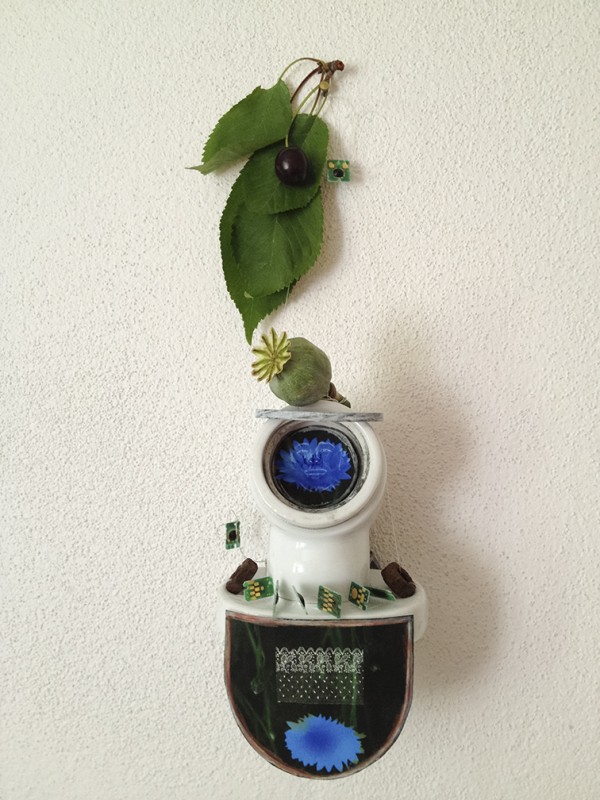 Graves’s Bot Dialectics, however, and the creatures within them—fondly beckoned in the dappling daylight by the artist as “’bots”—are somewhat frozen in the singularity of their plane and the limitations of their functionality. Unlike the Magic Eye, these studies are not meant to trick one’s eye, but rather to train one’s understanding of looking. The “Garden Bots” are meant to exist as flat but tangible objects, installed as a 2D object within a 3D arena; her more sculptural pieces, such as the “Bot Studies,” are comprised by found objects. Graves dissembles items to remove computer chips and re-routes wires to give light to miniature anatomies. The photographs pose a challenge to a viewer’s perception of reality, portals into possibility, a scientific dream-space that makes use of Photoshop and image alteration. These neonatal ’bots are youthful fissures, tears and interruptions within controlled space. The “Bot Studies” redefine materials of industry and the technology of their functionality as a means of conceiving surreal shrine-like environs, or newfangled gizmos. 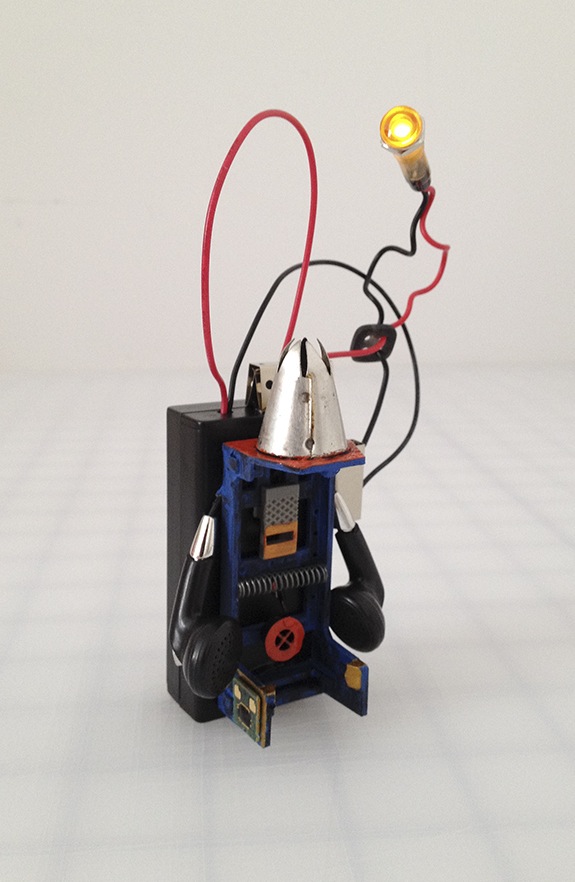 The etymology of the word “robot” as we know it was coined by brothers Karel and Joseph Čapek in 1920, first appearing in Karel Čapek’s play R.U.R. (Rossum Universal Robots). The word robota is Czech in its origin, derivative of the Proto-Slavic orbota, meaning “hard work” or “slavery.” Robot within contemporary vernacular and zeitgeist has been oft approached as an element of popular fiction—both utopic and distopic alike—a symbol of the perfecting of flaw within human-made structural composition, as well as the harbinger of the looming potential collapse of civilization altogether. Yet it cannot be ignored that in the modernity of today the presence of robotics—and the hard work they do for us—is impacting the direction of science, medicine, surveillance, weaponry, and everything in-between. Once reserved for Čapek’s stage and otherized as an opposing force to human existence, robotics and the nanotechnologies therein have exited the theater, finding their place in the natural world around us. Technology is part of native landscape; in Graves’s work, the presence of her ’bots illustrate this convergence of tech and organic matter. Graves is an artist striving to document what cannot be fully seen, but is imbued with the mythology of invention, materializing the mystery of nano with the deific brush and blur of artificial intelligence, as governed by her mortal hand. 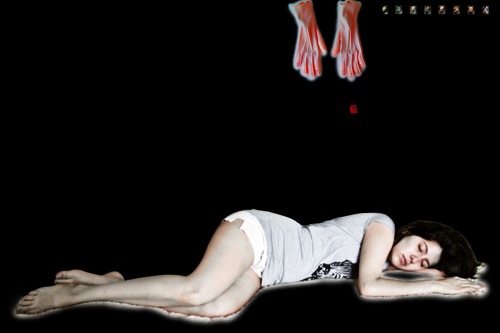 But the world occupied by Graves’s ’bots, though brave, is fairly new, the imprints left behind in their wake still wet. Graves will continue with this series throughout the coming months, looking for new ways to inform her interest in the ecologies of robotics via the vehicle of photography, sculpture, and installation. Her series Longing For Certain Things (2009) gestures toward the genesis of varied strains of the artist’s scientific and philosophical musings, a curiosity that shape-shifts and bobs to the surface with a new identity in her Bot Dialectics.

The work within Longing For Certain Things exists at the apex of contemporary image-making and the existential ritualism of Medieval-inspired constructions of gender and body politic. If ’bots break the frame within her more recent work, the anatomy of woman and the physicality of spiritualism is what peers back at us through the divide between the realms of wild and civil space in Graves’s Longing For Certain Things. Graves cites the history of pantheism as a key influence in her Longing—everything is everything, every body is everybody. The figures here exist in space, devoid of site or specified location, sans background, entirely untethered. In Bot Dialectics, the background subsumes the plane. Both spaces are sites of imagination—bodies without a universe in Graves’s Longing, a universe devoid of the human body in her Dialectics—presenting a space that exists as both dream and nightmare, permeating the divide between artificial and real. Backgrounds without figures, figures without backgrounds beg the question: if a figure exists without a space to place it, can it ever really materialize? Can a space exist if there is no ’bot, no figure, no being to enter it? And further—does the making of a world require both? 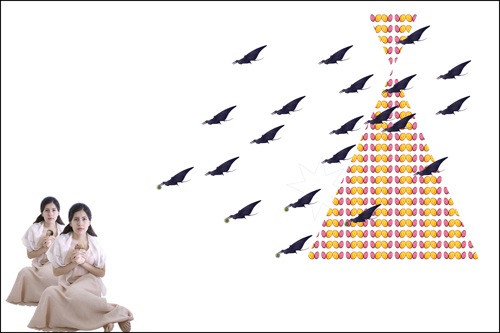 Considering Graves’s practice via the lens of ritualized geometries, as spawned by explorations of varying modes of intelligence—found in the work of artist Emma Kunz2, or the opus of computer scientist Alan Turing3—in tandem with the transcendentalism of Emerson, or Lawrence Buell’s Environmental Imagination (1996), signifies new directions for ecocritique, environmentalism, and the spiritualism of natural space. Graves’s creative pilgrimage is toward a wild that cannot exist without digital technology. In his “Nature,” Emerson notes: “All science has one aim, namely, to find a theory of nature.” Graves’s Dialectics, spurred forth by Longing, reach out into the world, grasping at the same.You can read more about them here : http://ecampervanhire.com.au 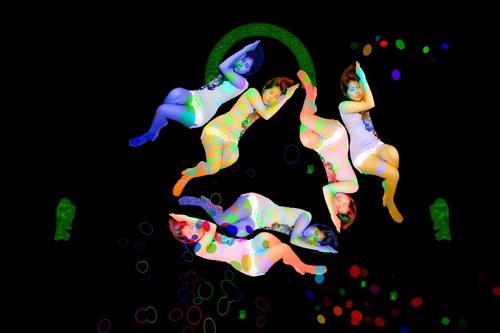 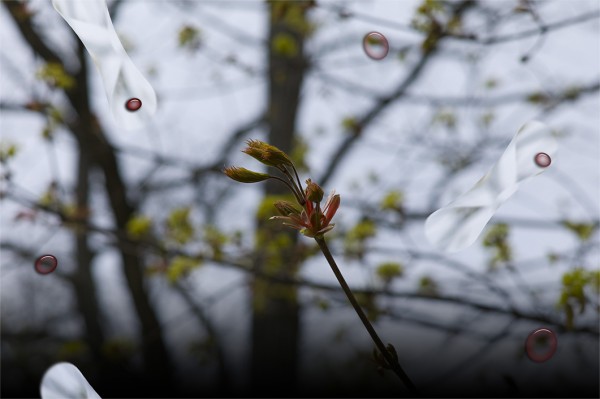 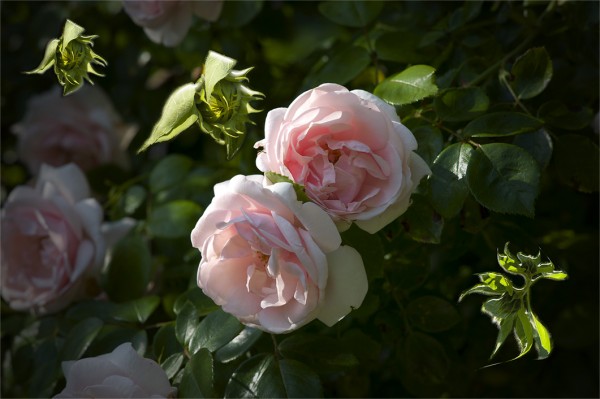 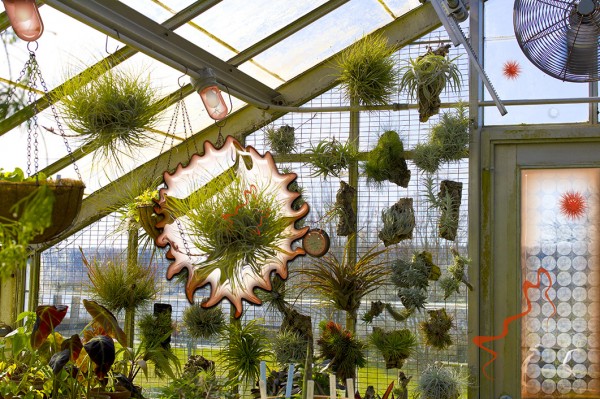 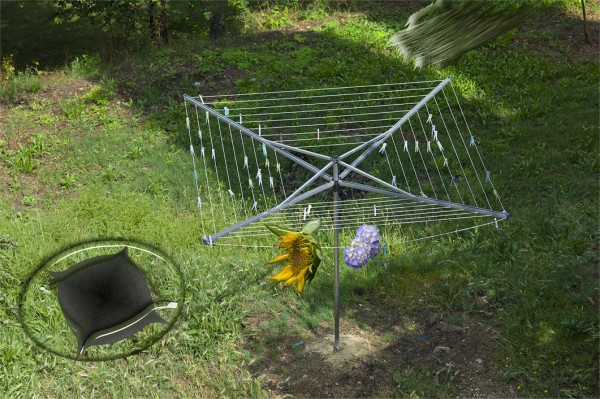