Can you feel the vibes? Mystics, astrologers, fortune tellers, and gurus world wide let out a collective OM when Neptune, the planet of psychic receptivity, spirituality, and higher visions completed its much anticipated shift in to Pisces on February 3rd of this year. Neptune returning to Pisces is like a reconnection with the mothership, since Neptune is the planet of Pisces rulership. It stimulates a rejuvenation of the collective subconscious and rekindles imagination on a universal level. Basically, we are entering a higher plane of existence. In any other sign of the zodiac, our experience of Neptune’s influence is subtle and subconscious. On February 3rd, Neptune went HD. Neptune in Pisces breaks down psychic barriers in the universe and creates cosmic connections you never could have imagined.

Neptune, the planet of our dreams and inspiration, is associated with psyschic receptivity, spirituality, and higher visions, as well as the illusion and confusion that can be associated with such wishy-washy new age notions. It shifts between the signs on a generational basis, about every 14 years, and exerts powerful subconscious control over the dreams and visions of the age to come. Since 1998 we have been living the digital dream with Neptune in Aquarius. The sign of Aquarius rules groups and the way we inter-connect. It also rules technology; that’s why we have all participated in the collective upload of our socialization to the digital domain while Neptune has been in Aquarius. Neptune shifts tend to be marked by significant events IRL, just like the dot-com boom in 1998. 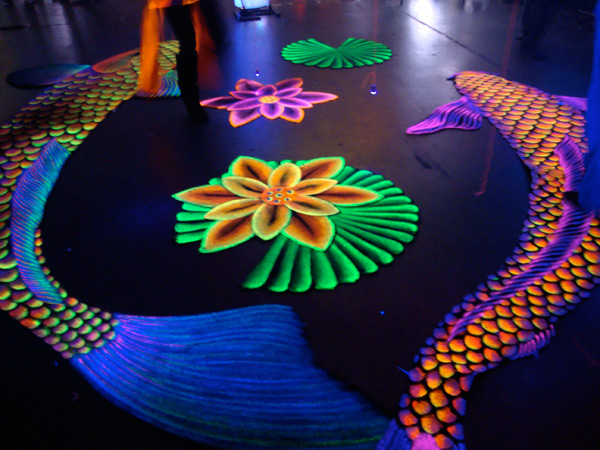 The last time Neptune was in Pisces between 1842 to 1867, the Spiritualist movement was exploding in America. Mary Todd Lincoln was conducting séances in the White House, and the US congress seriously considered giving “scientific funding” for Illinois senator/mystic James Shields’s proposal to investigate “establishing a spiritual telegraph between the material and spiritual world.” If there was ever a time to revisit Shields’s vision of a technological portal, it would be now. Twitter luminary Jayne Wallace (@tweance) came close to creating  a 21st century spiritual telegraph when she attempted a tweet séance (AKA “tweance”) with Michael Jackson after his death. Wallace’s tweets went unanswered in 2009, but she shouldn’t relinquish hope. In 2012, the dead might finally be ready to tweet.

Should we expect a psychic app to come out for the iPhone in the next 14 years? Astrologers world-wide anticipate a full range of psychic technology thanks to the technological boost of Neptune in Aquarius combined with the psychic boost of Neptune in Pisces. The least we can hope for is that an algorithm with improved intuition will be developed for predictive text.

Neptune is sort of like the trend forecaster of the solar system. You can foresee trends in music, art, and literature based on its transit through the zodiac. To begin explaining what Neptune in Pisces will mean for our generation, it is best to interpret the cosmic qualities of famous Pisces pop star Rihanna. She possesses the truly Piscean ability to connect unexpected elements in ways that end up making perfect sense, like her supernatural Vita Coco product placement in the “Man Down” music video or the visionary inclusion of Avril Lavigne in “Cheers” that broke down serious psychic barriers between musical genres. Many people may not be aware of Rihanna’s tattoo that reads “Never a failure, always a lesson,” backwards so she can read it herself in the mirror. Pisces are the Pig-Latin visionaries of the zodiac, but with Neptune in Pisces, the universe will finally connect with their message of spiritual you-da-oneness. Pisces are also the true romantics of the zodiac; they love to be in love. The downside of this quality is that they tend to idealize their partner, sometimes to the point of delusion. They also have an unusual tolerance for emotional and physical pain (Pisces are secretly the dominatrix of the zodiac, after all; chains and whips excite them!). During the Neptune-in-Pisces generation, Rihanna’s relationship with Chris Brown should serve as a warning for our collective love lives: avoid delusional love affairs, abusive spouses, and co-dependent relationships. 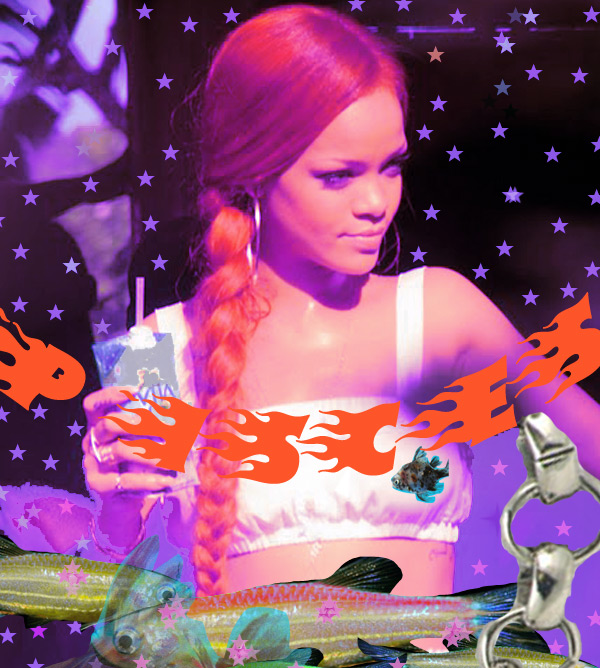 Neptune provides the lens through which we see the colors of our generation, and in terms of color theory, Rihanna’s “Man Down” is the perfect Piscean vision. Pisces are associated with the colors of island life, aquamarine, seafoam, coral, and shimmering sand. We can expect to see more of these colors in all fields of art and design over the next few years. Because of Neptune-in-Pisces increased awareness of psychic energy, all fields of design will begin to adapt to a more “holistic” and emotional approach. Hopefully Martha Stewart (a Leo) will finally launch a line of homewares for each sign of the zodiac. 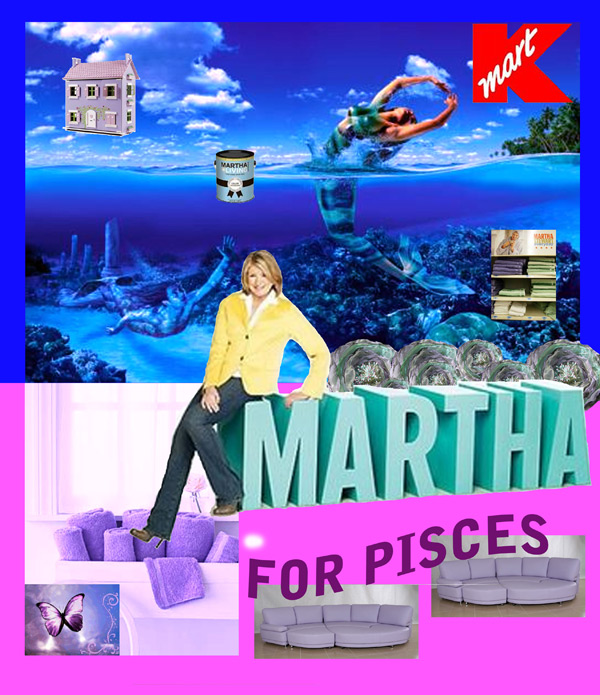 In terms of hair, beauty, and makeup, we can expect a return to the seductive simplicity of the Old Hollywood ingénue. Pisces Drew Barrymore is the perfect example of the dreamy, romantic charm of Pisces beauty. There’s something light and soft—the unmistakable glow of a beautiful Pisces, almost as if you were looking at them through rose-tinted lenses.

Pisces rules poetry, romantic literature, and all things related to fantasy. We can expect poetry to have a major moment over the next 14 years, and if Danielle Steele is planning to write a new novel, now would be the perfect time for her to capitalize on the romantic and dreamy nature of Neptune in Pisces.

This is the first installment of Morgan Rehbock’s new astrology column for DIS. Stay tuned for Stylescopes, Hairstrology, and so much more!