Is #OccupyWallStreet the new Tea Party?

That’s actually retarded because as the lamestream media has continued to say all week, the “homeless” protestors don’t have a “cohesive vision” or a “set list of demands,” whereas the Teabaggers are united around two simple, powerful goals: getting government off their backs and getting Stalinist exercise queen Michelle Obama out of their Quiznos.

The problem with this comparison—and with the incessant demand for demands—is that FiDi’s red scare isn’t about demands at all.

But those points are ancillary; the red meat is right there in the name: Occupy Wall Street.  And that’s exactly what’s happening.

Back in my day, protests had leaders, blah blah blah.  That’s not how the world works anymore.  We have Twitter now.  The circus is here.  Bongos are banging on the doors of the elite.

Here’s a sampling of the proletariat’s nebulous “demands” (culled from the scene!): 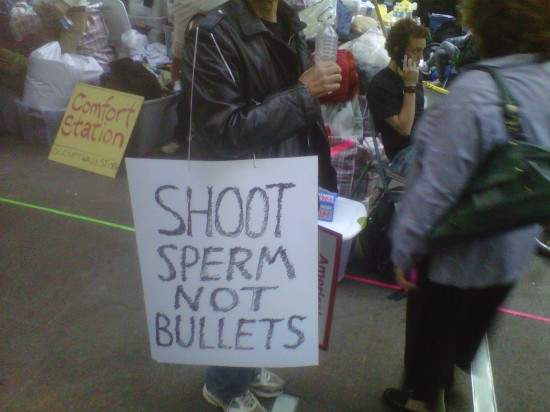 Works better on the terrorists. 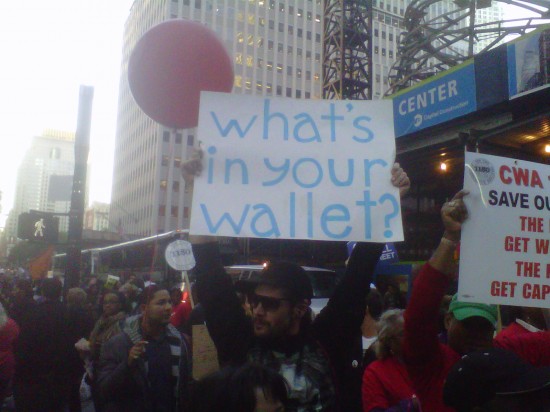 A Blockbuster card actually, a.k.a. another tool to enslave the Third World in debt. 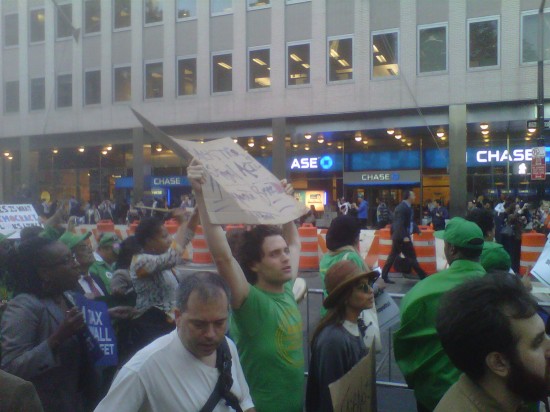 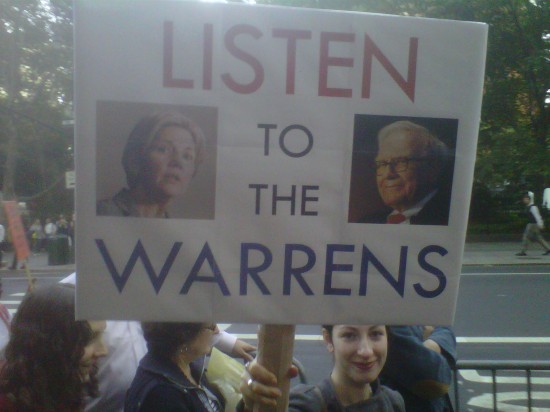 Warren Buffet gave his thumbs up to the millionaires tax.  Elizabeth Warren is a woman (uh oh) with an even more radical idea: rich people should pay taxes because they wouldn’t have gotten rich without shit like roads that we all pay for. 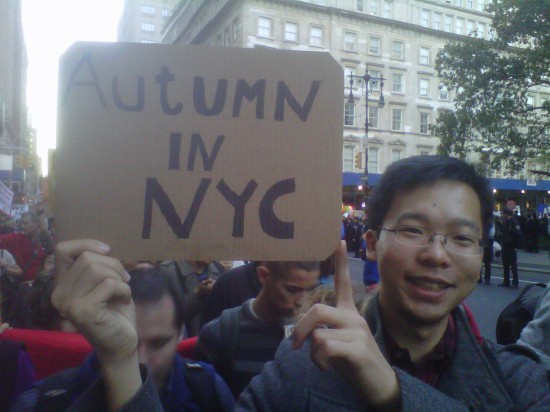 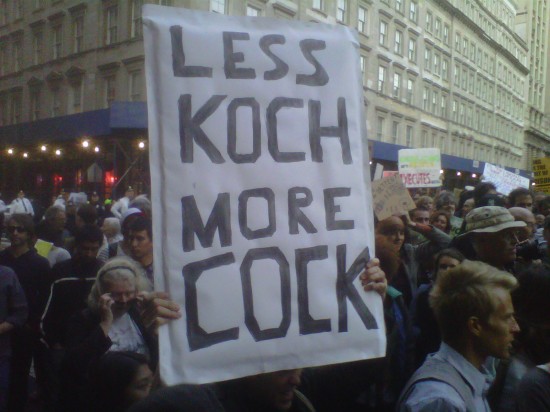 Shady billionaires should NOT be knocking the dicks out of our mouths. 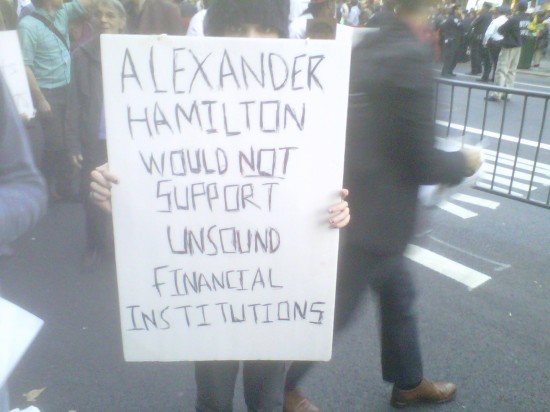 WELL OBVIOUSLY NOT, because Alexander Hamilton was a faggot who couldn’t even win a duel. 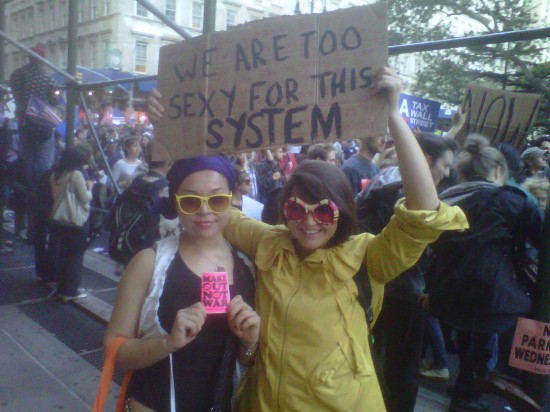 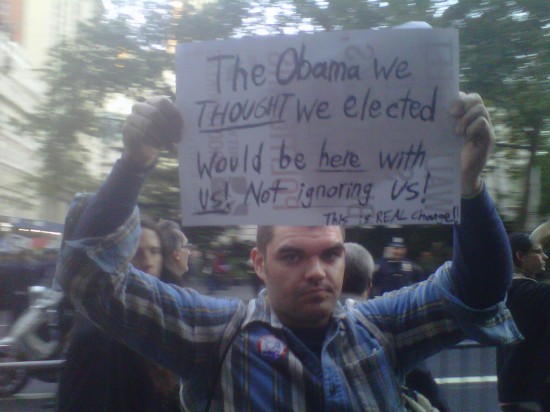 As seen above, the “Everything you own in a box to the left!” attitude towards NoBama was the sole common thread between this and Tea Party obese-person motorized scooter gatherings.

Case in point: pizza magnate and GOP presidential candidate (each of these things qualifies you for the other) Herman Cain had this gem to offer:

“Don’t blame Wall Street, don’t blame the big banks, if you don’t have a job and you’re not rich, blame yourself.”

What the Tea Party clown fails to realize is that it actually is Wall Street’s fault that you’re poor and don’t have a job.  It was the Gordon Gekko’s who precipitated this financial crisis one bad mortgage at a time.

To be fair, the entire financial industry isn’t all on Wall Street these days. Bank of America’s HQ is in Charlotte, North Carolina, and JPMorgan Chase does the bulk of its orphan raping in midtown.

And to be more fair, the progressive flavor of #OccupyWallStreet lies somewhere between the famous WTO protests of 1999 and an Urban Outfitters Che t-shirt.

But the geo-targeted #OccupyWallStreet still harnesses an legitimate anger from those on the Left who are extremely frustrated with the political system, who are upset about rampant inequality and feel they don’t have a voice anymore.

And that’s all it needs to do.

Make no mistake—the White House will continue to play little sub bitch to Wall Street’s bossy dom.  Financial spectators will continue to take advantage of hotel maids and the global economy.  Third world debt will not be forgiven.

But neither will the tiny group of elites who perpetuate our kooky krazy kleptocracy carnival of an economy, especially the dicks at you-didn’t-need-that-money-for-the-dollar-menu-anyway Bank of America who will now charge you to use your own debit card.