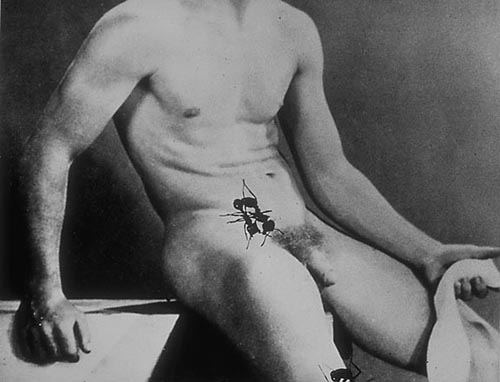 David Wojnarowicz is one of the indispensable American artists of the end of the 20th century. Through his paintings, sculptures, photographs, videos, writings, performances and music, Wojnarowicz opened up art’s expressive capability at an moment in history when it was viewed by too many as a sophisticated game of style and technique. In Wojnarowicz’s hands, by contrast, art was never less than a matter of life and death.

Born to working-class Catholic, Polish-American roots, Wojnarowicz had very little by way of formal art training in art, but was instead mentored by individuals along the way. As a young man, he was sexually and physically abused, and throughout his short life suffered deeply because he never concealed his sexual identity. As a result, the recurring problem of homophobia, both societal and individual, became one of the main motifs of his work. During the last years of his life – he died in 1992 of complications from AIDS at the age of 38 –, his one-man battle against fear and hatred of gay people burned with an intensity that is rarely witnessed in the contemporary art community.

In 1999, I was the curator of one of only two retrospectives of David Wojnarowicz’s art in this country, at the New Museum of Contemporary Art in NYC. While the exhibition was well attended and positively reviewed at the time, I can honestly say that it is also one of the few exhibitions that have grown larger in the collective memory of the international art community. Wherever I travel in the world, no matter the purpose of my visit, I invariably encounter students, artists and curators who want to ask me about Wojnarowicz and his art. Not infrequently, it turns out they have never seen his work in person, but only in publications like the New Museum catalog or David’s own books of prose and poetry. Still, his art has touched them at the deepest level imaginable, bringing me to understand that, unlike most of his peers, the art of David Wojnarowicz continues to grow in importance.

The censorship of David Wojnarowicz’s work from the National Portrait Gallery is an act of unspeakable aggression against artists, writers, intellectuals, people affected by AIDS, and especially the entire LGBTQ community in this country and throughout the world. Right-wing politicians and religious leaders, sensing weakness on the part of our nation’s cultural community, have described Wojnarowicz’s video in deeply hypocritical terms, even going so far as to describe it as ‘hate speech.’ This Orwellian use of language to defame an artist who himself was the victim of hatred against gay people shows that the stakes in this battle are much higher than might be imagined.

The extreme right’s attack on this most vital of American artists must not be allowed to stand, if only because it is transparently clear they have no intention of stopping with Wojnarowicz. If we sit by and let this censorship occur without protest, the forces of censorship and homophobia will grow bolder and more aggressive in their attacks on artistic freedom in this country. Perhaps they believe that, because he was gay and died of AIDS, Wojnarowicz is vulnerable. It is up to us to prove that, on the contrary, when they picked on David, they drastically underestimated his importance to those of us in this country, and in the rest of the world, who don’t condemn what our most important artists have produced — we honor it by proudly showing it in our museums.