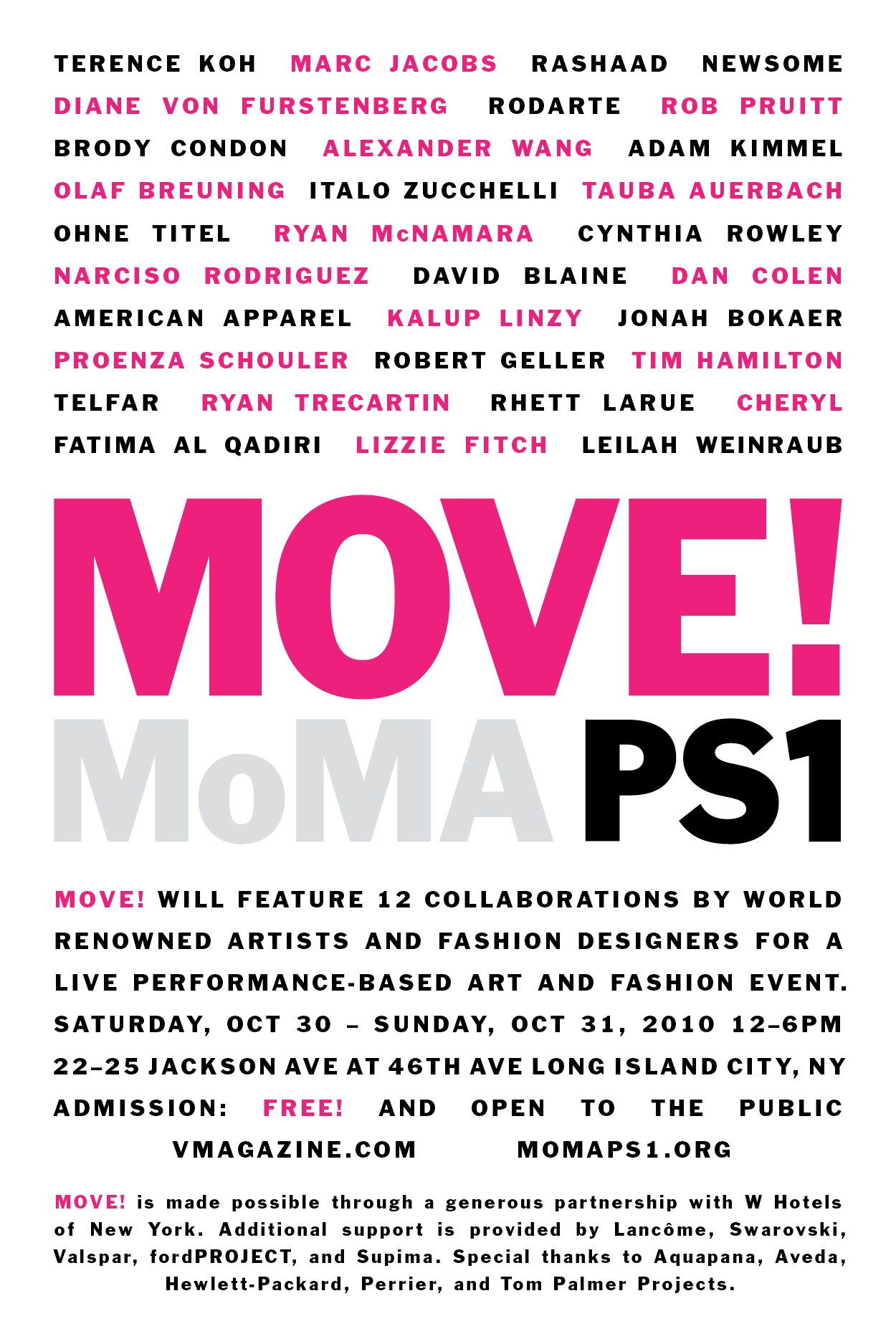 Please join TELFAR this Saturday and Sunday (OCT. 30th and the 31st) as he invites you to view the digital world that is FORmale. As a part of the MOVE! performance series at MoMA PS1 TELFAR has collaborated with Lizzie Fitch, Rhett LaRue, Fatima Al Qadiri,Ryan Trecartin and Leilah Weinraub to bring you an enhanced vision of the modern man’s world. Projections will serve as the backdrop for an aggressive FORmale Nintendo Wii Tournament, featuring two teams dressed in TELFAR underwear and socks, performing movements and actions that relate to their environment.

For a sneak preview of what to expect, check out the CORPCORE video by Ryan Trecartin and Rhett LaRue, with music by Fatima Al Qadiri that was produced in collaboration with TELFAR’s FORmale presentation.

PS1’s MOVE! will be open to the public from noon until 6PM.