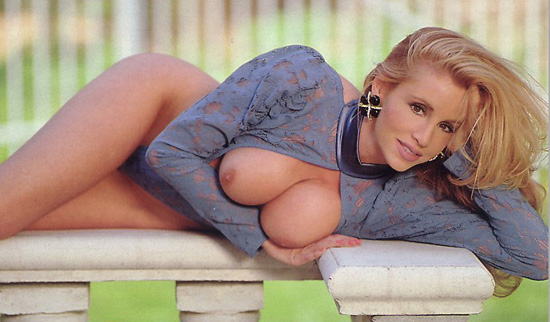 Before Camille Grammer married Kelsey Grammer she was Camille Donatacci. A Jersey Girl from Jersey City who danced her way into Club MTV and was an 80s Video Girl. Her time on the Music Channel lasted from 1988-1992. By the early to the mid-90s, she had done some modeling work for Playboy, appearing a total of 13 times including special editions: “Playboy’s Book of Lingerie Vol. 34”, “Playboy’s Nudes”, “Playboy’s Great Playmate Search”, and “Playboy’s College Girls”. She also starred in softcore pornographic movies such as “The Naked Detective”, “Private Parts” and “Deconstructing Harry”. Her ascent into the spotlight on Bravo’s “The Real Housewives of Beverly Hills” has spiked a renewed interest in her modeling and entertainment background.
END_OF_DOCUMENT_TOKEN_TO_BE_REPLACED