I had an epiphany recently in Dubai after serendipitously wandering into the wrong club. This was The Garage, an “African” club, which friends assumed was an Ethiopian venue.

Turns out it was an “Ivory Coast Night” at the club. I had previously only heard Ivory Coast pop, never club music. Yet the distinct beat was instantly recognizable. It was one of the most memorable nights of my life, musically-speaking, mainly because it’s very unlikely that I would ever hear this playlist outside of Youtube –let alone in a club where myself and company of five were the only non-Ivorians. There were Cadillacs on the dance floor and multiple LED screens playing Ivorian videos, I was in heaven! DJ Arafat (also known as Commandant Baracuda) and his track, “Kpankaka,” is a fitting example of the frenetic rhythym of the country’s dance genre, Coupé-Décalé. Coupé-Décalé, according to Wikipedia, “is a type of popular dance music originating from Côte d’Ivoire and the Ivorian diaspora in Paris, France. Drawing heavily from Zouglou, Zouk, Coupé-Décalé is a very percussive style featuring African samples, deep bass, and repetitive, minimalist arrangements.” Sounds about right. DJ Arafat is one of Ivory Coast’s famed Coupé-Décalé acts, I had heard of him prior to entering The Garage. His hair style(s) featuring peroxide blonde elements are also legendary. In the video, we see DJ Arafat & friends enveloped in HD clouds donning mainstream male urban gear: caps, bombers, denim jackets, beanies, an Iron Maiden tee, big chunky necklaces, doing what I’ll call a “breaking the ground” dance, faithfully illustrated in shattering earth visuals. The music is hypnotic in an unrelenting and aggressive manner and is, in other words, unforgettable.

Wait though, can I just say that “DJ Arafat” is a crazy name choice! Now we just have to wait for DJ Netanyahu (or DJ Peres) to appear and balance things out in Abidjan, obviously.

Belly dancing in the West reminds me of Western choreographers, shmaltzy ’50s records and “Orient” enthusiasts. Occasionally some random Arab Diaspora nightclub-cum-cafe will have an event with a belly dancer in an attempt to generate a quick buck, appeasing said enthusiasts. Lately, it’s something that’s most visible in gyms, a belly dance workout to combat the boredom of everyday cardio. But in the Ukraine and Russia, there are trophy competitions in which pros compete, dancing… [read more »] 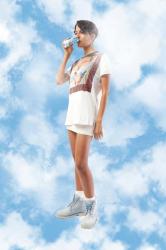 Nigeria, 2011 Danny Young’s video for his song, “Pop Champagne” contains some of the best, unintentional art direction I’ve seen in a while. The video starts with images of rolling postcard cityscapes (New York, etc) cutting to Danny in the lobby of what looks like the kind of over-lit, 4 star chain hotel that terrorizes the world with its insipid aesthetic of fake palmtrees and high ceilings. In the midst of this are stock videos… [read more »]

Since Gaddafi’s infamous “Zenga Zenga” speech, a new trend has manifested across the Arab world. Remixing dictatorial speeches into satirical techno tracks and uploading them to Youtube. In this clip, we see Bashar Al Assad, Syria’s ruthless former dentist at the helm, stating “Ilal ammam! Naseer ilal ammam” (Go forth! We shall go forth!) Mashed with select clips of Gaddafi and Bashar chanting, “revolution” and against, “terrorists, traitors, villains, cads” and the like. A lot… [read more »] 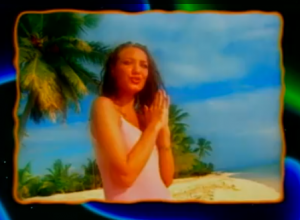 Ukraine, 2011? This video is an undated remix of Ukranian pop star, Evgenia Vlasova’s aptly-named, “Wind of Hope” track from 2002. A pastiche of the original video and some amazing Windows andersen 400 series kaleidoscopic beach templates (don’t quote me, I’m no screensaver connoisseur), the imagery is meant to elicit the most appropriate kind of “hope” — the default kitsch variety. The unmistakable thread lining a lot of Ukrainian pop music is that many artists… [read more »] 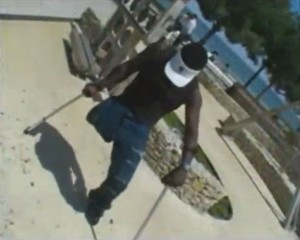 Angola, 2008 Ok, this is a kuduro video. There are a shitload of blog entries and articles about this genre hailing from Angola and the Angolan diaspora. Read up. I’m only discussing the video here, which is “Mama Kudi” by DJ Nays and Costuleta. The video begins with a BMW SUV pulling up on a dirt road, then all hell breaks loose. We see the requisite dancing girls, but more importantly, Costuleta—the one-legged co-producer of… [read more »] 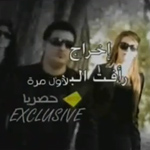 Iraq, 2011 I really wish I could just permanently blog about Iraqi music, it’s always on point. In this video, Hassan Hadi sings Aroosa, meaning “Bride.” The bride in question is at her dead husband’s grave, looking a little Matrix with her entourage. Hassan is coyly asking for a kiss with the permission of her dead man. Back up: Iraqis are an extremely melancholic people, and no amount of death references can faze them. They… [read more »]

Dominican Republic, 2010 Omega “El Fuerte” is a singer with a musical double life. He has a repertoire of grandpa-style mambo, but also makes a kind of “narco merengue” or Merengue Electronico (the latter is also the name of a song of his), as exemplified in this video. The song is Tu Si Quieres (You Want It), and I’m sure he’s singing some gangsta lyrics cause the video is about someone, mainly him, getting shot… [read more »]

Jamaica, 2009 Listening to Jamaican female MCs nowadays is like being pounded with a steel handbag. The violence of their vocals is real, and like most Jamaicans, they don’t give a fuck. This video is a dream duet between two such MCs, Spice and Pamputtae called Slim vs. Fluffy. And although the song is surprsingly about weight, slim vs. fat (fluffy)–a subject denigrating to women, this video inadvertently chills the heated issue with a pride-heavy… [read more »] 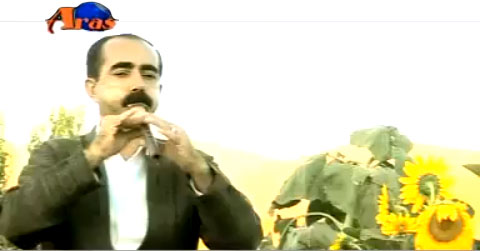 Kurdistan, 2011 A Serb coined the term “Turbo Folk” in the late ’80s to describe a revved-up folk music via pop and dance engine fuel. And although Turbo Folk is inherently Serbian, I believe the term can be used to describe many a globally updated folk genre. Keeping this in mind, we approach the video for the song “Gal Gal Nazdaran” by Mehdi Alizadeh with a fast and furious zeal. The song is an example… [read more »]