It was at a Thanksgiving dinner in upstate New York in 2011 that the Shanzhai team – consisting of stylist Avena Gallagher, art director Babak Radboy and artist Cyril Duval – met for the first time and conceived the idea for Shanzhai Biennial, a project described in the past as an “art project posing as a multination fashion brand posing as a biennial.” Ideas developed through research-trips to the real Chinatown of Flushing, Queens. “There was something about the objects we saw that was really exciting for us before we even knew what they were” they tell me as I meet them three years and as many biennales later, in an Airbnb apartment in north London, just minutes away from the British epicenter of mass-produced fake luxury goods of Camden Market: “The products we were finding seemed inexplicable — until we first encountered the term ‘shanzhai’. We tacked ‘biennial’ onto it on the bus back from Flushing.”

Shanzhai is the Chinese umbrella-term for the phenomenon of the production of morphed copies and counterfeit goods, distorting and subverting a supposed Western authority of luxury commodities. “The basic idea is that there’s a transparency to the copying, a self-consciousness that it is fake and an intentionality to the mistakes in its design… You are referencing the authority and price-point of the original — but at the same time communicating you have the fake and you know it.” Radboy explains.

While shanzhai as a phenomenon originates in China (meaning “mountain house,” referring to low-quality factories in rural Chinese provinces), it is not a located phenomenon; rather, it is symptomatic of a global exchange system of mass-consumption and intellectual property. “It’s just so triumphant to see all the things we value in the West, everything luxurious, interpreted freely and exuberantly in China,” Avena points out, “and those things seem more valuable to us than say, the actual Nike sneaker.”

Premiering at Beijing design week, and evolving to distribute fashion spreads in major Chinese newspapers, producing a lip-synced Mandarin version of Sinead O’Conner’s ‘Nothing Compares 2 You’ with performer

Wu Ting Ting at Moma PS1, as well as doing artwork for Fatima Al-Qadiri’s album Asiatisch and selling appropriated Chinese garments on DISown, the NYC-based group have taken ‘shanzai-ing’ as a performative act into new territories – stating they added the ‘Biennial’ affix because “it sounds very expensive” and thereby incorporating shanzhai’ed mis-information into their own corporate branding. In fact, the project is about press and brand-building more than anything; constantly in flux and responsive to the current climate and context, unattached to any ‘original,’ just like the shanzhai product itself. “We’re performing brand existence without the practical objects,” they explain; “the identity of Shanzhai Biennial changes constantly – the original we’re drawing from, I guess, would be the original Chinese Shanzhai, exactly because it has no original. It moves so quickly – it doesn’t try to hold itself to any standards of consistency and coherency – Shanzhai clothing lines literally change their name from one garment to the next in a single collection. They understand these things are just formalities – it’s the same for us.”

Shanzhai Biennial operates in the glitches and side-streets of globalism, where images of East and West transform constantly through mis/re-appropriation, in the mutations of cultural memory, in the hysteria of the international art event, and in the doldrums of global capitalism. The project embodies the tensions between consumers and producers, art and commerce, popular culture and its critical commentator, which obviously have gained the trio extraordinary popularity in both fashion and art circles, perceived as self-reflective meta-narrative. “Between art and fashion we’re kind of taking advantage of what each one of them doesn’t know about the other one, and then what both of them don’t know about China,” says Radboy, while emphasizing that although SB problematizes institutional critique in its performative gestures, they are in no way critically-distanced cultural commentators, elevated from the criticized phenomenon: “It’s important to communicate that we’re not a brand about Shanzhai – we are actual shanzhai; we’re not commenting on something, we belong to the phenomenon.” He continues: “The project is authentically commercial. We totally implicate ourselves in the real economies we work in. If there is a critique produced it is physically embedded in our products — the same way it is in shanzhai products; the objects contain a critique, but the producers are only interested in profit.” Exploring the dynamics of marketing, SB challenges not only mainstream consumer culture, but the art market and its performed heroism as a cultural sector. Completely immersed in point-of-views without attempting to agree to any of them, SB is political through it’s depoliticization; it’s embodied politics as self-critical consumerism and meta art/fashion-entertainment

Quite naturally, Shanzhai Biennial #3 has led them to the brightly lit vinyl-tents of Frieze London, the annual art fair in Regent’s Park that gathers the many players that constitute the International Art Market. Working with the west-London gallery Project Native Informant, the group have taken the iconography of the international art fair and performed a kind of consultancy job for Frieze the brand, establishing twin retail-installations at the gallery as well as at the very entrance of the fair. Besides functioning as your not-so-ordinary fair boutique (limited edition Frieze tote bags in quilted calfskin with gold chain available at the price of £5,000), SB have teamed up with the high-end real estate agent Aston Chase to sell the £32 million estate 100 Hamilton Terrace. As I ask what led them from logo-mashups and viral image production to entering the British real estate market, Babak answers: “The fair itself operates exactly like real estate; you’ve taken galleries from all over the world and you’ve shrunk them down into this microcosm; recreating a relationship between culture and private property, over and over again, booth to booth”, “Also, it’s happening in London, which is like the most speculated-upon piece of land in the world,” Cyril adds.

Besides typically neutral (but rather sexy) interior images, the sale is promoted through a photoshoot and video taking a place in the estate; glossy, luxurious and conservative in expression, the images completely different from their previous work. “The images are not ‘cool’,” they explain, “they’re appropriate, and that’s what we’ve been going for the whole time. When the estate agency saw the pictures, they loved them so much, and for us, that was the most rewarding response.”

The photos are referencing a set of 141 Chinese stone sculptures of the Sichuan region entitled The Rent Collection Courtyard; depicting class struggle and the agony of paying rent, it functions as a bitter ironic comment on the very market they seek to engage with. However, when reenacted in a Western fashion context without reference-point, political tension seems to be replaced by an uncanny bourgeois ease; a cynicism as well as a celebration of the universality of fashion poses. Shamelessly colliding culture and commerce, the resulting images fit well with Frieze itself, an art publication-cum-art fair; “Frieze [the magazine] is a space for critique, in which you sell pages for advertising, that is to say that advertising wants to pay to be next to critique. Within the real-estate of the fair they gave us the very first booth by the entrance; we’re like that first page of advertisement in the fashion magazine. We’re the Gucci double-spread when you open Frieze,” Cyril concludes.

正當老農夫的兒子上前和房東老劉對執 他立馬被國民黨的軍人和密秘組織的走狗給攔結著。
The old peasant’s son is held back by a Kuomingtang soldier and a secret society henchman as he rushes up to argue with landlord Liu. 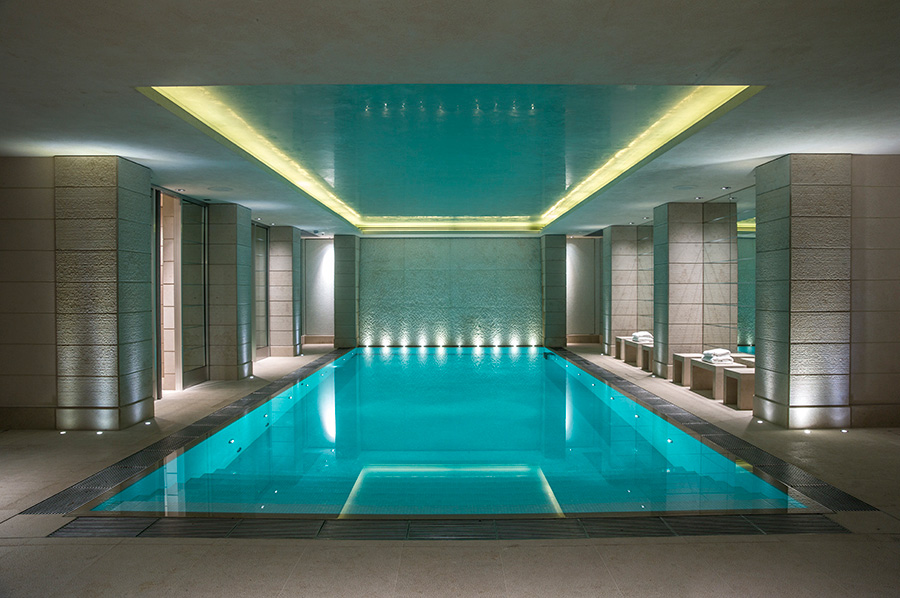 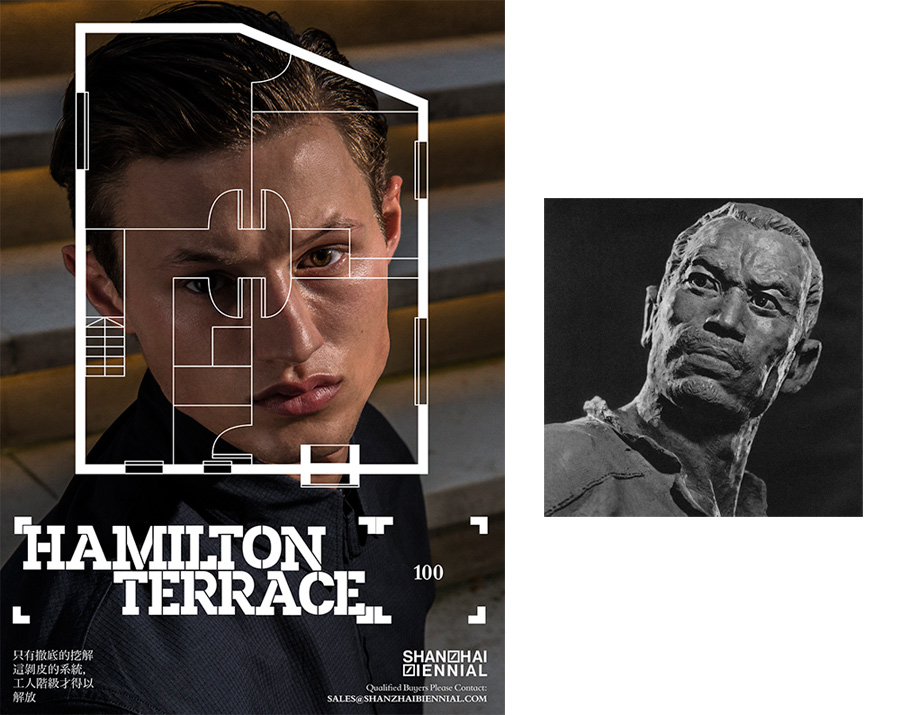 只有撤底的挖解這剝皮的系統，工人階級才得以解放
Only by thoroughly demolishing the man-eating system can the working people be emancipated. 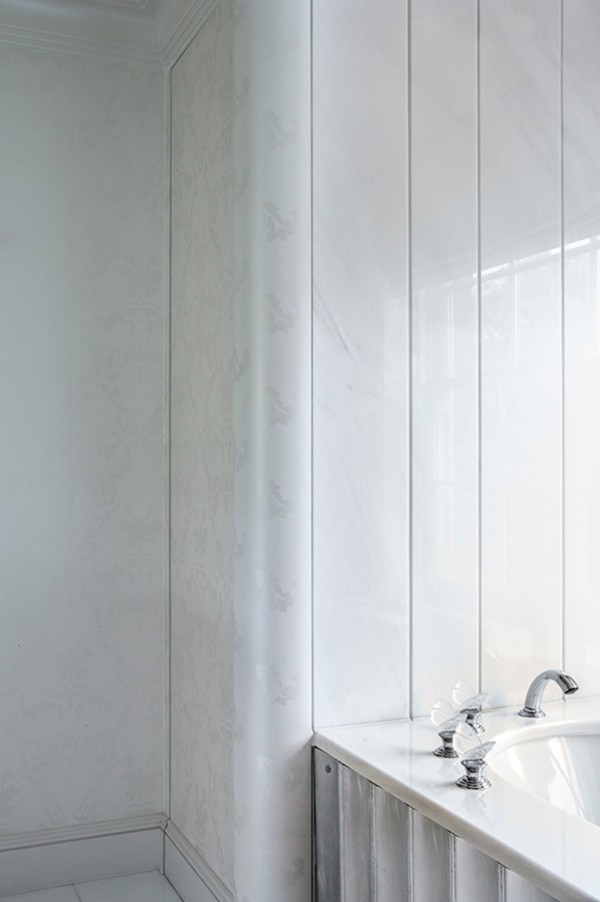 Plenty of other famous individuals have called St. John’s Wood their home, among which are:
Kate Moss, Keith Richards, AJ Ayer and Douglas Bader. 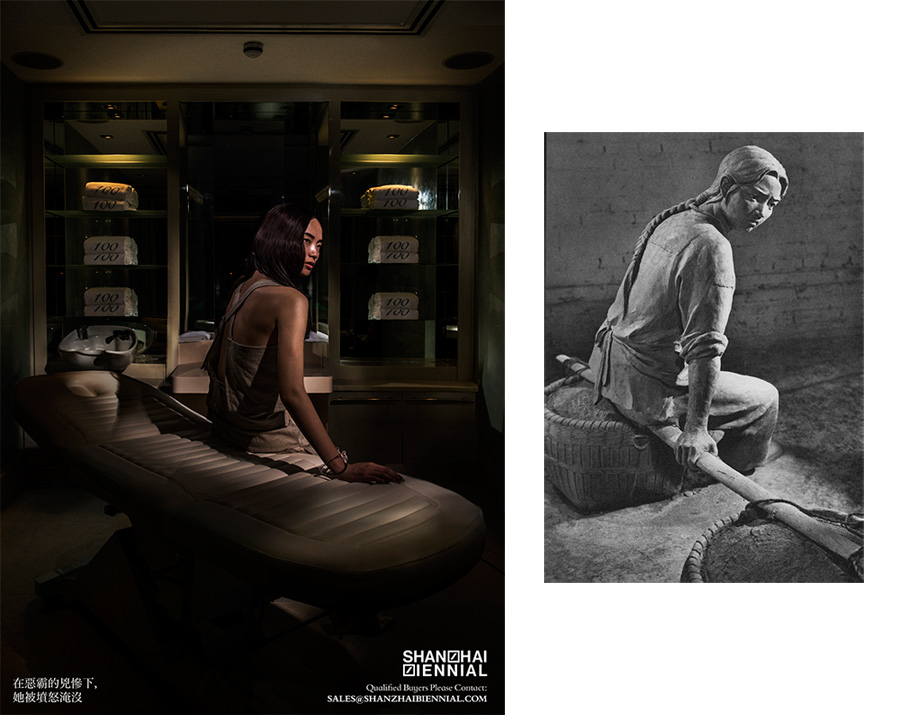 在惡霸的兇慘下，她被墳怒淹沒
She stiffens with anger at the sight of the thug’s cruelty. 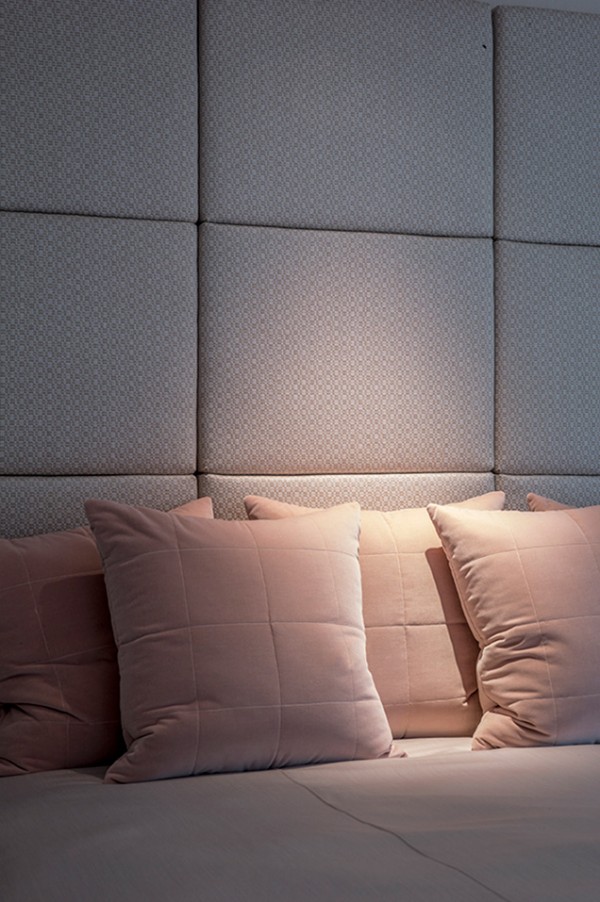 Conveniently located in the heart of St John’s Wood — before Mayfair, Knightsbridge and Chelsea the area was know as ‘the abode of rank and fashion’ 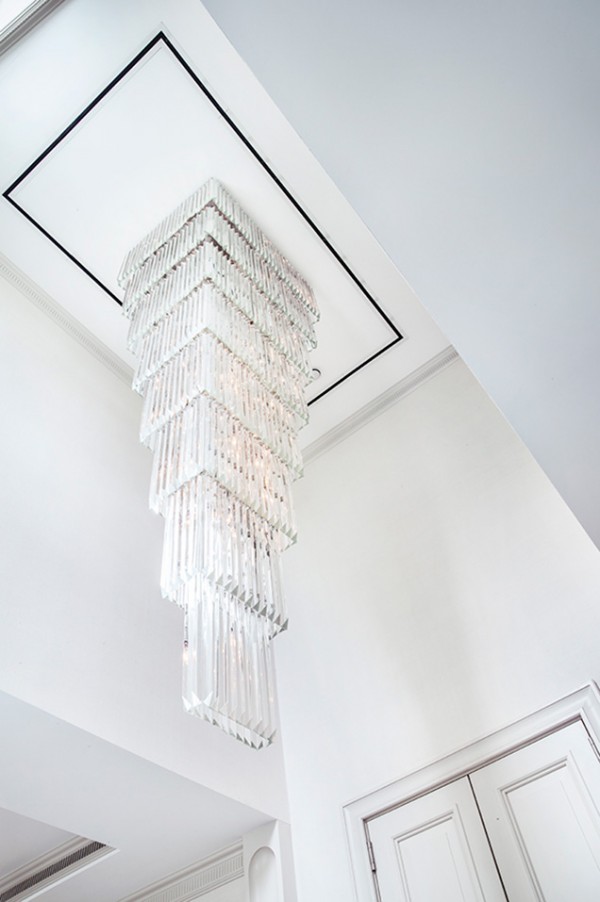 Sir Paul McCartney has owned property in the district since the ‘60s, and seeing him strolling along St. John’s Wood High Street has become a regular sight in the area. 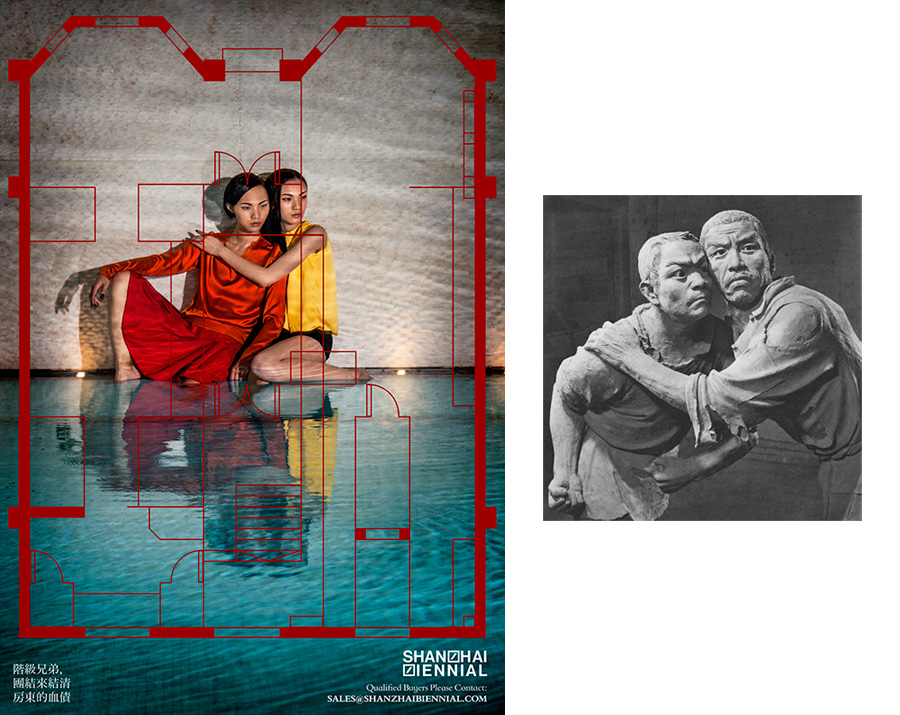 階級兄弟，團結來結清房東的血債。
class [sisters], unite to settle the blood debts with the landlords. 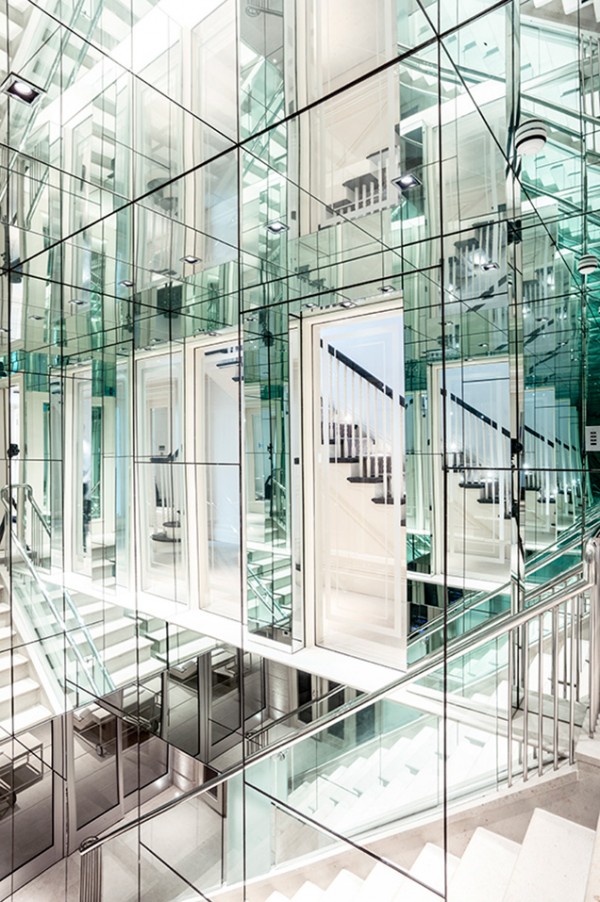 Your own personal sanctuary. 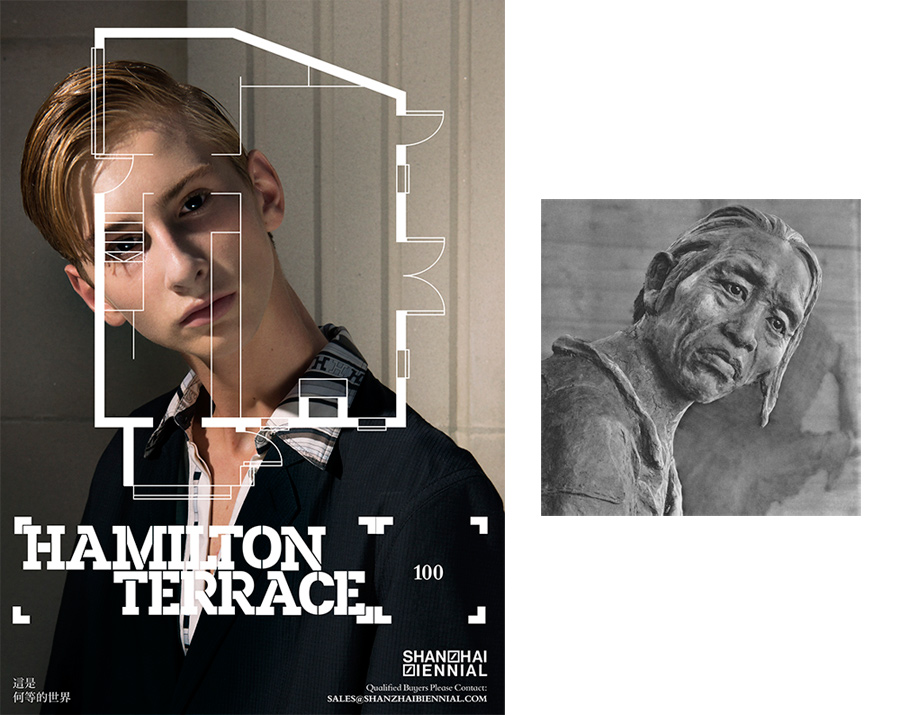 這是何等的世界
What kind of a world is this? 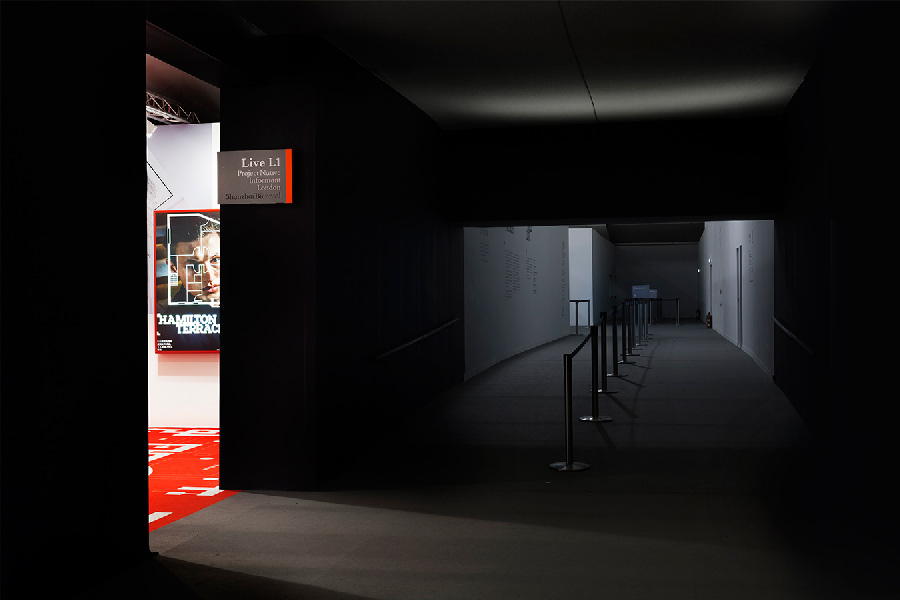 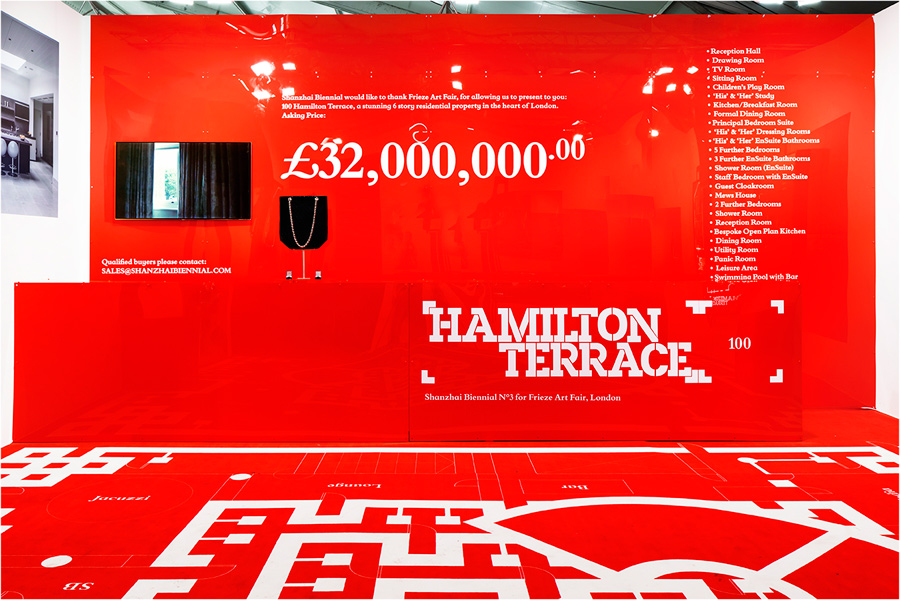 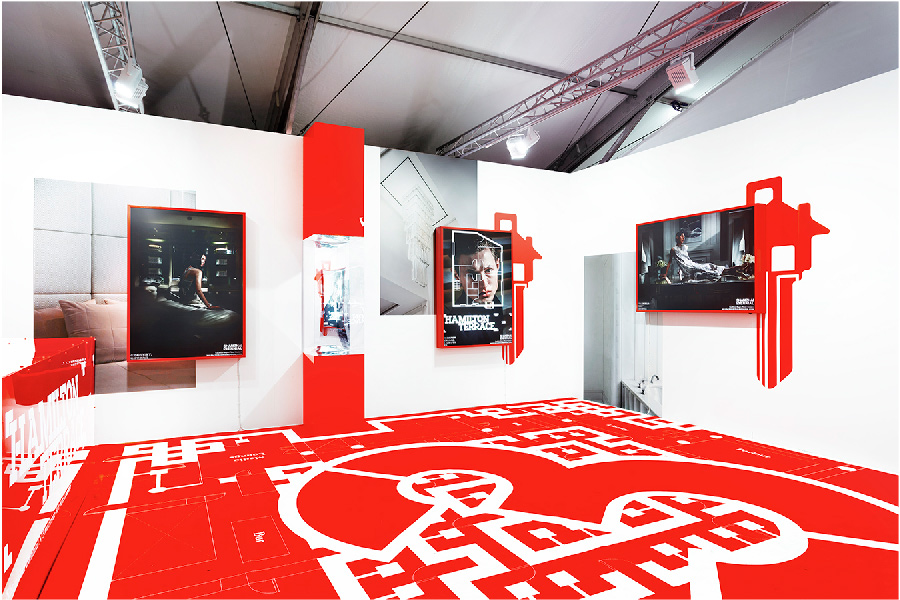