Imagine, if you will, that your boss, (a woman) is delicately palming both her Special K bar and iPhone 7 as she plucks a piece of advice out of thin air for you: “Never start a sentence with what you can’t do– start with what you can do, and then offer solutions.” The frequency of vague and empty aphorisms in the workplace is so great it has induced a contemporary occupational horror vacui. Fearing the complete non-meaning of a phrase uttered by our superiors, we are forced to relegate production from actual output to rhetorical code-breaking: ‘Is she directing me to do something?’ ‘Is this advice that I am meant to regurgitate back at a later date?’ ‘What does she think Special K bars achieve if you never actually workout?’ This is the feedback loop of the creative economy. All the while those who exploit the lowly, post-graduate fodder who populate this cycle are escaping relatively unscathed and offices, especially those dealing with ‘communications’ or ‘marketing,’, all have to perform a greek chorus of tech company jargon. I imagine that is what Steven Phillips-Horst was attempting to derail with his new web series Trailing. 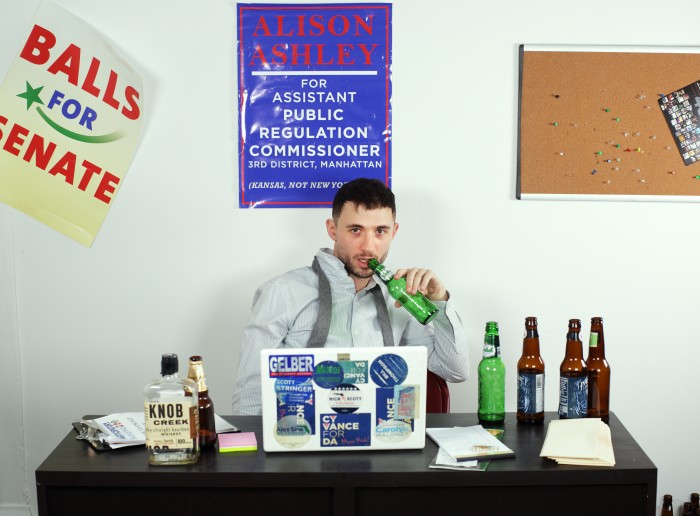 Phillips-Horst may be known to DIS readers as a politically savvy faggot (i.e. comedian) who creates tongue-in-cheek videos to guide the modern apolitical Facebook fetuses towards the seemingly unproductive system of voting––mayoral, gubernatorial, presidential. But his fictional show, based on his IRL experience as an email-chimp and writer for the Bill De Blasio campaign, serves as a smartly satirical excoriation of the creative economy. In seven episodes, Steven and his mostly sapphic cast create vignettes of an uncomfortably familiar office, one fostered into ubiquity by a generation of over-congratulated millennials, whose own obtuse banality and spurious “creative” social media initiatives have metastasized an entire industry into four-hour long meetings where inert terms like “core competency” are spawned. 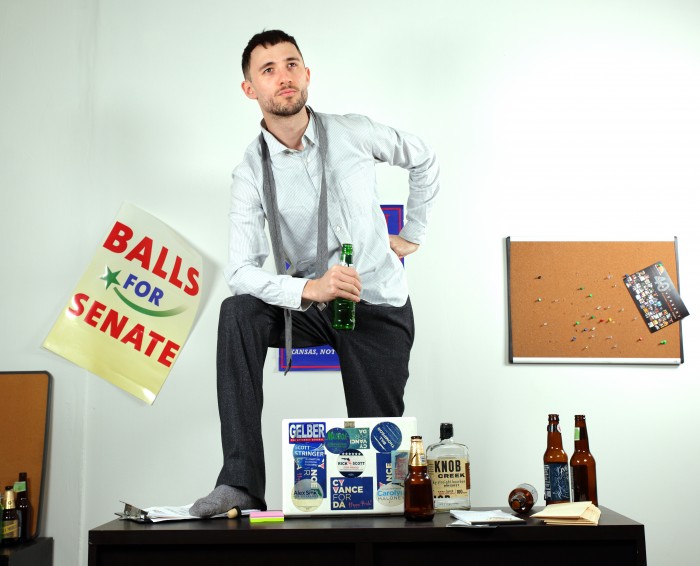 We are witness now to a terrifying acceleration towards corporate nonspecificity, wherein all jobs require meaninglessly tweeting through a fog of startup language. If Peter Thiel thinks all start-ups should be run like cults, one shudders to think what the Jonestown at the end of all this will look like; or how it will be annotated after the fact. The aforementioned hypothetical/advice fragment is a quote from the fictional head honcho of a political consulting firm in Trailing. This ladyboss, played by Joanna Bradley, is a human ouroboros composed of a social media manager’s head deeply imbedded in her own ass. The results are unnervingly familiar. They reference a pervasive cluelessness often seen in the communications industry culture and its variants––the desperate relevance-seeking blind leading the underemployed Instasavvy blind. These vacuous dictums become marching orders for an inchoate generation of what Richard Florida has deemed “high bohemians;” viz. limitedly skilled artists, musicians, lesbians, and vacuous dick-takers.

Trailing incisively lampoons the tropes of the creative class with an attentive eye to the working ladyboy’s desires: do I look thin in this track jacket? After all, gay is in the details. Consider it an antidote to the mannered, sexless melancholy of Looking. Whereas Looking, perhaps by virtue of its setting in San Francisco, uses start-up culture and creative economy as a MacGuffin for its neutered menfolk’s failed romantic relations, Phillips-Horst’s Trailing holds the insecurity and thirst of one young (ostensibly) ambitious fag in equipoise to the brazen, dum-dum confidence endemic to said culture. In a perhaps unintentional parallelism to HBO’s thinly drawn soap, Phillips-Horst isolates the gay twenty-something’s most important romantic relationship: the one between himself and what he imagines people think about him. And what social position is more gay or more contemporary than thirst? Especially when it’s for the admiration of your repugnant, corporate cultural other. 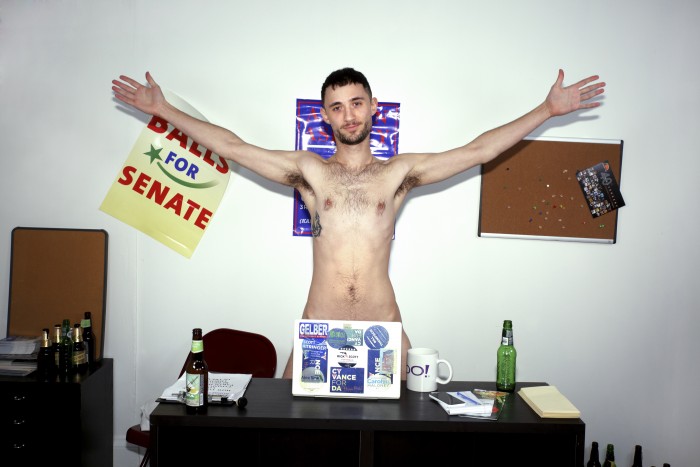 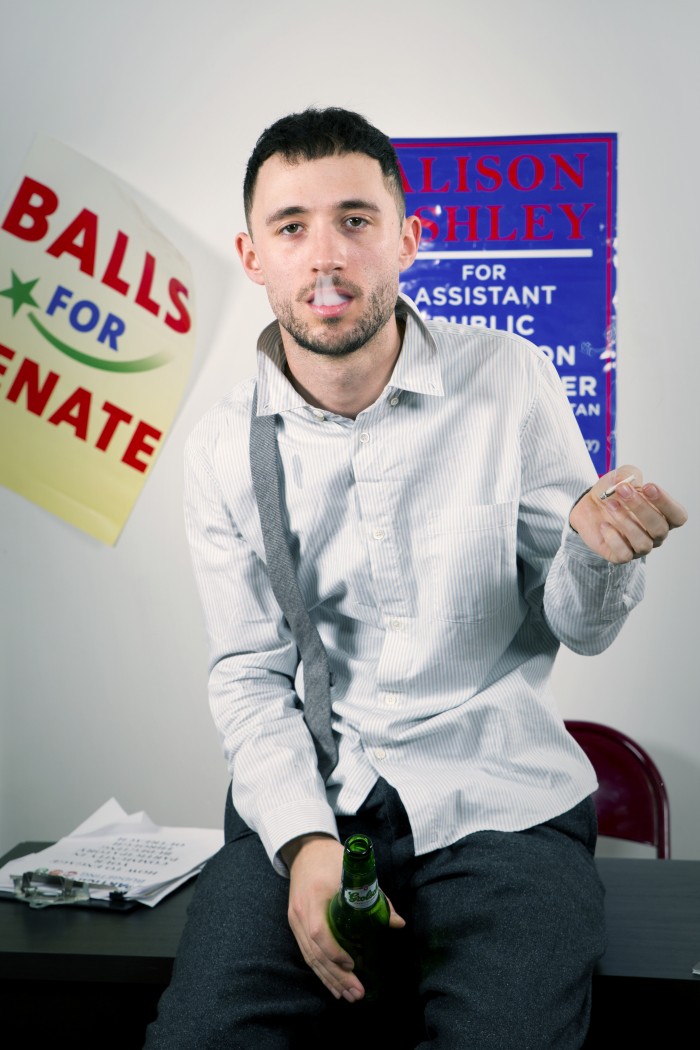