Contra-Internet engages the emerging militancies and subversions of “the Internet,” such as the global proliferation of autonomous mesh networks, encryption tactics, and darknets. Contra-Internet aims to function as a conceptual, practical, and experimental framework for refusing the neoliberal logic of “the Internet” while building alternatives to its infrastructure.

Comprised of multiple series, Contra-Internet 1) critiques the Internet as both a hegemonic descriptor for digital networking and premier arena of political control, and 2) documents and speculates upon network alternatives that social movements and activists are developing globally.

Inspired by queer/feminist/transgender theorist Beatriz Preciado’s Manifiesto contrasexual, Contra-Internet is oriented from a feminist and queer perspective, in an effort to unite such political positions with a hacker ethos.

The “Inversion Practices” series is comprised of short, performative videos that utilize various conceptual-technical tactics to abandon and subvert the Internet. 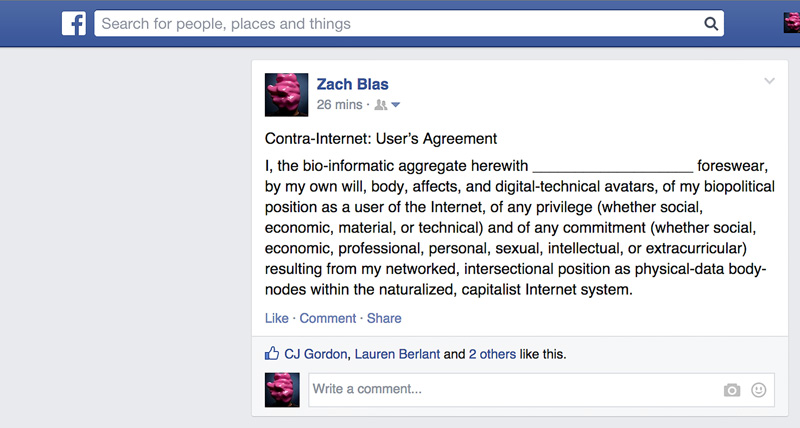 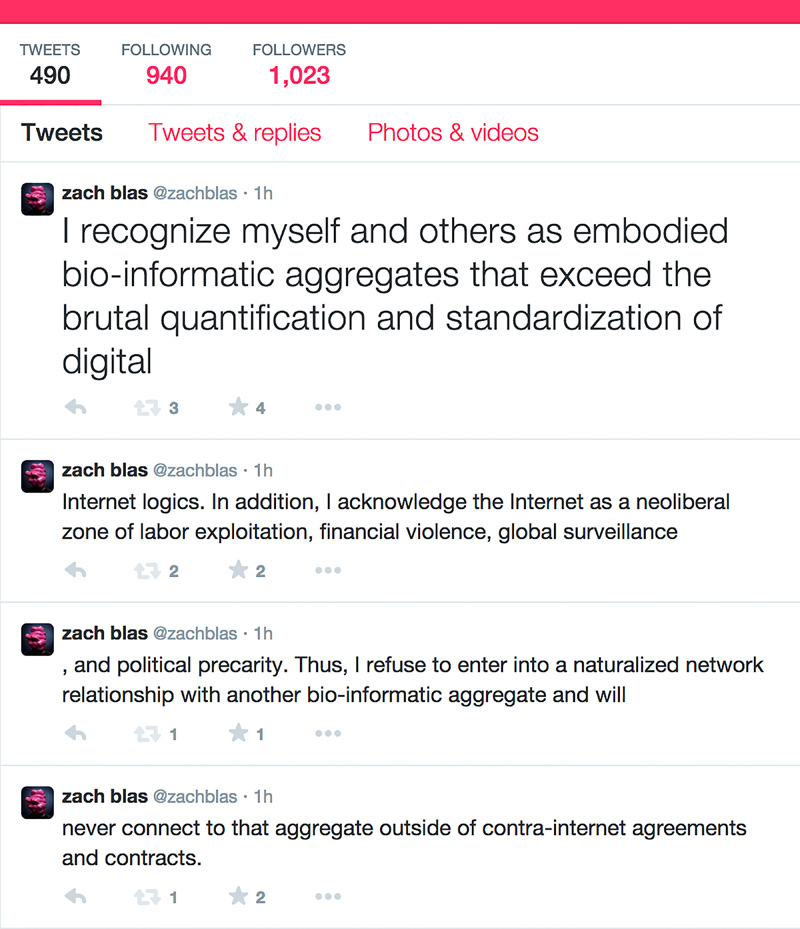 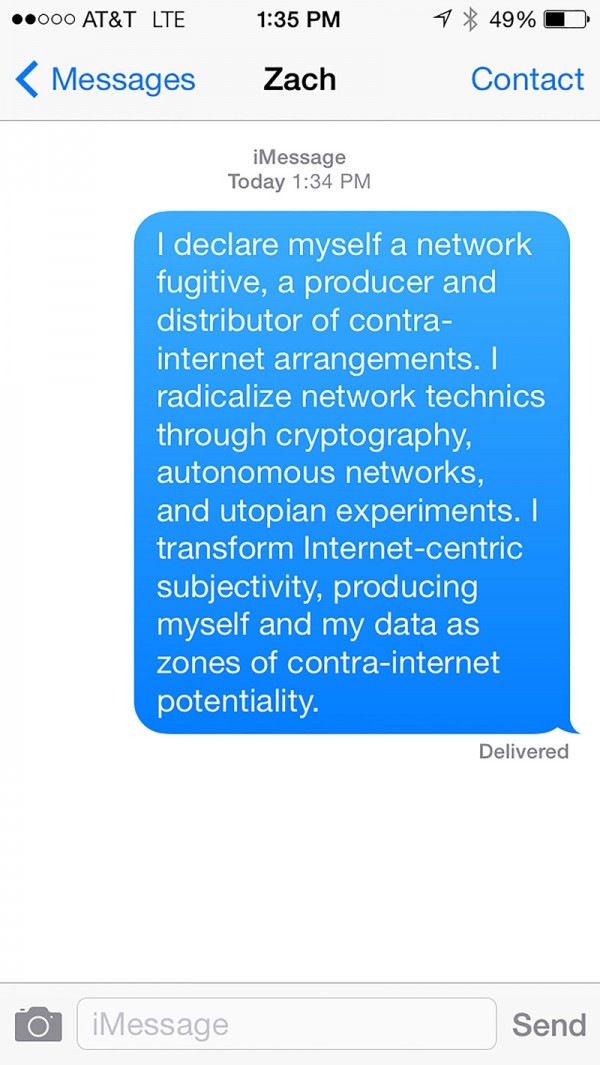 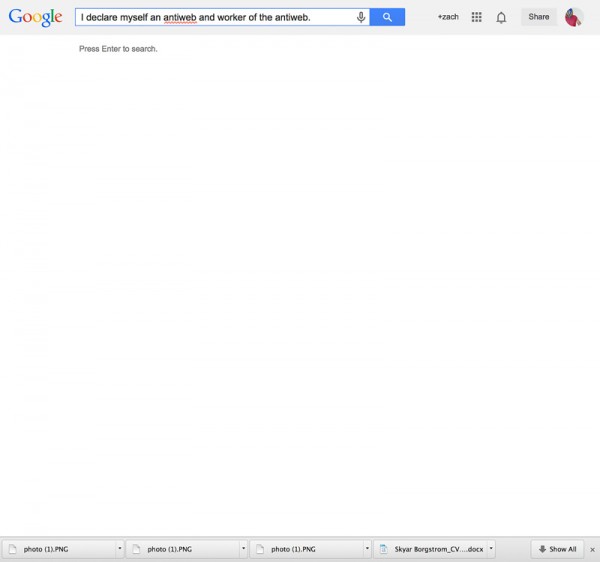 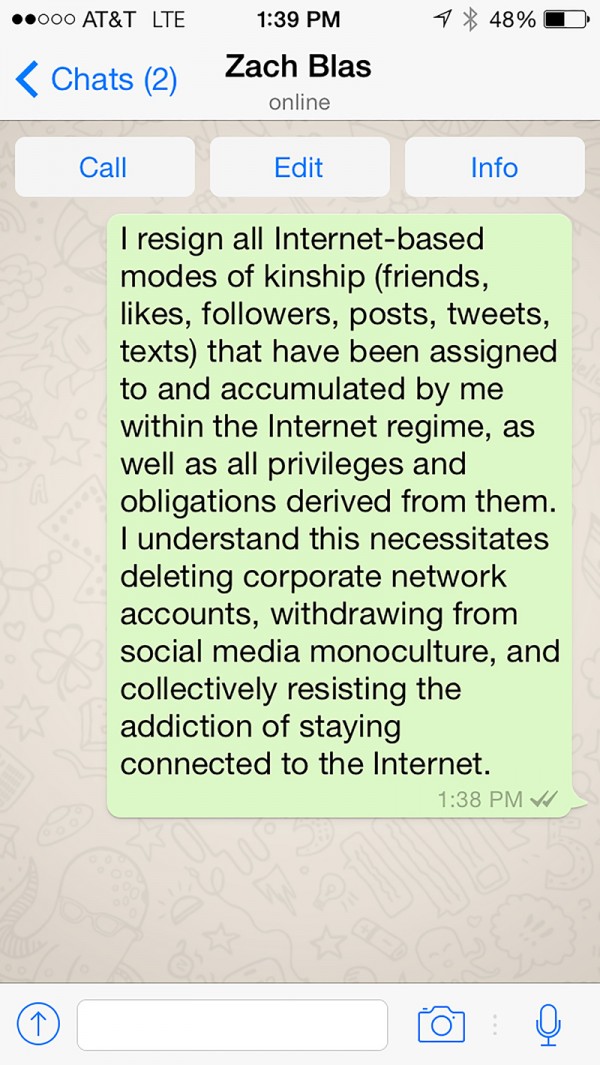 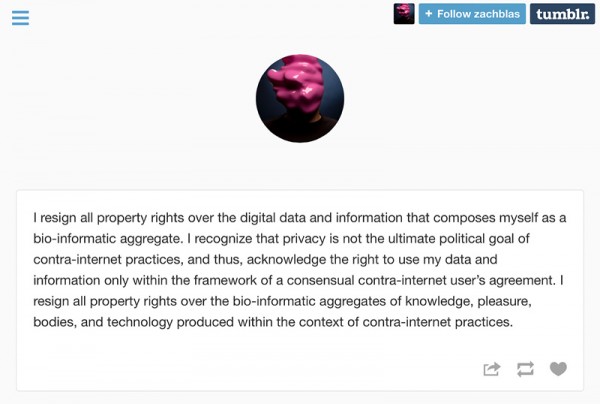 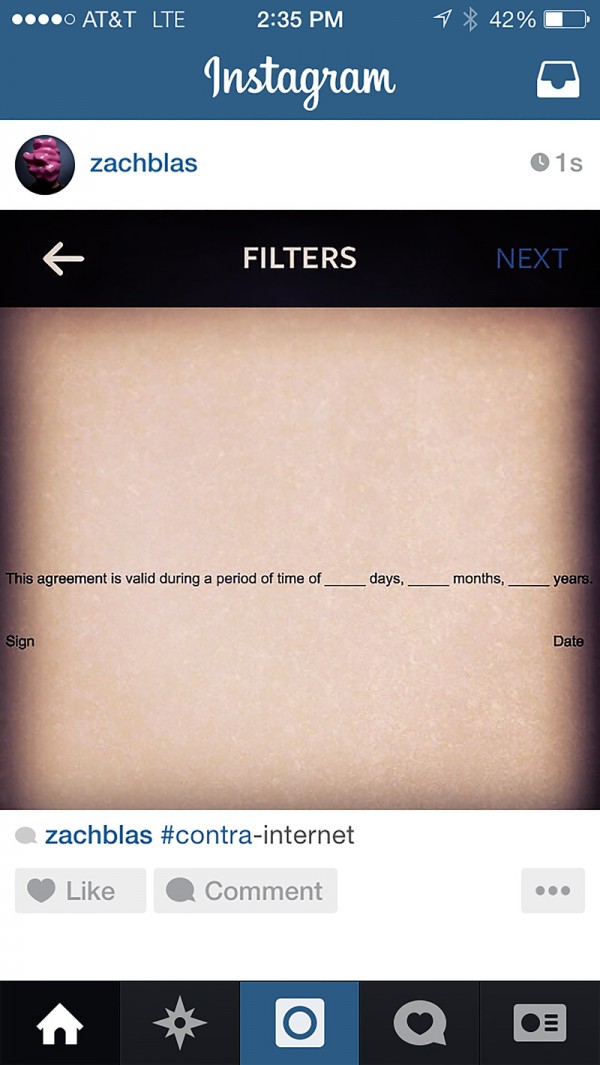 Zach Blas is an artist and writer whose work engages technology, queerness, and politics. He has exhibited and lectured internationally, most recently at Museo Universitario Arte Contemporáneo, Mexico City; Museum of Modern Art in Warsaw; the 2014 Museum of Arts and Design Biennial, New York; the 2014 Dakar Bienniale; Institute of Contemporary Arts, London; Queer/Art/Film LA; quartier21, MuseumsQuartier Wien; Center for 21st Century Studies, University of Wisconsin-Milwaukee; transmediale, Berlin; and Foundation for Art and Creative Technology, Liverpool. In 2013-14, he was a resident at Eyebeam in New York City, The White Building in London, and The Moving Museum in Istanbul.