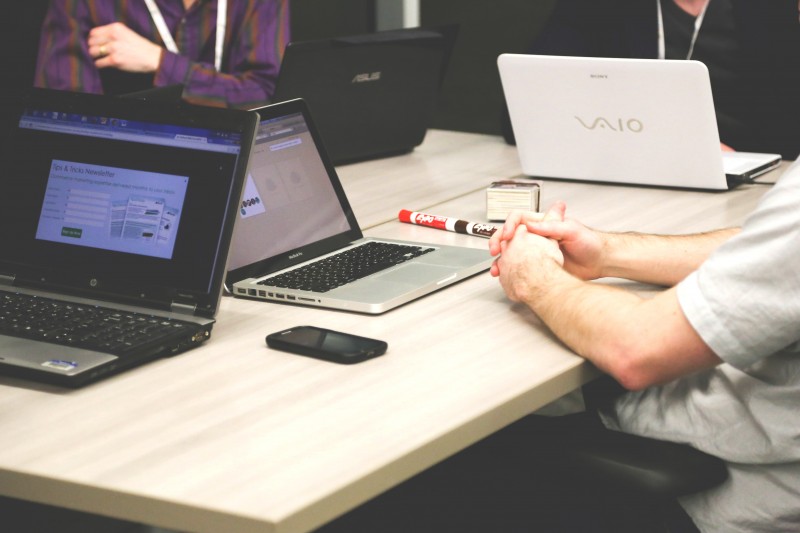 In 2015, cults are being discovered and rebranded in Silicon Valley as a way of modeling the twenty-first century corporation. “You should run your startup like a cult,” one of Silicon Valley’s most successful investors, Peter Thiel, advises in his recently published book, Zero to One: Notes on Startups, or How to Build the Future. For Thiel it is the very excesses of cultish sociality, that have typically been proscribed and demonized, that make it useful for business. “Taking a merely professional view of the workplace, in which free agents check in and out on a transactional basis, is worse than cold: It’s not even rational,” Thiel argues, working to transform the cult from a social model typically associated with irrational, decadent, violent excess to what Thiel argues is the most rational way to model a startup business.

For Thiel the cult is the last technology of cultural freedom: a space to find and create something new, separate from the modern conventional wisdom that he believes has consumed valuable, mystical “secrets” and rendered the world “flat”. “Very few people take unorthodox ideas seriously today, and the mainstream sees that as a sign of progress…there are fewer crazy cults now, yet that gain has come at great cost: We have given up our sense of wonder at secrets left to be discovered.” The startup replaces occupations like “explorer” and “pirate” as a path toward discovery (Thiel’s theory is paradigmatically embedded in a Western value set; he neglects to notice the fact that the places explorers “explored” were already known and occupied by other societies).

In the absence of land or seas to ‘explore’, the startup business becomes the insular, pioneering social organization through which the new can be discovered and built. Because if startups are a way of making something out of nothing—going from zero to one, in Silicon Valley parlance—an organization that operates on cultish principles can be a way of making more with less: more employee allegiance, more efficiency, more passion, more dedication, more labor. Why offer mere jobs when you can offer an all-consuming, never-ending mission? Why simply ask employees to work when they can yearn to meet some shared, transcendent company goal?

The cult thus becomes a kind of way of making work into art by applying a Kantian aesthetic motivation to working—a desire to produce the product for the work’s or the idea’s sake, rather than for some baser need like a salary. But unlike art, the startup cannot be built by one person alone, and thus the startup requires not just ideological passion but, like cults, an intentional cultural uniformity. A worker has to be paid, but a cult member can be inspired by both ideological and social incentives to work longer and harder (…and faster and stronger, as the Daft Punk song that is the soundtrack to Silicon Valley hackathons goes). “You’ll attract the employees you need if you can explain why your mission is compelling: why you’re doing something important that no one else is going to get done. However, even a great mission is not enough. The best recruit will also wonder: Are these the kind of people I want to work with?” Thiel writes. The sign of successful recruiting becomes finding people who feel so matched to the startup’s culture that they will happily allow their identities to be subsumed it, to the point of happily wearing the startup’s uniform of branded t-shirts and other swag. “The startup uniform encapsulates a simple but essential principle: Everyone at your company should be different in the same way—a tribe of like‑minded people fiercely devoted to the company’s mission.” In Thiel’s vision, then, the best kind of “different” is difference that scales—individuality is just a property of people who haven’t found the right startup to work at yet (or alternately, who have not been found by the right startup). 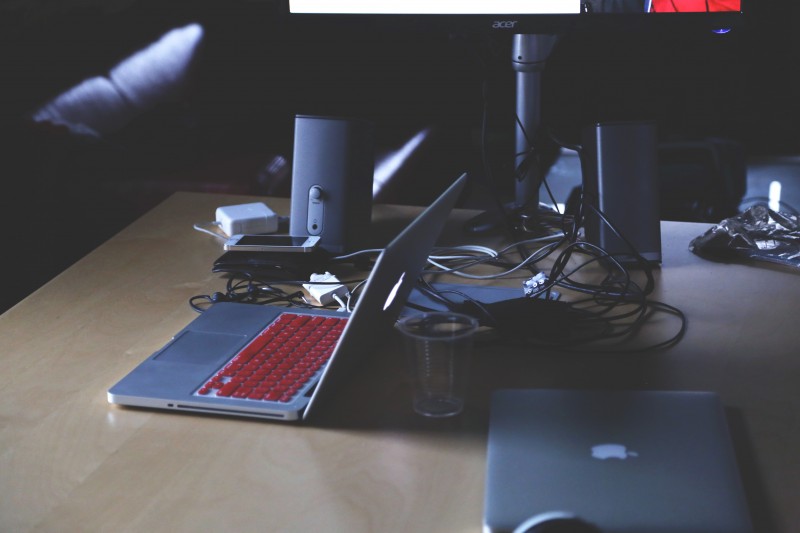 For startup founders and investors like Thiel, the stigma traditionally associated with cults is clearly part of their appeal. If the biggest threat to tech executives is that they look like the traditional corporate ‘Man’, and thus become subject to all the traditional regulations and restrictions that have been used to regulate corporations, what better way to counteract that threat than by aligning themselves with societies considered by the mainstream to be irrecuperably other? The cult’s dangerous, alien implications become assets to tech leaders, a way of making the corporate man into a disruptive outsider.

But Silicon Valley’s desire to recuperate the cult’s dangerous attributes on behalf of startup founders does not exactly recuperate its dangerous otherness to those it seeks to recruit. That is to say that while Thiel may advise startup founders to model their startups like a cult, that doesn’t mean that startup employees transcend the stigma of belonging to a cult—which one can readily discover by mentioning the Valley’s interest in cults to startup employees, who will vehemently deny belonging to a cult. No one, after all, ever claims to be in a cult: cults are always labelled from the outside, or at most, by their leader glorying in his power. Belonging to a cult, that is, is different than running a cult—to belong to a cult is to be assumed to have no agency; to run a cult is to have agency not just over oneself but over one’s entire organization.

This conflict between the cult’s uniformity and its internal power differences introduces an interesting problem for Thiel’s theory of the cult as a desirable model for recruiting and running a business. It’s clear why the Valley wants companies to run like cults—the added efficiency, commitment, and social incentive to participate and agree is a corporate executive’s dream—but can it make employees want to join cults qua cults? Can the cult truly be sanitized of its coercive associations and rebranded so that employees happily consent to them? 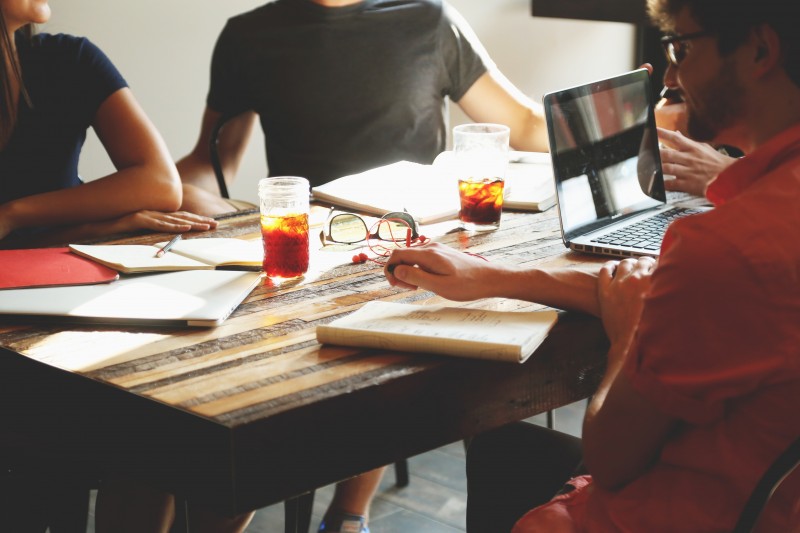 The problem with the cult as a model of disruptive organization is that – despite its emphasis on uniformity – the cult contains a core structural flaw, which is that only one (typically male, often white) person can be in charge. The cult, that is, is a traditional corporation or a patriarchal family by another name, and like a corporation or patriarchal family, there can be only one leader. In a startup-as-cult, resources like health insurance, meals, and social events (and/or luxuries like foie gras and moon rocks, in the case of Silicon Valley startups competing to be most rare and special) flow not from one’s father but from one’s chief executive, who is also always, ultimately, the boss. Thus while the concept of a “mission” can be used to make everyone in the startup feel like they are acting in the service of their shared belief in a higher power (whether that higher power is now Airbnb, Facebook, or Twitter or some other social network that wants to dominate and reshape the world), at the end of the day everyone knows they aren’t the leader—that they work in the service of the mission rather than creating the mission itself. The startup patriarchy, then, has a problem: how does it make its employees feel sovereign and special while at the same time making them work seamlessly and selflessly in support of the cause?

Traditional California cults like the Manson Family attempted to solve this problem by micro-modelling the cult’s patriarchal leadership within the cult itself, allowing male members enough social and often sexual rewards to keep them working for and subject to Manson himself. And if the traditional cult’s attempted solution to their core structural flaw lies in the social reward of male members, then the answer to how one keeps these members interested relies on the social exploitation of less powerful members (startups often do a version of this by tacitly encouraging women employees, who often make less money and occupy less powerful positions, to date men in the company and perform other forms of emotional labor not requested of men). In this way the cult structure mirrors a traditional corporate hierarchy perfectly, being not so much a transcendent form of corporate organization but its purer, platonic form.

Silicon Valley’s move to make corporations more like cults, then, could be seen as a way of resisting the movement toward gender, racial, and sexual equality that may, at core, threaten executive power by asking that all employees, not just ones who look like their CEO, be treated equitably. Because another thing that cults offer is mystification: in a cult, you don’t ask, you just believe, and in a corporation, it profits the leadership for its members not to inquire or demand to be treated equally, but rather to accept their different placement in the corporate hierarchy. Cults then are an innovative, if deeply traditional, solution for what to do when the business climate threatens to become too equitable. If it isn’t legal to discriminate within an organization, perhaps one may attempt to do so by more mysterious, cloaked, socially enforced means. The Silicon Valley startup’s coveted “unknown”, like in the traditional cult, becomes a kind of yearning for the return of a mystified, hierarchical power that remains unquestioned.