Like victory, the terrain changes hands with each match and every half-time. It is paid in rent. 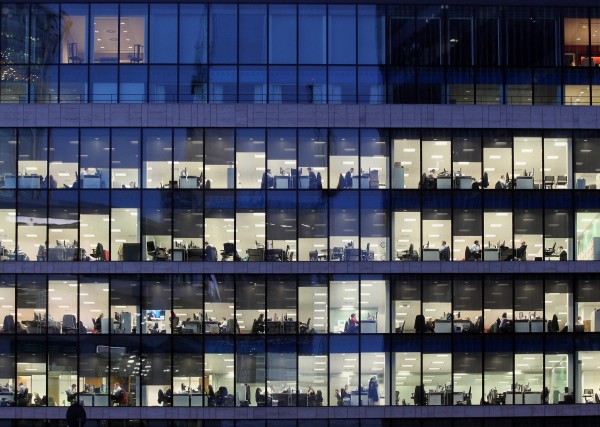 Whereas past generations longed to know if there is an afterlife, today we face a living hauntology in the form of our data presences. We live on not only past death, as the recent Facebook end-of-year debacles have poignantly demonstrated, but we live beyond ourselves in and through black-boxed algorithms and their architectures of capture and deployment. While we might understand this as a form of posthumanism or by using the framework of human/machine relations, I suggest we think of it this way: as a form of “weird” solidarity not only with one another but with the very environments that are being made to be “expressive” (Thrift 2012) along with us. As value grows increasingly speculative, being drawn from the dual promise of data aggregation and its parsing—for data are only as valuable as the novel emergent patterns it can produce—such value is already predicated on a social body and the generative connections that can be forged among its constituent elements. These elements do not necessarily have to reduce to “the human.” Additionally, this is a laboring and productive body whether it “works” or not. In this way, this economy does not need “you,” but it is fully composed of “us.”

We are slowly coming to realize that the “sharing economy” is less about sharing than it is about creating new terrains of rent. Such terrains are innovative and disruptive not because they are necessarily creative, unique, generous, or helpful to the overall project of human life but because they attempt at all costs to circumvent production costs (including labor) and therefore reconfigure the relationship between production and value. Guy Standing (2014) writes, “Rental income enables people to make money simply through the possession of scarce assets. Sometimes assets may be ‘naturally’ scarce: if fertile land is owned by a few landlords, they need not work themselves but can rent it out to others for a high price. This income is rent, not profits from a productive activity, as the landlords do nothing to earn it aside from owning the land.” While we can point to platforms such as Uber and Airbnb as examples of such rentierism, the project of opening the commodity form to new forms of “tenancy” (Thrift 2012) is only beginning to find its true home as a form of governance via a hierarchical, rigid political/economic social structure. Rather than sell itself as an aristocracy in the making, enabling a few to own much, the sharing economy does quite the opposite. It suggests that participation in this economy is a form of peer-to-peer collaboration and cooperation, which leads to greater choice and flexibility. The key figure here is the enterprising, entrepreneurial individual—a savvy prosumer or, in Toffler’s words, a “proactive consumer”—who privileges access to goods and services over ownership. Bear in mind, this is an individual who already does own something—that is, has something to “share.” That something can be their home, their car, their pets, their time, their talents, or their attention, and that individual is often invited to share through the most practical of all invitations—the creation of passive income, or rent.

It was only a few years ago that we were asking whether participation in a platform like Airbnb could even be seen as a form of labor. These questions of labor, which have extended from critiques of the tech industry’s reliance on “free labor” to campaigns such as “Wages for Facebook,” were, I think, meant to provoke a collective “worker consciousness” among those more comfortable imagining themselves as independent, creative freelancers simply building their network or client list via social and other digital media. While it does seem that such a consciousness is beginning to percolate through conversations of digital media, we have only just begun to imagine what forms of solidarity such social relations might entail. Rob Horning (2014) writes, “unlike the workers who meet on the factory floor, the sharing-app users meet only as commercial adversaries, and build not solidarity but merely a mercantile ‘trust’ that facilitates wary exchange.” While Horning’s statement may be true, I want to suggest that, despite its rhetoric of rampant individualism, the sharing economy and, even more broadly, the data economy has already ushered in a form of “weird solidarity.”

Value within these economies does not emerge from the laboring, disciplined individual but rather through that of the crowd or population. Airbnb is so highly valued not because it creates self-fulfilled sharers but because it can aggregate rooms far beyond the scope of a brick-and-mortar chain. Its value is linked to its capacity for accelerating the breadth of a population. Similarly, while “you” may not ontologically “be” a gadget such as a camera or a pedometer, as long as those elements are attached to you and producing trails of data, you are a generative source of data aggregation who becomes, often unknowingly, a constituent of data-based populations.

While this social body does not reduce to the traditional sociological concepts like the individual, the group, or the community, its search for value (through rent but also through derivative logics) has been quite successful at extending the human body far beyond our notions of the personal, bounded body or private self. Through what has been called the “promiscuous” marriage of social media, mobile technologies, and cloud computing to the capacities of nanotechnology, biotechnology, and sensor technology we are generating datafied terrains that seek information from bits of one’s human presence (Clough, Gregory, Haber, and Scannell 2014). These bits may be eye movements, our gait, heart rates, or sleep patterns, and in this way the vocabulary of the data has less to do with a fully constituted, rights-based subject than it does with the very rhythms, circulations, palpitations, movements, connections, separations, consumptions, and mutations that animate us. Much in the same way that rentierism opens the commodity to new spatial and temporal extensions so that it can generate a stream of inhabitants, the data economy extends and opens the human body to the pre-personal, to what we do not necessarily have conscious access to. The data economy already understands us as the porous subjects of an uncanny and expressive genetics. 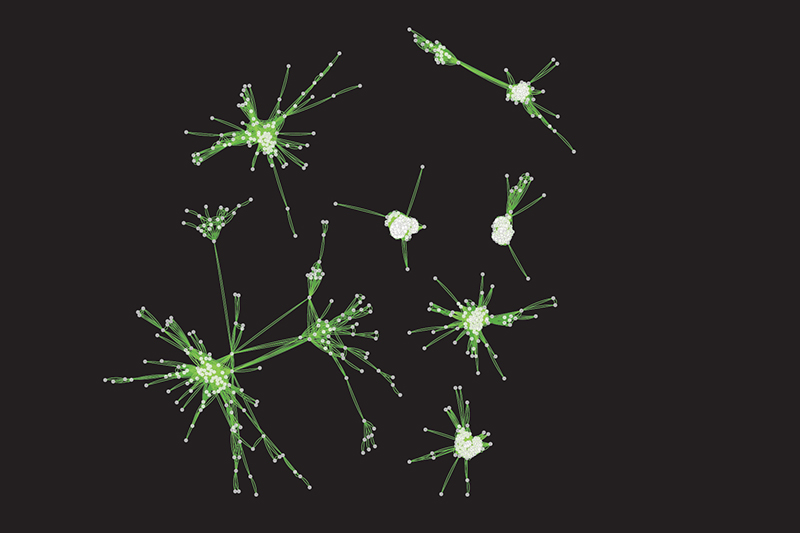 While such an arrangement adumbrates the dystopian, we must also take up the notion of “weird solidarity” to explore how the “more-than-us-but-not-us” is giving rise to new forms of sociality and social relations. Of late, “weirdness” has been taken up by theorists and speculative writers to explore the emerging non/humanity that the Anthropocene seems to foster. Weirdness has been taken up to conceptualize a “world without us” (Thacker 2011), but it has failed to take up what is an even stranger question: how might we think and develop a language of care in a time when, as Donna Harraway (2014) has said, “to be a one at all, you must be a many”? How might rethinking the “weird” toward the conditions of inter-dependence, which sit at the heart of theories of care, rather than toward horror and nihilism, help us see that data is currently living with (and through) us? Data “matters,” as it were, and has become a strong social actor, in a Latourian sense, helping build (quite literally in the case of “smart cities”) the material conditions we find ourselves in and among.

Where do humans reside among and with machines and algorithms? A map of this weird terrain is necessary to foster a politics of solidarity that understands how and where value is being produced. This politics might be used to demand wages and benefits from the owners of capital, but it might also be used to greater ends, which would be to reconceptualize who “we” are and how we live with one another. This might be the most important question of our time.

As the rentier/data economy seeks new terrains of conquest, it not only freights in longstanding racialized and gendered inequalities, discriminations, and biases; it also produces a structure dependent on the very notion of measure, comparison, and hierarchy. This hierarchy, however, is not simply vertical but is dynamic and emergent across different levels of scale. Even as the emerging system is geared to pit further “individuals” against one another for scare resources, uncritically participating in—competing in—such a post-probable arrangement takes on the hue of folly, for we cannot be sure how our data lives will, at some point, be used against us. While we must continue to take up questions of labor, the emerging onto-sociality of metrics and measure is actually giving us an opportunity to reconceptualize how we stand with the strange and with the stranger. Knowing that our own labor histories are no easy guide to the future, might this opportunity to ask about new social relations provide a window into a way forward?

Karen Gregory, PhD, is a Lecturer in Sociology at the City College of New York, where she is the faculty head of City Lab. Her work explores the intersection of contemporary spirituality, labor, and social media, with an emphasis on the role of the laboring body. Karen is a founding member of CUNY Graduate Center’s Digital Labor Working Group and her writings have appeared in Women’s Studies Quarterly, Women and Performance, Visual Studies, Contexts, and The New Inquiry. You can often find her online @claudiakincaid