DIS would like to present its very first letter to the editors. In response to last week's article, "Pastiche as Technique," by John Snavely, Khalid al Gharaballi reflects on the nature of the superficial in relation to architecture. 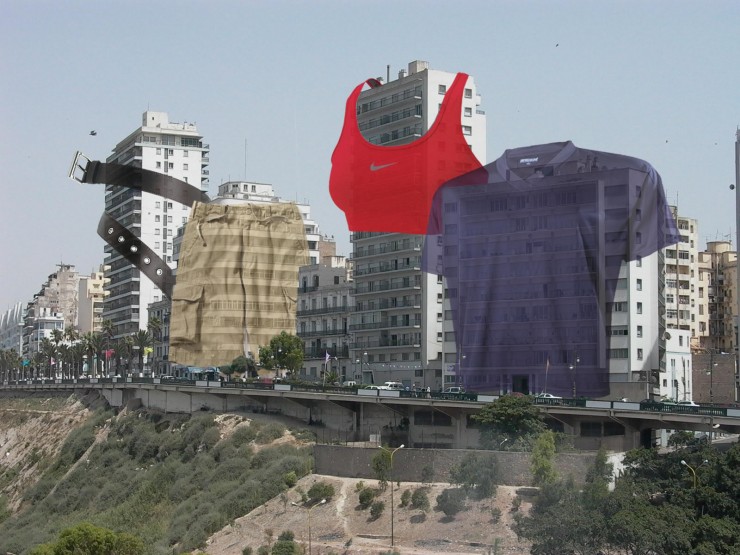 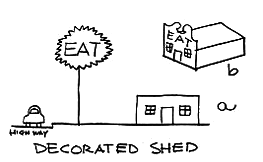 DIS would like to present its very first letter to the editors. In response to last week’s article, “Pastiche as Technique,” by John Snavely, Khalid al Gharaballi reflects on the nature of the superficial in relation to architecture. He would like to know:

What is the significance of the façade of a building? Is it an afterthought? A consequence of the primary architectural objective, the realization of a functional spatial program? What function does the superficial have?

Since the 19th century, the process of designing a building has involved constructing an exoskeleton: a frame made out of steal or concrete (the embodiment of the architect’s ideal spatial configuration) and the cladding of that frame with some sort of a façade – “fashionable,” frivolous, an intellectually and aesthetically inferior gesture, albeit part II of a two part process. But the notion that the exterior of a building is a mask of sorts, a secondary exercise, or merely a decorative surface is a false one—at least in my opinion.

If we compare a building to the human body – since architecture tends to mimic/house/dwarf/blow-up/extrapolate/and-or-destroy our bodies* – then we realize that no matter how fanciful a building’s façade is, it is, like the skin housing our organs and skeleton, part and parcel of its own intellectual and physical being.

Buildings are totally naked and their tits, cocks and asses are indecently arousing us …or, in most cases, turning us off. There is, in my own slightly puritanical opinion, a tertiary layer that is missing. Clothing for buildings! Buildings should simply put clothes on. Not to act as the façade of the structure but rather to swatch the entire thing, façade included. 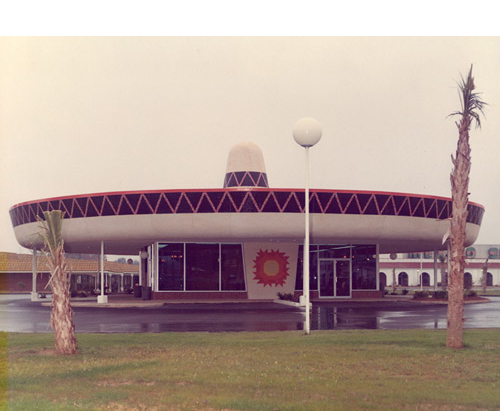 Architects are arrogant. The presumptuous nature of their field allows them to be. While fashion is very aware of its expiration date (of half a year), architecture, on the other hand, is drowning in a decadent hot tub of presumptuousness. Buildings are eternal! Or if not eternal, then they will age gracefully throughout history until they become significant, monumental ruins. Who gets to decide these things? What can guarantee a “naked” building’s relevance to a fickle crowd of 21st century consumers?

I say: buildings should wear crop tops, do-rags, make up, hot pants, jewelry, hats, bras, whatever fashion dictates! And this ought to continue interminably… or at least until a new aesthetic language is created for architecture’s phantom “tertiary layer”.