Artist and Liverpool native Kate Cooper’s new exhibition Rigged at the KW Institute for Contemporary Art in Berlin looks at the agency of the computer generated female within the glossy aesthetics of consumer capitalism. She chats with Jeppe Ugelvig about a feminism that encompasses digital bodies, the language of mass-advertising and a move beyond representation. 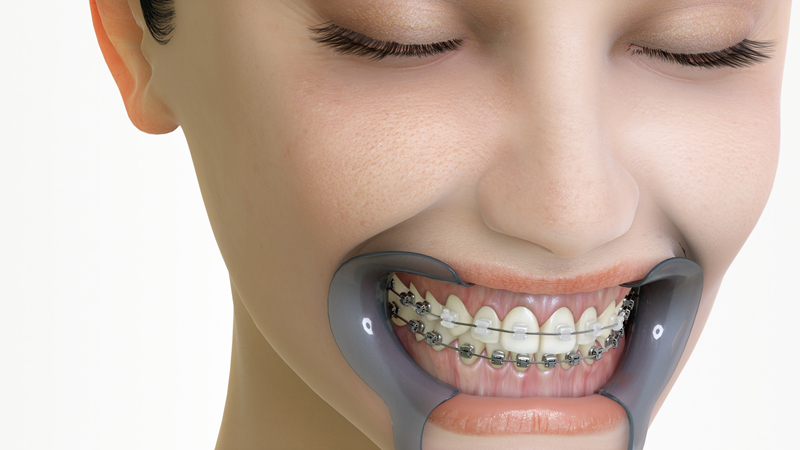 The work of British artist Kate Cooper inspires immediate physical and aesthetic attraction. A hybrid of consumer associations, ranging from the glossy iconography of the TV commercial and the sterility of video game graphics to the luminosity of the department store poster and the smell of freshly opened cosmetics, create a subconscious lure. Her use of CGI technology in her artistic practice surpasses a simple study of digital textures (think nostalgic glitch-making) to occupy a full-fleshed, hyperreal space, usually reserved to corporate giants in advertising or entertainment. Cooper was the winner of the Ernst Schering Foundation Art Award 2014, which granted her a solo show at the KW Institute for Contemporary Art in Berlin. Her show, Rigged, coincided with the spectacular Ryan Trecartin exhibition curated by Klaus Biesenbach and Ellen Blumenstein, and Berlin Art Week. 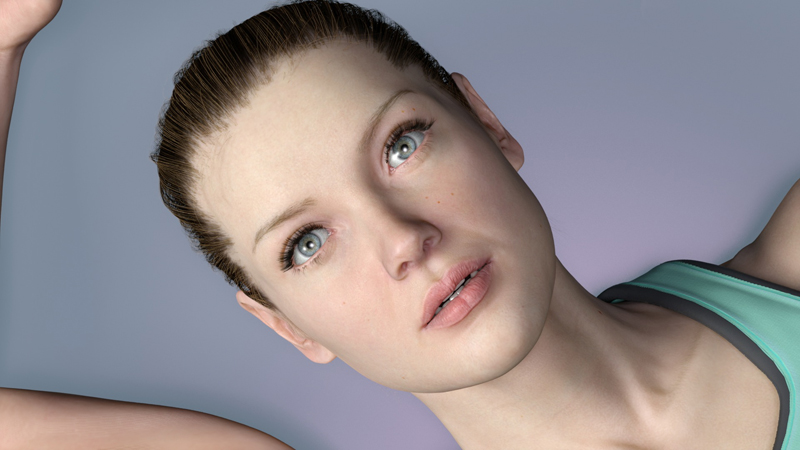 Cooper, a soft-spoken, impeccably dressed brunette originally from Liverpool, has been working mostly collaboratively for many years. She runs the collaborative art studio Auto Italia South East in London, which explores alternative forms of labor-structures within art practices. Rigged is one of her first large-scale solo projects. When I met her, she emphasized her passion about working collaboratively: “It brings a nice freedom – it means you can be a lot more ambitious, for example with scale and technology. I’m also very interested in the political dimensions of the labor involved in the actual construction of art works and projects. There’s a huge amount of work that goes into art projects; I’ve always been interested in these alternative models of working, and that’s what I try to do with Auto Italia as well; experimenting and trying out different forms of working.” The collaborative effort pans out in Rigged, a two story exhibition featuring delicate still-and-video portraits of computer-generated female models, jogging contemplatively to choral harmonies or showing off their shiny new dental braces. By CG models I don’t mean the pixilated scruffy kind: these are state-of-the-art fully-realized human beings, surrounded by the magic of virtual simulation and complete in their flawlessness (pores and hints of smile lines are visible). “This is the first time I’ve had a budget and framework to experiment more with technology, which has been very interesting,” Cooper elaborates. “In the past I’ve made works where I’ve shot things with real life models, followed by a heavy amount of post-production and CGI, but this time all images are entirely constructed. I’m interested in what that entails, the labor involved and the position of those images and what they mean in terms of representation.”

Through her choice of medium and installation, Cooper employs what she calls ‘the language of hypercapitalism.’ She presents her work as billboard-size prints on light boxes similar to those found in the beauty section of any department store. Rather than simply mocking or subverting, her usage of this polished aesthetic appears more as an occupation or redirection of capitalist mannerisms. “It’s very interesting just getting your hands dirty in finding your own agency within this glossy language, to be able to produce it yourself,” she asserts, “When working with this technology, I always feel there’s a kind of hacking element to it.” 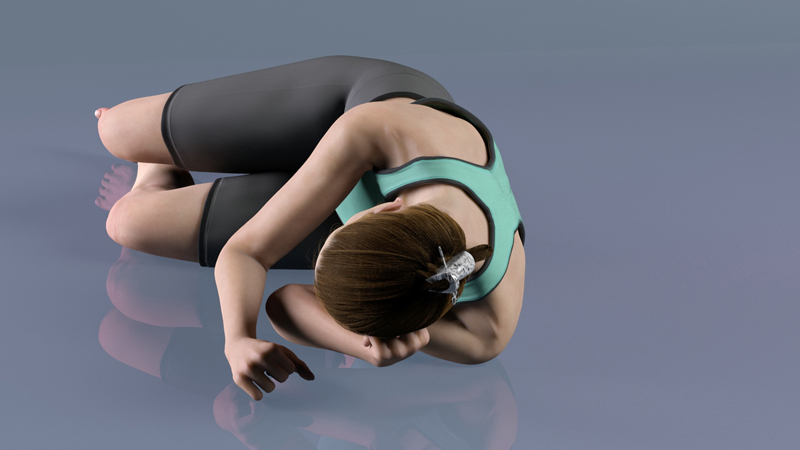 “I’m really interested in how [representation and image consumption] have kind of become more and more divorced from each other,” she explains. Cooper’s work expresses an ultimate devotion to and faith in the digitally constructed body, a dedication otherwise only seen in the work of artists who exist purely in virtual performance, such as the omnipresent Facebook-persona Laturbo Avedon. Her recent disengagement from ‘the real image’, (as compared to Cooper’s previous work which although highly manipulated still contained some non-CG content) marks a subtle but crucial shift in the discussion on agency and labor within a digital space – surpassing representation, these bodies are now only representative of themselves.

Even the fetishization of the CG model’s body alludes to the power of the post-representational female subject; the model has her own body with full potential action rather than being merely a representation of a body. She is a she, not an it. “For me, images are no longer representational in themselves,” Cooper adds, “they perform another function, and I’m interested in exploring the possibilities of what that agency could be, what that could produce. It’s very exciting.” By creating models (rather than images) Cooper insists that agency is central and becomes the politicized premise of the work itself. 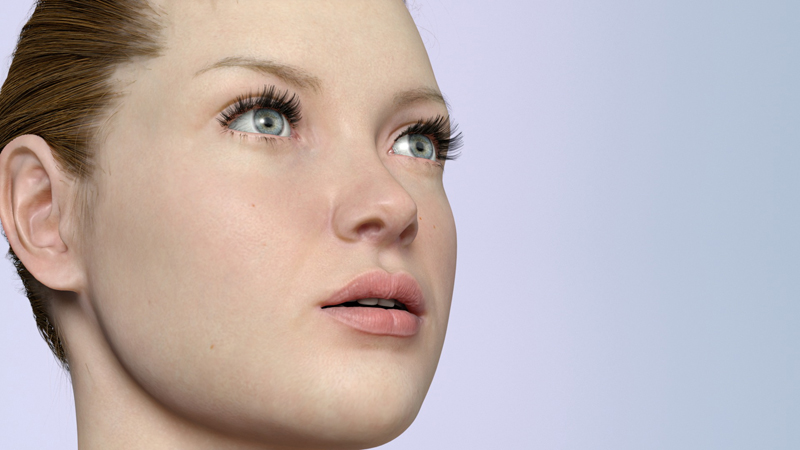 As technology increasingly vivifies the virtual body, traditional points of feminist critique become difficult: what and/or whose body is it, and what exactly is being performed? “The image of women is constantly changing,” Cooper says. “What is my relationship to these images and the way they’re represented? It’s about being agile as they are constantly shifting and performing. I believe it’s not about identification but instead about how we participate in these images.” This engagement with feminist discourse functions as an overarching ideology from process to subject matter. However, her approach is refreshingly constructive, suggesting a productive critique and utilization of the feminized language of mass advertising and objectification of the female (digital) body: “In all images, particularly of women, there’s a relationship to desire, and within that a real violence; especially within these CG images. Still, I feel like there must be a way to negotiate these worlds, explore their potential, and make them one’s own. It’s not about reclaiming the world or aesthetics of hypercapitalism, but about occupying or invading it. I find that an interesting proposition to myself as an artist. Maybe there’s a freedom in the things that are supposed to restrict us.” 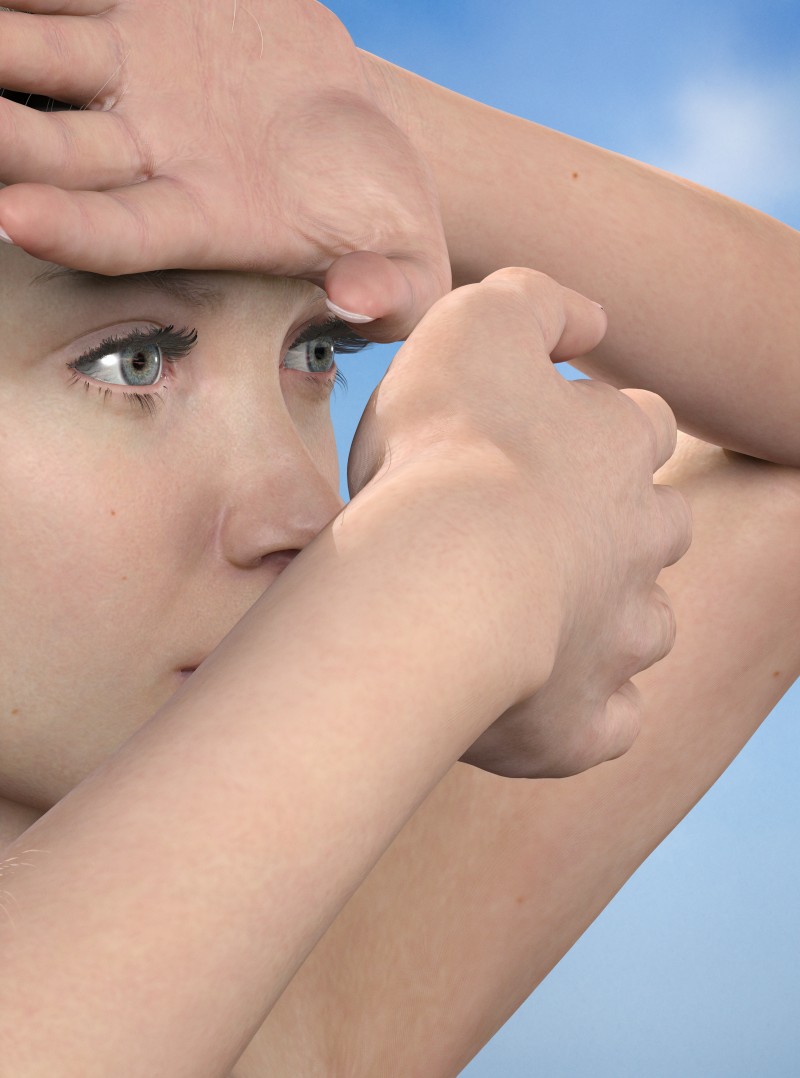