Patric Dicaprio drunkenly bought a sewing machine one night. Spurred by the lack of inventive clothing he could pull for his job as a stylist, he decided to start his own label. ‘Vaquera’ or cow-herder is what the cooks in the kitchen where Dicaprio used to work would call him, for his particular talent at bossing everyone into doing their job correctly. Dicaprio is now joined by socialite and former member of MGC David Moses and stylist Bryn Taubensee, who could be seen sewing some finishing touches onto garments before the FW/16 presentation. Get to know Bryn and her thoughts on fashion in a chat with Ada O’Higgins.

Ada O’Higgins: So what’s glam right now and what’s not?

Bryn Taubensee: Someone who can look good looking bad.

AO: What was on the moodboard for this collection?

BT: We started out with a lot of historical references and were looking at a wonderful theatrical costume patterning book a lot in the beginning. We were so inspired by the weirdly brilliant medieval designs. We wanted the silhouettes to be excessively oversized, with a lot of gathered fabric. Everything seems so flat and dimensionless lately (both physically and figuratively). It seems like clothes are made for 2-dimensional cardboard cut-outs rather than 3-dimensional, living bodies. In general we are always seeking a balance between attraction and repulsion, decay and beauty.

AO: How much does intuition and how much does research play a role in the design process now?

BT: Everything starts with intuition, and that intuition informs the research. To be a good fashion designer, you have to have good intuition. You need more than logic and a good research practice, because fashion is so impulsive, often coming from a subconscious level – you need to be able tap into that stream. Actually, one of the main reasons that I wanted to work with Patric was that we were feeling the same impulse. His collections were becoming more romantic, and I’d just been on this kick about how we were due for a new romantic era.

BT: I love our trio because we are all distinct characters, but we work really well together and are so passionate about we do.

Patric will always be the foundation of Vaquera – which is a very strong foundation – as Patric birthed Vaquera from basically nothing and with no knowledge of sewing and patternmaking. David is very insightful, one of his main talents being the ability to imagine and construct both the most refined and nastiest pieces. Many people don’t even know I am part of Vaquera, because I am the type of girl who is hidden away, quietly and obsessively sewing in the dead of the night.

AO: Who are some NYC people that inspire Vaquera?

BT: I don’t really find much inspiration in people that are already idols. If you’re already an idol, that’s kind of boring to me – if it’s already done and done well, why would I want to try to redo or recapture it? Something that has already been mastered can’t go anywhere. I’m more inspired by everyday people who are coincidentally wearing amazing outfits. I live in Chinatown, and there is sooo much inspiration roaming the streets.

AO: One of the principles behind Vaquera is that fashion should be more inclusive. Yet the very notion of beauty and glamour is predicated on exclusion (if everyone is glamorous then no one is, etc). As designers how do you reconcile this paradox?

BT: We’re tired of that exact notion of glamour and exclusivity – there are way too many “well-dressed” New Yorkers, and it is boring. The battle for traditional beauty has been fought and won over and over again: it’s neverending, and it’s going no where.

More than anything, we are trying to encourage a new kind of glamour. I wouldn’t even say we’re necessarily trying to be more inclusive, it’s more that we oppose current fashion norms. Maybe a lot of what Vaquera is based on is what it is not: not about just one white European ideal of beauty, one conception of what a garment needs to be to look ‘fashion’. We rethink the ideals of fashion. I see this as the only satisfying way to pursue fashion in this day in age, when everything’s been done, and people are just doing the same things again and again.

AO: As a brand that borrows many of its concepts from art practice, what do you see as the appeal of working in fashion rather than fine art?

BT:In both fashion and art, you have the opportunity to voice your opinions and try to define who you are. For me, fashion is a better outlet because it is more public – everyone is involved in it every day. There is a good chance that what we do and make can actually trickle down into people’s lives, every day. What people wear is an expression of themselves, and it can impact mood and identity.

AO: Being able to engage in the contemporary art discourse depends so much on education, cultural and social heritage, and knowledge of art history and theory. Do you think fashion is a more democratic form of expression or not?

BT: Fashion is deceptively democratic because it’s public and people make choices about what to buy and wear regularly. However, fashion is generally ruled by big companies, brands, and tastemakers, and most people just have to work with what is available to them. That’s one of the saddest things about fashion right now – many people believe that they are very involved in something that they really have very little to do with, aside from spending and owning.

In the past, fashion could have been more of a personal expression, when many people has a hand in the design and tailoring of their garments, and had pride in their own clothes. Now, hardly anyone can sew, and most people buy cheap garments designed by some unknown person, manufactured by countless unknown people, and sold by a faceless company whose only goal is to get clothes in and out to make money. No one really has any investment, ownership, or pride in these objects – not even really the person that buys them.

It’s hard for people and labels to actually emerge and provide a new voice. It requires knowledge, education, and resources, just like contemporary art. The world is fucked.

AO: What do you look for in a garment?

BT: I want to have mixed feelings when looking at a garment. Flaws that emerge with beauty or beauty arising from flaws. Something that looks expensive because it is confusing. Something unintentionally poignant. Something that is self-aware: because whether it’s good or bad design, you will inevitably be reminded of the designer behind it.

AO: The question of privacy has become increasingly important in relation to the Internet, but we also navigate the privacy of our bodies every day with our clothes. As a designers what’s your take on the ways in which style can both create and destroy social and personal boundaries?

BT: Unfortunately, I think style probably creates boundaries more than it destroys them. In the case that you are destroying boundaries, you are probably catering to a group of people that agree with you anyway. You are potentially alienating yourself from everyone else, and they are potentially alienating themselves from you. Uniforms or acceptance of one another’s differences are the only real solutions.

AO: What is the place of criticism in the fashion world right now and do you see it changing in the future?

BT: I hate social media and mainstream media websites because they make everything so easily digestible and obvious, and that generally facilitates quick and effortless judgment: either <3 or hate. Even worse is that they are almost always positive. I think it’s because people are looking for affirmation and shares, and websites and online magazines don’t want to alienate with strong opinions. No one wants to cause a stir, but we need it. Criticism is essential for growth and improvement. It’s as if people just want to absorb, rather than think, and no one wants to explore things in depth or question things, even the things they may be supportive of. I hope that changes.

AO: Can you be more ‘naked’ with your clothes on?

BT: Style can be a window into how someone wants to be perceived, but I think people who appear truly comfortable in what they are wearing don’t appear “naked”. I think some people really can find a good balance of inner personality and outer representation. You stop questioning what they are wearing, and they just appear complete.

AO: What are your goals and fears in terms of expanding Vaquera?

BT: We would love Vaquera to be a sustainable project, to not have to work second jobs to keep it alive, and to broaden our reach – but this is also all terrifying, because one of the main things that makes Vaquera special is that it’s so small and unprofessional. We aren’t pandering to the masses, we do what we want, and we are literally pouring ourselves into this project.

Right now, it seems almost inevitable that you either sell out and survive, or you don’t, and you die out. As soon I start thinking how it would be nice to outsource and make some extra money to rent a studio, I realize we will lose part of the defiant, DIY attitude that makes Vaquera so strong. But there’s so much passion for this project within all of us, that I know we will make it work. 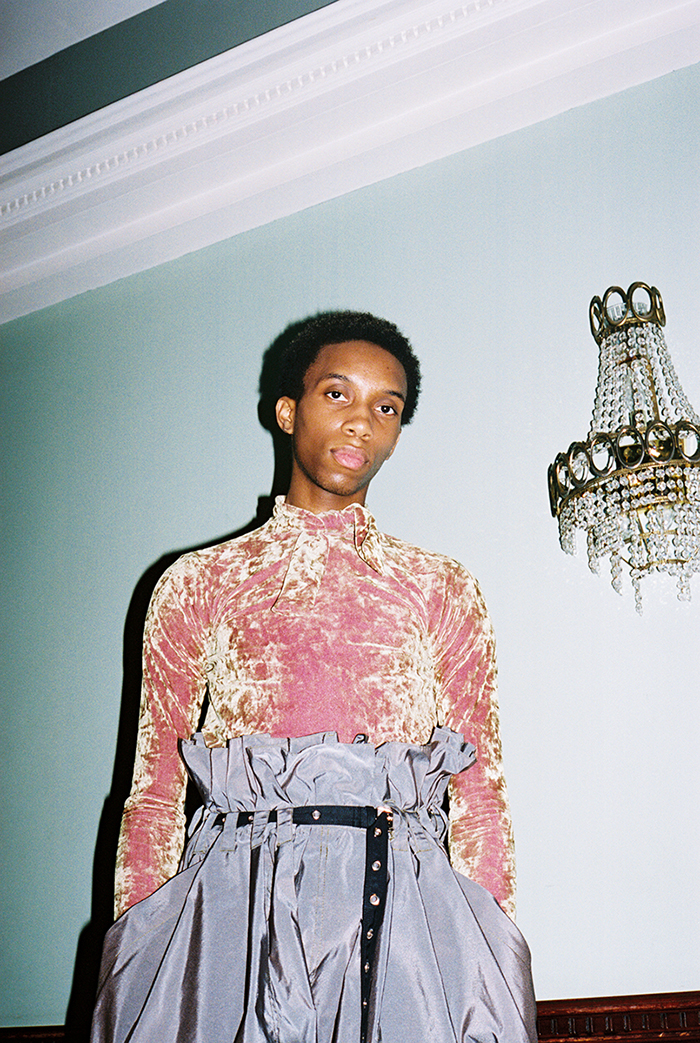 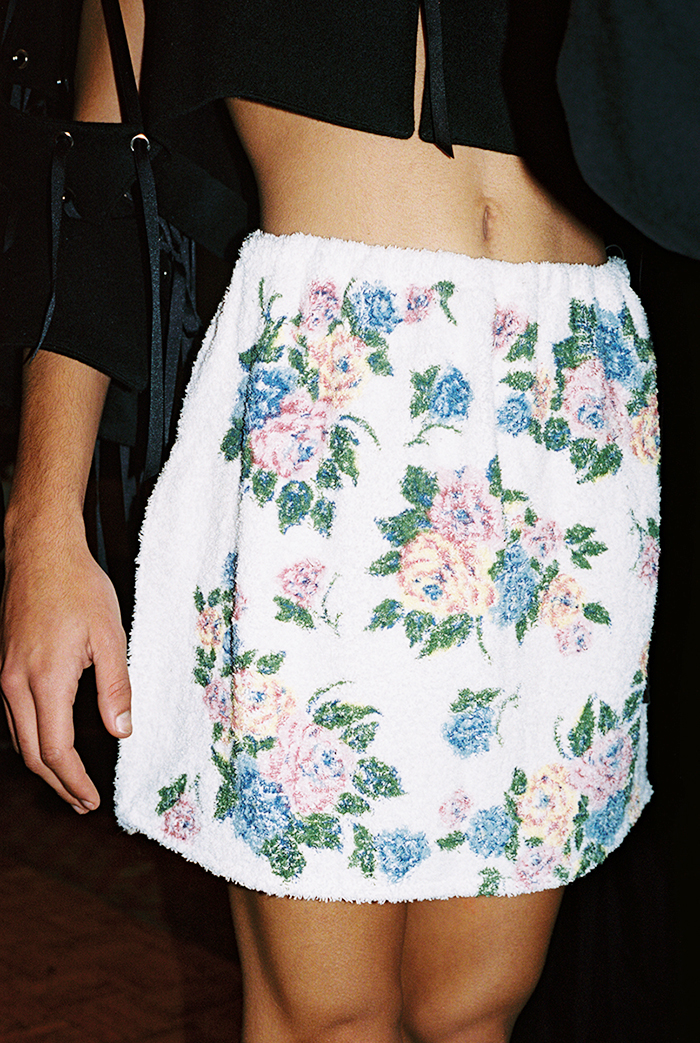 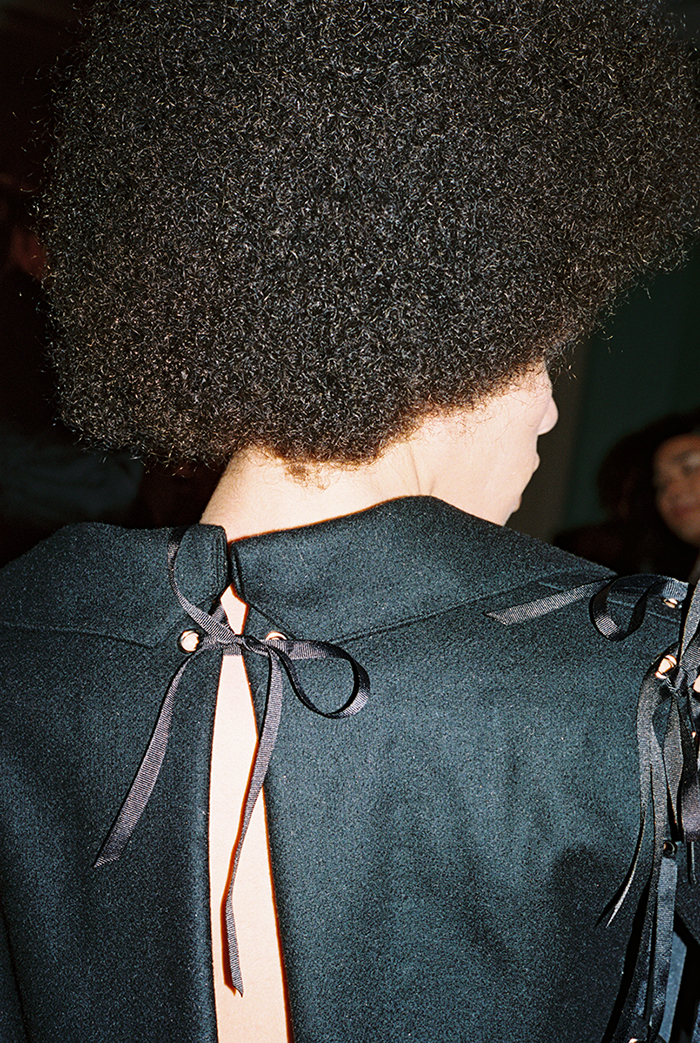 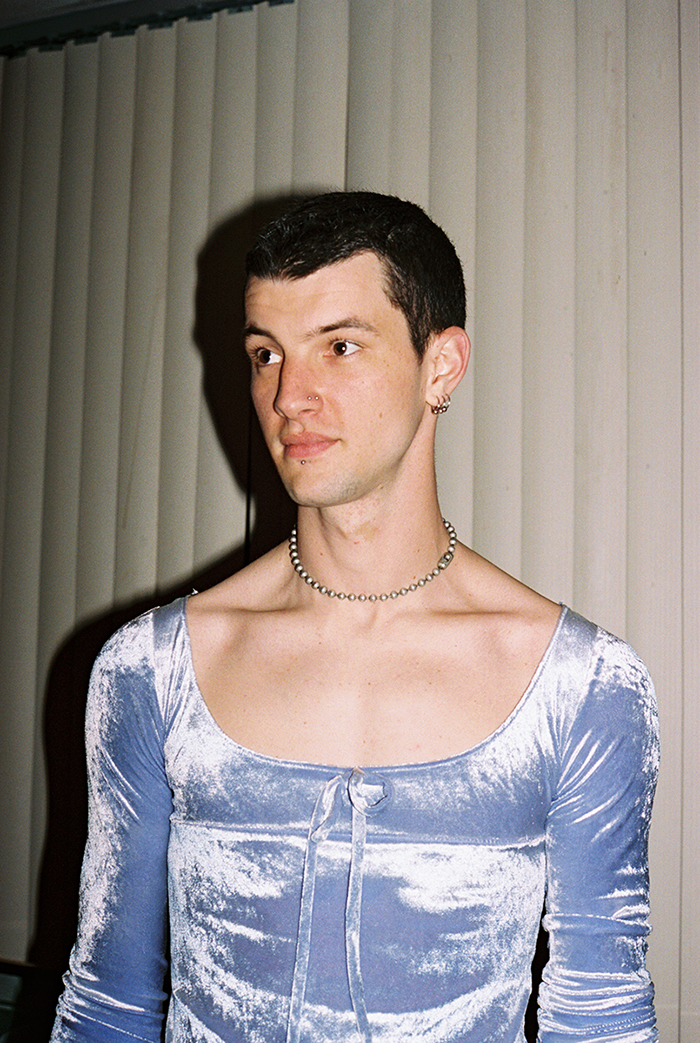 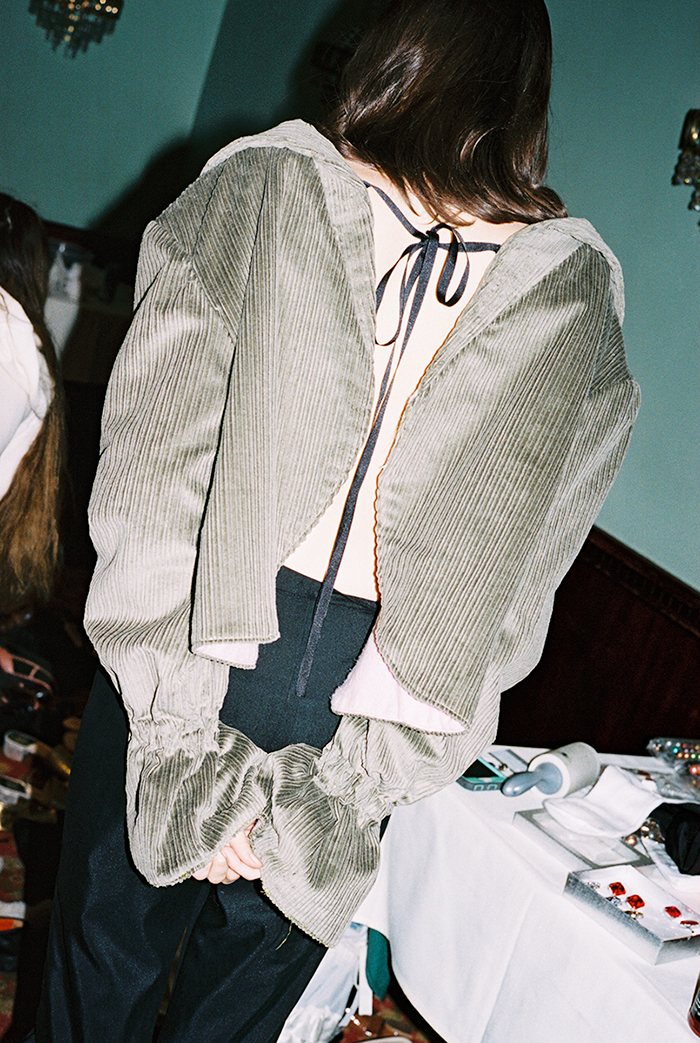 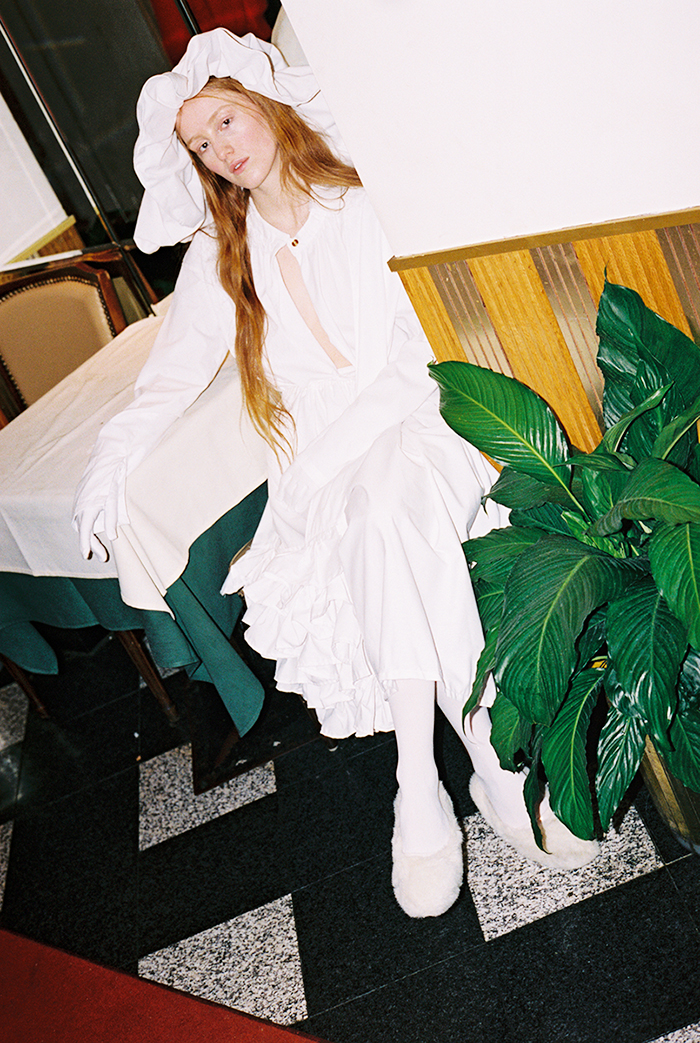 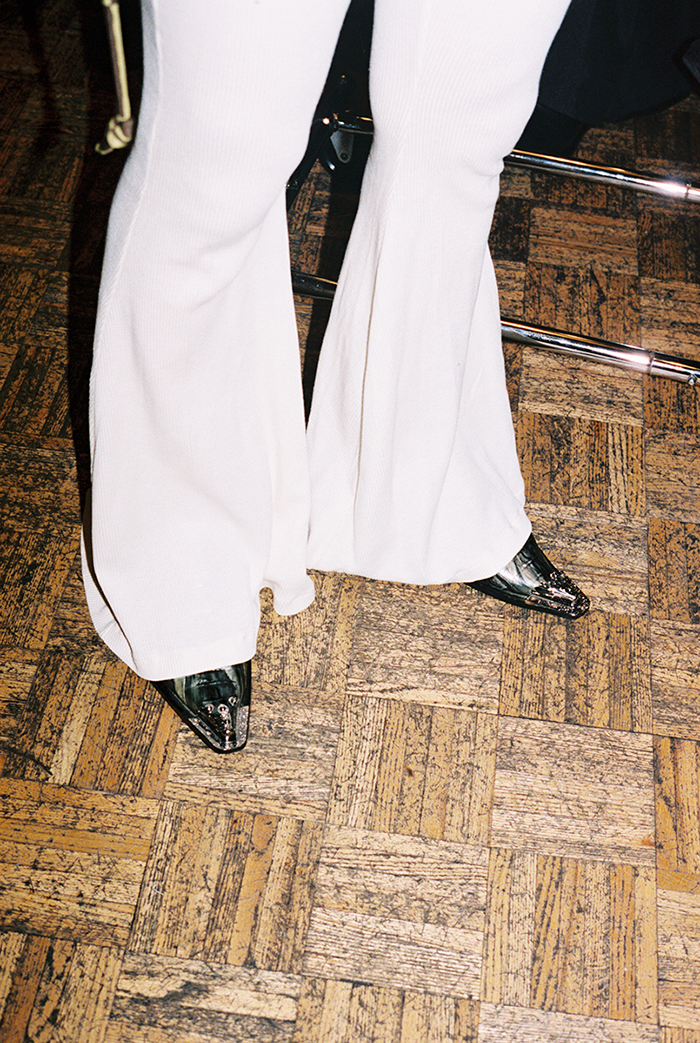 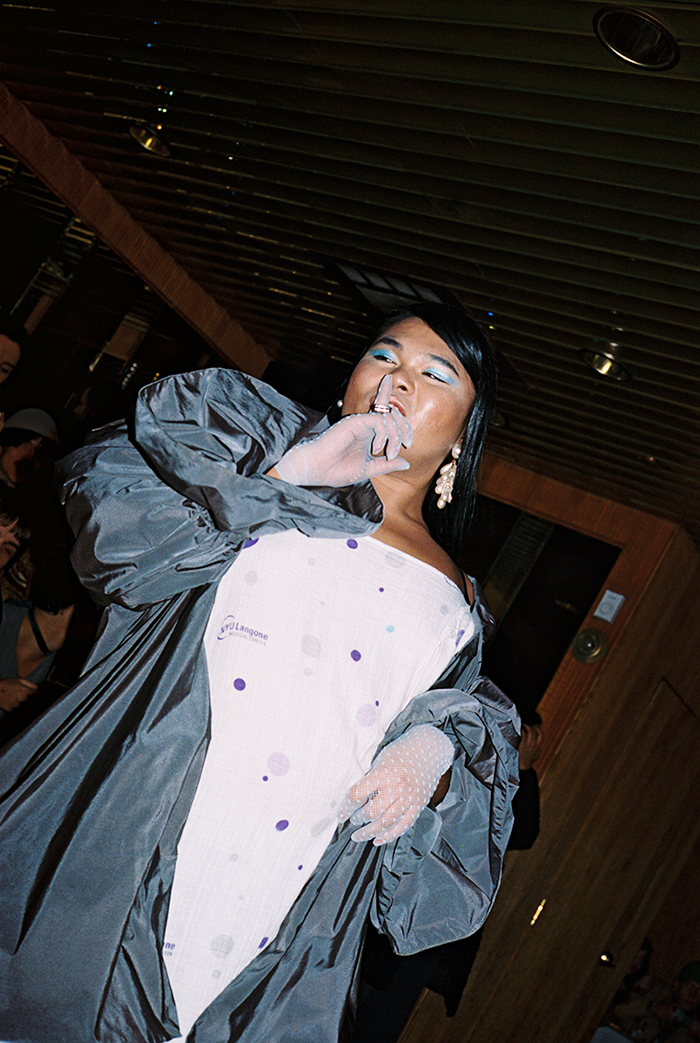 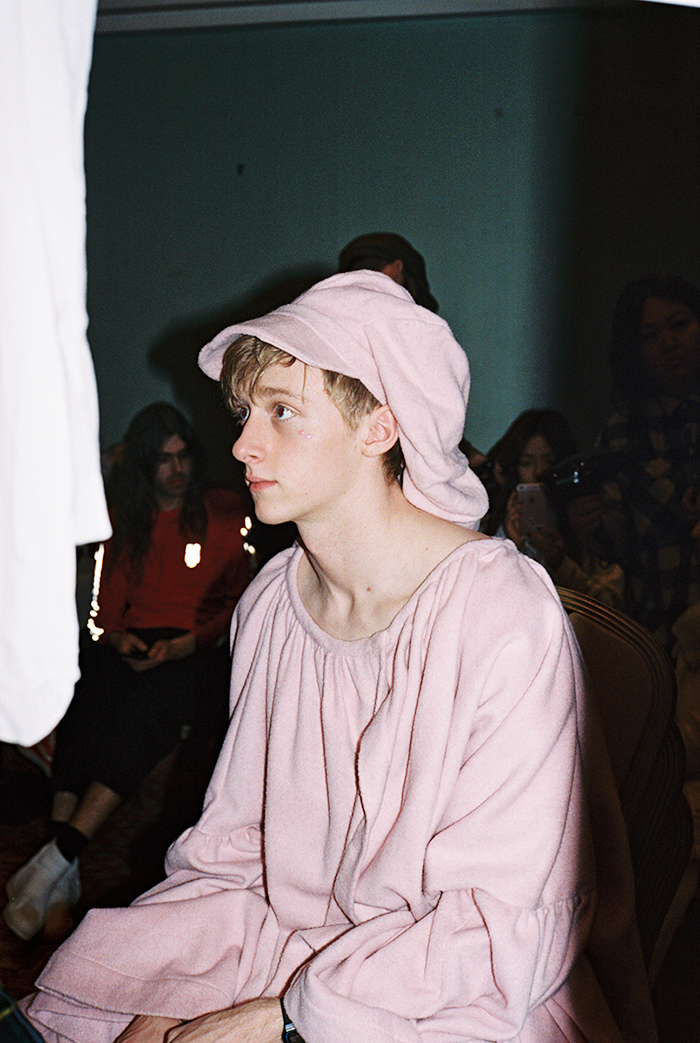 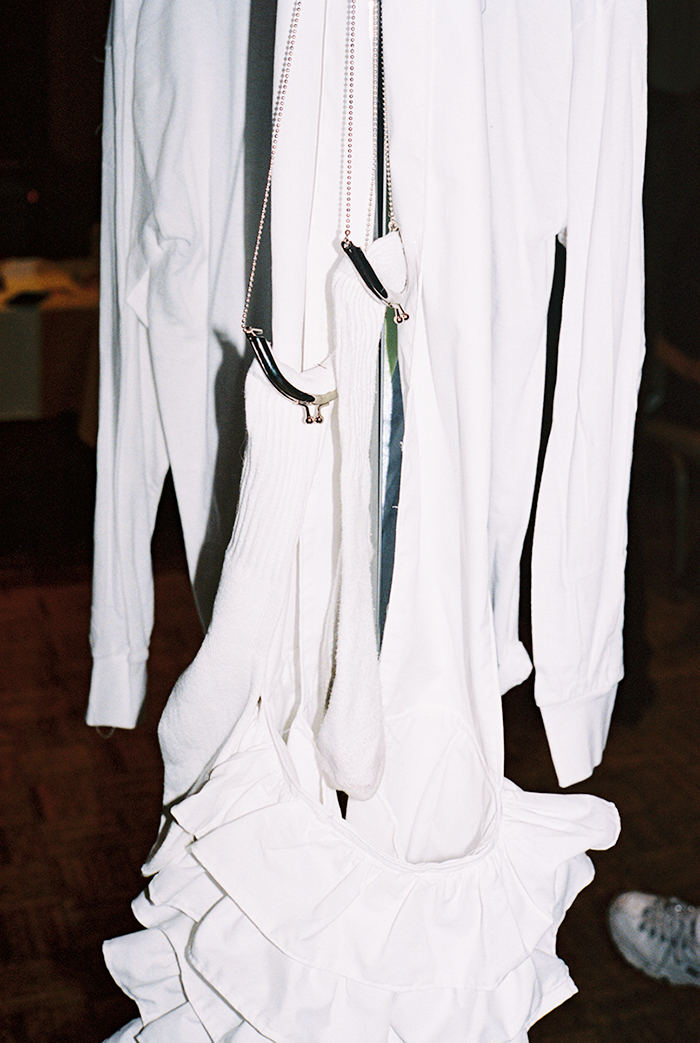 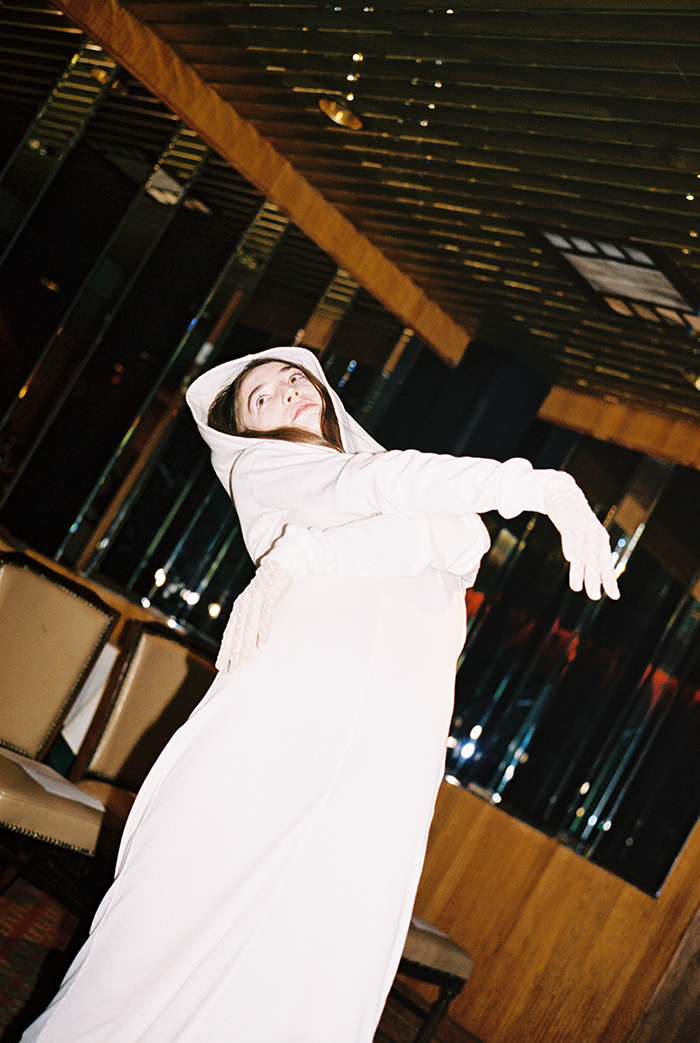 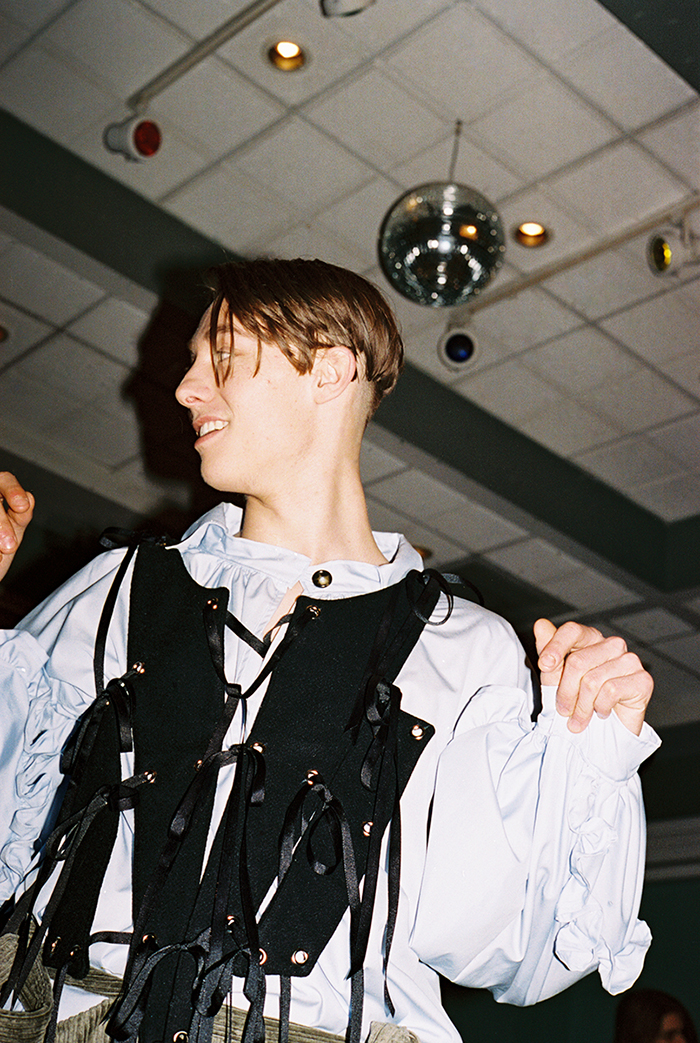 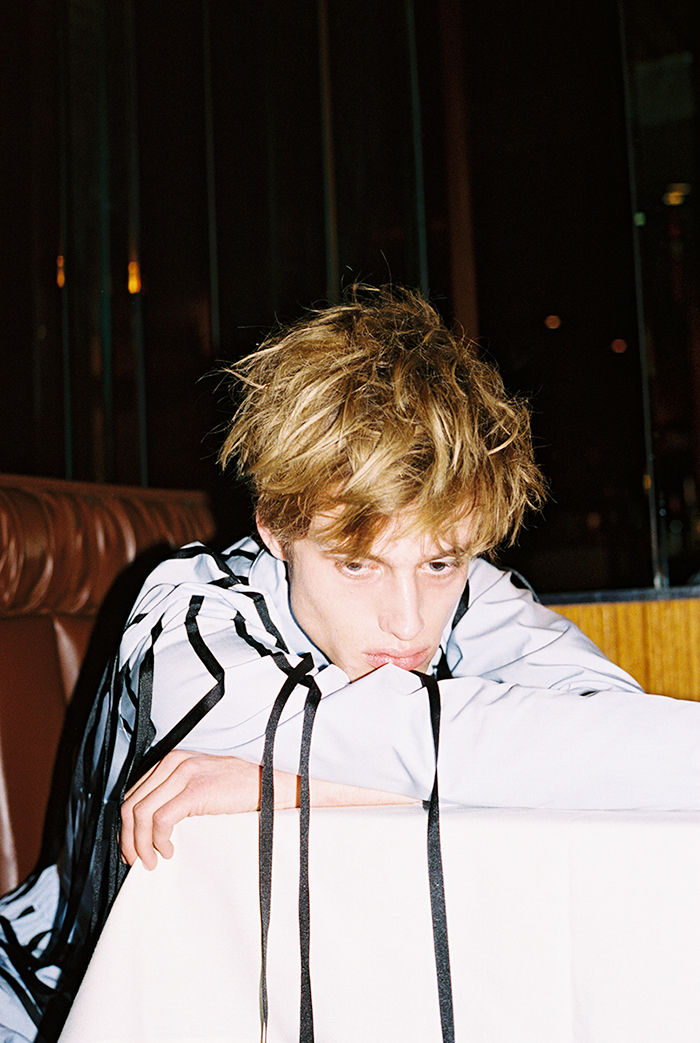 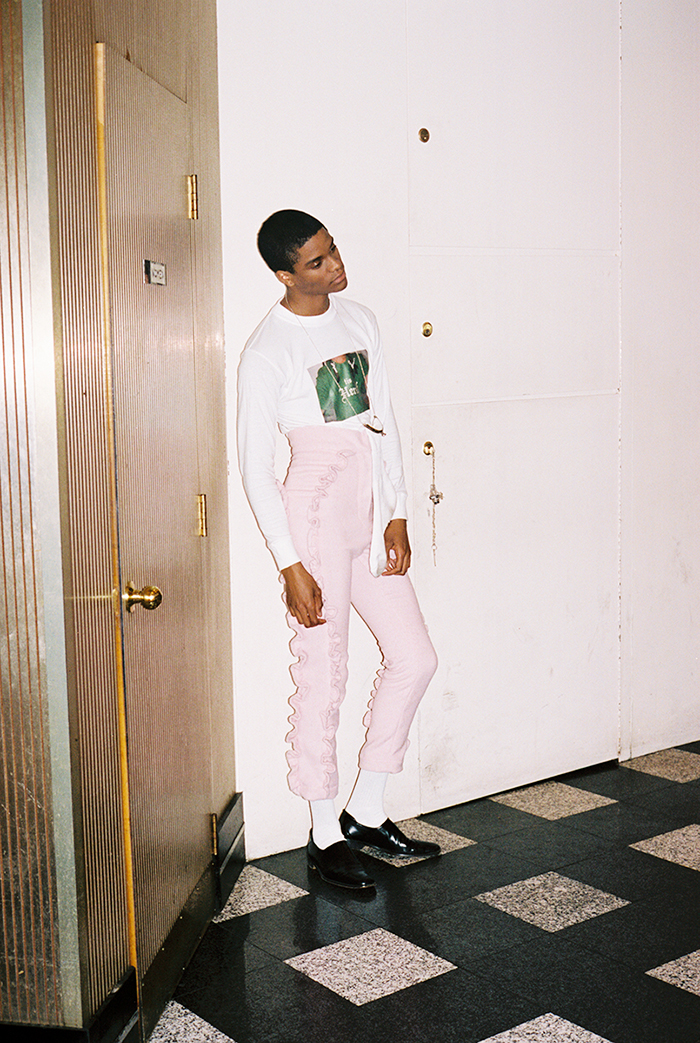 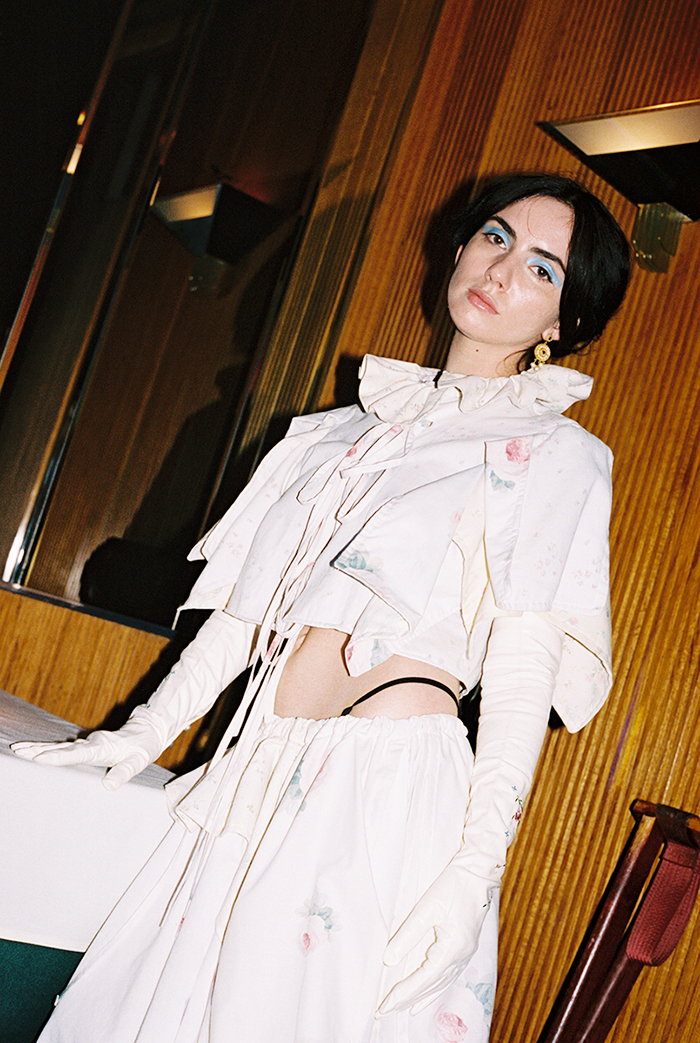 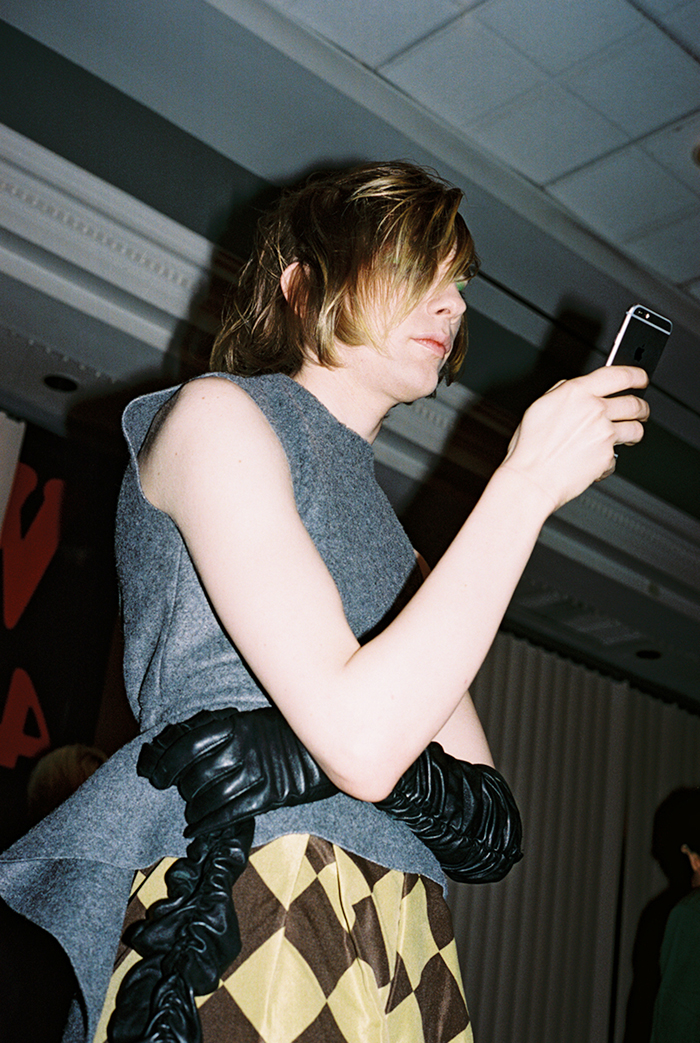 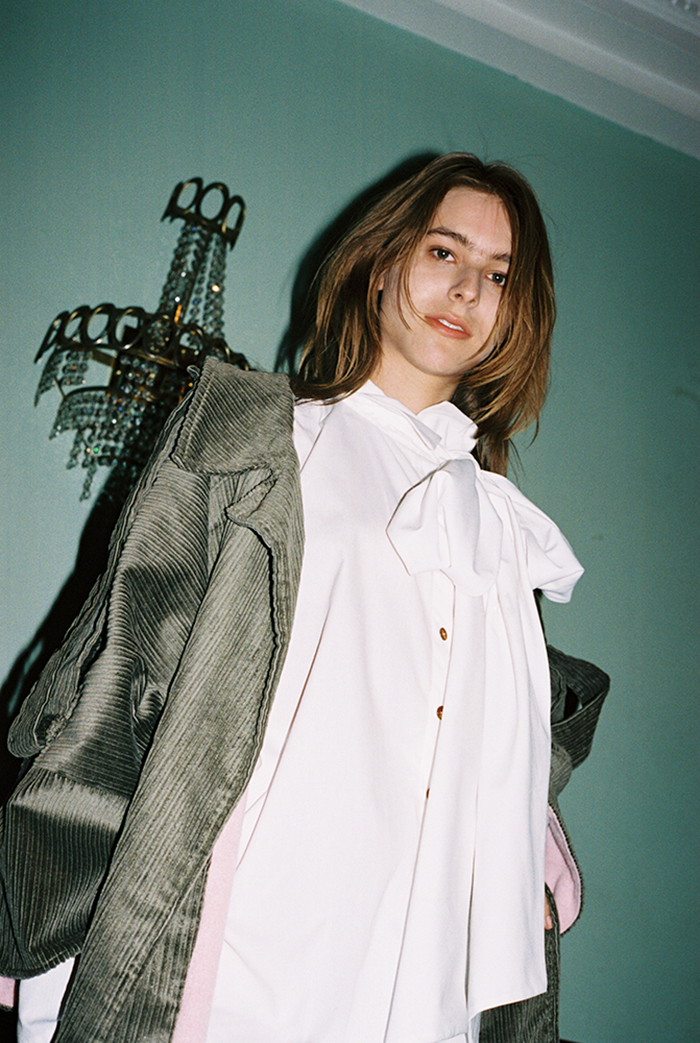 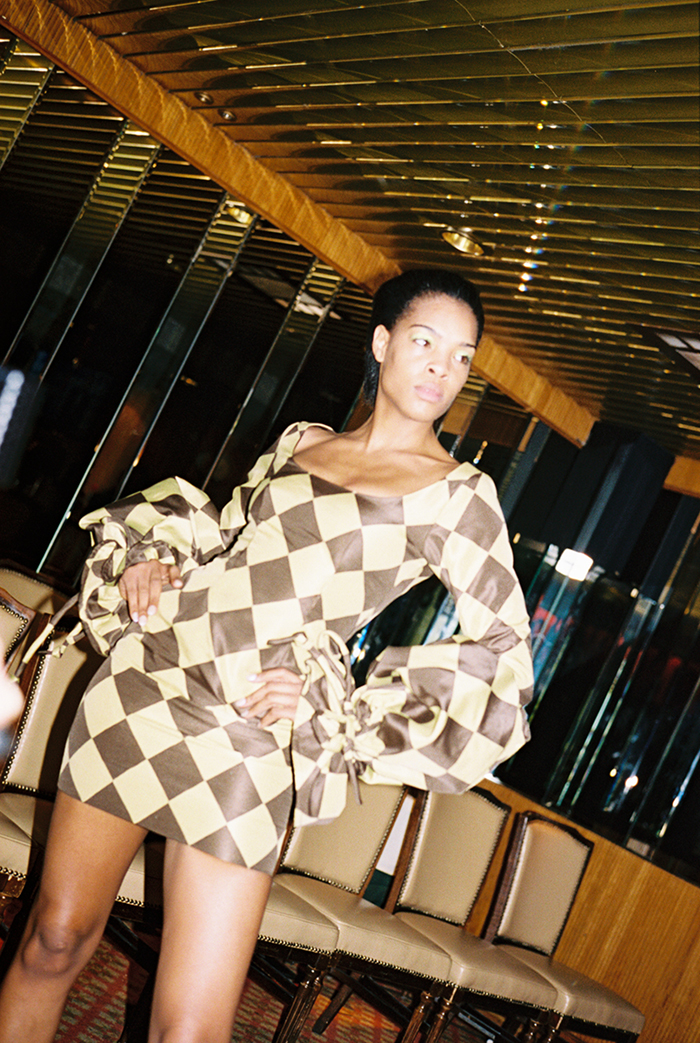 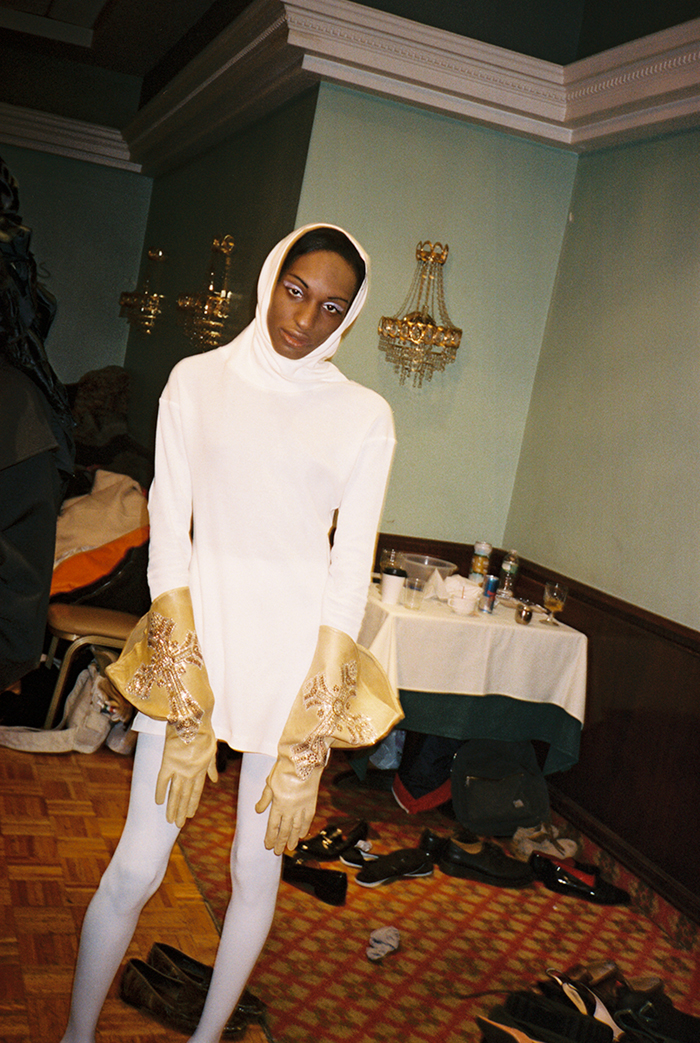