Introduction to Too Big To Scale 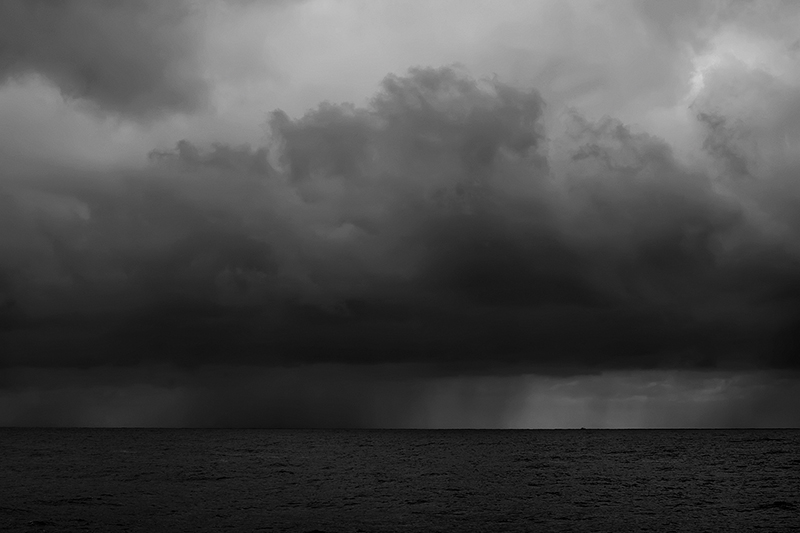 Too Big To Scale: Introducing the Data Issue

So called “big data” is a cringeworthy buzzword birthed from the loins of Silicon Valley and corporate board rooms. Yet the constellation of technologies to which it refers also presents a singular problem for contemporary theorists and practitioners across all fields. Since World War II, information theory has had many offspring, all of which share fundamental traits: that the composition of information must be binary, and thus digital, compressible, reversible, predictable, scalable, and measurable. What has been most urgent as of late is the development of critical theoretical positions that follow the spread of such platforms over society at large. Subjects are not just actors in a network, but also network architects themselves, both supplicator and designer in an increasingly automated sociality.

Important progress has been made toward the demystification of big data. In The Datalogical Turn, Patricia Clough, Karen Gregory, Josh Scannell, and Benjamin Haber argue that the deployment of comprehensive algorithmic architectures results in a new social condition in which “human beings are now walking sensor platforms generating indices of data,” a dynamic state of algorithmic self-sentience with which we have only recently begun to grapple. The keyword to be leveraged against the obscurantism of big data is the “datalogical”: a term that signals a paradigm shift in the field of sociology as it confronts the totalizing datafication of social life.

Making sense of art after the datalogical turn means coming to terms with a fundamental paradox. As increasing facets of human exchange and measurement become conjoined through ubiquitous and inexpensive storage methods, the privileges once granted to aesthetic discourse wither away. The critical apparatus that was inextricably linked with modernity—an institutionally authorized clergy trained to interpret art—has been overwhelmed. And not just flooded with a “new media” format, but more recently networked in such a way that has tested the fundamental assumptions of institutions, publics, and knowledge.

But are we merely living in a world of images? The regime of big data entails processes of total subject formation. Our ability to access cultural objects as nodes in networks—or as images on screens—is far from being the most revolutionary aspect of digital technology today. In the span of just a few years, the unimpeded exploration of “cyberspace” reared its ugly head as an impotent knockoff of old imperialist fantasies, a regurgitated metaphor from the bowels of modernity covered in the stench of utopianism. The “anonymous user” navigating the consumer web with impunity finds its fate in the dying gasp of primitive capital accumulation.

The Data Issue proposes that the most interesting things are happening off screen: in cables and wire, in climate-controlled data centers, in mySQL and at DLD, in Hadoop and MapReduce, and in the series of technologies that enable parallel processing: disparate and real time data joined together in planetary-scale computation.

“New media” and its new aesthetic has been discussed ad nauseam. Users were seduced by the screen, all the while engineers were designing architectures that had long ago foreclosed the facile distinction between online and offline, digital and corporeal, machine and craft, and so on.

For some this is still emancipatory: networks can thrash the institutions that failed us so dearly. But for others the algorithmic regime is something much more virulent than anything capitalism has ever produced, perhaps something altogether more strange. The entrenched relationship between monopolized networks and networked monopolies has created an economic landscape whose power is centralized and whose beating heart grows ever more opaque.

Ideologies used to have explicit fixations and institutions. But the presence of brutal information capitalism pervades us inside and out. It wakes us in the morning and feeds us at night. It sends us to the clinic and gets us to work. Meanwhile the old forms of resistance are frozen in technological obsolescence, petrified by the hyper-efficient Medusa’s gaze of disruptive innovation.

From all nodes in the network, from underseas cables to overseas data centers, from client to server and back again, one thing is clear: the datalogical mind is just beginning to take shape.

The Data Issue Table of Contents

2. Karen Gregory on mapping “Weird Solidarities” after the datalogical turn

4. In “Cults at Scale”, Kate Losse unveils the mystical corporate aesthetic at the heart of Silicon Valley

5. Josh Scannell analyzes the NYPD’s Domain Awareness System (DAS) in “What Can an Algorithm Do?”

8. Holly Herndon teams up with Hannes Grassegger to present a MIDI-eval mix

9. Rob Horning examines the uses and abuses of personal authenticity as a service

11. Fabian Bechtle ventures into the heart of a data destruction facility in “secret.service”

13. Simon Denny offers a world of surprises with “What’s in my DLD Bag?”

15. An exclusive interview with TCF by Alexander Iadarola

16. A round table discussion on Monegraph, blockchain-based ownership, and the status of the art object

18. Mat Dryhurst tests the limits of cloud-based sovereignty with SAGA

19. Yuri Pattison takes us to Snowden’s Hong Kong hotel room and back again

22. Francesco Spampinato on the psychedelic history of biometric tech