The Real Gatekeepers of Everywhere Fabulous

Corporatized party throwing is a protean art. Goodie bags are inconstant and signature cocktails ebb and flow like the tides. Tuesday’s paper lanterns might be magenta, and on Wednesday… purple. What every exclusive event has in common, however, is that if you wish to enter—YOU MUST BE ON THE LIST! Thus the door and its masters are the nonnegotiable (in more ways than one) elements of branded celebrations like the very ones that garnish the days and nights of NYFW. As we hurtle through this hallowed week, I am reminded of the fairer climes of South Beach and its storied cross-promotional fiestas. Two months ago during Art Basel Miami Beach, the artist Naomi Fisher and I went into the field to document the work of two account executives at Nadine Johnson & Associates, the original gangsters of haute security check-in theater and early adopters of its twenty-first century abacus, the iPad. 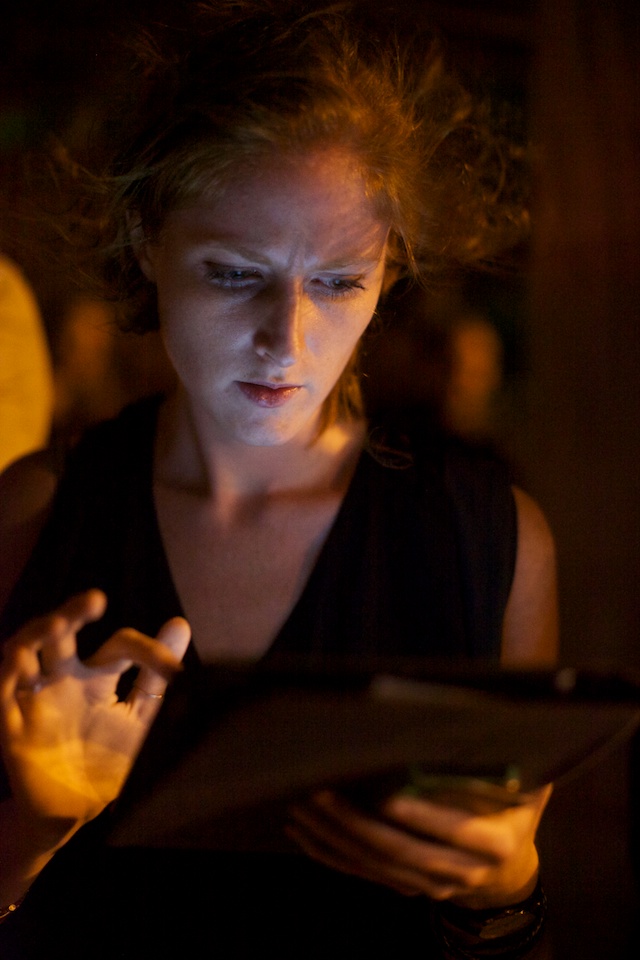 Kevin McGarry Was your first experience with an iPad professional?
Alix Dana Not really. I used my friend’s iPad in college to play Doodle Jump.

KM Do you use one at home?
AD Yes, I have an iPad Mini that I use for reading and keeping up on my HBO while I’m traveling.

KM What does that program you use to check people in actually do?
AD It lets you look up each guest individually by either first or last name, instead of having to hunt through a print-out. It syncs with the other iPads (which are connected wirelessly) and keeps record of how many / what percentage of people have checked in. It speeds up the process and reduces the possibility of security lapses.

KM Do you do anything to psychologically prepare for an intense event?
AD Not really. I wish there was some little robot mode I could go into, but haven’t perfected that yet. Though I guess I always have a backup phone charger as my emotional safety blanket.

KM What kind of persona do you try to maintain while you’re checking people in, or are you more or less being yourself?
AD I imagine myself as part sorority sister, part airport security, part brothel madam.

KM Are there any physically demanding aspects of running events like this?
AD I am cold-blooded and have terrible circulation, so standing outside for that long wears on me. It was insanely cold and windy at the Jeff Koons / Dom Perignon afterparty at the Wall in Miami a couple months ago, so around 2AM I took five minutes to warm-up behind check-in. Steve Tyler from Aerosmith caught me crouched up in a little shivering ball and purred at me, “I just wanted to say hello!” and scampered off. So that warmed me up a bit.

KM Is politely enforcing a list an inborn talent or something that can be taught?
AD It can be learned, sure—I was very nervous and hesitant my first few times, and there is definitely a certain etiquette that I picked up from watching more experienced co-workers. But if you’re painfully shy and/or somewhat gullible, this probably won’t be the job for you.

KM What is the best entry scheme you’ve heard?
AD Often we have a separate check-in for press. One guy said he was covering the event for The New York Times but he wasn’t on the list, so he gave me his business card and named the correct RSVP contact. We were about to say ok, but then I realized the ink on the card was smudged and the text was crooked—the card was definitely fake. That would have worked on a lot of PR people—the kid had done his homework.

KM What is the worst?
AD Recently, a really drunk guy who wasn’t on the list started shouting, “Oh, give me a break. I’ve been to the REAL Art Basel. Do you even know what that is?” He then dared me to name all the countries that border Switzerland – saying that if I couldn’t then I had to let him in.

Another guy in his 20s said he was David Yurman. When I looked at him quizzically, he said “You know, like THE David Yurman. Like the jewelry??”

KM What are your thoughts on the future of PR and Google Glass?
AD PR robots! 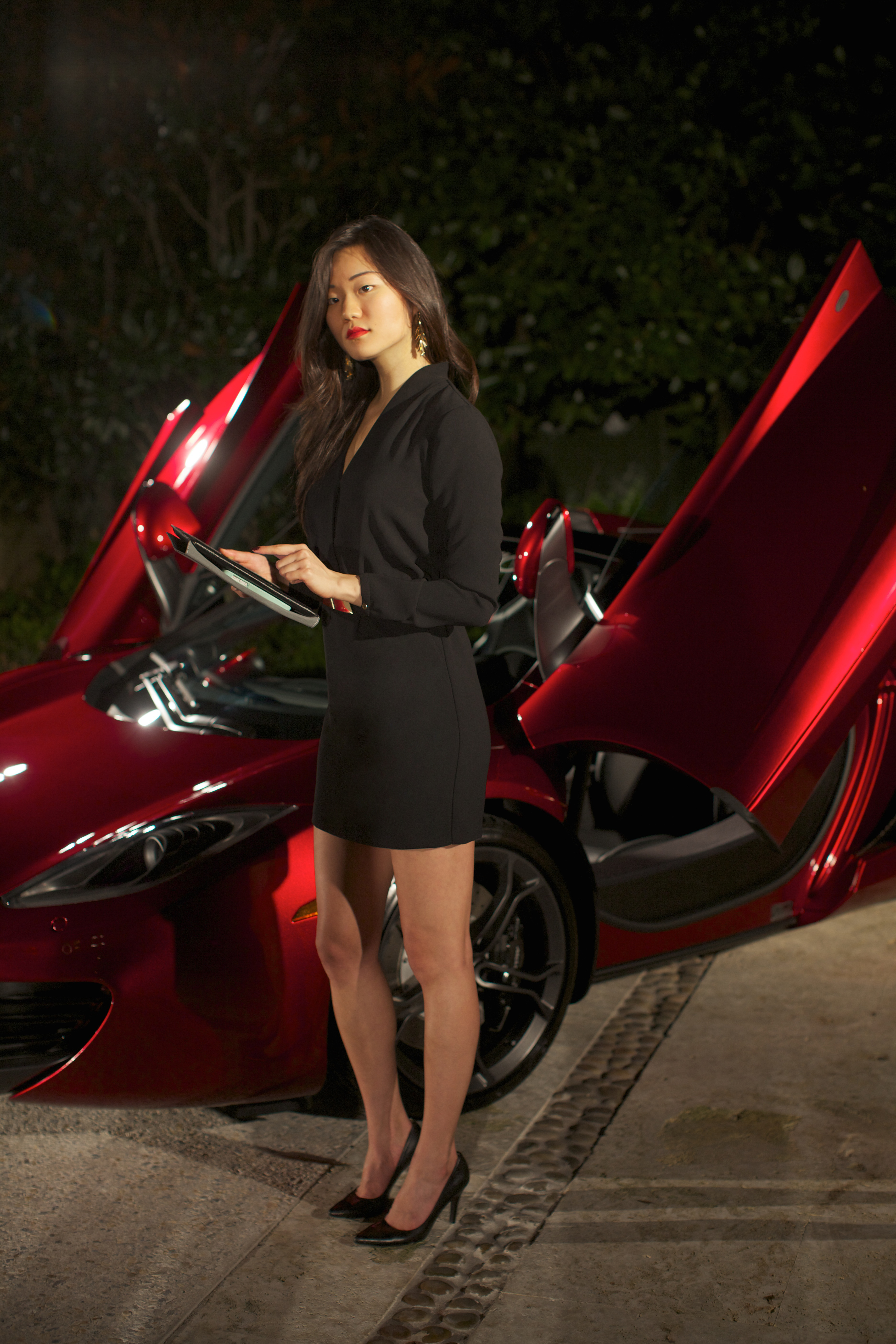 KM Do you use one at home?
EP Yes. Mostly to read, write, work and communicate when traveling – a happy medium between my phone and my laptop.

KM What does that program you use to check people in actually do?
EP It allows us to keep track of the guest list by marking those who have/haven’t arrived.

KM Do you do anything to psychologically prepare for an intense event?
EP Event days are generally busy with final preparation but in an ideal world, some yoga and a hot sake bath would be lovely…

KM What kind of persona do you try to maintain while you’re checking people in, or are you more or less being yourself?
EP I’m always polite, but when I’m working I tend to be more tolerant than I would be otherwise.

KM Are there any physically demanding aspects of running events like this?
EP It depends. What’s the weather forecast, how late were you up the night before, and how high are your heels?

KM Is politely enforcing a list an inborn talent or something that can be taught?
EP To say it requires talent is a stretch – but everyone has different personalities and some tend to be better at the “graceful but firm decline” than others.

KM What is the best entry scheme you’ve heard?
EP “I work for ‘xxxx’ – how can we work out a strategic partnership?”

KM What is the worst?
EP “Look at this picture of my daughter with Justin Bieber.”

KM Does an iPad convey authority?
EP Not authority, necessarily, but event guests generally understand that iPads signify check-in points or are held by those who might be able to better assist with event-related inquiries.

KM What are your thoughts on the future of PR and Google Glass?
EP Crashers will need to get a little more clever. Not that this works currently, but “I swear my name is ______ and no I don’t have my I.D.” isn’t going to cut it if we’re talking face recognition technology.