Is a Photograph Still an Index If It’s on the Internet? 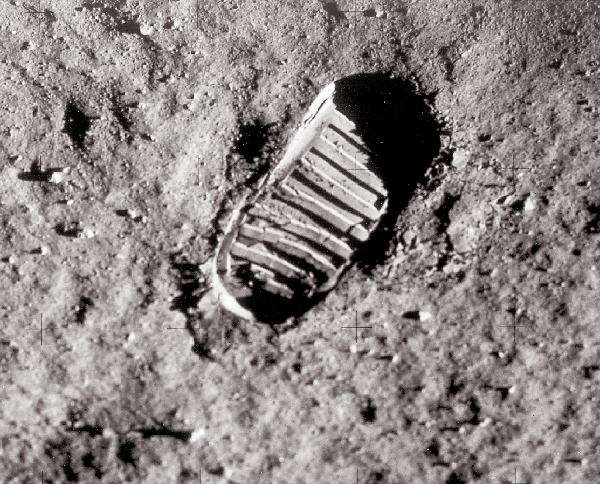 In his seminal text “Logic as Semiotic: The Theory of Signs,” C.S. Peirce defines an index as a category of sign that maintains a physical tie to its referent. To elucidate this characterization, Peirce gives a number of examples, including the following: “Photographs, especially instantaneous photographs, are very instructive because we know that they are in certain respects exactly like the objects that they represent.”1 This parenthetical reference to photography would later be seized upon by art historians, most famously by Rosalind Krauss in her canonical 1977 text “Notes on the Index,” as an ontological explanation of photographic images and concomitantly as a justification of their status as art.

However, as many have already noted, this once-privileged relationship between photography and indexicality has now arrived at an extremely fraught moment. The rise of digital technologies of reproduction has not only complicated the very applicability of the category of indexicality to photography, but has as a result retroactively obfuscated many of the theoretical constructs that initially posed an equation of photography and art on these grounds. It is important to remember here that photographic manipulation existed long before the digital, but the general conception of the medium during its first century and a half was nevertheless one of representational fidelity. This recent shift in both the technological constitution of the medium and simultaneously the public’s understanding of it has engendered a new – and hotly contested – series of questions: What relevance, if any, does this highly subjective and conditioned term hold today? How does photography continue to function as an art form in an age where indexicality has been negated as an ontological condition for its comprehension? And, what exactly does indexicality means in the context of photography today? Many would hold that the category of the index – like film – is circling obsolescence. I would like to propose that now, in the age of the Internet, when every image is inherently suspect as a trace of reality, this term that is so inextricable from the medium’s history necessarily retains relevance; but maybe not in the way we might think.

As myriad critics have pointed out, the application of Peirce’s term to photographic practice was inherently flawed from the outset because it in many ways amounts to an oversimplification. The index is merely one designation in Peirce’s extremely complex and nuanced semiotic system. Art historian François Brunet explains that Peirce invokes the example of a photograph only as “a pedagogical tool, ” useful to him “on the basis of its obviousness, rather than its intrinsic complexity.”2 Brunet goes on to remark that the scope of Peirce’s project was categorically rooted in semiotics, and not in aesthetics. He never attempted or intended to develop of any kind of theory of photography. It is further important to note that Peirce’s example of a photograph as a type of index is predicated on the mechanical conditions of its production. Plainly stated, a photograph is the direct imprint of light on a chemically sensitive surface. In his 1945 text “The Ontology of the Photographic Image,” Andre Bazin iterates the popular viewpoint that, “The objective nature of photography confers on it a quality of credibility absent from all other picture-making.”3 Even before the terms were defined as such, photography’s intrinsic indexicality was precisely what legitimated it as an art form and also what differentiated it from “traditional” art forms and their pursuant pictorial conventions.

On the flip side, from the time of its invention in the middle of the nineteenth century up until the 1970s when the earliest techniques of digital manipulation began to emerge, photography was widely considered a lesser art form than painting or sculpture precisely because of its inherently mechanical nature. Writing in the catalogue to his 1981 exhibition Before Photography, which provided a historical account of the photographic medium via important images, influential MoMA curator Peter Galassi explains, “Regarded essentially as a child of technical rather than aesthetic traditions, the [photographic] medium is inevitably considered an outsider, which proceeded to disrupt the course of painting. The extreme corollary of this conception is the notion that photography adopted (or usurped) the representational function of painting.”4 Photography, as art, was perceived as fundamentally inhibited in its representational capacity by its intrinsic indexicality, which negated the possibility of individual artistic subjectivity. Moreover, it was also perceived as having restricted painting, which could never represent reality better than a photograph.

The migration of the term ‘index’ into art critical discourse can, as previously suggested, be traced to Krauss’s “Notes on the Index.” Taking photography as a “functional model”5 in the essay, she identifies an indexical logic that “shapes the sensibility of a large number of contemporary artists” working in the 1970s.6 This not only serves to unite the disparate artistic production of that time, but also to position photography as a form of artistic expression equal to any other. It is important to recognize that in this context Krauss utilizes indexicality as a semiotic structure. That is, she deploys the term with the purpose of accomplishing a specific task, and not with the intention of defining universal principles. Nevertheless, the nimble and sound logic of this essay is seen as responsible for what many critics refer to as an “indexical vogue”7 in critical thinking on photography. By invoking the logic of the index, Krauss accomplishes the narrow task she set out for herself, but in an entirely conditioned manner. Now, more than thirty-five years later and in vastly different historical and ideological circumstances, it is perhaps more important to remember this – that Krauss’ purpose in using this term was as a unifying framework – rather than to dwell the specifics of its actual usage.

With the advent of digital technologies of reproduction, the model of indexicality as an ontological condition for photographic images, inherently flawed as it may be, loses functionality completely. Media theorist Fred Ritchin explains, “Photography in the digital environment involves the reconfiguration of the image into a mosaic of millions of changeable pixels, not a continuous tone imprint of visible reality.”8 No longer a literal trace, photographs are now inherently susceptible to manipulation. The emergence of this new paradigm of the digital without the total disappearance of the analogue necessitates a reconsideration of what indexicality might mean in this context. For one thing, it no longer is possible to read any photograph as an indexical register of reality, regardless of whether it actually is a faithful reproduction of reality, because the possibility now exists that it is not.

As an indication of the general confusion brought about by the passage into obsolescence of this equation of photography and indexicality, one needs only to look to The Art Seminar in Photography Theory, a 2005 conference organized by art historian James Elkins that brought together leading academics and practitioners in the field to debate and discuss critical issues surrounding current practice. The group spent the majority of their lengthy conversation fruitlessly debating the productive, or at times even the proper, application of the category of indexicality.9 Elkins subsequently solicited critical responses from thirty additional theorists and practitioners. Tellingly, Krauss entitled her remarks on the discussion “Notes on the Obtuse,” a sly reference to her 1977 essay and a pointed expression of her stance on the efficacy of the panel’s discussion. However, it was art historian Abigail Solomon-Godeau who most succinctly articulated the stakes of the debate, noting that “As the conversation on photography unfolds, indexicality seems to function as a discursive alias (or mask) for a debate that ultimately pivots on where to locate the “art” of photography.”10 Shifting focus away from plain semantics, Solomon-Godeau redirects importance to the question of the function of the critical category.

So, how does indexicality apply to photography in light of the digital? One answer, as articulated by Ritchin is that now “Art photography… will no longer draw much of its strength and context from a perception that it is inherently a comment on visible, verifiable realities, but will be come more easily to be seen, like painting, as synthetic, the outcome of an act from the artist’s imagination.”11 It is in this context, that indexicality derives its meaning as an aesthetic choice. Like the painter’s brushstroke, it provides a way for the artist to insist on his or her own unique subjectivity. Today art photographs can be seen as an index of a unique and subjective author—that which sat behind the lens (if there even is one), rather than in front of it. Likewise, the Internet has provided individual users with new ways of insisting on their own personal subjectivity through images. When we post an image on the Internet, we are not making claims to the authenticity of any given image, but rather leaving an index of our own digital presence, coded in concealed zeros and ones. Photographs, in their myriad forms, continue to be indexes of a sort, but not directly as we assumed in the past. This begs the question that maybe, in today’s context, the category that we should be spilling so much critical ink trying to redefine is that of photography itself.

Jaime Schwartz is a New York based critic and curator and is a co-operator of Court Square in Long Island City, NY.