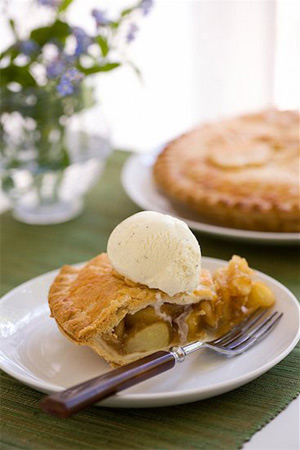 After work has become work. The succession of temporal activities and projects we engage with others—at the office, studio, opening reception, bar, and late-night afterwards—subsume increasing portions of everyday life.

This is nothing new, of course. Expanded job roles, multitasking, flex-time, freelancing, independent projects, side projects, etc. are categories we are used to, are handed to us, and we even prefer. It is part of a new profile, a new mode.

Curatorial and artistic production is now fully embedded in the advanced reticular social world and information economy that has come to characterize our post-Fordist condition. It demands new competency profiles for people to adapt to situations and connect with others, while valorizing narratives of self-management and flexibility. The development of new fields of activities for curators and artists reflects the demands of this contingent space of cultural production, giving rise to notional figures of the artist-curator or the curator-producer in art discourse.

While today’s curatorial practices reflect these shifts, especially as it moves away from the museum office to the freelancer’s laptop, these developments are due to the late adoption of production modes to negotiate this new set of social relations. This includes the professionalizing of once extracurricular curatorial activities inspired by artistic production and the institutionalization of these modes as part of the expanded (deterritorialized) field of curatorial practice.

If this sounds like new management rhetoric—well, it is. This time, it is the management mantra rooted in the demands of artistic critique for autonomy, cultural agency, and creative authenticity being reimported for curators and artists to deal with cultural production and market forces. Within curatorial practice, the call is to reconfigure the relationship between curator and artist to literally reflect and adopt the mode of the artist, such as procedural and experimental open-ended approaches, communicative media production, programmatic interventions, and the privileging of the immaterial over the object. In this way, the so-called performative curator enters into a “collaborative space of production” joining the artist.

In comparison, the concept of the curator as meta-artist over the last few decades was one oriented toward an older, naive model of artistic production—one defined by a space under constant threat of colonization by curators and other cultural agents. The “meta” designation was a curatorial masquerade. The specter of deterritorialzation and value crisis loomed. It was the post-modern hangover continued.

Attempts at identifying the figure of the curator/artist or vice-versa often reinforced traditional constructions of the artist and curator and extended the anxiety of its loss. It invoked the waywardness of curatorial “home-base” activities rooted in art-historical methods and museological legacies. Artists were casted as beholders of true creative production and authorial vision.

So how did the curatorial turn from practice to discourse lead to the factory floor, joining the ranks of the immaterial professional and the precarious worker? It is the reckoning of the knowledge-based economy coupled with the transformation of the space of curatorial production and its realities.

Jobs in institutions are few, insecure, and often non-transferable. Competition grows with every graduating class of curatorial studies students filling the ranks of museums and non-profits. Independent curating and work-for-hire situations are always steps away.

In many ways this is an important update to the status of the curator. Through protracted self-reflection it has arrived at its own reality by intention or by default. Perhaps curatorial practice is now able to identify and position itself in a broader field. In some way, the proximity of modes has been there for a while.

The emergence of the artist-curator (referred to sometimes as artist as meta-curator) in the 80s is not, however, symmetrical to that of the curator-artist. The latter represents an institutional initiative to integrate its value chain by adopting new production modes, while the former in a different power position sought to negotiate this development through critical intervention. For a brief moment, the artist whose practice had shifted from the production of objects to include immaterial and administrative activities, could take on the mode of the curator as a critical strategy. After initial traction, however, this critique was quickly appropriated by museums and institutions that were more than willing to stage its own critique on behalf of the artists.

Institutional curatorial practice may adopt the mode of the artist but does not necessarily inherit the agency for radical social and economic transformation native to artistic critique. It is to no surprise that, despite its progressive intentions to internally generate criticality, New Institutionalism for museums and curators reveals itself as a reflexive hall of mirrors that both confirms its own practice and neutralizes outside critique simultaneously. Institutions will continue to speculate on solutions for its self-producing crisis; curators will continue to perform it within the discursive space of exhibition making.

So what of the “nomadic, culturally foot-loose independent curator” that represents the possible other cultural agent in the field? Are they by default freelance extensions of institutions and their legitimizing power? Or are they poised to be part of the transformation of social relations in solidarity with the project of artistic critique? …

Howie Chen is a New York–based curator who is a co-founder of Dispatch, a curatorial production office. He is a member of New Humans and JEQU.