(Unequivocally me and you and the multitudes simultaneously.) 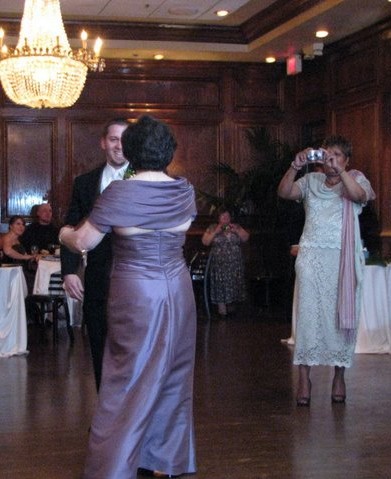 Recently at my sisters wedding, my aunt Geraldine wore a Jawbone brand bluetooth earpiece all day long. She wore it in the church, during the processional drive, and at the reception. She was business-borg.

“How could she wear that thing during the ceremony?”

The reactions to her persistence were rife subtle hostility. There were mumbles under breath and glances shared between judging parties. No one needed to say anything, the verdict was clear.

My family is obsessed with Facebook, Twitter, and YouTube. They enjoy blending their virtual (VR) and real-life (RL) experiences. By doing so, they are not escaping their real life (as assumed by some) but meaningfully connecting with one another in two or more realms. With increasing fluidity between these realms, why is it that people still consider a multi-modal existence to be illogical? This is not in question of the condemnation of individuals who use multiple communication channels in ways that may cause physical harm (while driving), a decrease in efficiency (while purchasing), or spoil recreation (while watching a performance). Rather, this is in question of the hesitancy to accept others who are able to utilize technology to enhance their being here.

The most often evoked argument is, only one person can talk at a time, and the person talking should not be interrupted.

In spoken conversation this rule is important as multiple sound waves entering both ear canals simultaneously can become dissonant and distracting to the speaker. With multiple channels of communication however, subtexts and subtexts of subtexts can be initiated, bringing the multi-threaded quality of hypertext to real-time communication.

It is clear that the technologies that drive remote conversation are becoming more inconspicuous. We may soon live in a reality where it is impossible to tell if you are speaking with someone who is also speaking to someone else.

Another rule often said with wagging fingers at wandering eyes is, the speaker deserves your full and undivided attention.”

However, this too deserves to be questioned. I see no reason to pay 100% attention to someone who is delivering 90% casual conversation. Personally, I find it rude to watch someone suffer the discomfort of talking about the weather. So why not choose to feed our context with supplemental information? We do it all the time when we refer to our personal online experiences in real life. It isn’t much of a leap to share, review, or research both our real world and virtual conversations in increasingly shorter spans of time.

A mentor of mine once noted that a major benefit of multi-channel communication is the loudest voice doesn’t always get the most attention. In web video it becomes poignantly clear that minor yet exacting juxtapositions garner the most praise. In the expansion of the genre established by America’s Funniest Home Videos, YouTube easily sees poorly produced videos of incredible specificity skyrocket past big budget productions with little to say. Online, insight travels fast and is easy to reference. As a result, beings with declaration stand out against the boisterous and uninformative bots.

The existing rules of courtesy are too inflexible for our information-driven situation. These catch all rules invented for a slow world. It is becoming increasingly possible to participate in virtual forums and marketplaces without great expense.Over our phones, PDAs, and text pagers, we can manage finances, share stories, chat in forums, and in some cases share multimedia. The world is talking with disregard to space and time and at a very low price. Any significant conversation makes good use of this opportunity.

I was most interested in speaking with the children present during the ceremony. There were two young people in particular that garnered most of my attention. Lets call the girl «Zia» (Age 6) and the boy «Phil» (Age 5). Both children spoke enthusiastically about their experiences in video games and their lack of influence over the rules. They both imagined incredible ways of overcoming their virtual obstacles outside of the rules defined by the game. At the same time, they spoke of their real world lives as being filled with rules that also needed to be incredibly circumvented. It was as if in both realms they felt rules were to be circumvented by any means in the context of extreme possibility. Both would switch between VR and RL indicators, speaking of virtual things expressed with a real embodiment and real things expressed with a virtual embodiment. 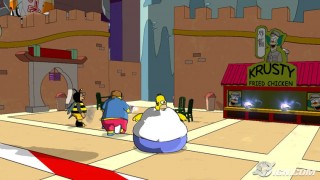 On the shuttle ride to the reception Phil told knock-knock jokes and spoke childishly while his parents were watching. He posed politely, putting on a callow drag. When his parents were distracted he told me about his adventures in the Simpson’s game. How Bart said the word ‘hell’, Homer drinks beer and belches, and other gross challenges he’s encountered—all of which I had to keep a secret. Sometimes he was referring to Homer or Bart as the character in the game, other times referring to himself, all in a stream of poop jokes about the Presidents bundled in subtle commentary about his parents’ rules. Every once in a while I would get lost in his references and have to ask whether he was referring to himself, Homer, Bart, or George Washington. He would patronizingly respond as if I should get with it already. 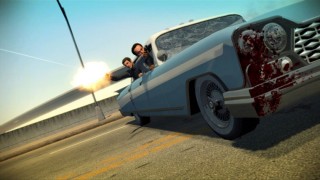 Zia, coming from a more liberal background was allowed more mature experiences, namely video games with graphic violence. She said her favorite game was the Godfather Series on PlayStation. She described to me the rush from killing a person in a robbery and the permanence of her actions. “Boom, and he was gone,” she described with a thrilling note of remorse and profundity. The experiences she described had a very intense and unfortunate parallel to a situation she had to endure. It felt very conscious to hear her talk so candidly about the ephemeral nature of real and virtual life. I am unsure if she was cognizant of using VR as a way to talk about deeper questions in her RL or if this was a coincidence. Either way, I was not ready to talk with her on that level.

These two children are afforded a detailed hyper-reality to play in. Their VR is much better simulated than the video games I used to play as a child. As a result, more sophisticated narratives and more complex problem solving afford more entangled commentaries on reality. Thus making it possible to refer to experiences from ‘there’ with a similar labyrinthian language of experiences from ‘here.’ Very complicated notions of possibility and impossibility are now being processed in responsive virtual simulation. These children are encountering virtual realities that are being built to feel like reality with almost equally dynamic rule sets in tow. Where the trend used to be simulation toward a convincing experience, these youth seem to be asking for unrestrained fantasy. A virtual reality without rules.

If in the future these children engineer a semi-lawless non-simulated VR, then RL will most certainly change in the process.

The expertise of being seamless 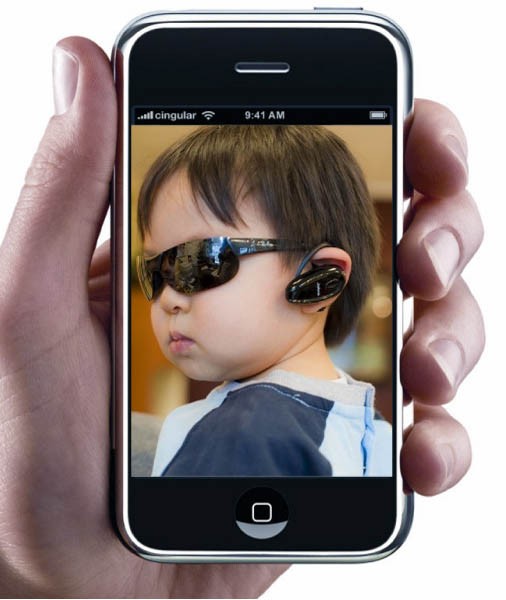 I felt refreshed by my aunt’s connectivity during a traditional and sentimental ceremony. Important moments in all of her realms were too important to be missed. (Stocks are optimal for buying right now and black women with strong portfolios are a rarity.) Who wouldn’t leverage every moment as a opportunity to celebrate the joys of life and finance? What I found most admirable was her ability to confidently exist in multiple dimensions and handle adroitly the cacophony of being «right now».

It reminds me of a scene in an old 30 Rock episode, Jack Donoughy is holding a double conversation with Liz Lemon and someone else on the phone. The fluidity of their conversation is highly articulated as it is real life, compressed. It takes a very smart person to be able to  compress two conversations together, not unlike cell phone packet switching or data compression where long sets of similar characters are able to be replaced by a much shorter string of characters and message chunks are sent and received only when needed. This type of asynchronous conversation should not be entirely unfamiliar to anyone who has ever sent and received multiple text messages at one time to multiple people. The difference here is being able to respond appropriately in real-time to multiple requests with a single seductive answer.

A common scenario is someone walking down the street fully interacting with their phone and the world around them. They have a steady stream of data in one ear while the other captures RL ambiance. Simultaneously, the eyes and limbs navigate real space while manipulating visual data in virtual space. The brain in its modularity doesn’t break down functionally, but adapts, thankfully. My aunt can walk, talk, type and surf with grace. This reminds me of my mother’s ability to run full speed in high heels to catch the local bus in the morning.

Multi-modal devices make it easier for us to communicate with one another, but they do not make it easier to parse the torrent of information coming down the pipeline. It takes dedication to form this skill. I would like to believe that my aunt is choosing to complexify her daily narrative by actively participating in a larger discourse. She is perma-connected via her smart-phone and in the process is helping to redefine the rules of conventional ways of being. I understand her need to be connected to a world discourse as a sign of a commercially pervasive multi-modal existence to come.