Mark Dion | Trash on the Beach 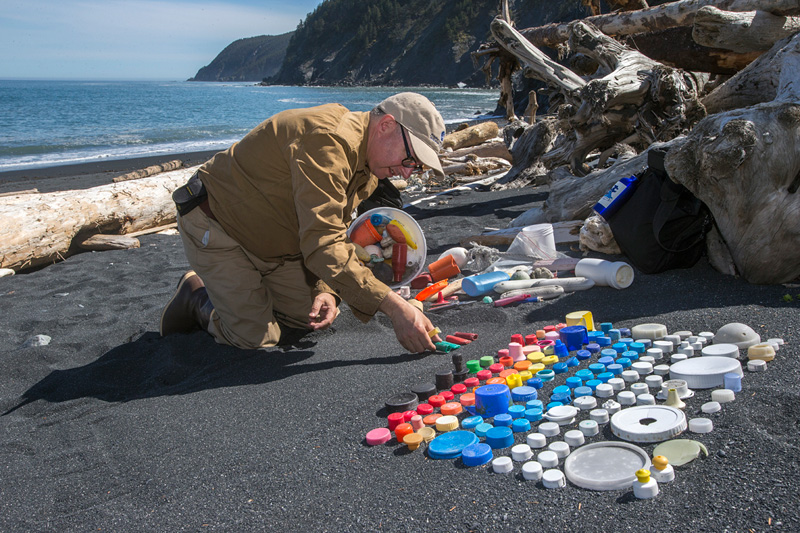 This past summer, the artist Mark Dion joined an expedition of scientists and artists, traveling 450 nautical miles along the Alaskan coastline to inspect the buildup of marine debris ejected from the great gyres, or currents, in the Pacific Ocean. Here he responds to questions about the role of art in processing the effects of global capitalism and the trash it piles up.

Sarah Lookofsky There you were with a bunch of climate scientists on Alaska’s coasts inspecting where all this plastic detritus returns to land. How did you think of the role of the visual artist in this expedition? Is the role of the artist to be a kind of visual public relations figure who translates the findings of the scientists into a language that the layperson can digest—or is the artist’s role rather to produce something more impressionistic?

Mark Dion I don’t imagine the field of contemporary visual art would be a particularly suitable place to look to for scientific illustration. It really does not speak in an uncomplicated and clear and concise way. Even my work, which does attempt to meet a non-art viewer halfway has a voice which is complex and not literal or straightforward. Science is very good at telling us how things work and what things are, but art can put those facts into a context, which is social, historical, and even subjective. Science tells us what things are, but art can express how we as a society and as individuals feel about that. This is far from an uncomplicated form of communication; it can express ambiance and contradictions, melancholy, and a range of very sophisticated human experiences. 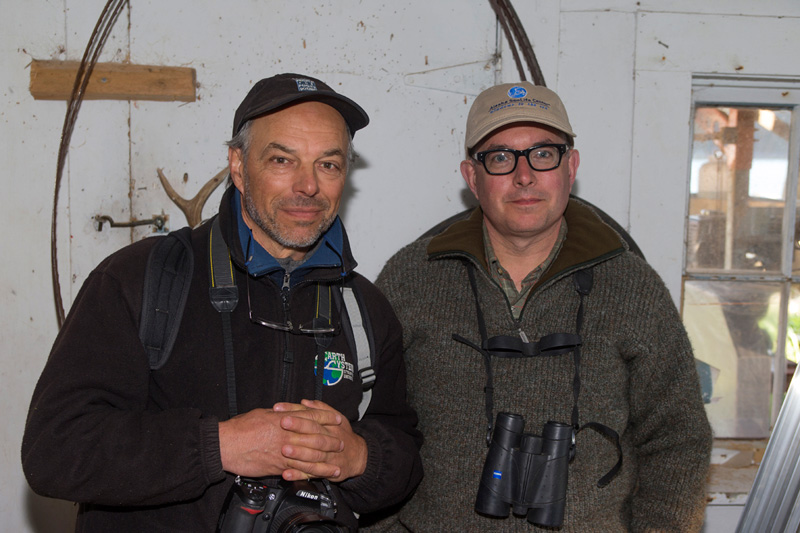 SL Can you give a breakdown of the kinds of things you were uncovering off the coasts of Alaska? Did the flotsam produce a cohesive shadow image of our contemporary society and its material production?

MD There were a number of surprises in terms of what we found and what the other beach debris experts reported to us. While there was ample amounts of consumer trash one might expect, like water bottles, toys, laundry soap containers, the vast amount of stuff, say 70 to 80 percent of the flotsam, was from marine industries, mostly industrial fishing. This is particularly nasty since that material is engineered to capture animals, and it continues to do so even when it is no longer in use.

SL There is a poignant moment in Allan Sekula and Noël Burch’s recent film, The Forgotten Space (which is about the central, yet mostly overlooked, role of the sea in the production and consumption flows of contemporary capitalism), where you see the making of a plastic coffee maker in a factory. The narrator notes that consumables now match wealth stratification: expensive, luxury products for the rich and cheap, throwaway stuff for the poor; gone are the things that were made well and moderately priced. Does this match the description of the stuff you found?

MD I think our experience dovetails with Alan’s view of the sea as the most unregulated and therefore wild site of capitalism. The sea is global capital’s wild west and places like we visited are it’s Boot Hill. From Venice beach, Waikiki, Cape Cod or Daytona, one would never sense the extent to which the ocean continues to be our rubbish disposal. These places are cleaned almost each and every day. However the accumulation in places which have no Chamber of Commerce, Boy Scout troops, or Community Service industry is astounding. it is imaginable that the entire shore of these sites will become buried under mountains of disposable goods and fishing gear.

SL There is a real megalomania in the artworld right now. Gigantic installations made to fill humungous art spaces. Most artistic production, mirroring everyday consumption, entails a total disavowal of the fact that there is a climate crisis. I wonder how you reconcile artistic production with the pileup of detritus that is a central piece of the ecological catastrophe the world is now facing?

MD We certainly seem like we are in the midst of art making in the time of spectacle. Perhaps if things are made to be large, it seems to justify the absurdly inflated prices. It is hard to say. There has not been a particularly strong stand on the streets of Chelsea or on Museum mile for art which engages ecological issues (or social issues in general for that matter). A distinct and sizable community of artists, who employ a wide and diverse set methodologies and tactics and care about environmental issues, does exist. Some of them are activist artists, some are inventors and technologists, some are painters or photographers, and some of them are keen to explore the history of ideas, which brought us to this place. I think it takes all types and a variety of strategies to conceptually tackle some of these issues. I have very little hope that much of this activity will take place in the art fairs, auction houses and glossy magazines.

For myself, I produce work with lots of things, mountains of material culture, because this is clearly something which is distinct to our time. Never has there been a global culture, which has made so much and cared so little for it. In my works that discuss the field of archaeology, it is important for me to make certain that the viewer discovers themselves in the continuity of history. That mirror often takes the form of plastic bottle caps, or some other emblem of our throw-away world. 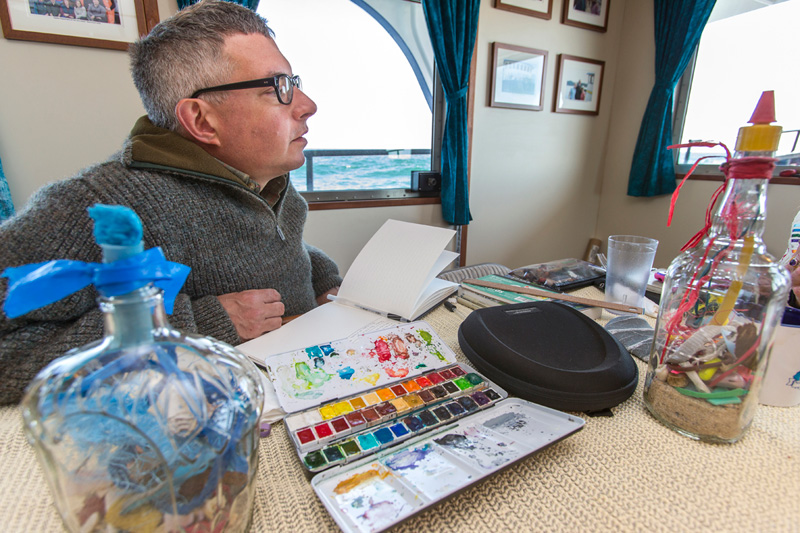 SL Curbing, or even significantly slowing, global warming seems an almost insurmountable task. On the one hand, awareness of global warming seems to have been primarily transmuted into an alternative kind of consumerism, with locally-sourced and green products, etc. This doesn’t really change the fact that the world’s growing population produces and consumes too much. On the other hand, it will obviously take a consolidated effort and long-term planning to address the crisis. This protracted timeline seems to be at odds with the contemporary attention spans that match viral news flows and gadgetry fads. What are your thoughts on the feasibility of implementing an environmental response plan given these conditions?

MD I have had it with changing light bulbs, recycling newspaper and not washing hotel towels as global panaceas. How about some fucking leadership? How about some resistance to the juggernaut of global capital? I don’t see it. I am pessimistic and can only imagine the world hurtling toward disaster and becoming a place of less wonder, less diversity (biological and cultural) and greater inequality and conformity. I am not the artist to turn to for answers about how to fix things. I am the guy you call when you want to know how bad things are and how we got here. That’s my job, to chronicle disaster.

Sarah Lookofsky is a historian, curator and critic for the arts.
All images courtesy of Kip Evans.
Video courtesy of The Alaska Sealife Center, Anchorage Museum and National Geographic. Directed by JJ Kelley.
"Disillusioned" is a section of DIS Magazine that takes on art and art-related matter that aims to disentangle and dissect how the practices of art might relate to other spheres of production. This partially involves dissolving old assumptions about the aesthetic disciplines, such as discernment, distinction, and disinterestedness, but it will also address how new modes dissolve old forms, allowing for new mechanisms of dispersal, distribution and display to emerge. But more importantly, it will examine how art is increasingly entangled with regimes of distraction, disingenuous affirmation and disposable culture. Disabused will therefore also be a place where arts professionals can express their discomfort and discouragement, even their disgruntlement and disgust; temporarily dissociate from or disown their sites of production; or enact dissent, dissidence, disruption and disobedience. We will do our best to make sure this is all done with the utmost discretion, of course.