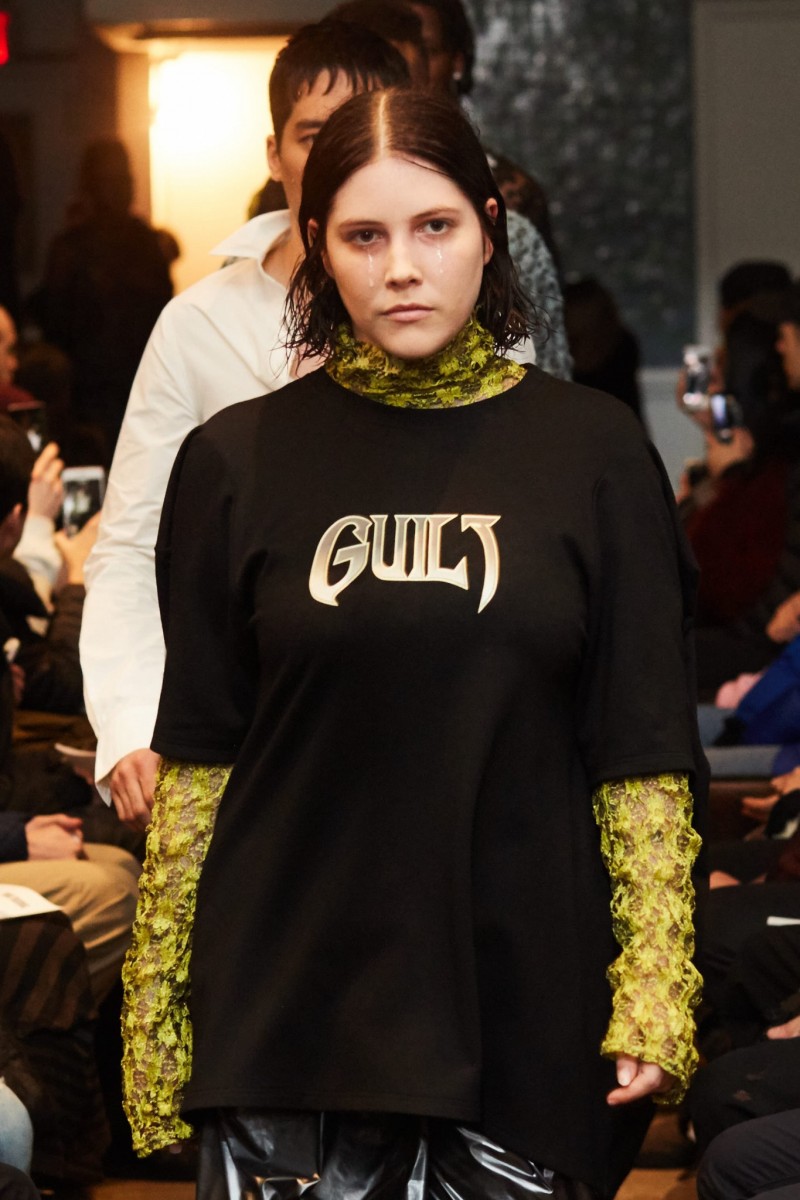 Models at Nhu Duong’s Fall/Winter 2017 runway show—presented at Artists Space during New York Fashion Week—wore faces stained with shiny, gelatinous tears, though this detail was understated enough to not be immediately visible. Silently crying for no apparent reason seems in harmony with a sort of drunkenness in the collection’s silhouettes: a crisp white shirt, modeled by artist Timur Si-Qin, is buttoned off-center; hoodies hang over a single shoulder, leaving the other bare; and a pair of black dress pants, intact despite a ton of horizontal slits, forms two crooked lines from waist to ankle. It’s a good companion to the material opulence of the collection, which sees the Berlin designer working, somewhat uncharacteristically, with leather, lace, and fur.

A more familiar sight among Duong’s garments is their graphic elements, and the collection’s first look features a t-shirt that reads “GUILT” in a graphic logo, followed by hoodies marked with “TRAUMA” and “VENGEANCE.” Rather than stylize generic suffering, here Duong states it plainly.

Select pieces upset the collection’s otherwise muted, black-and- white palette: one model wears a textured, high-collared shirt in a washy blue, while similar pieces in a sheer acidic green are layered under cotton tees. Most notably, a very baby shade of pink makes an appearance in leather and in fur, as in a slightly overlarge pink leather jacket with slits across the chest and elbows, and matching pink pants, slit at the thighs, as though to imply chaps (a theme Duong has reworked through several of her collections). Duong’s manipulation of the creamy fabric comes off as both fetishistic and sculptural. Elsewhere, pink fur forms the loose and low-slung sleeves of a simple black dress.

The show’s press release compares these stylistic mutations to the transformation of superheroes between the streets and the sheets, and the clothes to stagecraft that reveals as it obscures. Within this theater, Duong’s clothes complicate formal orderings of elegance, desire, gender, and clubwear, instead patterning these elements into new and compelling transfigurations.

The show was supported by Nike featuring Nike VaporMax, launching in March. 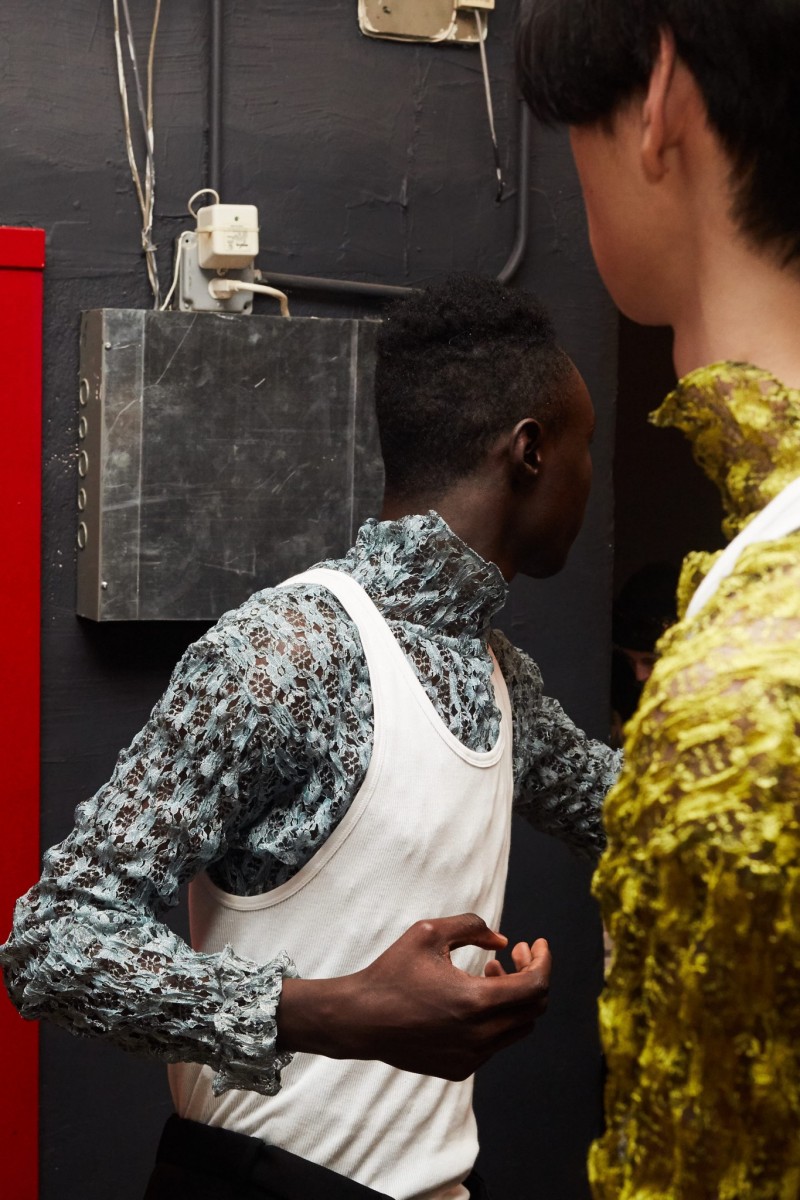 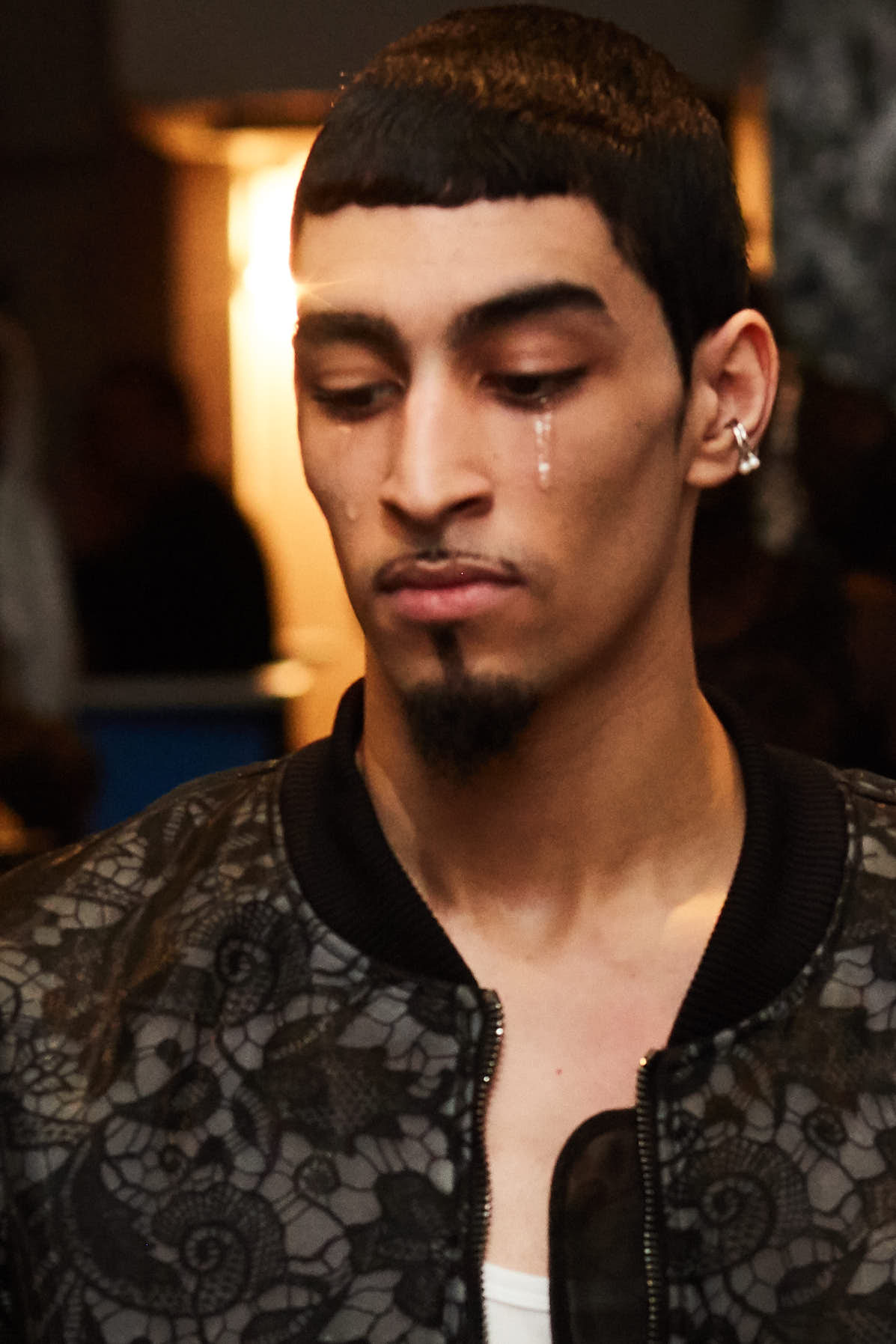 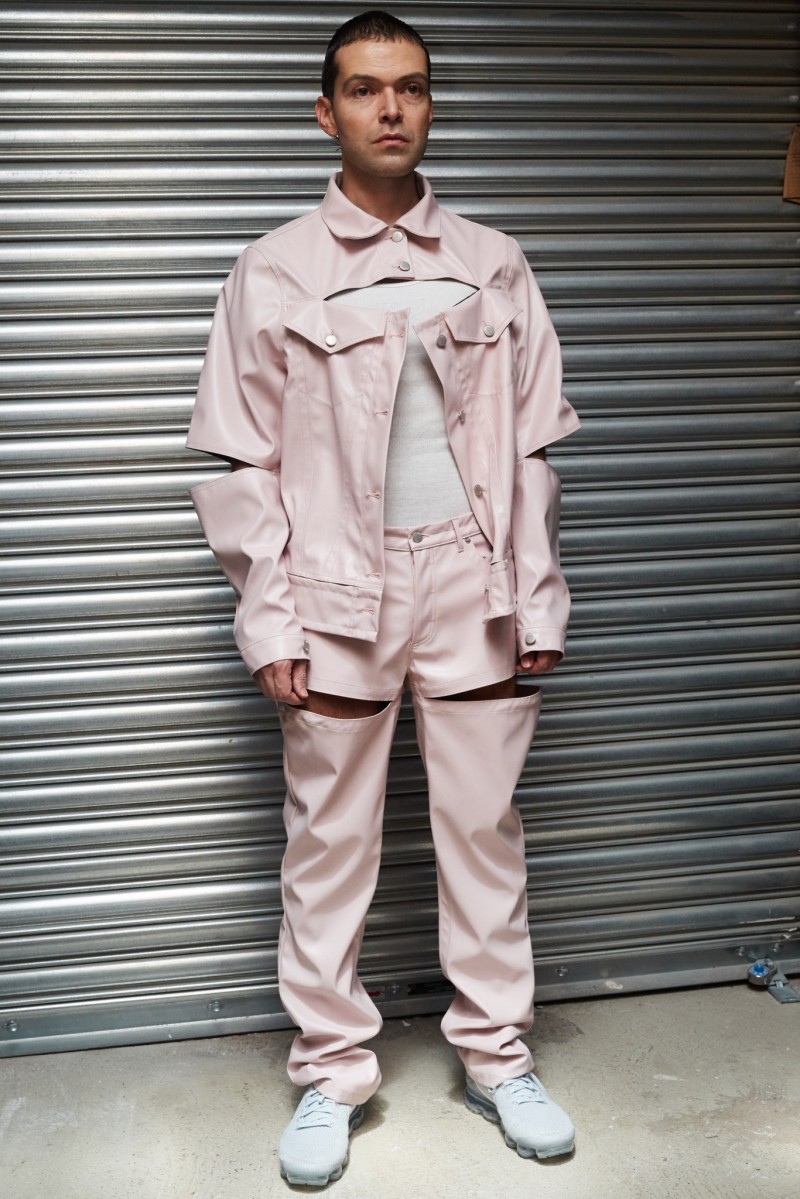 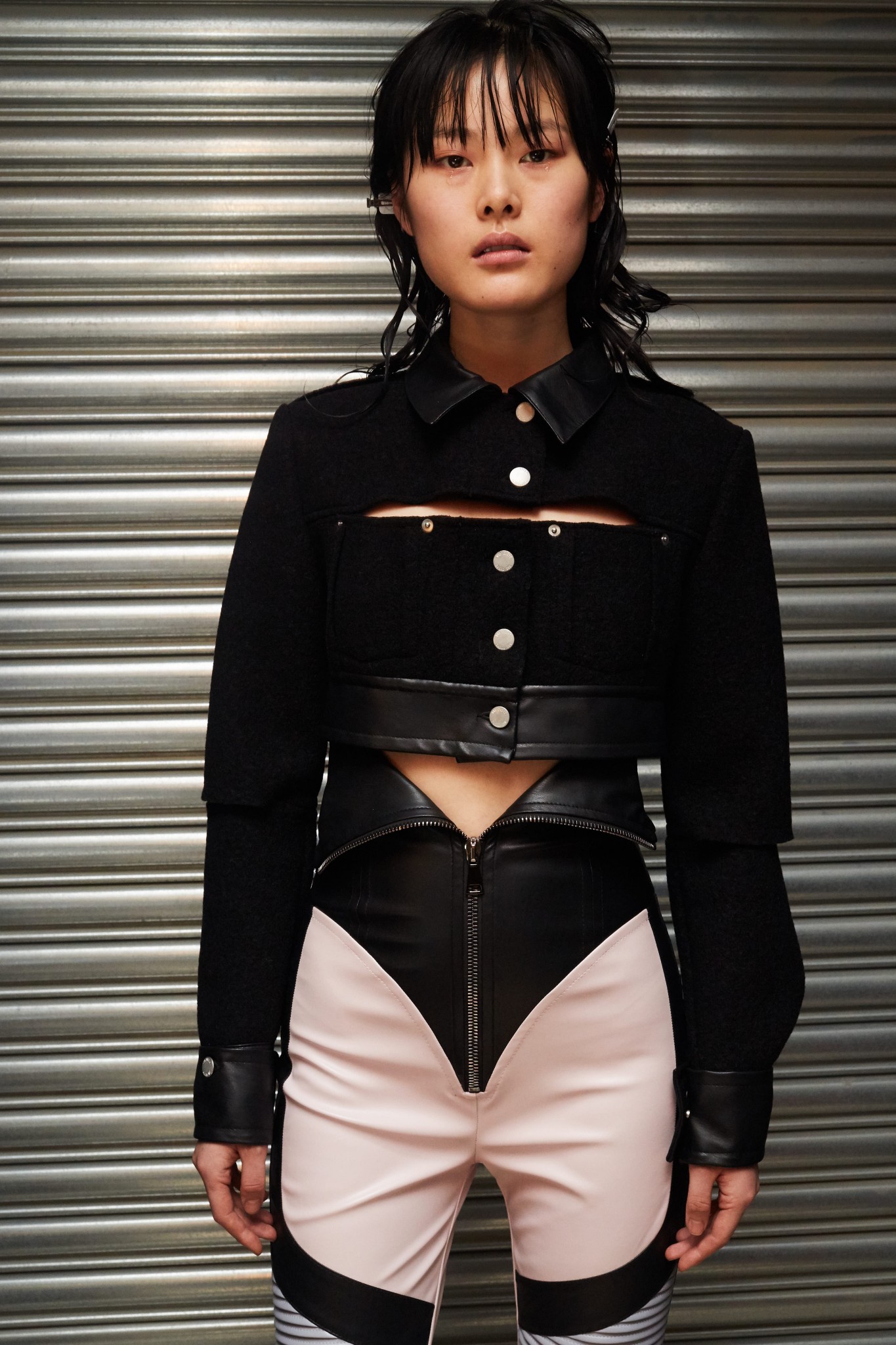 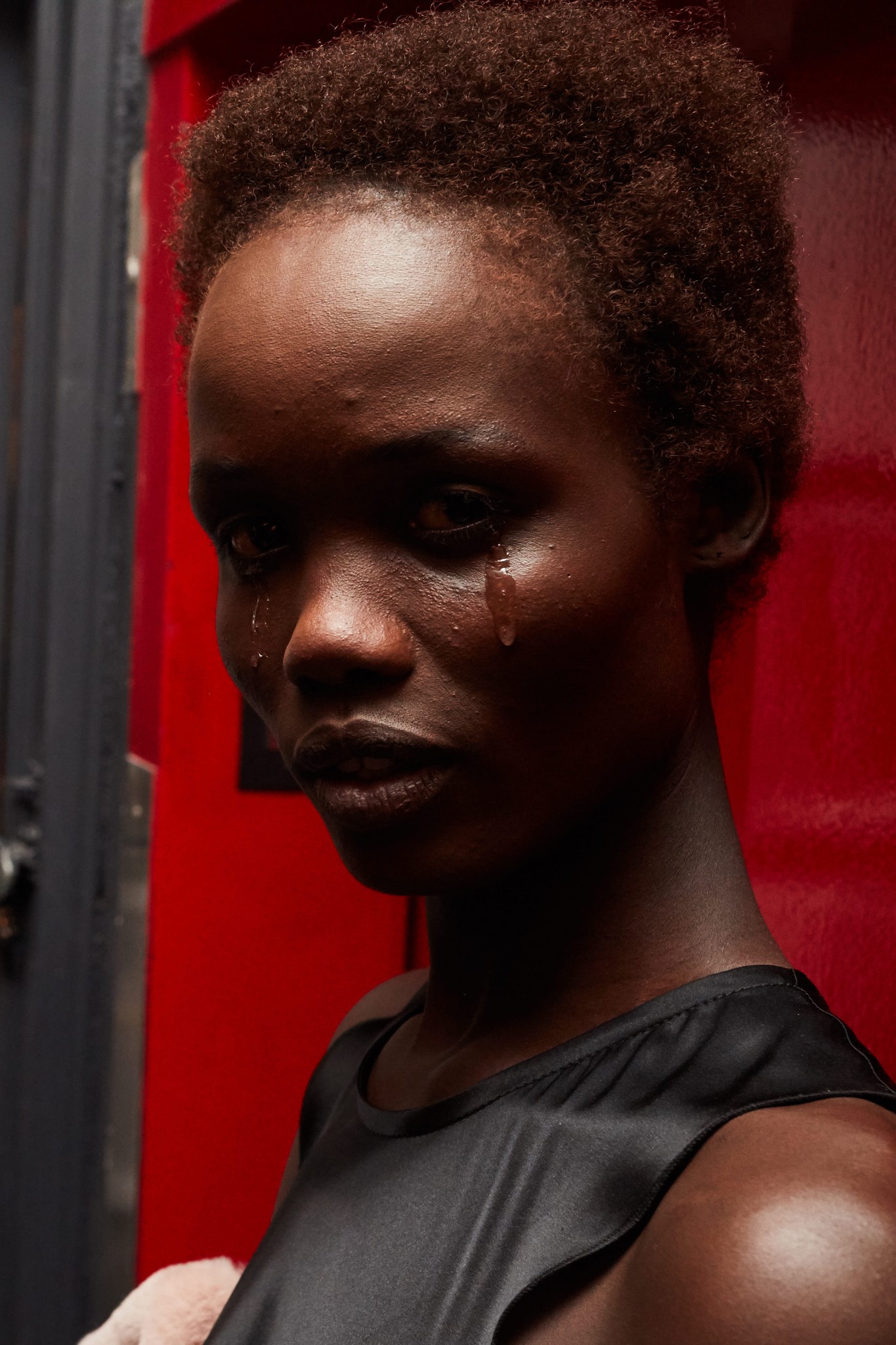 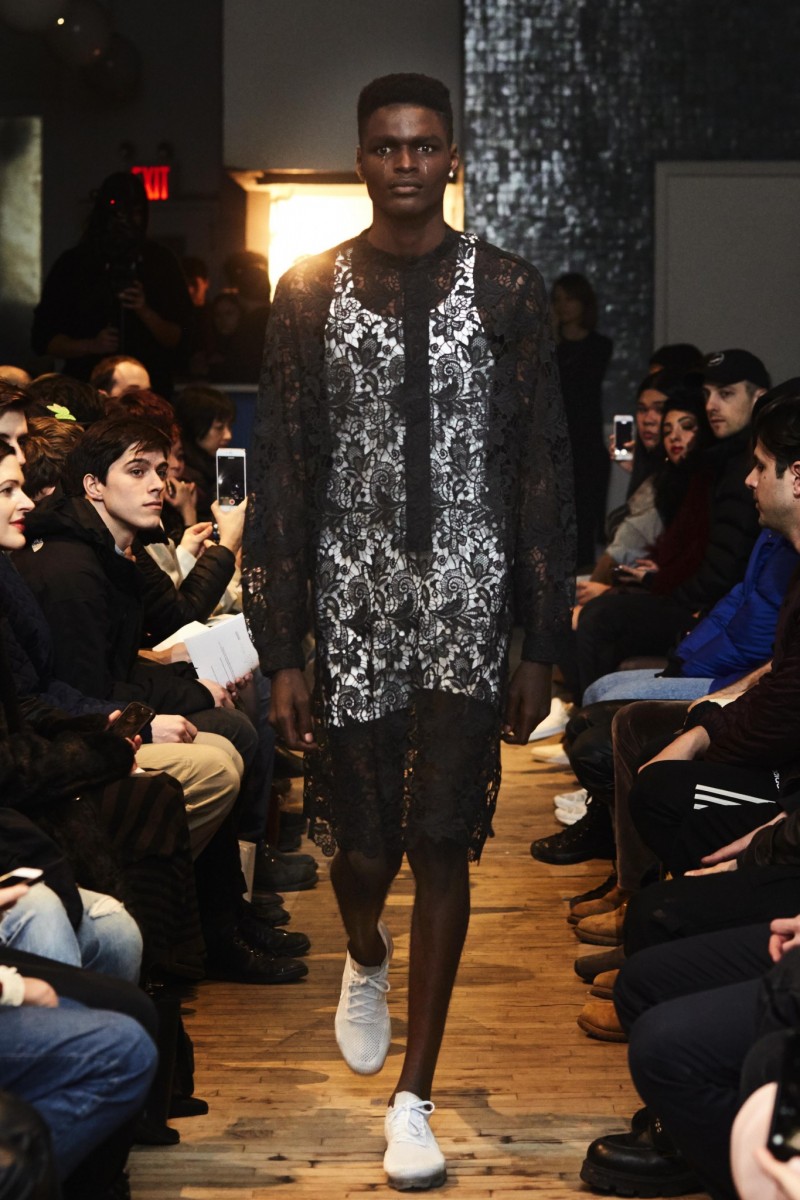 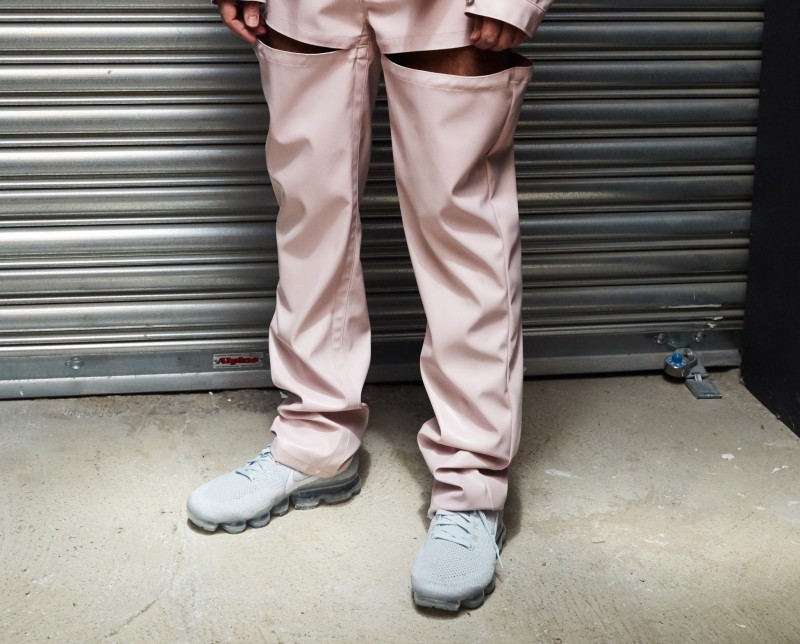 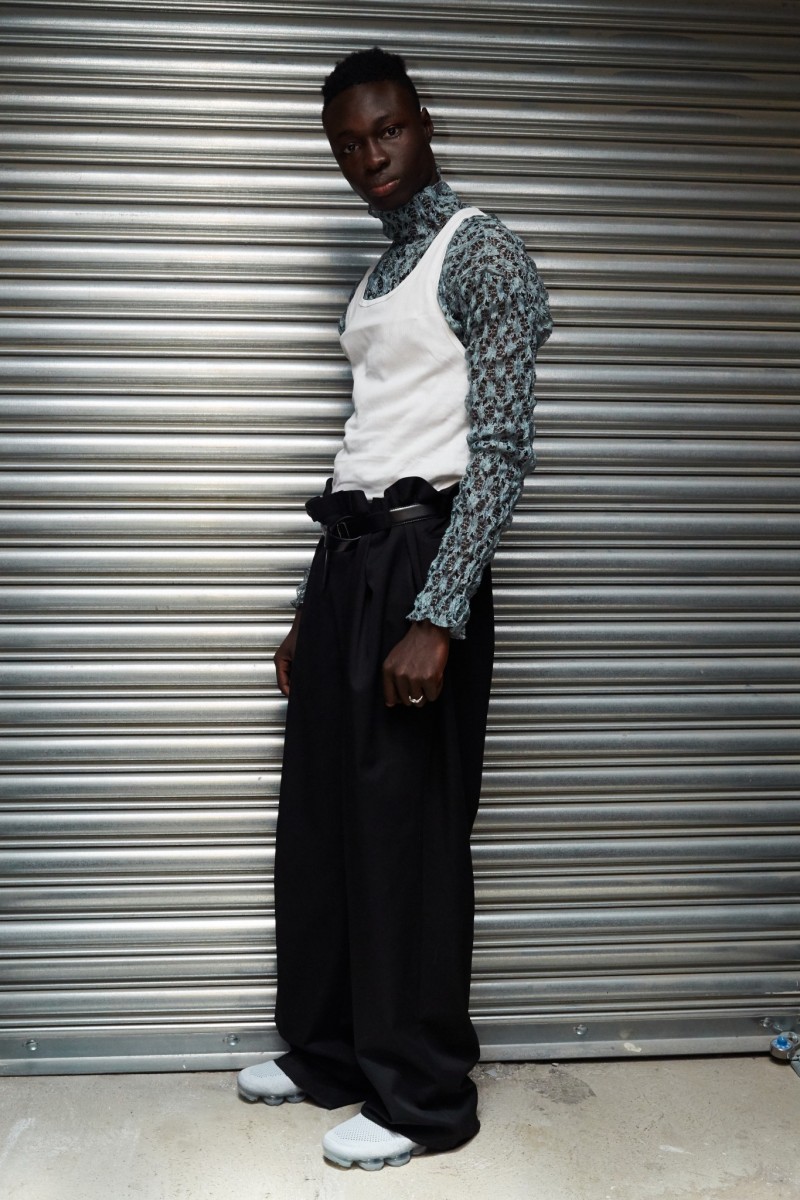 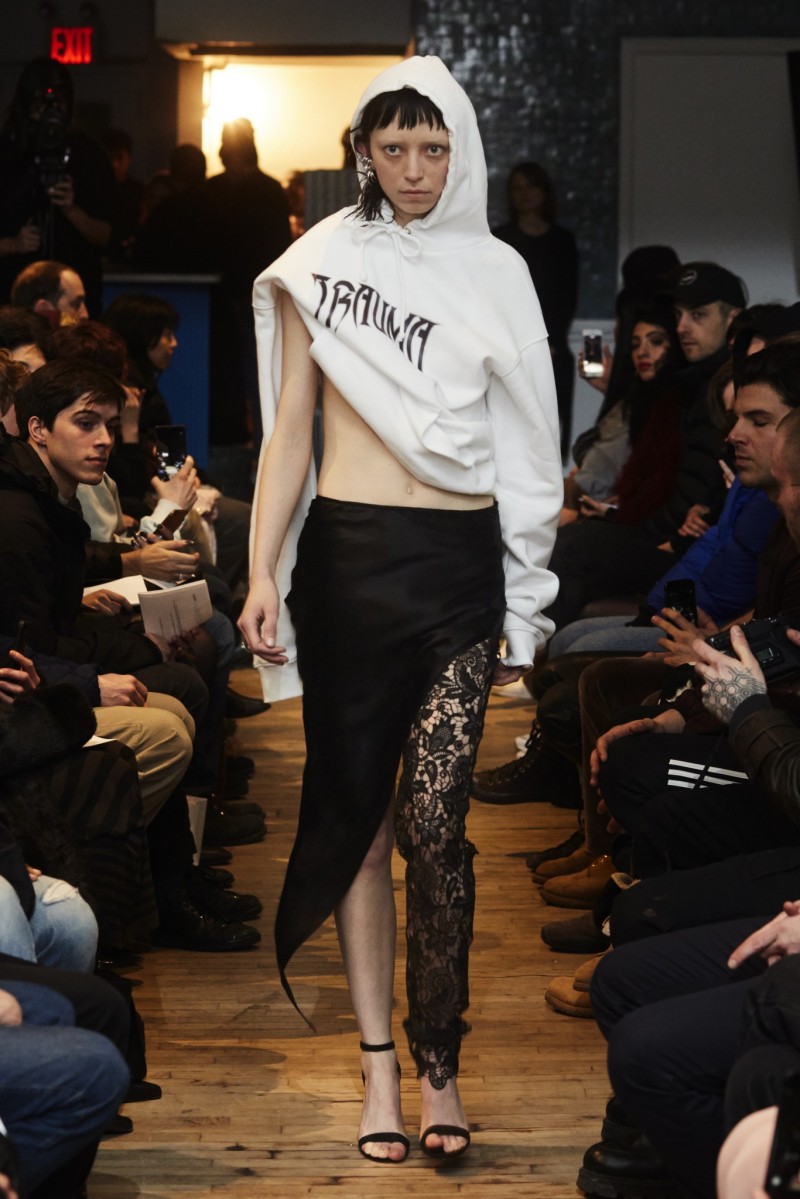 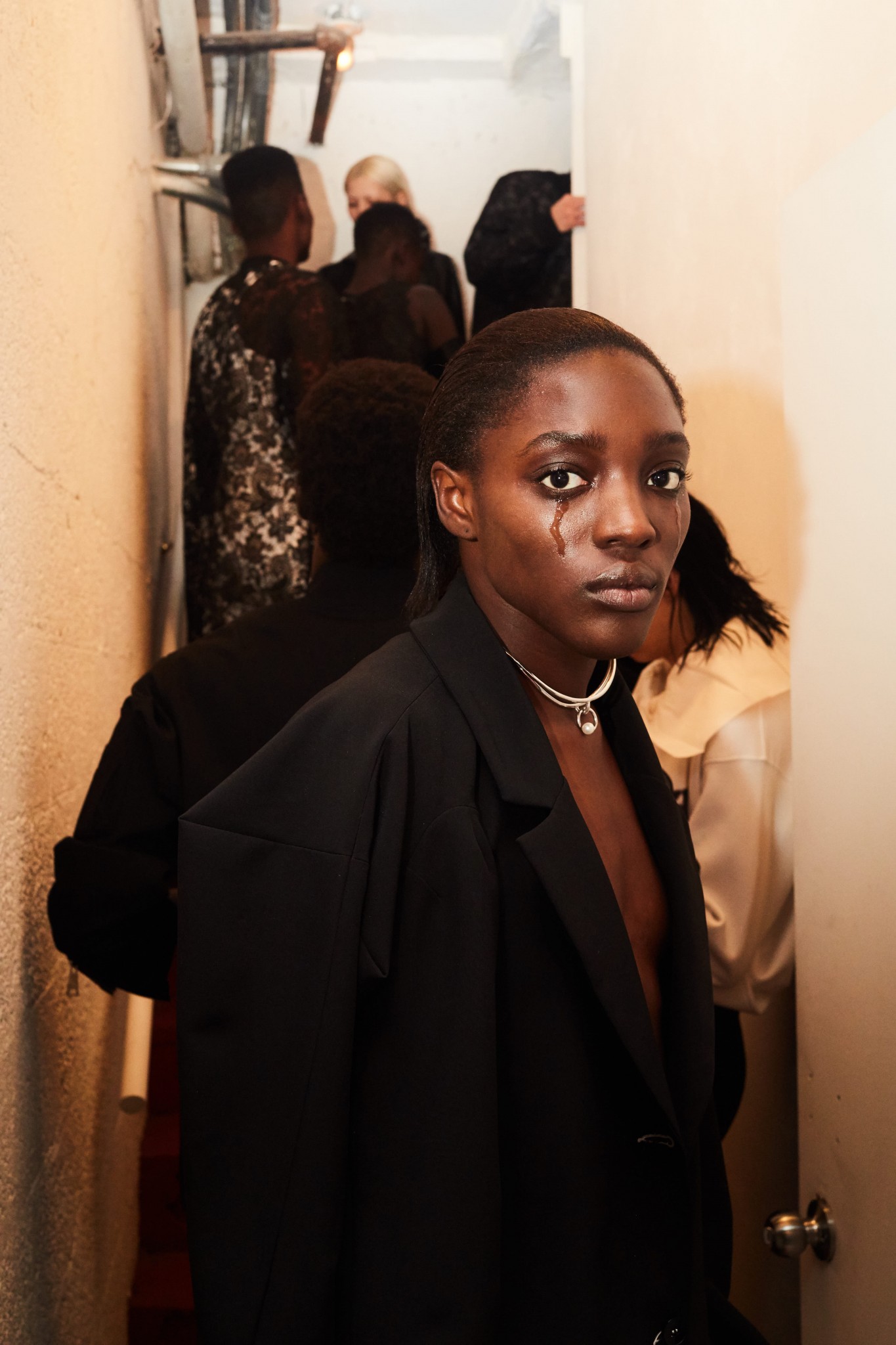 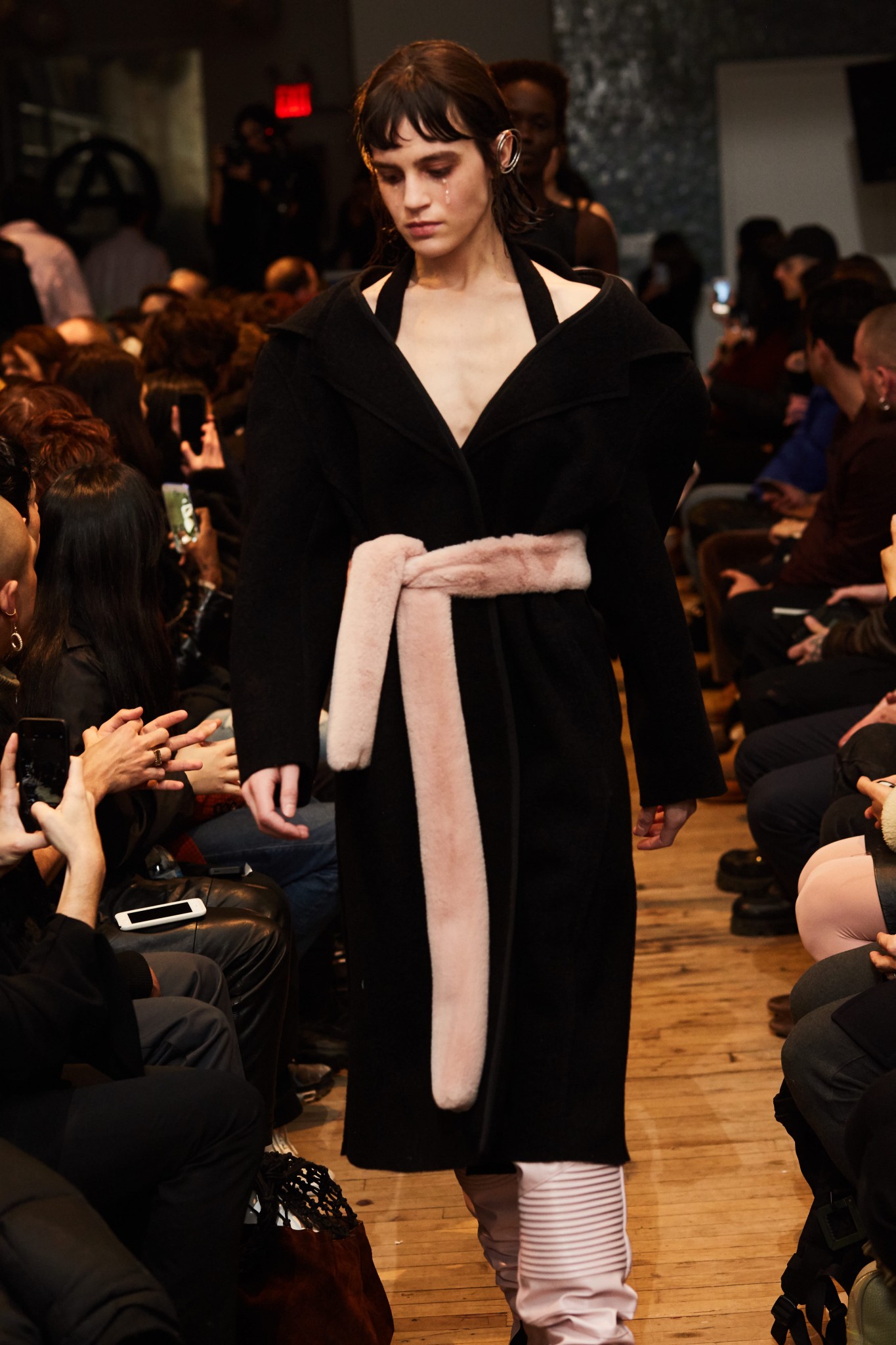 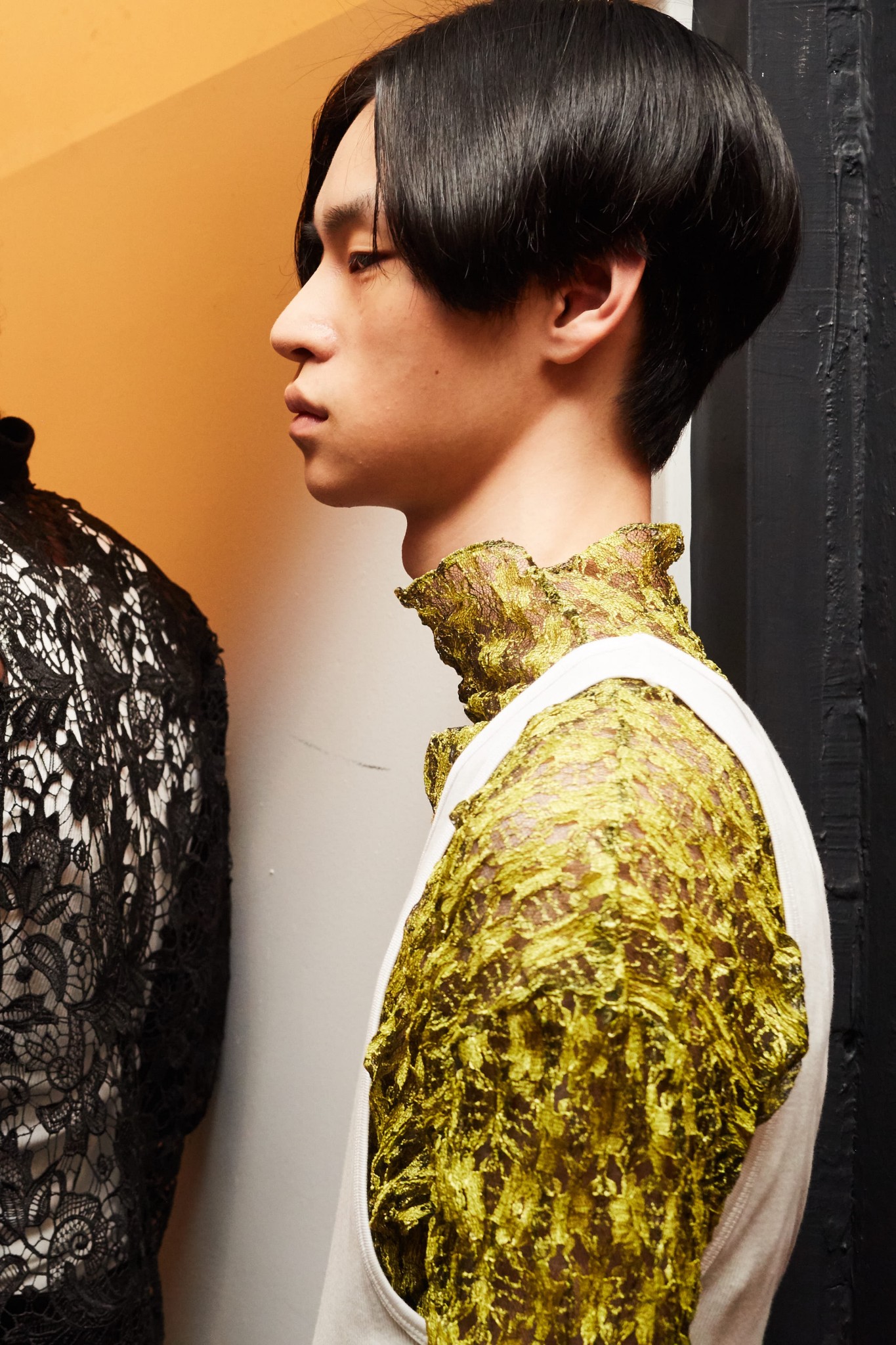 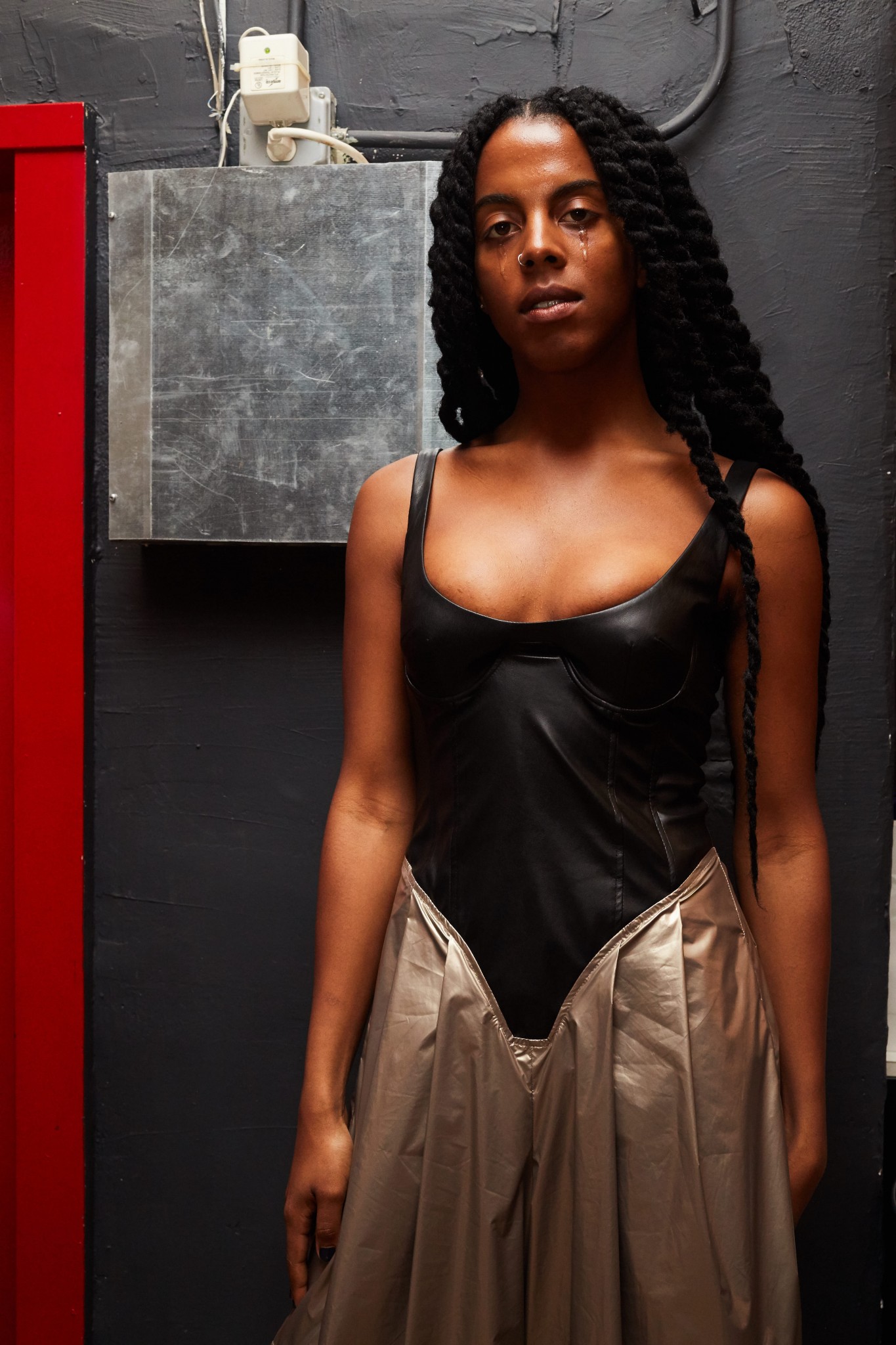 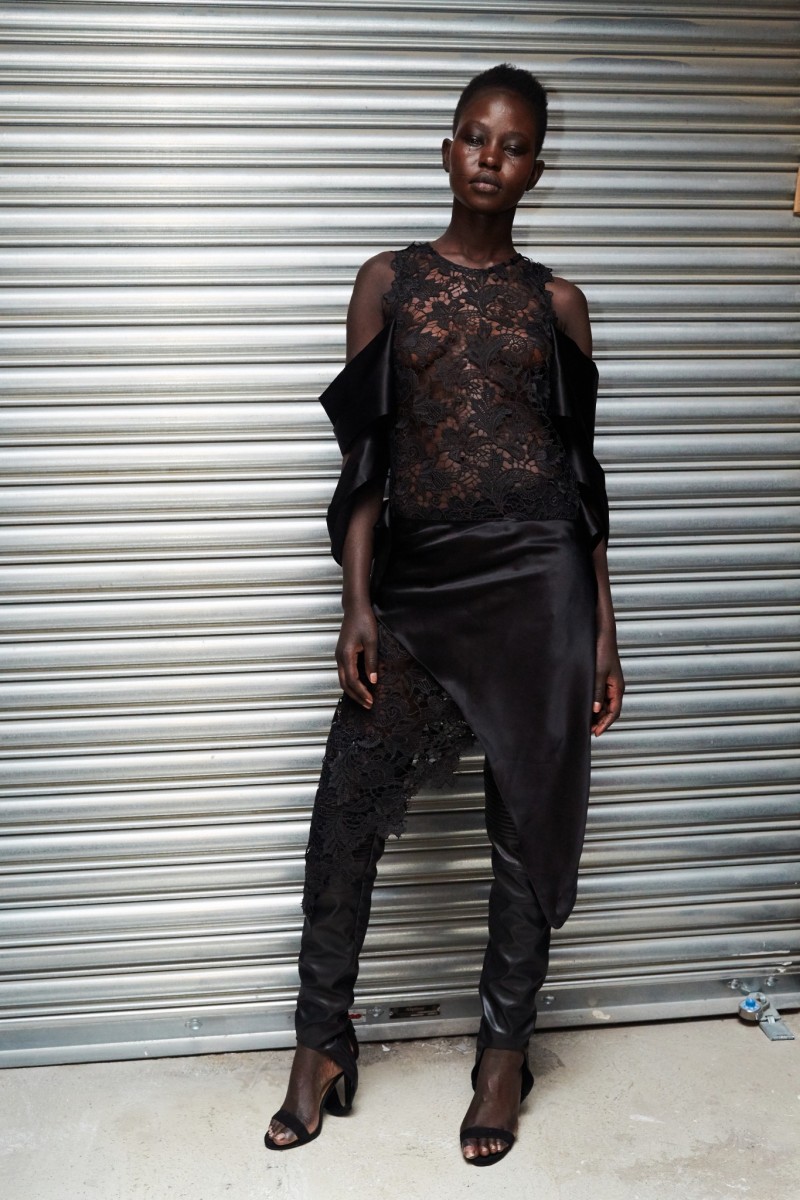 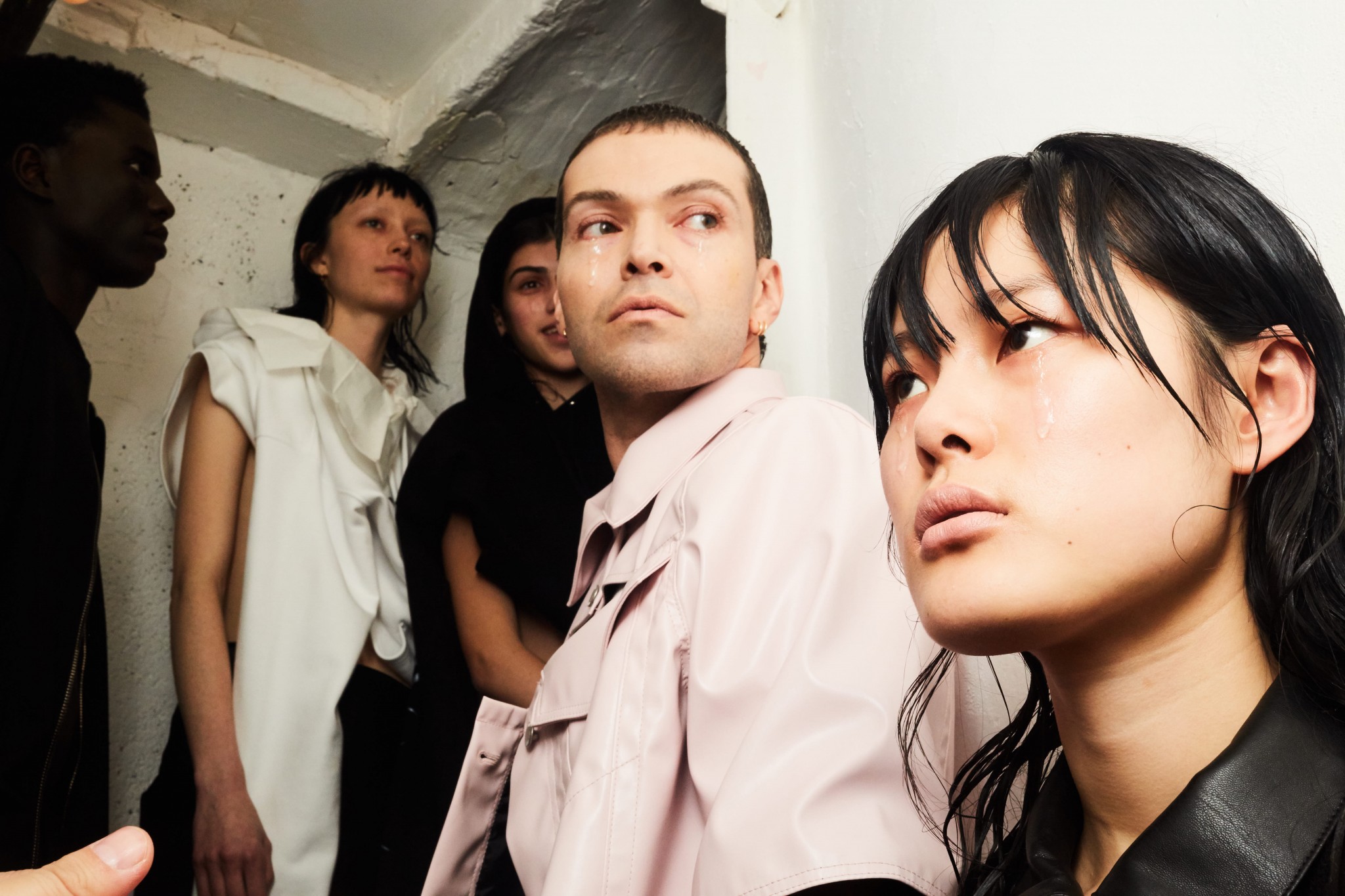 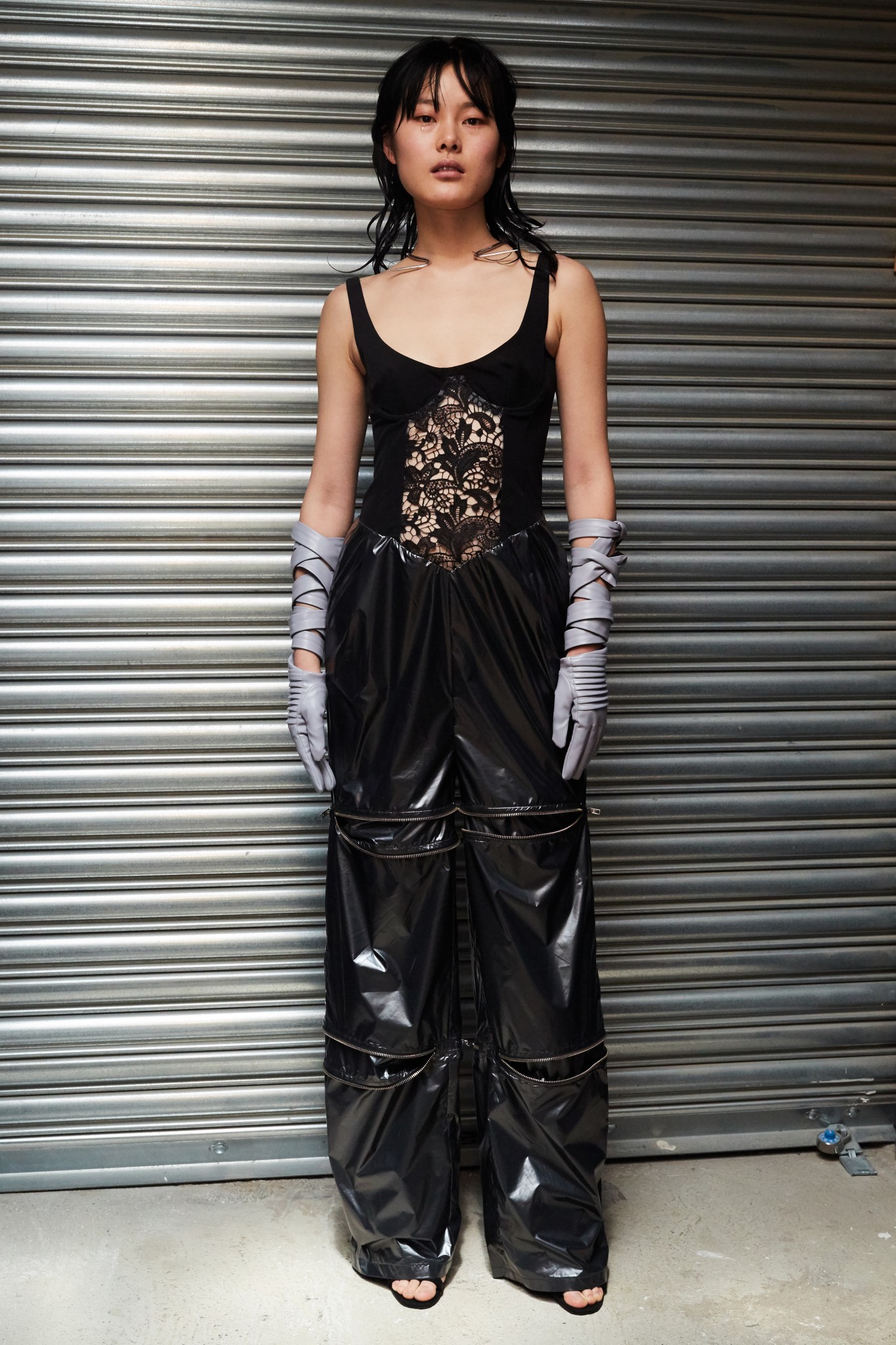 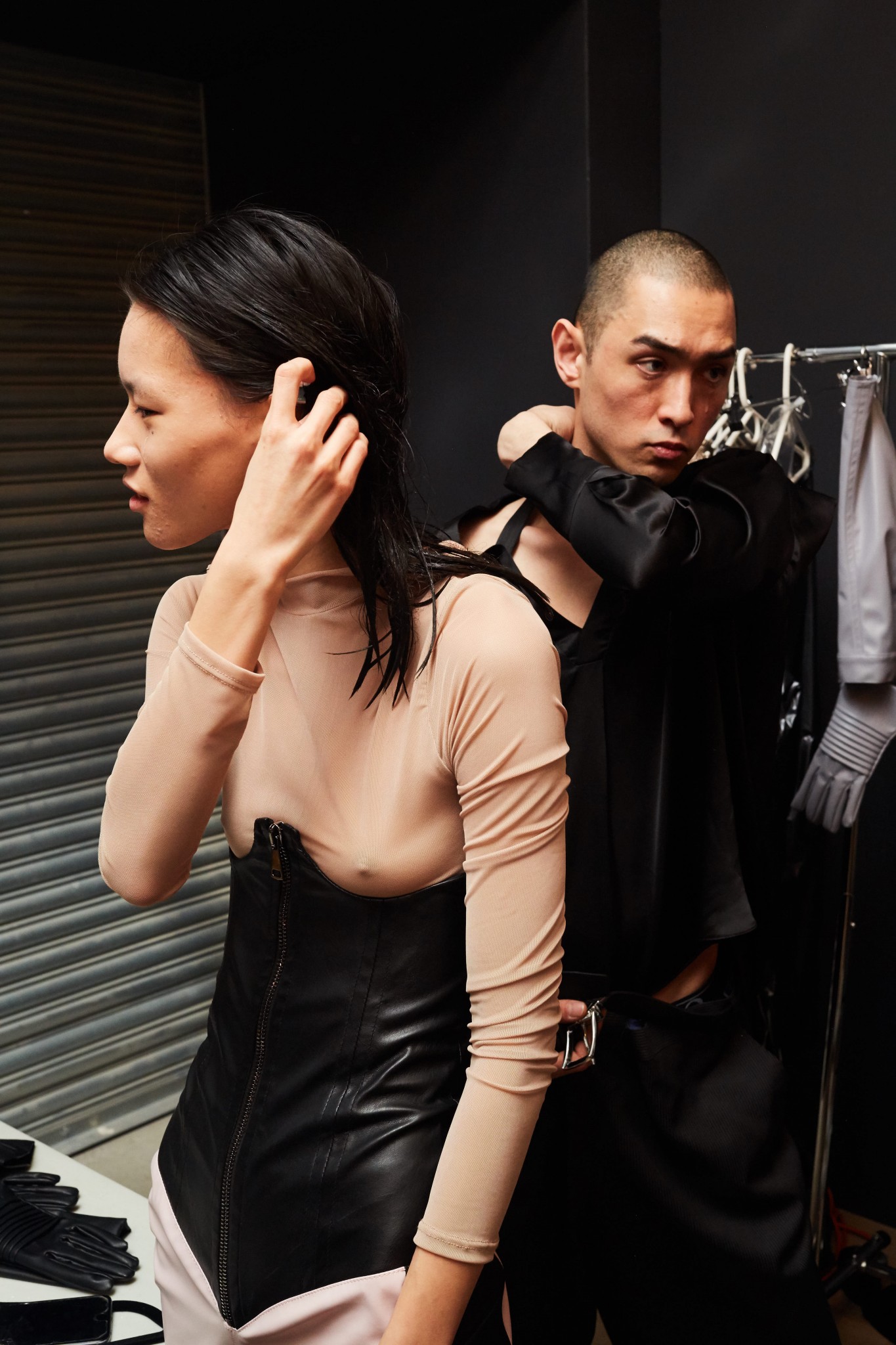 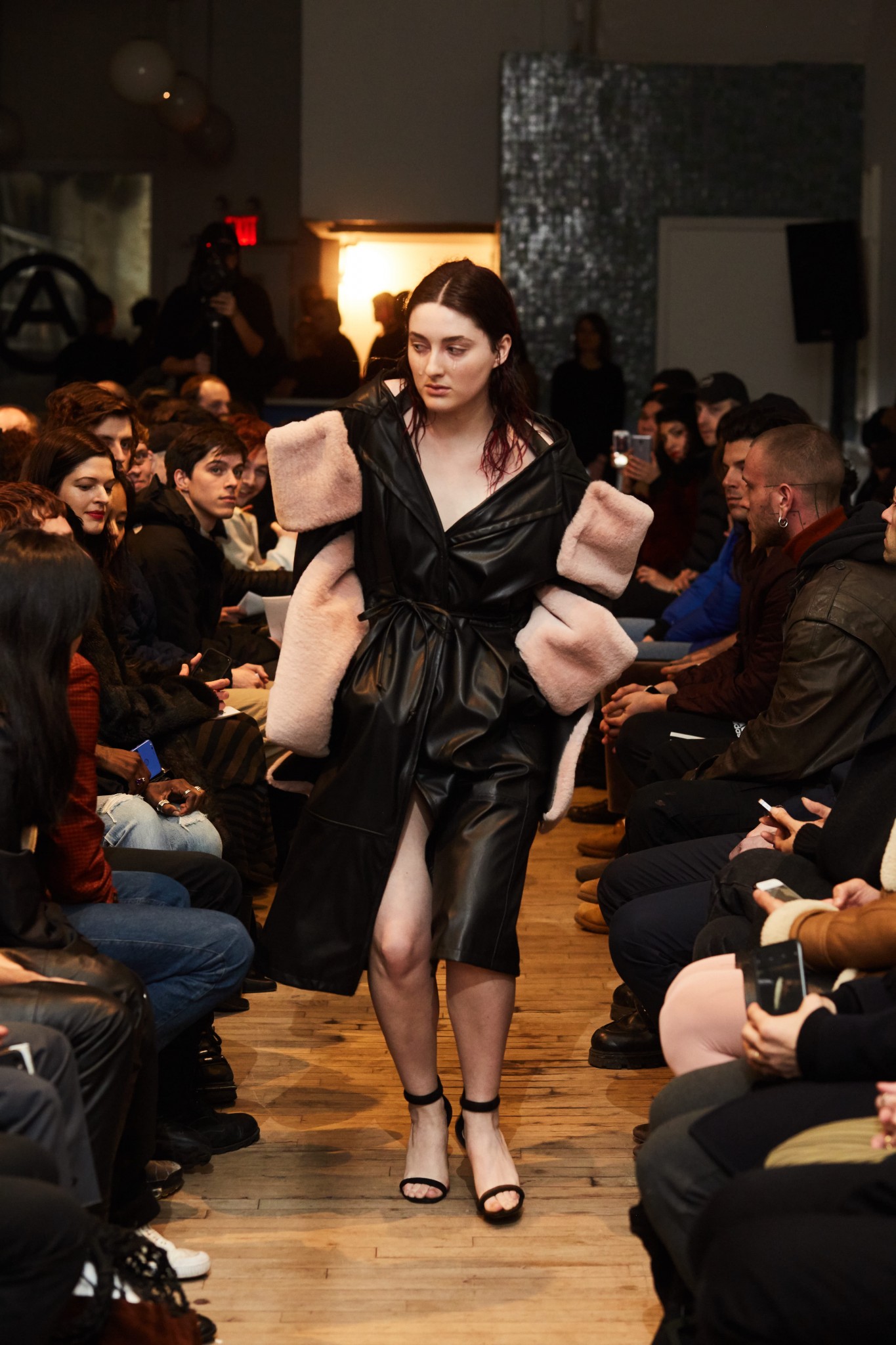 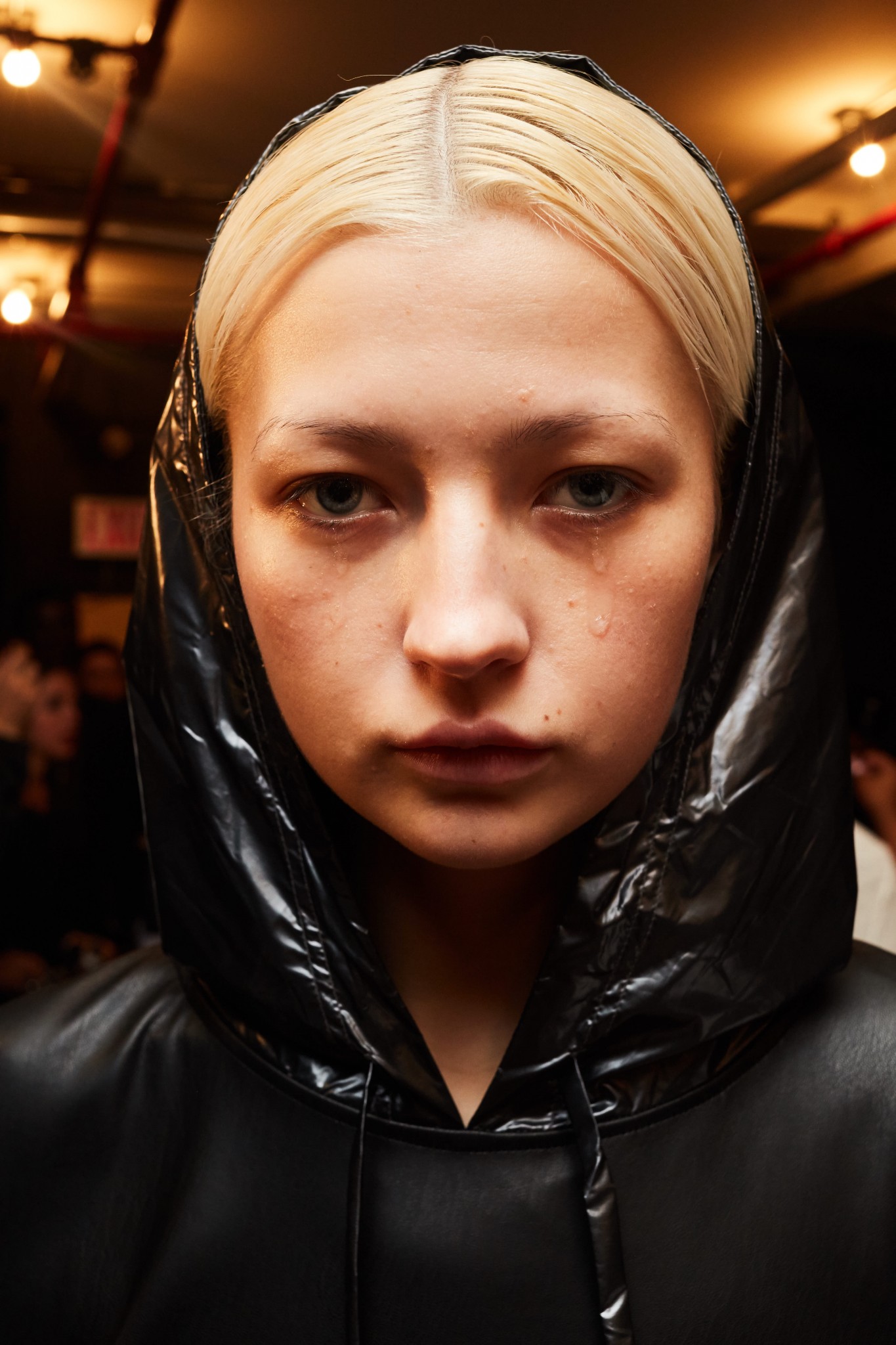 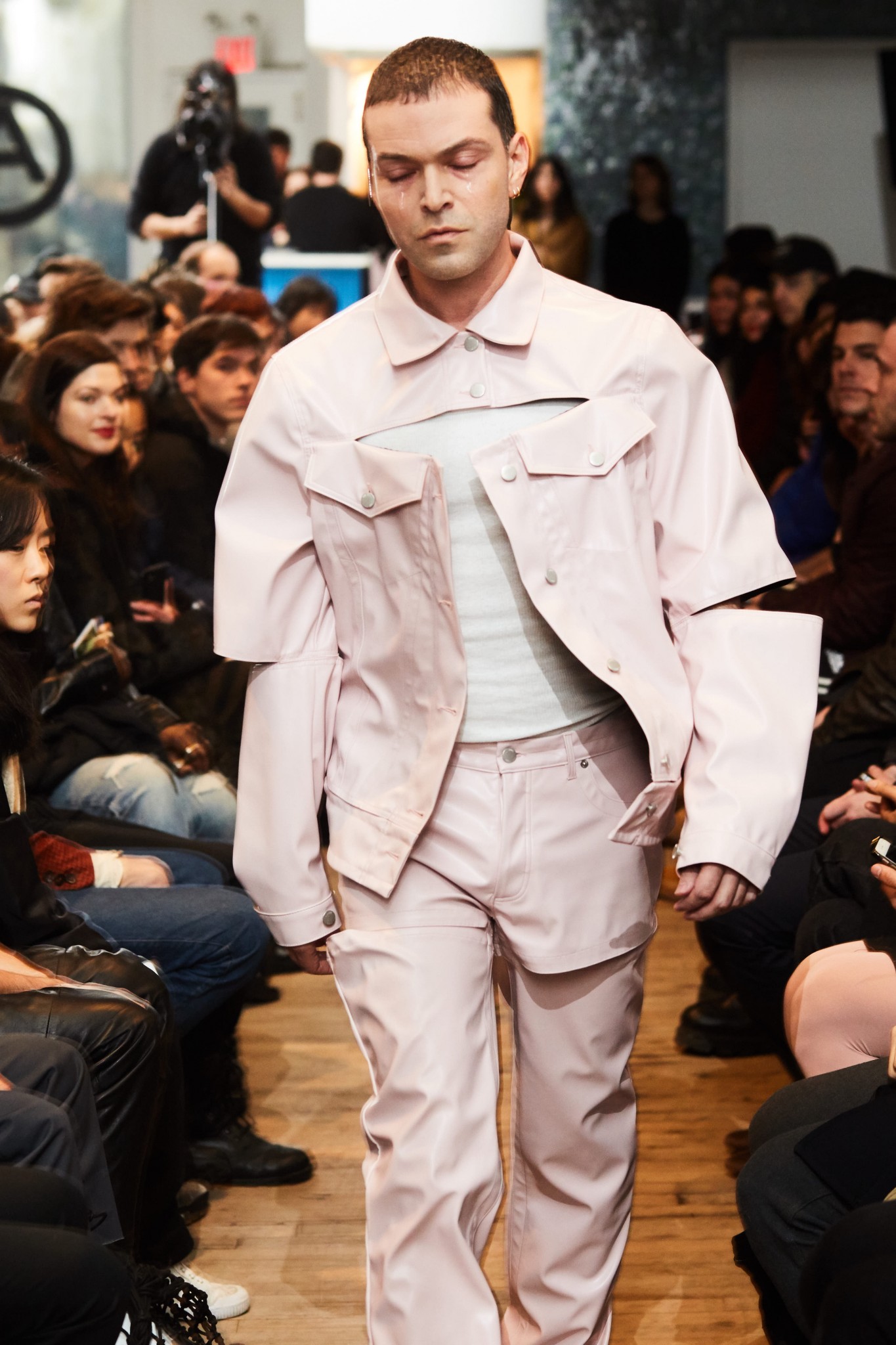 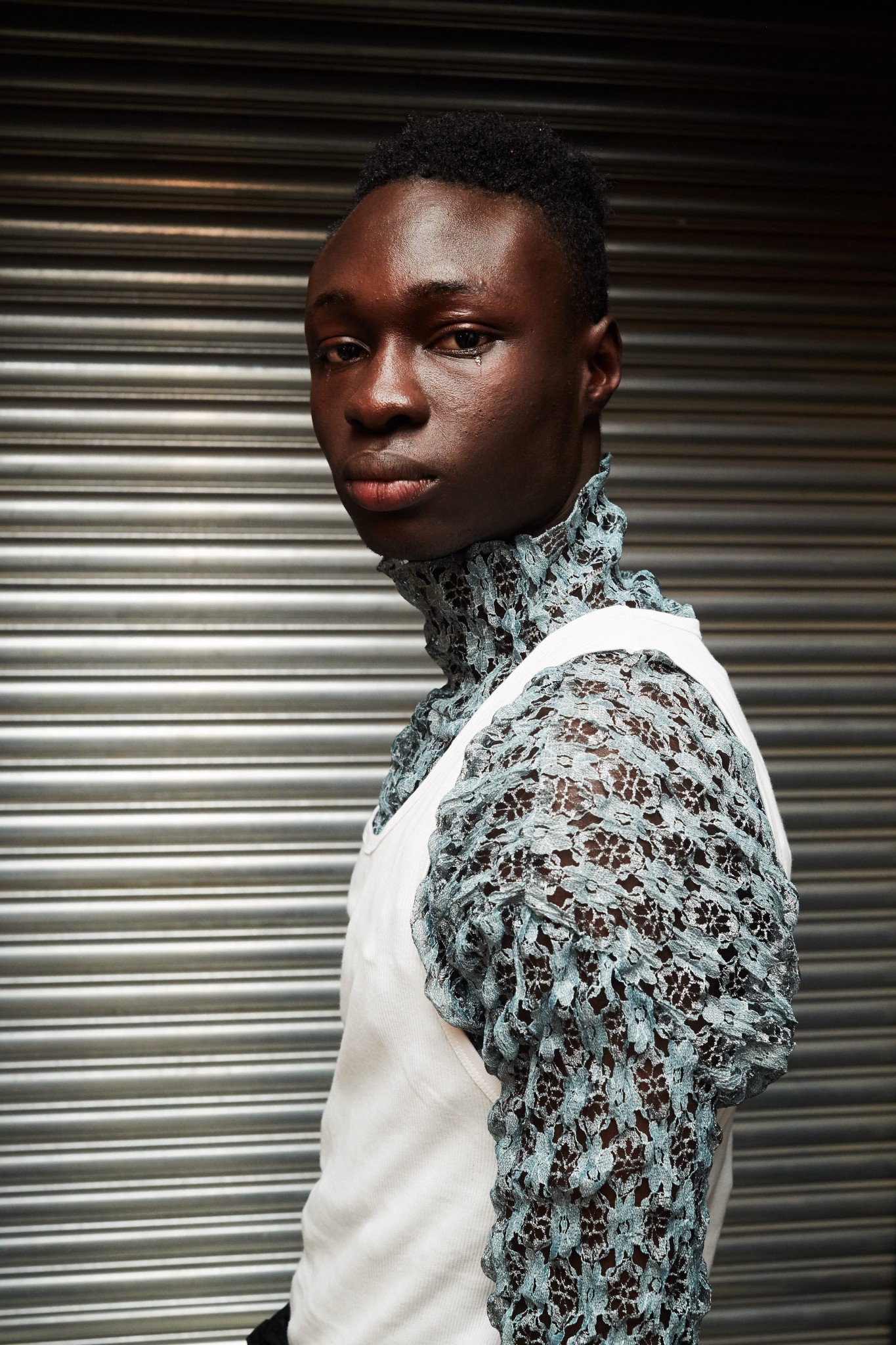