1. Yurchak, Alexei. Everything Was Forever, until It Was No More: The Last Soviet Generation. Princeton, NJ: Princeton UP, 2006. Print. ↩
Election Renewal
Guest edited by Katerina Llanes and Meredith Whittaker 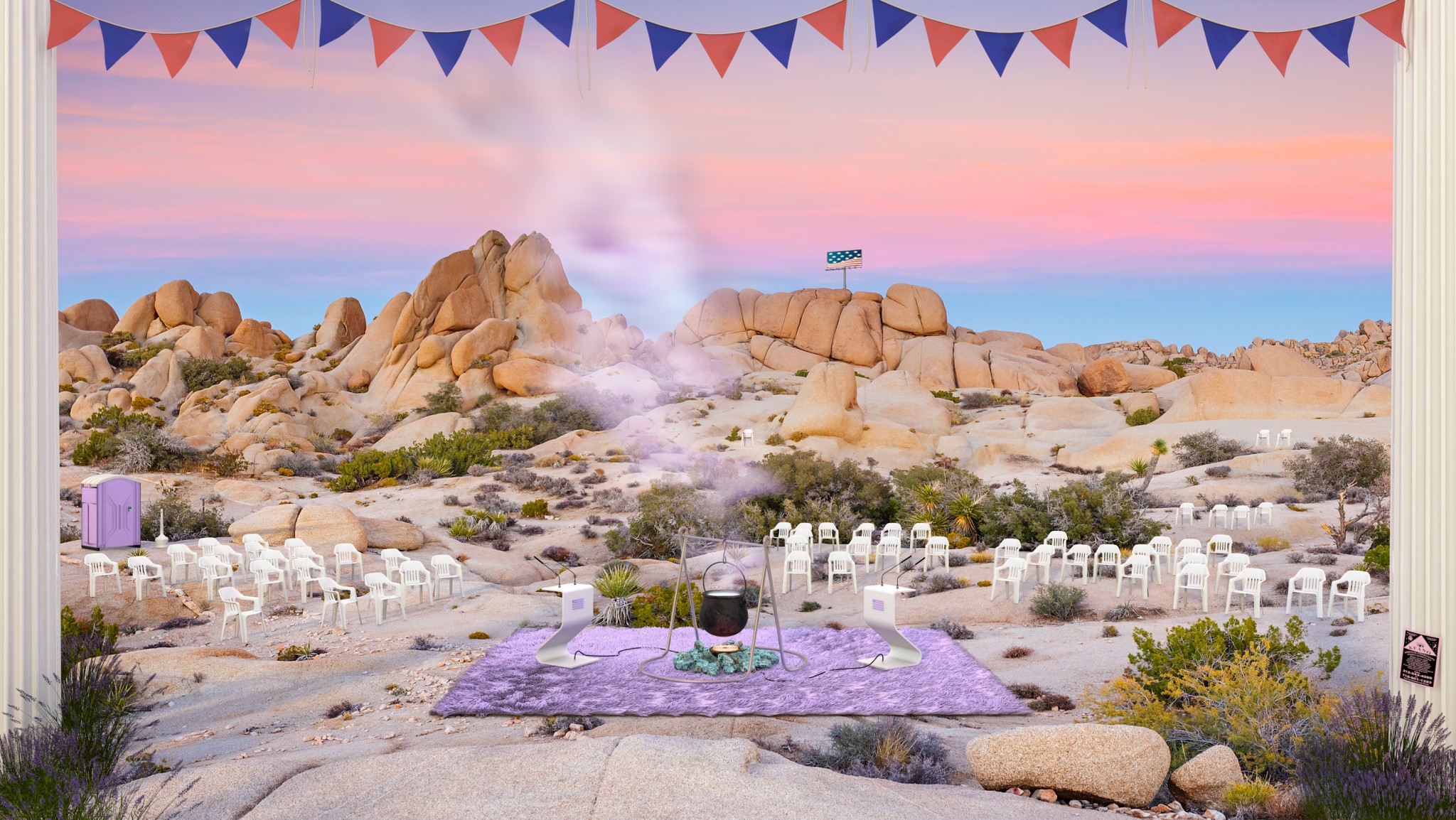 The Russian term stiob describes a late-Soviet aesthetic practice that engaged a dark strain of irony, in which it was “impossible to tell whether it was a form of sincere support, subtle ridicule, or a peculiar mixture of the two.”1 It performed a relationship where the pieces destabilized each other. And was coined during a time in a place where the difference between what was lived and what could be said – the reality vs. the narrative – created pockets of surreal shared experience, things that everyone knew, but that couldn’t be officially true. Stiob was a way of engaging with the immersive dissonance of a contradictory present, of finding a bit of space in which, at least, the indigestible contradictions were of your own making.

For months the US election spectacle has opened possibilities for genuinely frightening futures, and we are all suffering trauma and vertigo. During these months this project took many forms, adjusting and halting (didn’t we all?) as things became bleaker and more hyperbolic. Satire lost its capacity for political critique, already outdone, and jokes kept getting less funny. It became more difficult to find a stable position from which to see and understand how our political climate had moved so far from what it is possible to acknowledge within TV discourse, even as TV discourse helped create this climate.

In the US, against a background of chatter, fascism was suddenly normalized. We can now imagine a leader who brags about sexual assault. Hate crimes are rising. This at a time when climate collapse literally threatens everyone, if not equally yet. It’s terrifying to see this sanitized so casually during the last moments we have to make the major changes required to save much of humanity. It’s mortally frustrating to feel incapable of making these changes.

In the face of such obvious urgency, we’re reminded often that our faculties are no match for the dynamic, complex, and interrelated systems making our reality. A butterfly’s flapping wing in a market across an ocean can empty our bank, raise terrorist alert levels, or wipe out entire industries overnight. Effect is so far removed from cause, let alone responsibility (let the computers handle it!).

All of this in the context of a US presidential election – a multi-year ceremony foregrounding promises of better futures, provoking desires for improvement and prosperity and other ways of living. Desires then corralled into a small stream, a one or a zero, directed toward one or another candidate. Crisply quantified. How long until these recuperated desires for different futures become too loud to tame, in the face of climate inaction, inequality, capitalism? Until they overflow these narrow boundaries and something really gives?

And what do we do until the contradiction breaks? We’re still here, bodies immersed in it.

Election Renewal explores this question, looking at ways of living with the everyday dissonance of our current political spectacle. The artists, organizers, activists, writers, and other contributors offer not an instruction book, a manifesto, or an explanation, but a variety of practices. Like stiob, these practices function, in discrete and varied ways, to repurpose the indigestible present in order to reclaim some agency, a bit of breathing room, a couple of fissures within which transformation feels possible. These contributions approach the towering un-narratable problems of this time from many sides, and each works to resize them to human-scale. In this way they provide language and room for us to honestly acknowledge where we are, even in a world unable to understand what we’re saying.

Generous support has been provided by MAD Museum and Meredith Whittaker.

1. Yurchak, Alexei. Everything Was Forever, until It Was No More: The Last Soviet Generation. Princeton, NJ: Princeton UP, 2006. Print. ↩