June Canedo and Tess Herbert went to Myrtle Beach, South Carolina to photograph locals who do not care to attend a fashion week, ever.

In the eighteenth century, designers would travel to Asia and Africa to grab every piece of fabric they could get their hands on—cutting and pasting here and there—and sell the garments to European aristocrats at Private Salons. Here, designers got together in the private homes of the most privileged to show their latest collections. Eventually, Americans caught on, deciding that they needed an entire week dedicated to American designers to compete for the attention they thought they deserved. Lo and behold, NYFW was born and the rest of the world followed suit. By 2016, little has changed. Only now, we have Instagram, a platform that makes it incredibly easy to demand attention from almost anywhere in the world. Like, you could probably cut and paste yourself next to Kim at the Vetements show and everyone would believe it. You would get 3k followers. Kanye’s team would find you and ask to collaborate. Next thing you know, you are walking in the next Vetements show. For the following project, we wanted to step away from what fashion week is and has become, instead opting to photograph a few people—all of whom could care less about up-and-coming designers—modeling clothes from up-and-coming designers. 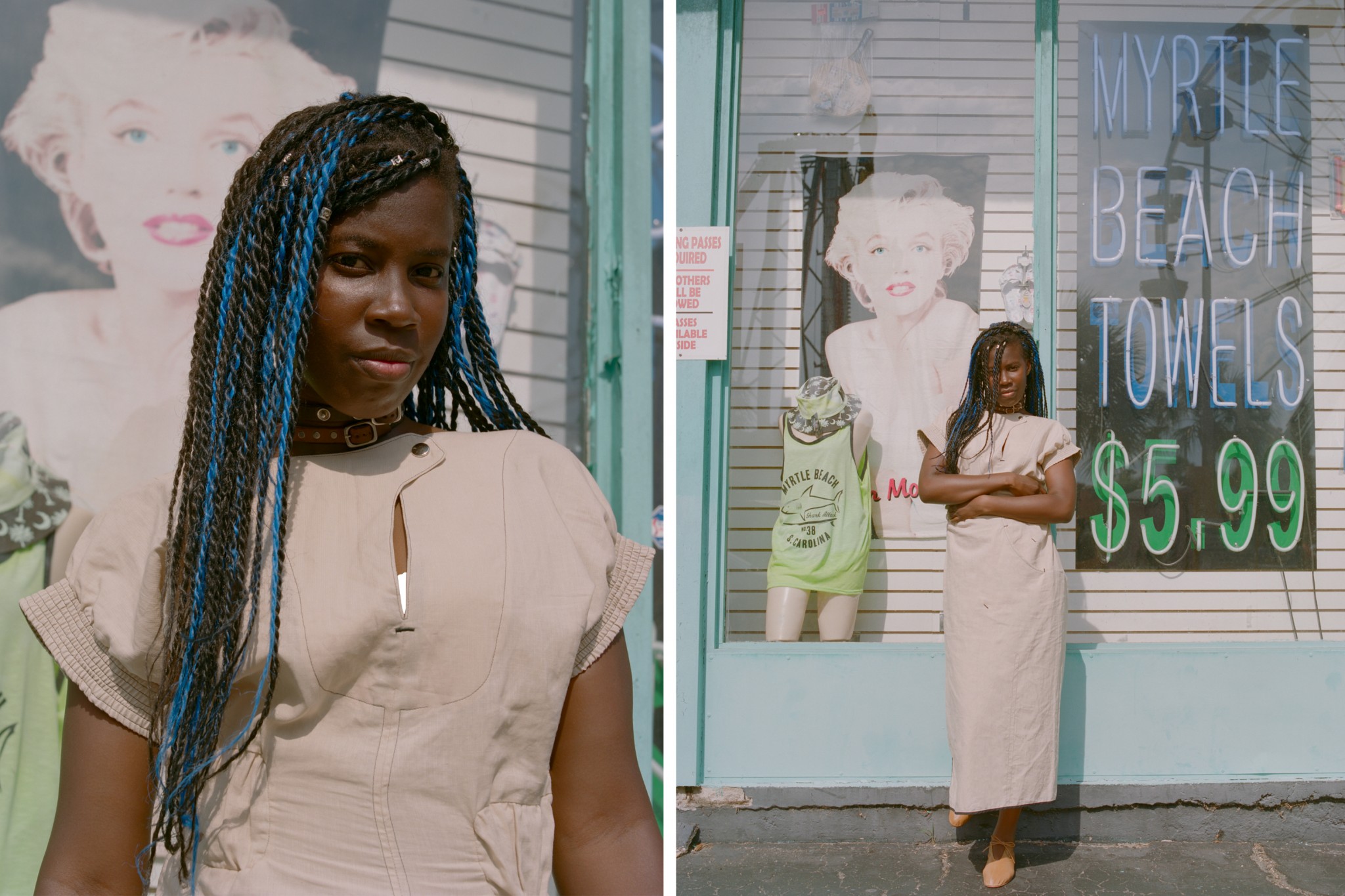 Any is from the Dominican Republic. She was spending the summer in Myrtle Beach, working at one of the beachside amusement parks. She loved the way this dress looked on her and said that the shoes were incredibly comfortable. 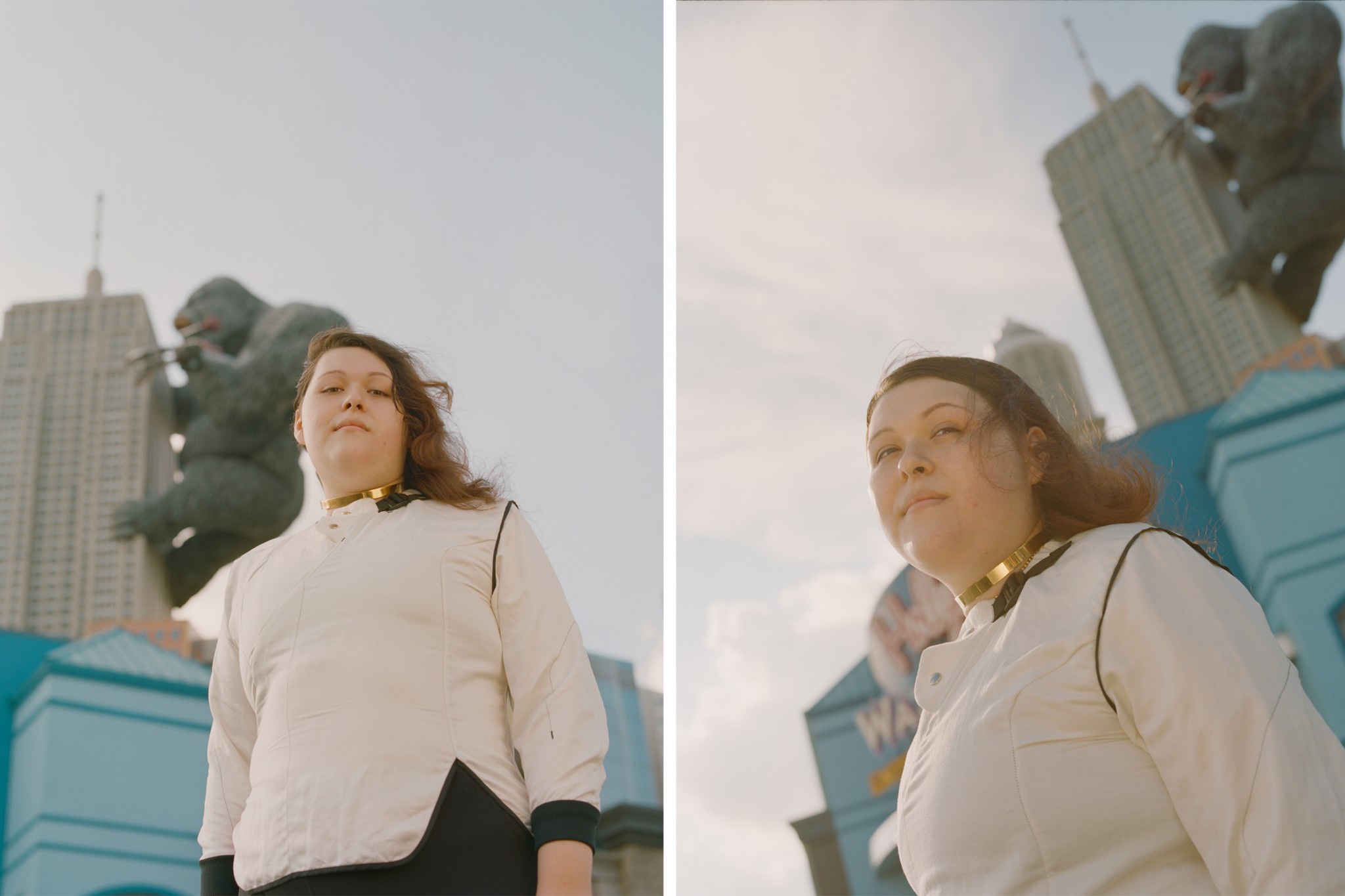 Faith is transitioning and was super nervous about being photographed. Myrtle Beach isn’t exactly the most liberal place (which is why I got the fuck out), so she was extremely surprised to hear that her friend’s photographer cousin was in town, and that they wanted to take her picture. These are some of the first photos of Faith as a woman. 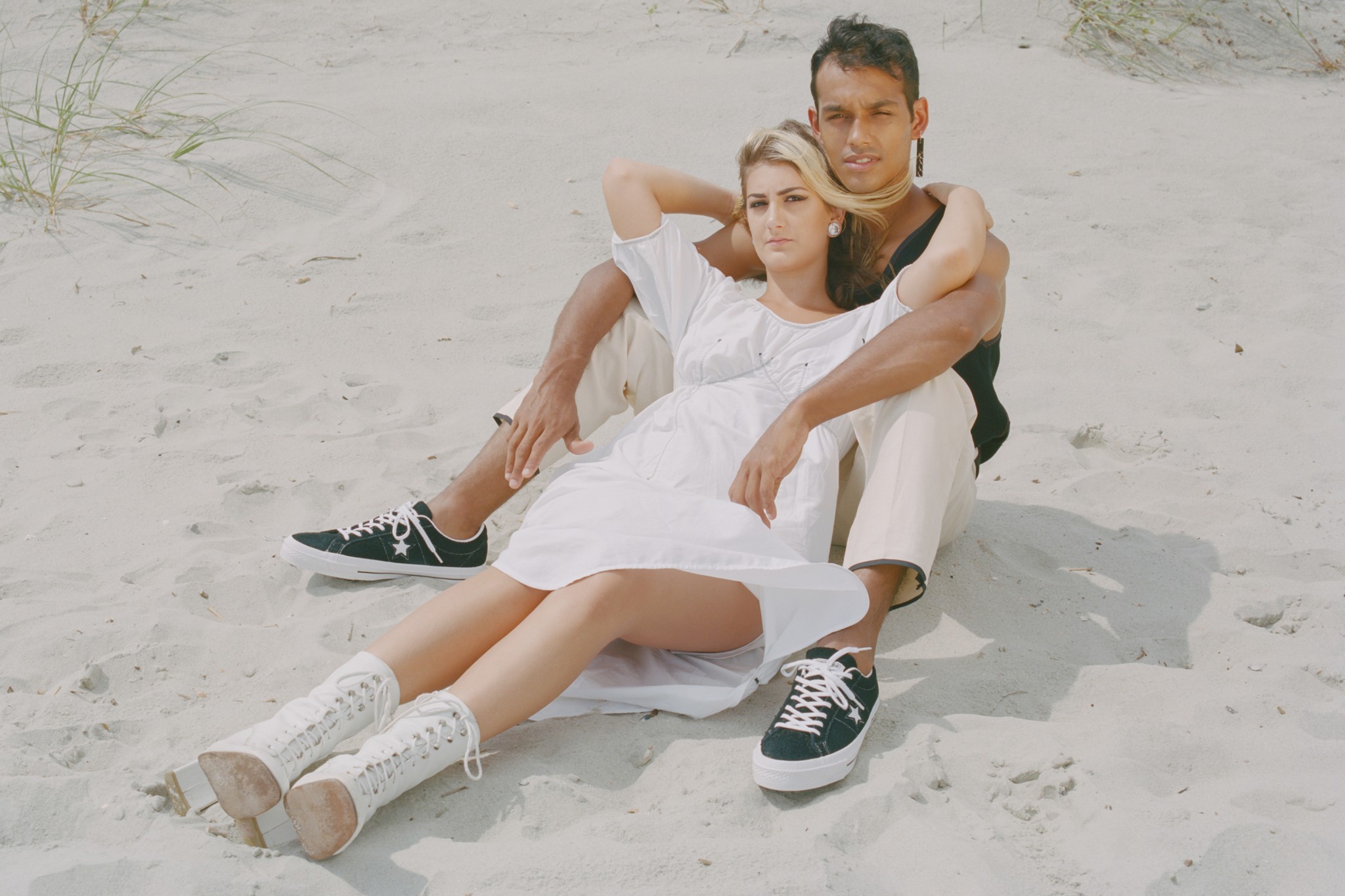 Breno and Brianna have been together for some time. Just this year, Breno started his own car washing business. He has a van and can come to you (if you live in Myrtle Beach) and wash your car. Breno also owns a red Camaro. Him and Brianna also work together at Jimmy’s Hibachi. Jimmy’s is not vegan friendly. 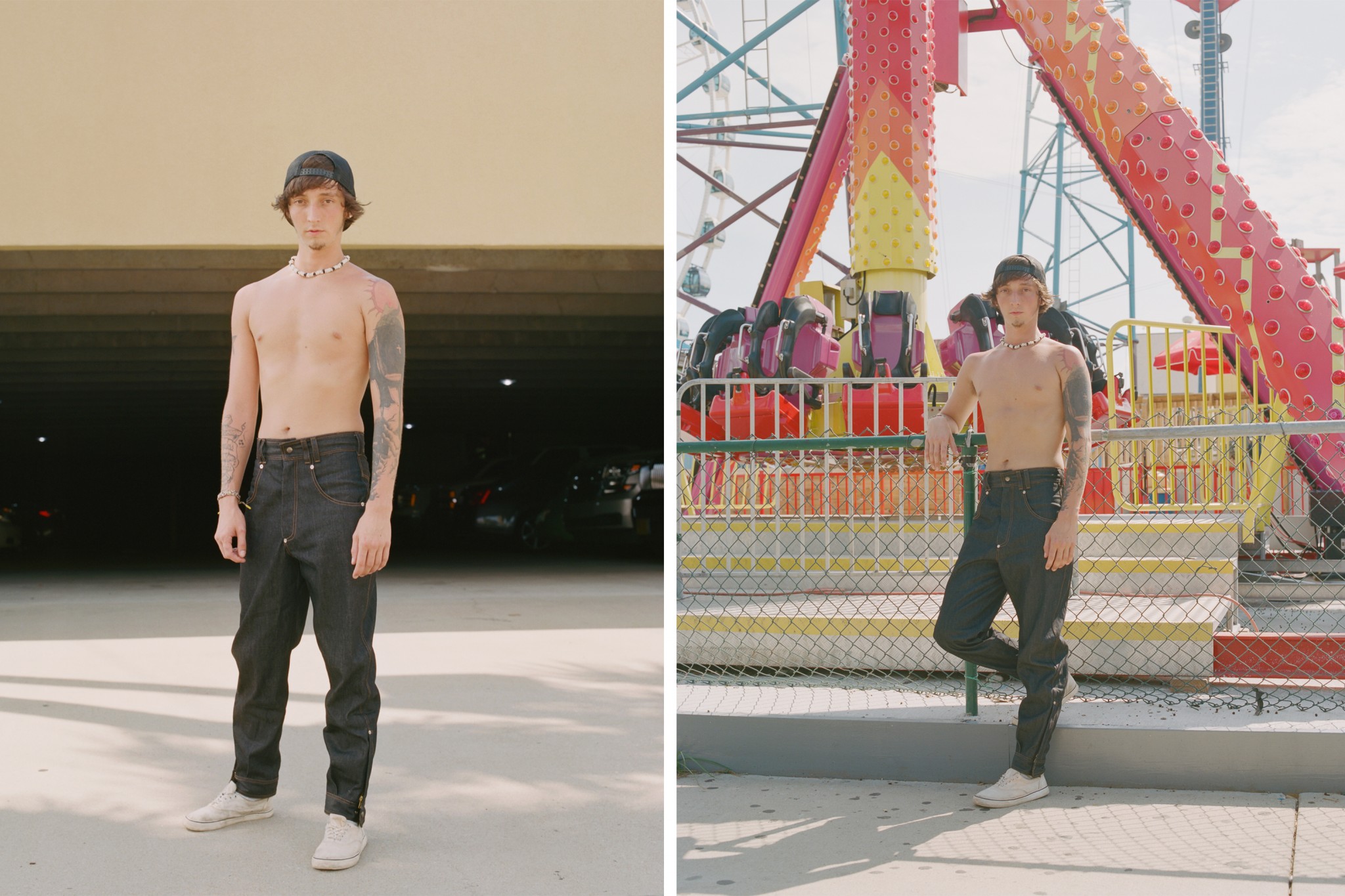 Darren was just chilling on the boulevard when we spotted him. I can’t remember where he was going. He was already shirtless, though, and we figured it’s always best to photograph someone wearing what they’re comfortable in. So, Tess only changed his pants. The necklace and hat are his own. 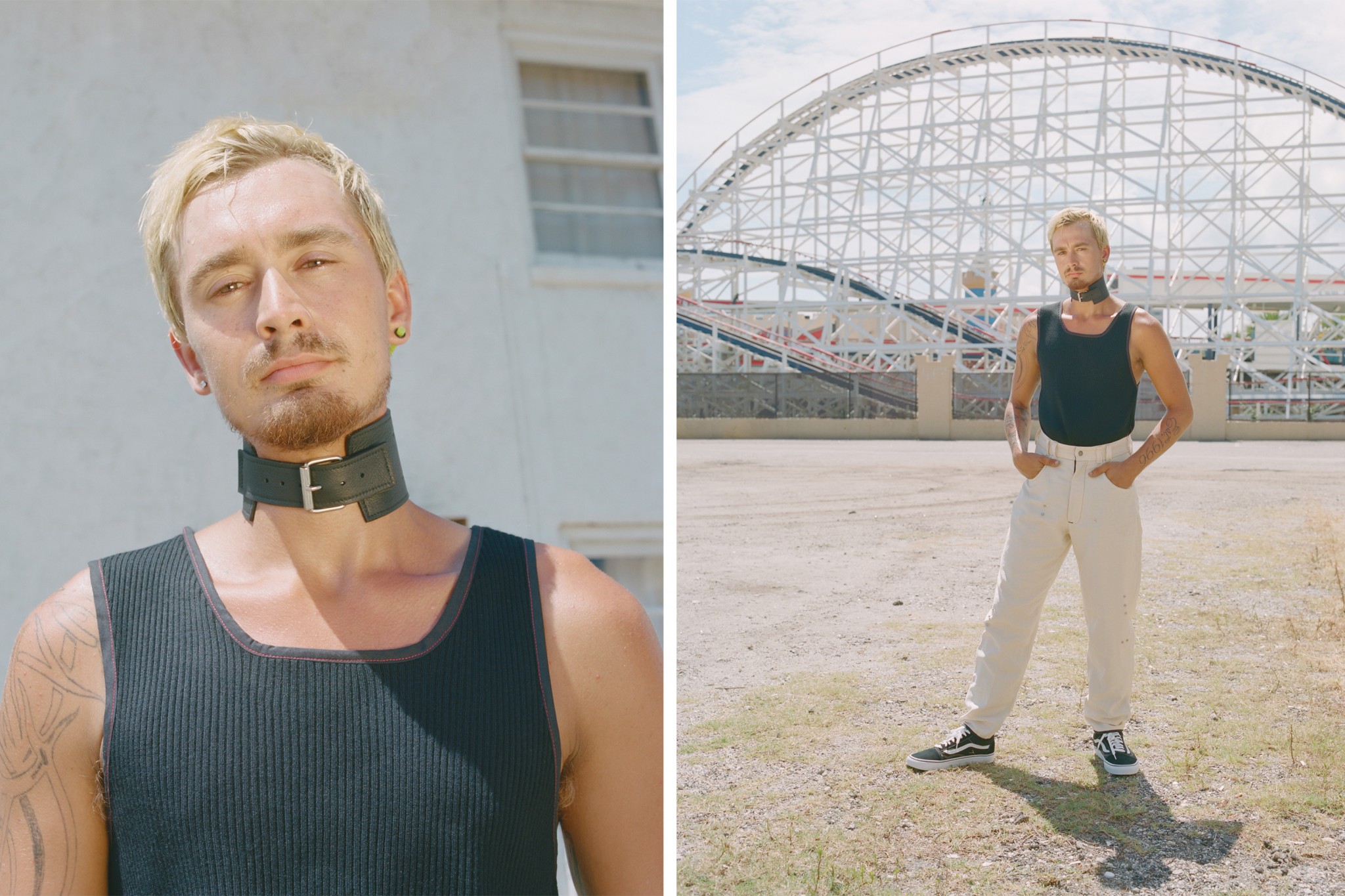 Jordan works 7 days a week. He starts his days at 9:00 AM and often ends them at midnight. It was extremely difficult to get his bosses to let him off for an hour to model for us. He said he loves working, though, because he’s making a lot of money. He works at one of the rides on the boulevard. Jordan has modeled before, so photographing him was a walk in the park. 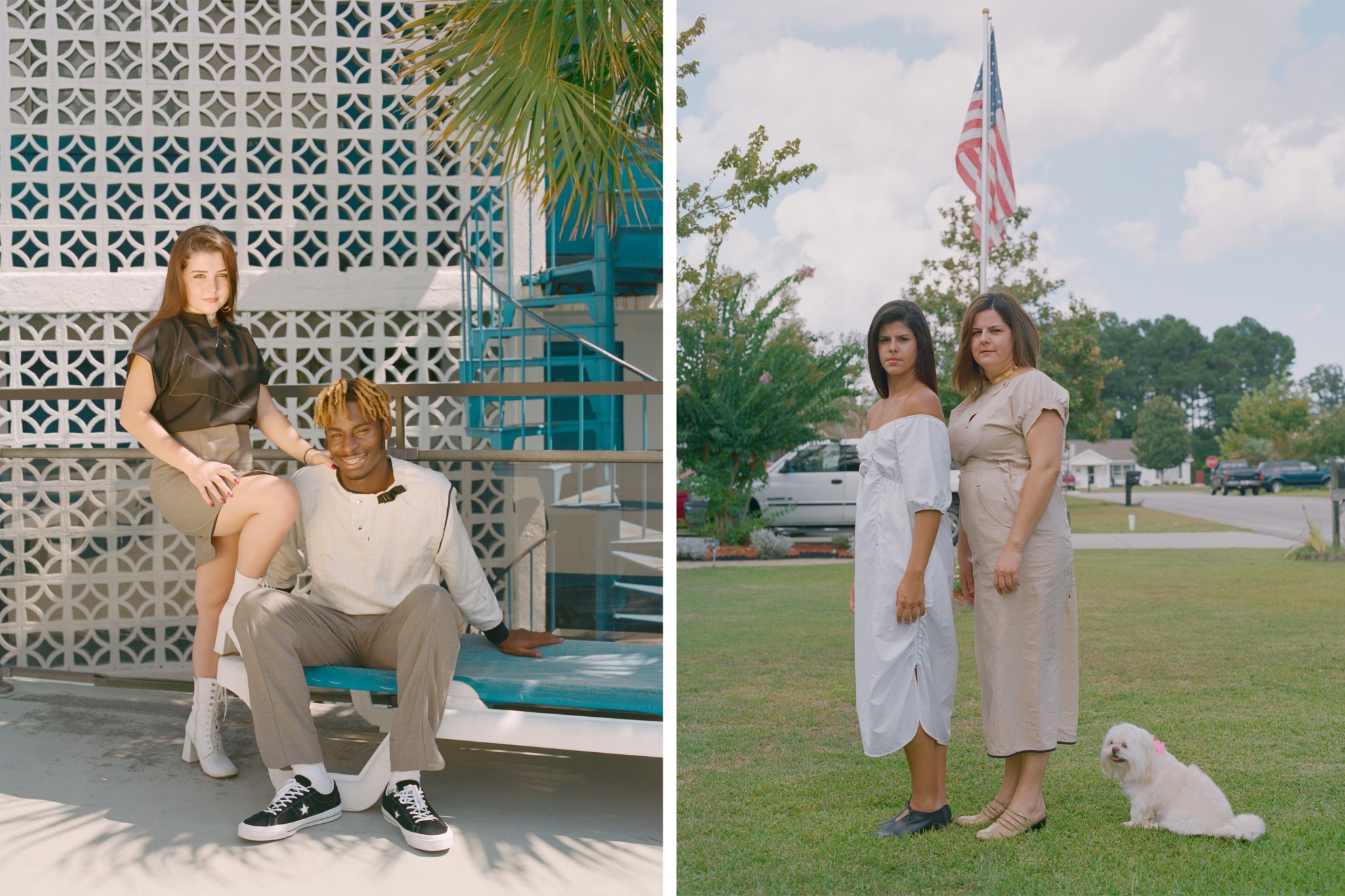 Leo and Amber met in school. They decided to leave North Carolina to vacation together in Myrtle Beach. Even though we offered our not-sketchy-at-all, white minivan, they invited us into their hotel room so that they could change into the clothes comfortably. Leo is from St. Thomas and, now that the two of them have graduated, Amber is moving there with him. Good for her!

Neila and her daughter, Giovanna, live just outside of Myrtle Beach. Neila has the cleanest home I have ever seen. She is also a photographer, but enjoys getting her photo taken occasionally. 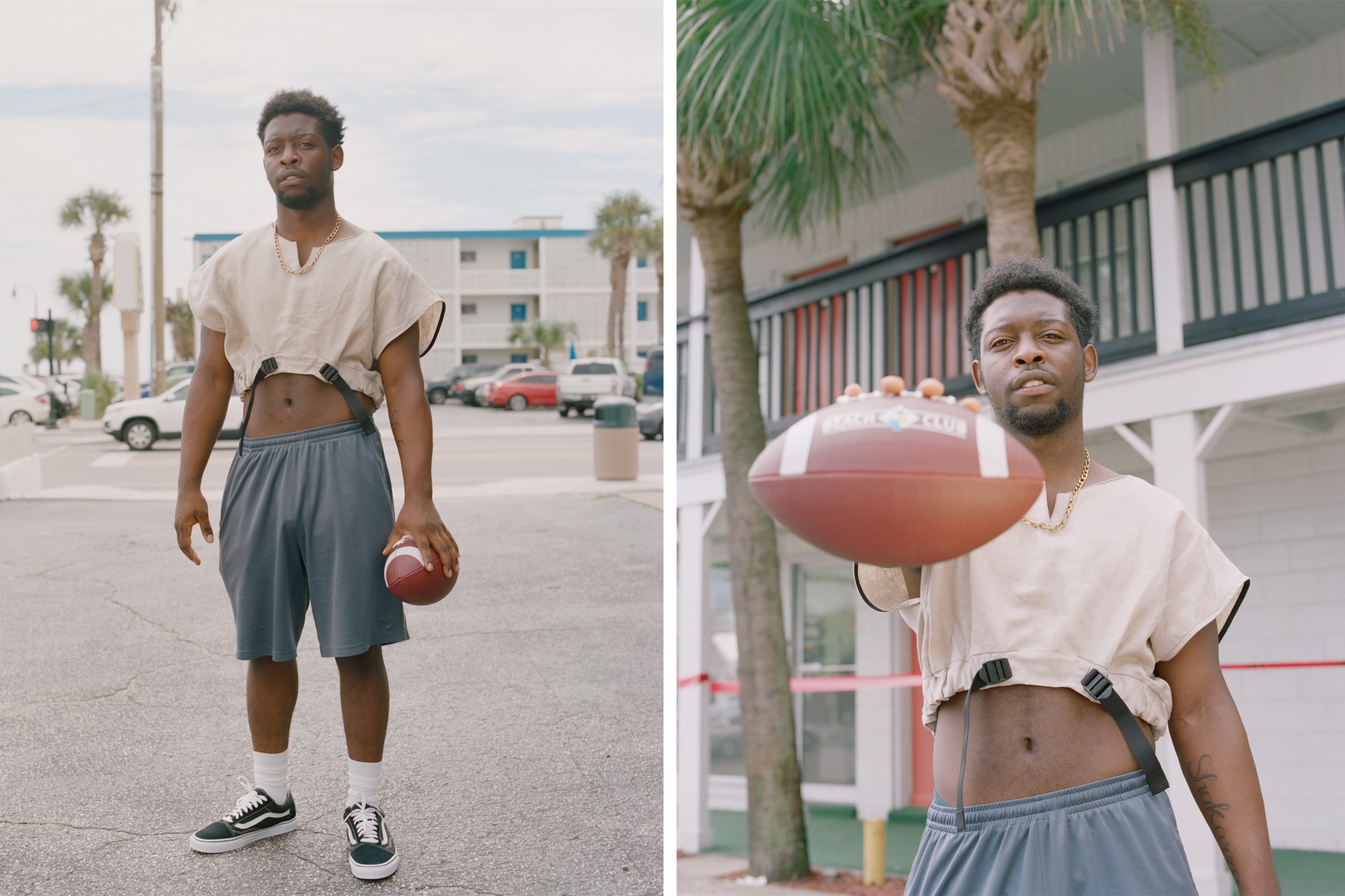 When I asked RJ if I could take his photo wearing some fashion stuff he said, “I don’t care.” We had to do it quickly, though, because his mates were just around the corner, and he was embarrassed that they’d see. He had just returned from football practice on the beach.