Bernie Sanders for President
From the DIS Magazine Team 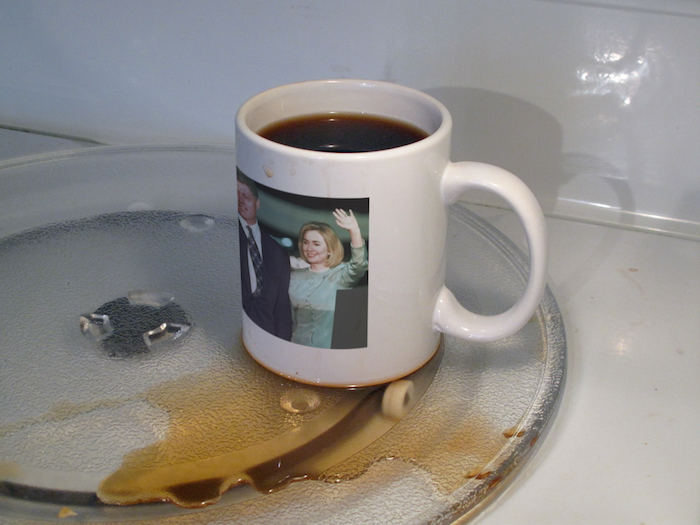 Or at least, we remember them that way. In the Clinton Era, we left the artifice of the 80’s and embraced an empowering, blasé cool, a world of cell phones, gay people and possibility. The economy was booming. The Clintons, celebrities for our time – flawed, glamorous, aspirational – were the perfect embodiment of the American dream.

As they passed welfare reform and repealed Glass-Steagall, the Clintons sold us on the warm bath of incrementalism, even as the punishing vision of capitalism ushered in by Reagan was digging in its heels. Deregulation, a weakening social safety net, the deterioration of unions, ballooning CEO pay and falling capital gains taxes. Wage stagnation. “Tough on crime” Democrats who helped pack prisons to avoid seeming weak. Whether it was the freedom to get rich or the freedom not to care, we were pitched individual liberation in lieu of shared responsibility, and we bought it.

But here we are.

After Black Lives Matter, Occupy Wall Street, Snowden and Chelsea Manning, after the election of Barack Obama, after two wars and the finally realized battle for transgender rights – taken together these agitations represent a call to reject that exclusionary, individualist model of capitalism in favor of something broader – something we all have a stake in.

And the stakes are high.

We beg just for access to a healthcare system where everything is still absurdly expensive, where if you get cancer you need to set up a Gofund.me page just to not die. For many of us, over half of our income goes to rent. We cobble together entire careers of 1099 gigs that offer no benefits, then owe thousands come tax day. We have a despicably racist justice system.

For young people, for creatives, for artists, for the freelance generation – we have a chance to turn the page on the 90’s, to cast a vote for a candidate that reflects a more compassionate alternative, to acknowledge that as capitalism continues its relentless march forward, the system can only go so far.

We believe that candidate is Bernie Sanders. 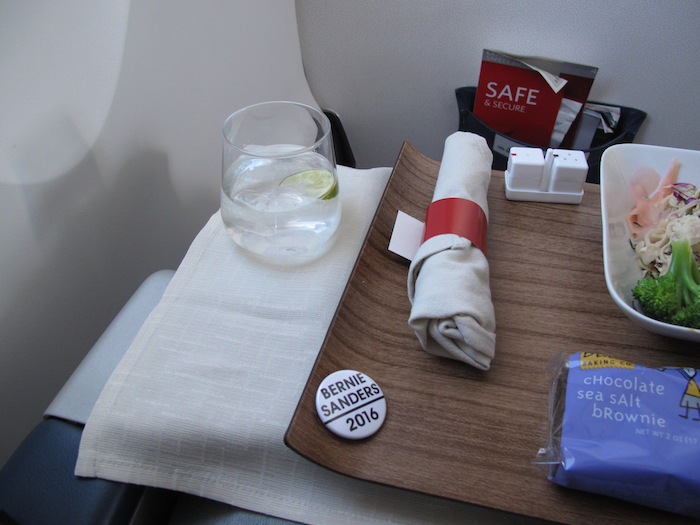 In 2011, Bernie went off about a proposed trade deal with Panama:

“Panama’s entire economic output [is] about two-tenths of 1 percent of the U.S. economy… why would we be considering a stand-alone free trade agreement with Panama, tiny little country? Well, it turns out that Panama is a world leader when it comes to allowing wealthy Americans and large corporations to evade U.S. taxes by stashing their cash in offshore tax havens.”

Bernie was asking the right questions. The tiny, corseted waist of the Americas is indeed a menagerie of financial deviance. The trade deal, which Clinton helped to pass, contained little to fight tax evasion. Why? Because legislative priorities are set by wealthy elites – and they are not particularly concerned with tax evasion.

But we – the youth, the millennials, the Tumblristas – should be.

There is quite literally trillions of dollars hiding offshore, untaxed, around the world. Lost taxes on the American piece of that pie could fund schools, transit, or healthcare. Sometimes that money winds up in shell companies, which are then used to buy property in cities like New York and London. Those glass towers of foreign money help drive up rent for the rest of us. If you’re paying $1,500/month for a bedroom the size of a literal bed, you should be asking the questions Sanders is asking.

Throughout his career, Sanders has asked the right questions.

Throw your hands up and say it’s too hard to address these issues, but the fact is, if it were a priority — we could. We’ve gone to war with two countries in the past 15 years. If we want to do something, we can do it. 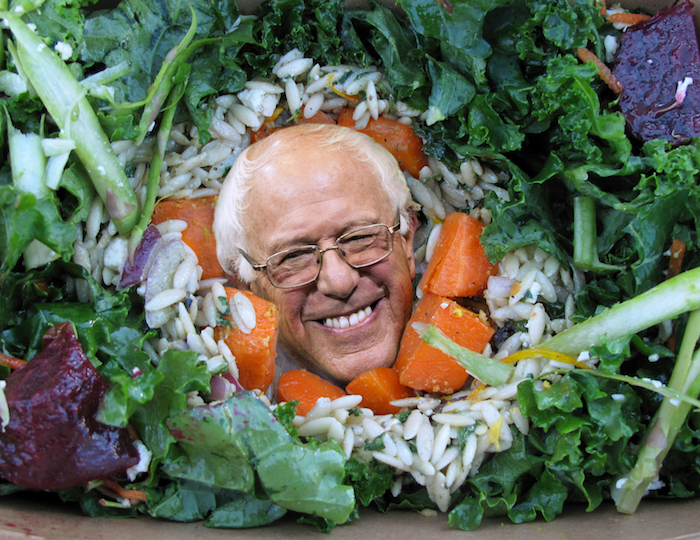 Hillary, in many ways, is lit. She’s a powerful, kickass, awkward woman who’s been through it all and can be relied upon to both bully and negotiate with the Republicans, because she’s tough as nails.

She’s also exhausted. She is the embodiment of much of the political world, which spends 70% of its energy every day just trying to keep its head above water —drafting tweets for approval, worrying about who not to offend, always in damage control mode, trying to “win the day.” The official handbook for Democratic Congresspeople tells you to spend 4 hours a day calling donors, asking for money. It’s a boring, depressing world that is not, in fact, “how things get done.” It’s how they stay the same.

On the contrary, Bernie’s method of creating enthusiasm outside the traditional spheres of politics is already proving effective, and already offering an escape from a political culture that fosters apathy so profoundly. (This apathy is real. In 2014, voter turnout among under 29 year-olds was an appalling 20%. All the Rock the Vote videos in the world can’t convince a generation that has lost faith in the political system – or never had it in the first place).

That is to say, the ‘dreamer vs pragmatist’ narrative may ring false.

Democrats have railed against Citizens United (which allowed Super PACs to flourish) while forming their own Super PACs, a so-called necessary evil of competing. But Sanders has built a powerful campaign without one – the only candidate to do so. Secret corporate money ceases to be influential when it’s literally not used.

A $15 minimum wage bill just passed in both New York and California. Bernie has called for a $15 wage. Hillary is still calling for $12. It was not simply governing brilliance that created those victories. It was momentum from those on the left who demanded it. Without people who move the goalposts farther – without people like Bernie Sanders – we couldn’t build the political capital to get legislation like this passed.

Not a dream – but an achievable goal. 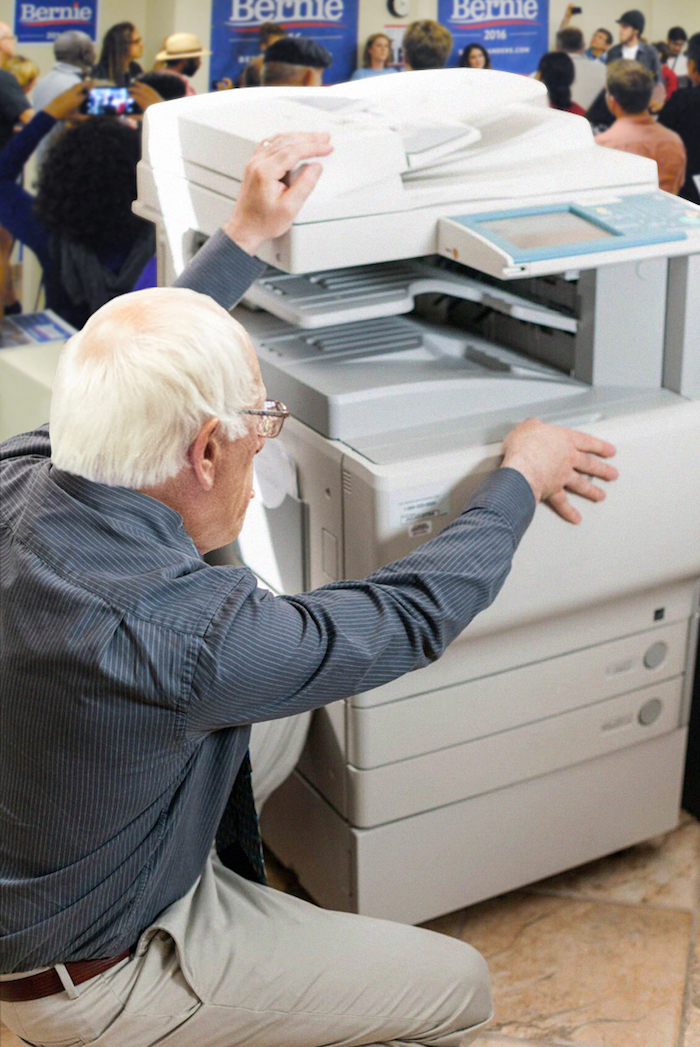 Many sympathize with Hillary. She couldn’t have gotten to where she is, they argue, by cocooning herself in cranky Vermont idealism – she had to link arms with Wall Street, with polluters, with horrendous anti-gay policies like DOMA and DADT, with the death penalty, with the Iraq War, with whatever triangulation of the moment was deemed necessary by polling.

That may be true. But to what end? How tied are we to the notion of personal success, how much can we graft our ambitions on to her, how much do we excuse her willingness to sell out by acknowledging our own? Perhaps most of us are sellouts. But can we not imagine something better?

Bernie’s America is not our America yet. His liberal hick aesthetic, disheveled demeanor and posture towards Northern European socialist democracies would signal a huge shift. His desire to break up the big banks for example, which, contrary to the noise he does seem able to comprehend, is remarkable in that a major candidate is even suggesting it. Voting for Bernie would not be a panacea, but a stepping stone – a rejection of the violent self-interested capitalism we’re familiar with, the neoliberal promise of the past five presidents, Democratic and Republican, that has produced one of the most unequal societies in our history.

Bernie doesn’t need to contain all our hopes. He’s not a messiah.

Instead, we have a chance to vote for more than a person, or a slogan, or a meme – but to continue fostering a cultural, social and political shift that’s already building. To embrace a more compassionate, more communal view of society. To vote not just for a 74-year old senator from Vermont, but for each other.

We strongly urge our readers to feel the Bern in the Democratic Primary.