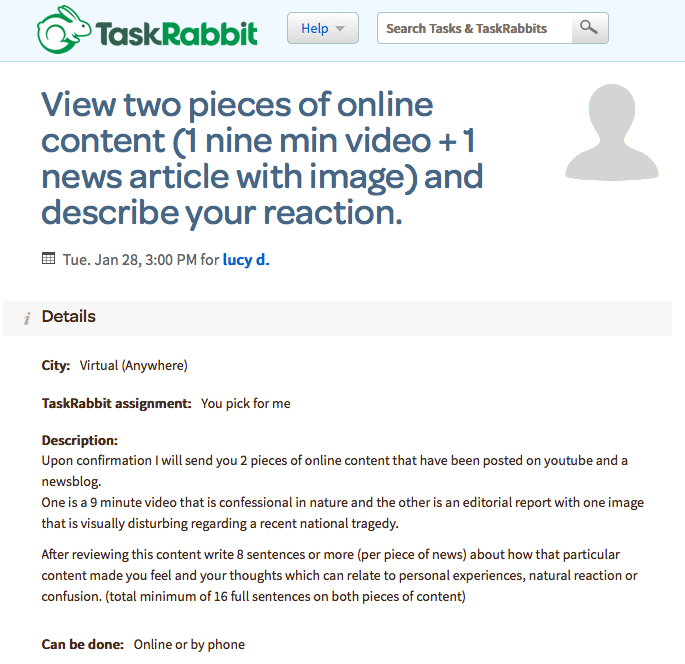 Illia writes:
I watched Amanda Todd’s video… so sad. I hadn’t heard about this story but I’m well aware about the bullying campaigns that are going on around now. It’s bittersweet that people are becoming more aware of these issues. Teens and Young Adults are easily subjected to depression.  However, one should not kill their self, particularly over bullying. I have suffered from bullying.  Ironically, I thought of myself, when the woman in the video, stated that Amanda seemed so strong, but everyone breaks sometime.  I’m seen to others as a strong person, but a person can only take so much abuse before it starts to weigh them down. People often don’t realize how much words can hurt someone inside.  There are times, I felt like I might’ve bullied someone as well, you know the saying “hurt people – hurt people”…. Although I hate the thought of bullying ANYONE. Sometimes we don’t realize how someone’s energy has affected us in a negative way, until we start acting out in the same way.  Sadly I think my 16-yr old cousin is suffering from depression, from peer pressure and bullying. She has run away from home a number of times and is often found posting provocative pictures on facebook and cutting class.  I think it’s best for her to move away from her normal surroundings as well. I also think she should become more active in recreational after school activities and sports.  This way she can keep buy (occupied) and stay away from social media. I feel for Amanda’s family and anyone who has ever been bullied, including myself.  I think youth empowerment and anti-bullying groups such as http://www.glsen.org/ are great ways to end this awful epidemic.

Carolin writes:
After watching the video, I did a little more research online on the topic and was very upset to find out that Amanda Todd killed herself after making this video. It is a very disturbing and sad story, especially because her death could have been easily prevented. Kids now feel that they have permission to be cruel because of the internet. Cyberbullying is a somewhat new concept today, but one that I have experienced first hand when I was in high school. It can be even more damaging than physical bullying because kids feel that they can say whatever they want. Since they cannot be seen, they can be as evil as they want with no consequences (they think). When watching the video, I was happy to see that Amanda was on anti-depressants and was in counseling. However, because of several more attacks from cruel classmates and other people, she still committed suicide. It is unfathomable to me that some of these kids could say these things and not see what they were causing.

Dan writes:
I remember the Amanda Todd story because I’ve worked with children for a long time and bullying, cyber or otherwise, is a topic I care about.  I’ve seen a lot of bullying firsthand, and particularly the kind of bullying that girls put each other through can be brutal.  This video is sad…you can tell she is just a lonely girl who feels there is nobody to talk to, so she just reaches out to anybody on the internet for help.  Although after her suicide there was a lot of support for her, I’m sure that she didn’t feel it at the time this video was made.  I fortunately grew up at a time where Facebook didn’t exist, and I can’t imagine what it’s like now to have every social interaction permanently online to be shared with anybody.  It scares me to think how this might progress just 5 years from now.  Many kids feel more comfortable interacting online than they do in person these days, and that can lead to them getting themselves into trouble.  While the bullying is in no way Amanda’s fault, it’s just too bad that one stupid thing a kid did online–something that so many do–ruined her entire life. 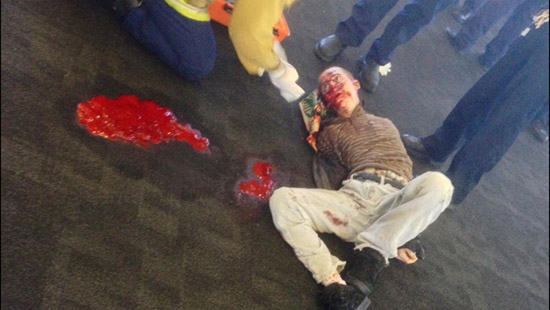 Carolin writes:
This article and image were really disturbing to me, especially because there have been many similar incidents recently and no changes have been made. I hadn’t heard about this shooting until I read this article, and I looked up a few other articles about it. The events make me think about gun laws and why they haven’t changed after so many other similar incidents of mass violence. I believe that there needs to be immediate changes in gun laws so that future incidents of a similar nature can be prevented. Paul Ciancia’s family said that he was not mentally disturbed, but clearly he was delusional with his beliefs about the government. He was paranoid and definitely suffering from a mental illness that was driving his actions. The fact that after he shot a TSA employee, and headed up an elevator, returned to shoot Hernandez again after Ciancia saw him moving is extremely indicative of a mental disorder. I am surprised that Hernandez is the first TSA officer death. I was happy to find when researching that only a few days ago the head of the TSA, John Pistole, rejected arming TSA officers after the TSA union called for this drastic action. Pistole said that “introducing more guns is not the solution” and I agree strongly with this action and sentiment.

Dan writes:
My first reaction to reading this article was embarrassment, as I had actually totally forgotten that this happened.  It seems like there are so many public shootings these days–there was one at a mall in Maryland just this weekend–that it’s easy to let them all blend together.  These stories are all the same…there’s a mentally troubled person which little to no criminal record that just snaps at the wrong time and decides this is what they want to do.  A year ago, after Sandy Hook, there was a raging debate about gun control and creating safety nets to deal with mentally troubled people.  Now these things continue to happen on what seems like a monthly basis, if not more frequently.  And the most they get is one news cycle, and thats it.  I understand that a lot of kids being killed within the normally safe confines of an elementary school is more terrifying, but these things happen so frequently that it really can be anywhere, at any time, in any place.  It seems that the lone crazed gunmen have killed more people in the US the during the past decade than any terrorist has.  I wish it was still a bigger issue.


Lucy Chinen is a researcher, writer, and curator. She is currently a MA candidate in Media Studies and Digital Culture at the University of Amsterdam.