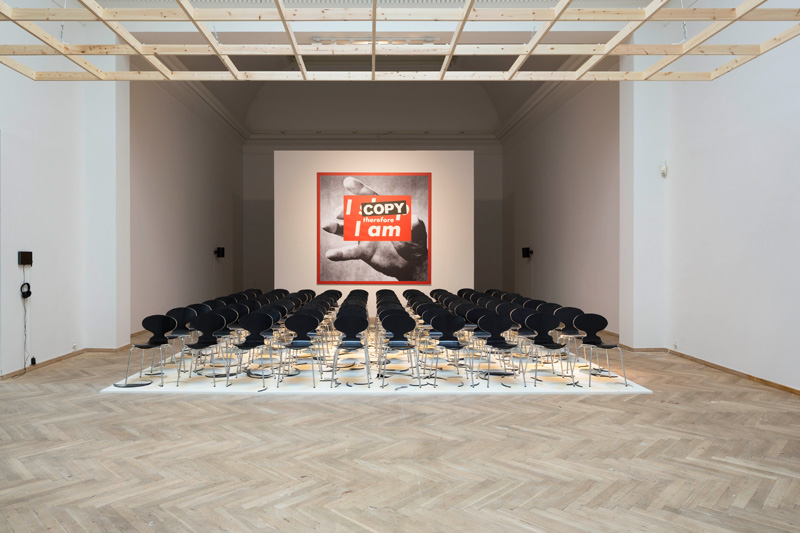 20 years ago, Superflex appeared on the art scene with their first major work: the opening of a highway in the province of Copenhagen. The moment the minister of traffic cut the red ribbon, which the artist group had set up, was broadcast on national television. Afterwards Superflex expressed their hope that the beautiful new road in the Danish countryside, which they claimed as theirs, should never be used. Soon after Superflex hit the headlines once again with another hack. This time the story revolved around their kidnapping of the Danish Queens’ famous wiener dog. All of this while the three ‘flexies’ – Jakob Fenger, Rasmus Nielsen and Bjørnstjerne Christiansen – were still at the art academy, where they had succeeded in setting up their company and registering their address.
Since then, the company has created many subsidiaries such as Supergas, which produces biogas systems sold in Africa, and the soft drink cooperative Guarana Power with Brazilian farmers. They have launched an interactive online replica of a Swedish city before Second Life and the user-driven net-tv station Superchannel before YouTube. They have opened Free Shops, where everything in a given boutique is suddenly for free and served Free Beer, where people pay for a product which is free only as open source. They have reconstructed the executives restrooms of the New York JPMorgan Chase headquarters in the popular Olimpic Restaurant on Delancey Street and recently they have opened two big retrospectives. One is at the Jumex Foundation in Mexico City and the other at Kunsthal Charlottenborg in Copenhagen.
For the Danish show titled ”A Retrospective Curated by Superflex”, the artist group has invited eight curators from around the world to curate a show each. One of the curators, Toke Lykkeberg, has set out to grasp what Superflex is up to.

Toke Lykkeberg First, I’m still wondering: How did you actually succeed in organizing the opening of that great freeway?

Jakob Fenger It kind of came naturally. At the art academy we were among painters where we felt a bit like we-were-supposed-to-go-to-a-car-registration-office-and-instead-ended-up-in-a-drug-abuse-center. We felt alienated and it came natural to look elsewhere. When we started to talk to the people working on the highway project we discovered a lot of overlaps in the terminologies used – like the guy who drove this enormous machine that makes the stripes on the highway whom they called Rembrandt. We felt at home. And with their experience in land art – so many things to talk about… But then when it came to the opening, we had much more expertise because as an artist you do several openings a year and for the freeway people it happens once or twice a decade. 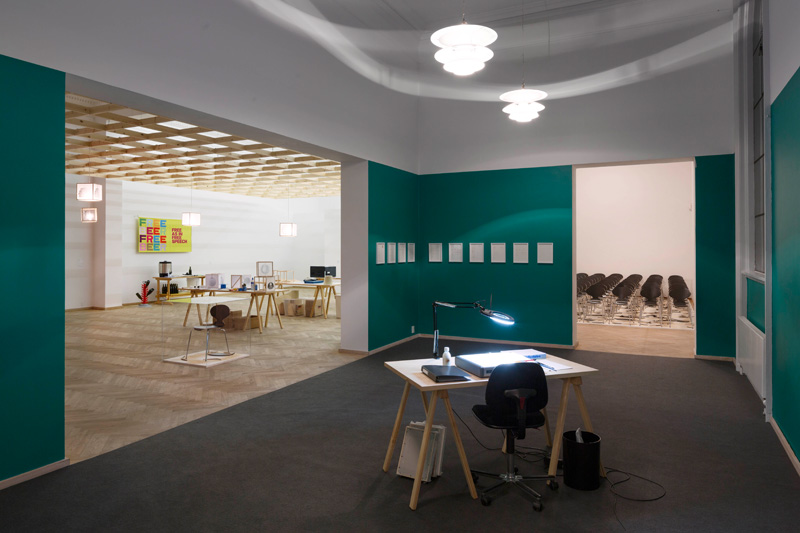 Toke And the kidnapping of the queen’s dog?

Jakob The royal family did not pay enough attention to their dog and we just happened to be in the right place at the right time.

Toke Eight curators curating one artist group – it sounds kind of overkill. I’ve never heard about such a concept. What is that about? 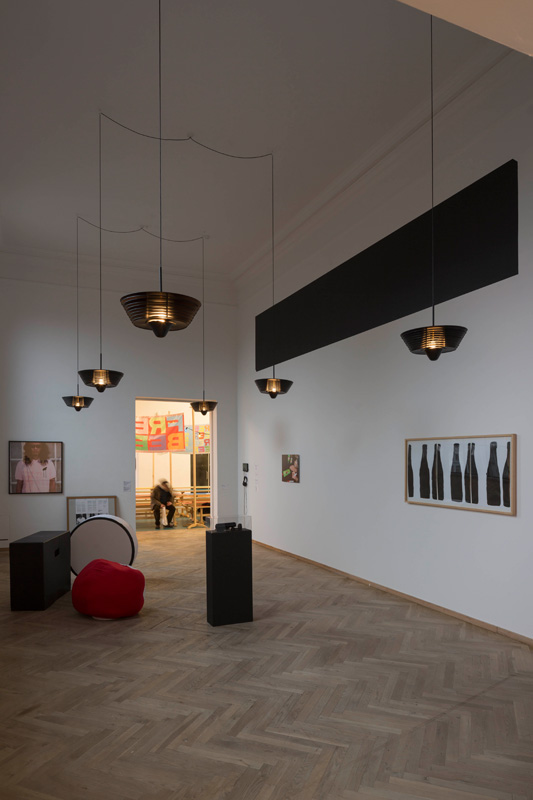 “Superflex: a retrospective of censored, ‘unrealised’ and untold stories”
curated by Rirkrit Tiravanija

Jakob The starting point was that within a short period of time we were called radical leftists, neo-liberals and then socio-democrats, which of course is the worst. We thought that this multifaceted view of our practice could be an interesting starting point for a retrospective. So we invited many curators and it played out beautifully with very different exhibitions and several works appearing twice.

Toke One of the curators, whom you have invited to Copenhagen, is artist Rirkrit Tiravanija with whom you’ve often collaborated. He is known for cooking and much like your work many people do not think of that as art. Others would say that art has to challenge our conception of art, which means that your art is more art than what people might think of as art. Do you care about such speculations?

Jakob No, not really.

Toke Do you think it shines through in the curation that Rirkrit is an artist, whereas the other curators are not? 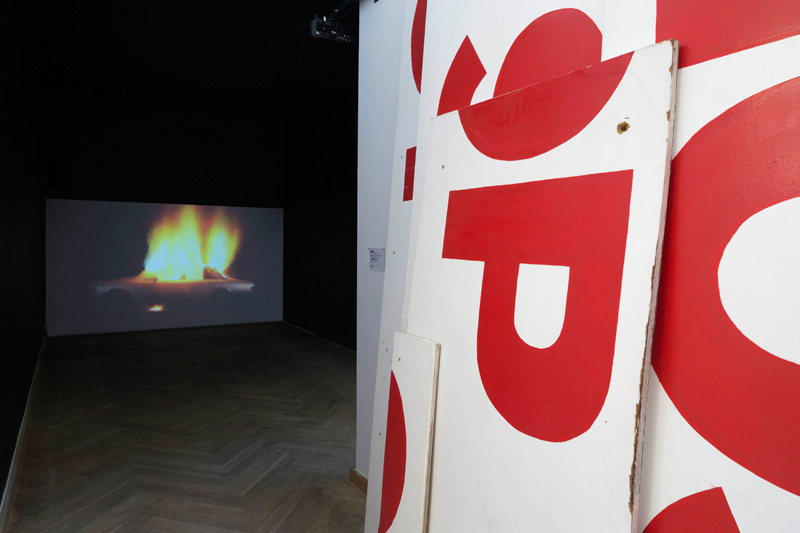 Toke All in all, you have invited eight curators to curate you. However, when I saw your title for the show, which describes the exhibition as a show curated by yourselves, I was surprised: So who have actually curated the show in Copenhagen?

Jakob I am still not quite sure about that. We did work a lot on the exhibition, but the idea was that the moment the curators were selected we did not interfere. It was up to them to make the show and attack things from their perspective, which leads us back to the starting point. 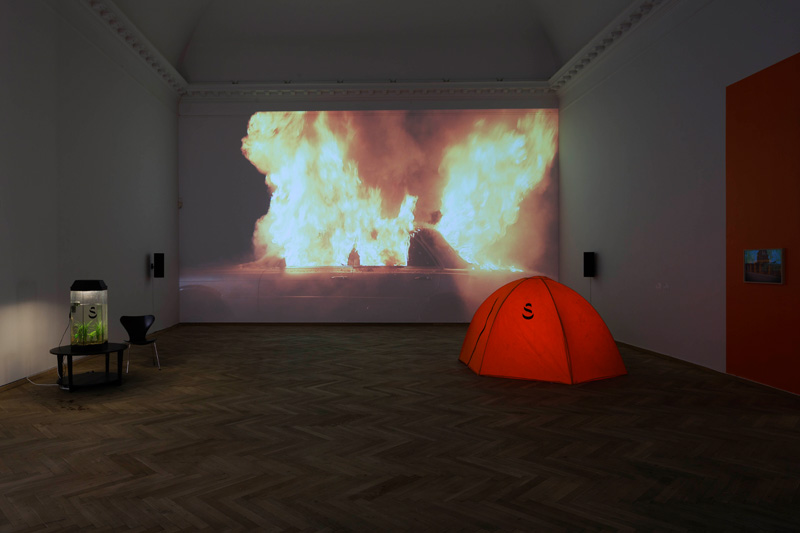 ”Branding as Branding – the Making of Superflex” curated by Toke Lykkeberg

Toke Right, the starting point was an interest in the politically divergent agendas people ascribe to you work. So what do you think about the outcome of the show – did any of the curators present your work in a light which made you uneasy? I guess when you ask so many curators to curate a show each you may loose control…

Jakob Instead of speculating and theorizing about the world, we involve ourselves directly in real situations we find important and interesting. The method may be to make soft drinks, copy-shops, television stations, biogas, etc. that challenge set ways of thinking. When we involve ourselves so directly in this manner, it is inevitable that we sometimes lose control. Losing control seems to be a necessity.

Toke You launched the online TV station Superchannel in 1999 and by 2005 you had more than 30 studios around the world. But then YouTube opened and you slowly withdrew from the project. Superchannel is often mentioned as a proto-YouTube project. How do you think Superchannel and YouTube compare as online platforms for content provided by users?

Jakob As you say, Superchannel started way before YouTube. Superchannel was interactive – the audience could talk live back to the producer through a chat while streaming. This was groundbreaking – believe it or not – at that time. YouTube came around in 2005 and what they did was to skip the streaming part and the chat. Our interest was the live interaction and to promote interaction through conversations. YouTube was basically a place to store your wedding videos. 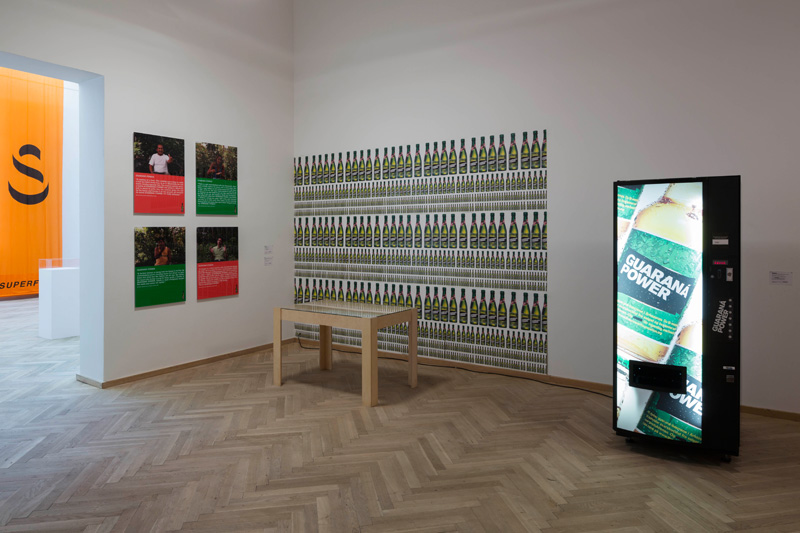 ”Branding as Branding – the Making of Superflex” curated by Toke Lykkeberg

Toke Well, one might say that web 2.0 generates a lot of so-called crap, but might that not exactly be the fertilizer, which makes something else grow?

Jakob But I am not against crap. There’s some crap around which is even really fantastic in itself.  And for sure to go back to your metaphor, some crap end up being productive. In the feel-good-industry organic waste is often referred to as “the uranium of the third world” – DON’T WASTE WASTE!

All photos by Anders Sune Berg